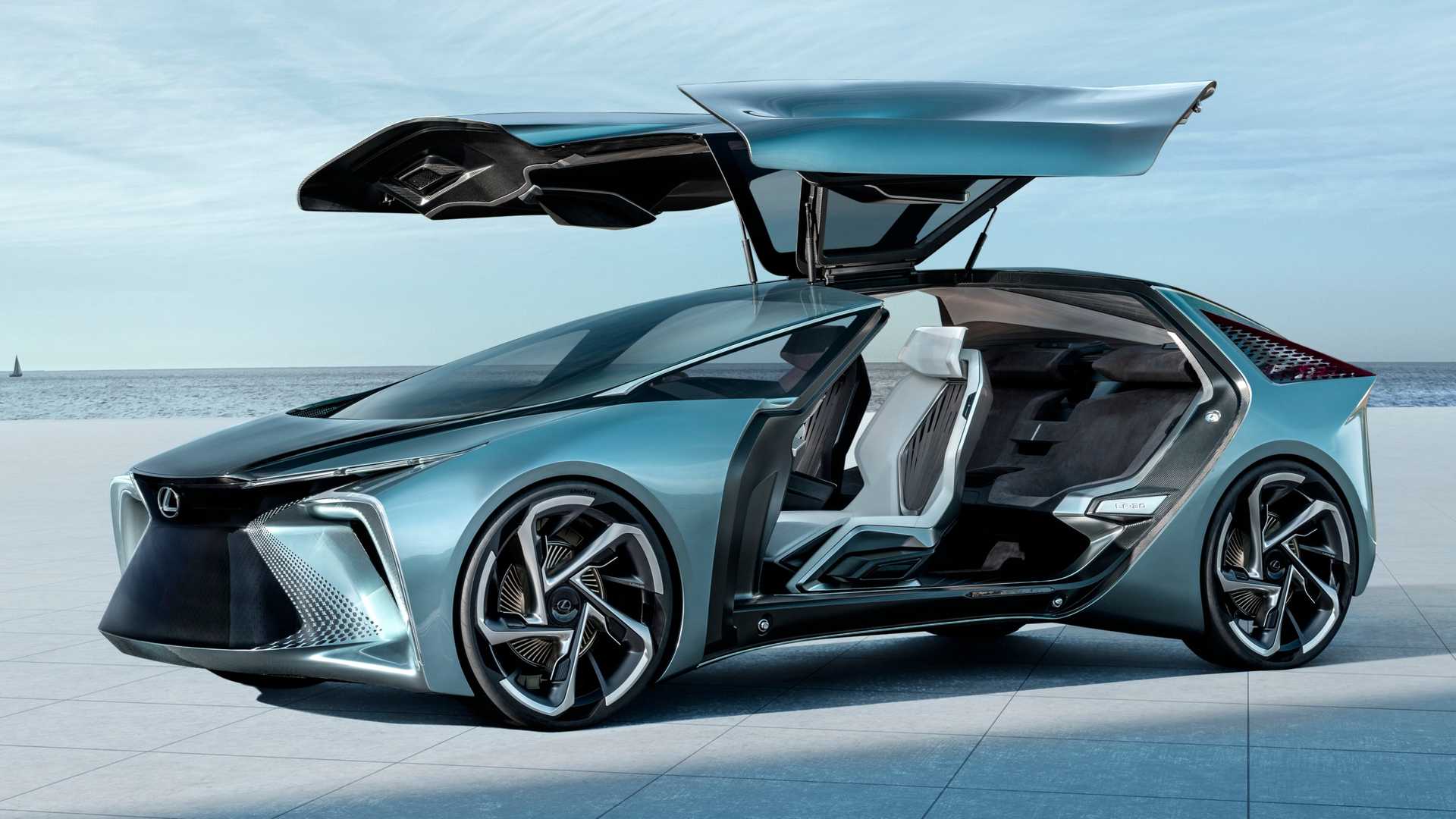 Although controversial in its space-age lines and far fetching features, the spectacular mobility concept drew substantial global attention. In fact, the LF-30 Electrified Concept was among the show’s most mentioned and photographed vehicles on social media platforms. As a design study, such attention on the show floor and virtual space was its intention: The LF-30 Electrified Concept represents a design statement, one that embodies the brand’s future vision of electrification, foreshadowing vehicles comprising the Lexus Electrified mobility portfolio of 2030.

Toyota Europe Design Development, known also as ED², created LF-30 Electrified. Headed by Ian Cartabiano and nestled in the hills near Nice, France, ED² represents one of four main global Toyota/Lexus design studios, playing the lead role in designing the most recent Toyota Yaris and C- HR. The LF-30 Electrified Concept marked the first time the Europe-based studio was tasked with developing a concept vehicle for the Tokyo Motor Show.

“The pressure was on,” Cartabiano said. “It was a great honour to be asked to undertake such an important project because never before has the European design team been asked to produce a show car for the Tokyo Motor Show, but at the same time, it was a huge responsibility.” 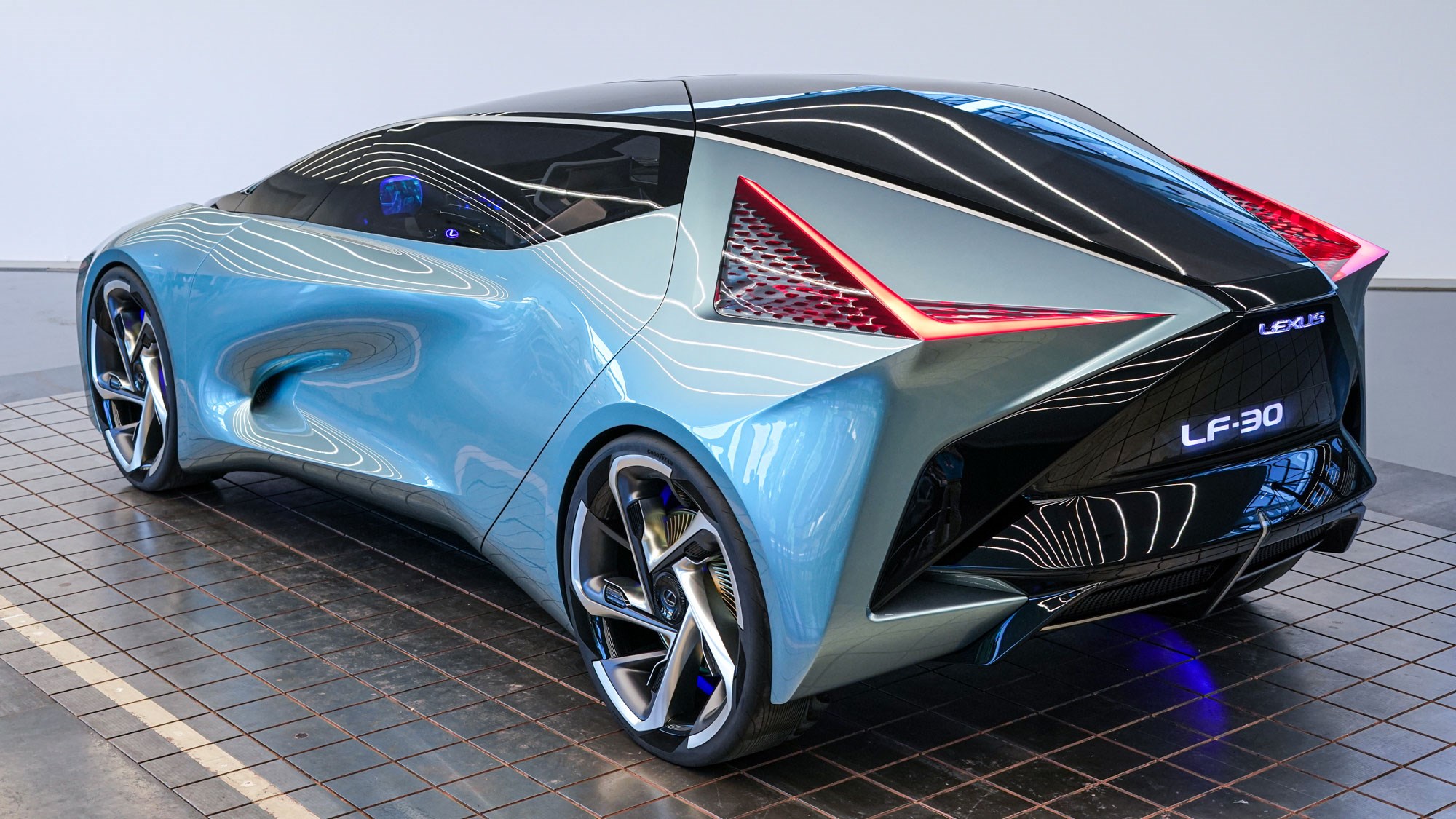 According to Cartabiano, his team at ED² did not put pencil to paper until after two months of intense discussions that defined the characterizing philosophies of their ground-breaking vehicle. It was of great importance to do so, as their concept would signify Lexus’ vision of EVs to come.

“We talked about the philosophy of Lexus’ future, the philosophy of the Lexus lifestyle and what an EV means for Lexus. Only when we had a clear philosophical view of what we needed to create did we start our sketching phase,” Cartabiano said.

The ED² team decided it was vital to start with the principles of L-Finesse, Lexus’ design philosophy built upon three thematic pillars: Seamless Anticipation, Incisive Simplicity, and Intriguing Elegance. Through its foundation, L-Finesse, which has served as the mantra for the brand’s design language since its official introduction in 2003, identifies Lexus as a global brand with Japanese roots. From there, the ED² implemented what it calls “Yet” philosophy into the soul of the LF-30 Electrified Concept.

What is Yet philosophy? According to Cartabiano, Yet philosophy describes how seemingly contradictory characteristics can combine to form a symbiotically balanced outcome. And the LF- 30 Electrified Concept is filled with examples of this, such as “comfortable yet sporty,” “handcrafted yet high tech,” “smooth yet powerful”, and “flowing yet stable.” The vehicle also possesses Lexus’ core design philosophies of “Omotenashi” and “Experience Amazing”. But Cartabiano says LF-30 Electrified has something new, something he calls “Seamless Emotion.” 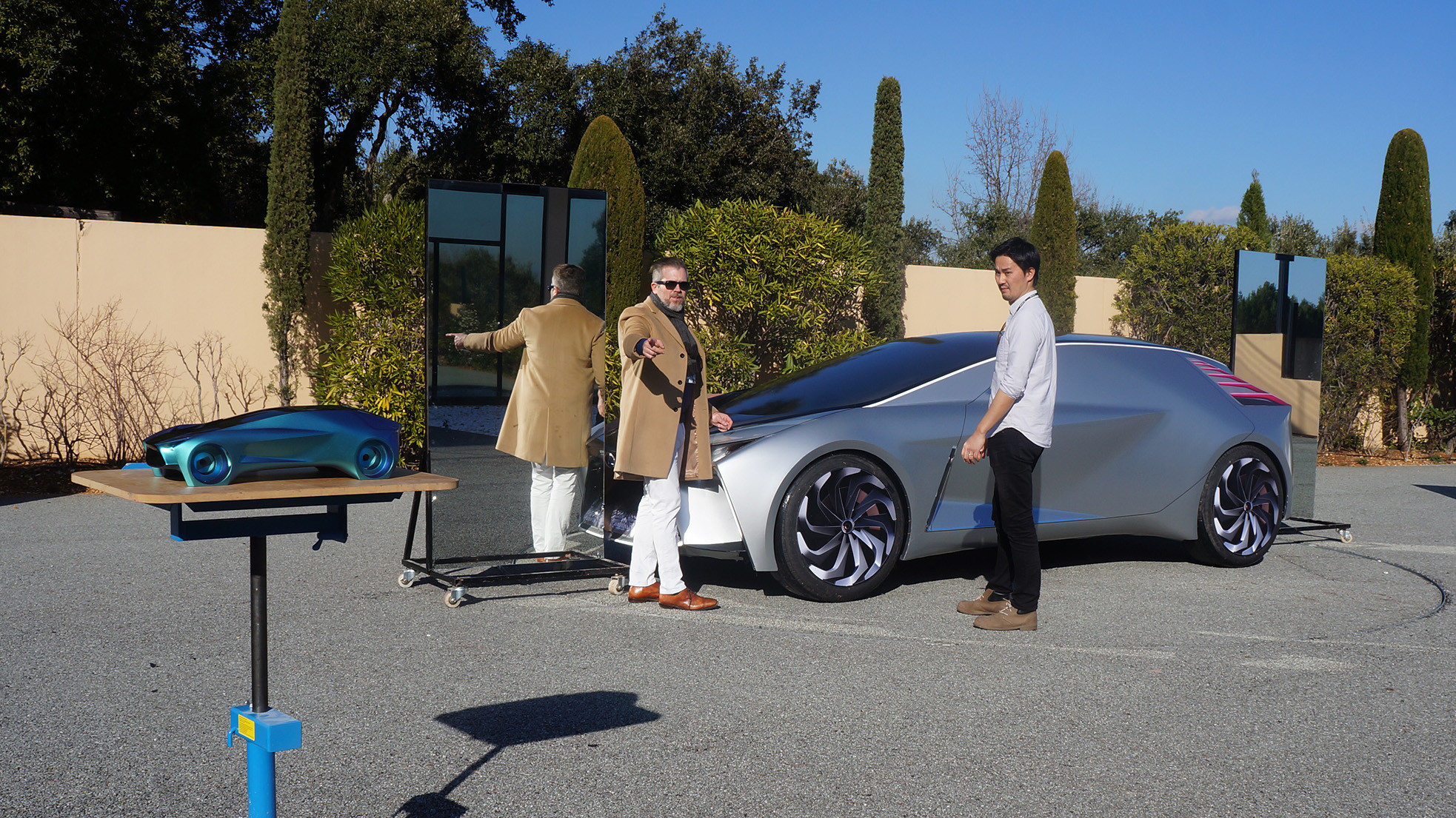 “Seamless Emotion is the brand’s vision on the way it will implement ‘electrified’ design language for the future.” he explained. “It’s all about seamlessly bringing in the elements that can make EVs cool. Not just in styling terms, but also performance, comfort, and tech, bringing them all together in a seamless manner.”

The LF-30 offers a dramatised glimpse of the electrified future for Lexus. It is, in fact, a dream car; therefore, the design team used these key words – Brave, Artistic, Futuristic – to define every one of its facets, from the exterior and interior to the materials and finish.

“Our goal was to look to the future for inspiration and find the next authentic luxury performance image. What was absolutely crucial was that Lexus Design in Japan asked us to ‘go for it,’ giving us the freedom to dream the entire project from start to finish, with no restrictions whatsoever, so we did what they asked. We went for it,” Cartabiano said.

“It is a polarising, provocative design. Not everybody is going to love it, but that’s okay because that’s our brand identity. We wanted to keep this level of provocativeness, but move it to a smoother contrast,” he said. “For the starting concept, we focused on the symbiotic combination of these key phrases: ‘Active Driver-Focused Control’ and ‘Active Luxury Lounge Environment,’ and this resulted in a totally new exterior shape that you see here.” 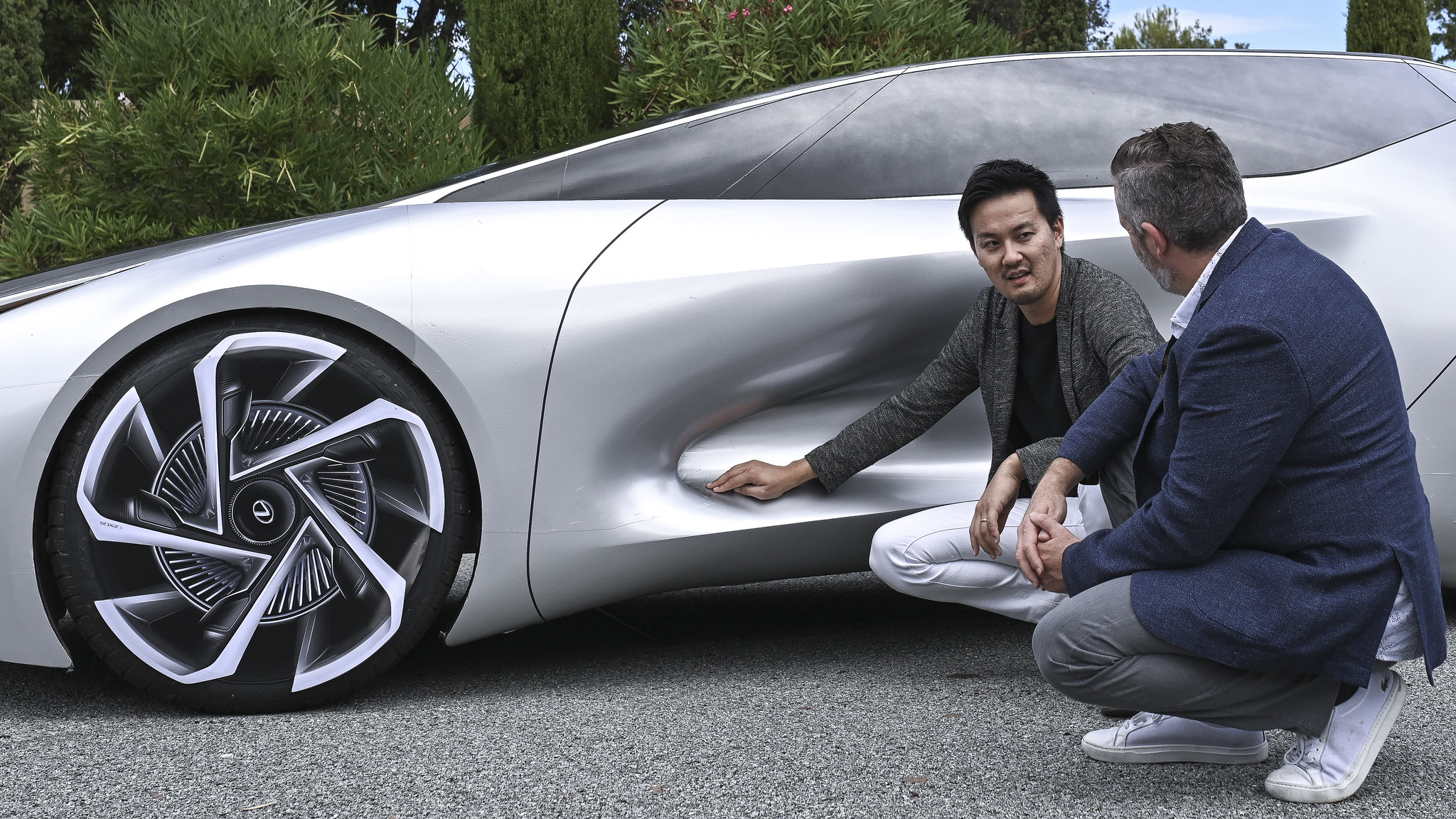 Thanks to the flexibility provided by the EV platform, chief exterior designer, Hideaki Lida, was able to incorporate totally new design ideas into the vehicle.

“We have a new powertrain that allowed me to create a new category and profile. I wanted to use the EV platform to create something that would break the tradition of a conventional luxury sedan, one that conveyed power, agility, and luxury,” he said.

The proportions of LF-30 Electrified are characterised by a profile that designers call the Speed/Lounge Profile. Intended to maximise the layout provided by the EV drivetrain, it breaks convention with today’s sedans to allow the vehicle to achieve the best of both worlds: sport and luxury.

“The front of the vehicle expresses speed, while the rear suggests a comfortable lounge. The middle of the LF-30 is lifted, but the roofline remains sleek and the tyres planted firmly to the ground. And we wanted to ensure there was plenty of space for passengers: the LF-30 is the length of the LS flagship sedan and possesses the couple distance of the LM luxury minivan,” Lida explained.

While the LF-30 lacks a grille, the brand’s signature spindle theme is represented in the vehicle’s overall architecture. A keen eye will spot the subtle shape of a spindle in the headlight wings and front fenders flares at the front of the vehicle. Also, when the vehicle is in autonomous mode, a soft light highlights the spindle shape integrated into the front fascia. 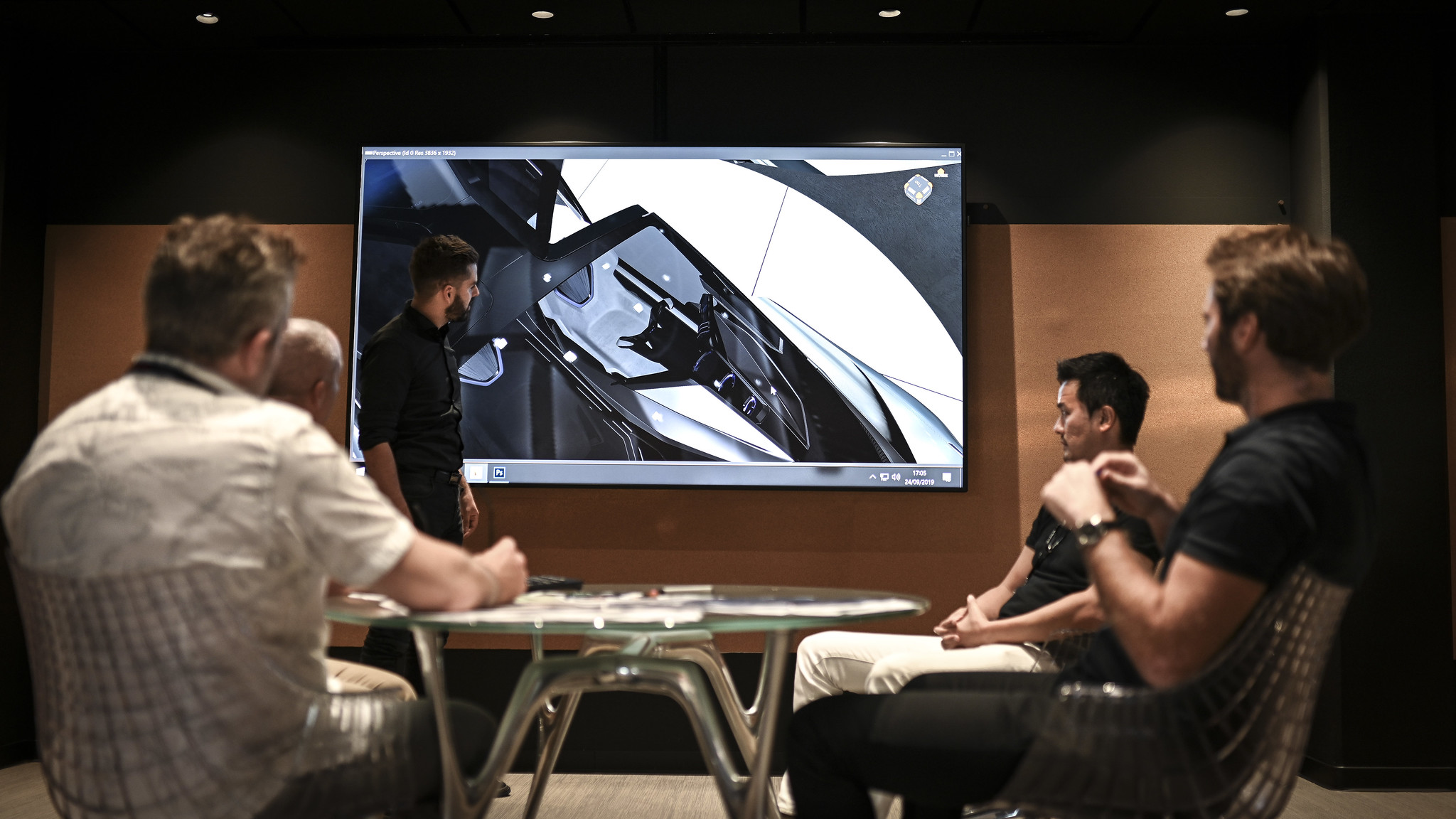 Much attention was paid to the details, according to Lida, which includes the integrated wheel/tyre system – the first of its kind – the turbine fins that cool the battery, and the motors that are visible through the wheel spokes. It features a large “glider” door, which gets its name from the forward- mounted pivots that allows the door to open and close like the wings of a glider. But Lida’s favourite detail is the charger, located at the rear of the vehicle.

“It’s a cordless system and, when charging, a series of lights mimic water drops going up from the ground into the vehicle,” he said. “We also used water in the wheel design, in the way the spokes seamlessly assimilate with the tyre. Water has an eco-friendly, sustainable image, so we thought it was appropriate to use it as theme for this vehicle,” he said.

The cabin’s thematic direction aligns near perfectly with that of the exterior, emphasising the LF-30 Electrified’s sportiness and agility through the front interior space in what designers labelled “Active Performance.” It simultaneously accentuates comfort for rear-seat passengers in a style they call “Active Zen.”

“We wanted to offer a direct connection experience for the driver. We call this the ‘Tazuna Cockpit,’” Alex Gommier, the chief interior designer of the vehicle, explained. “Tazuna refers to how a single rein can be used to achieve mutual understanding between horse and rider, as he or she melds with the outside environment. We also included steering controller- mounted switches, a gesture-control system and a head-up display to create a cockpit that enables drivers to focus on driving, even while operating different controls inside the car,” he said. 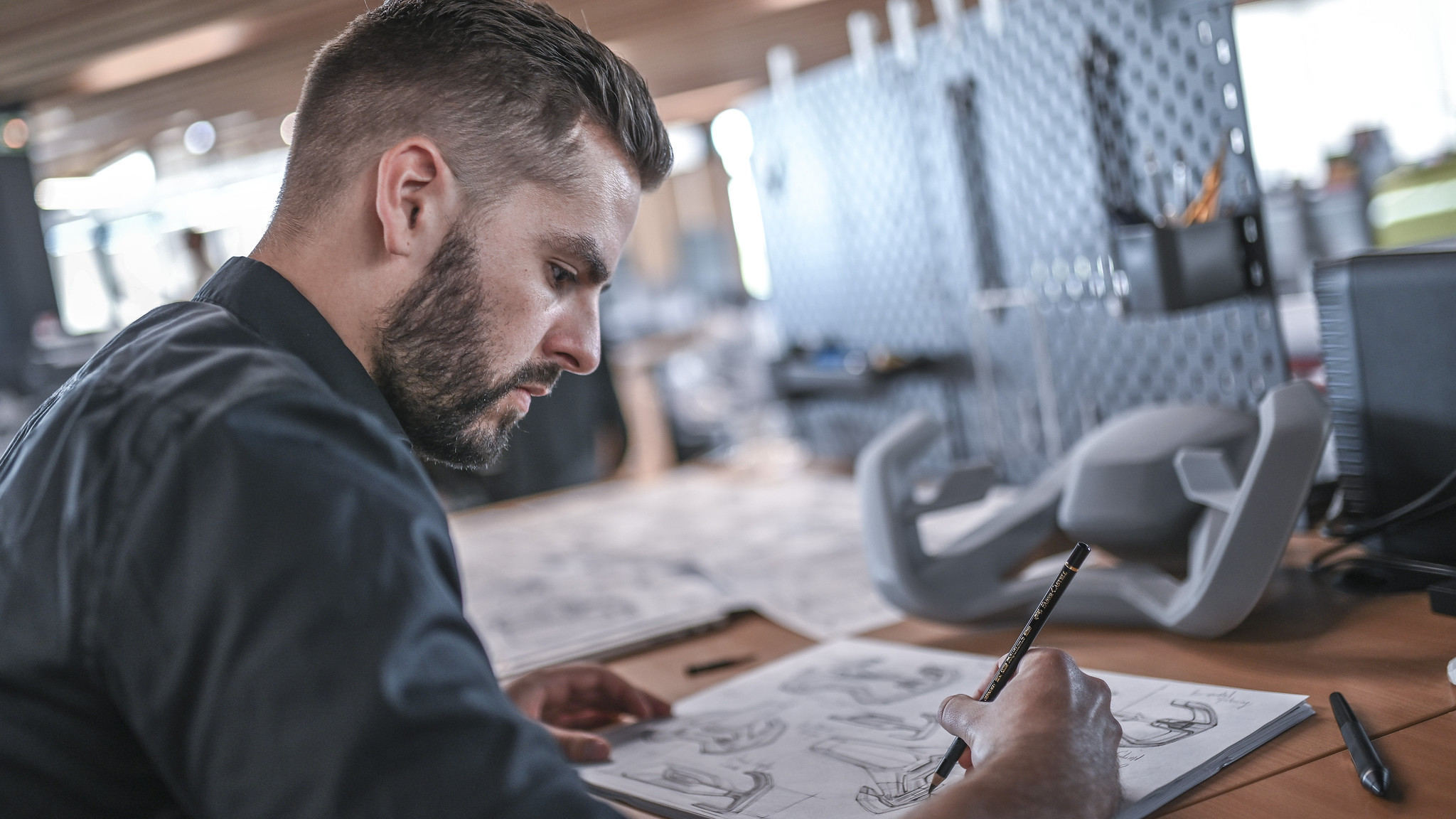 The highest calibre of first-class airline seats inspired the LF-30’s front passenger space. Gommier and his team researched the newest and finest air cabins and incorporated the best of what they found. All switches and controls are placed within easy reach and a gesture-control large-screen display for the passenger adds extra convenience.

Rear seats use artificial muscle technology to mould to their occupant’s physique, and feature modes such as reclining, relaxation, and alert functions. Those occupying the rear cabin are treated to the unique Sky Gate, a gesture-controlled display window that uses AR (Augmented Reality) to display information such as a realistic star-filled sky or favourite videos and even navigation.

“We wanted to bring the augmented navigation experience to the rear passengers. We borrowed from the ancient sailor’s ability to navigate the sea by using the stars in the sky. When you look up at the Sky Gate, you can see the star map, but it can also transform into a modern-day navigation map, the same as one displayed on the driver’s monitor,” Gommier explained. 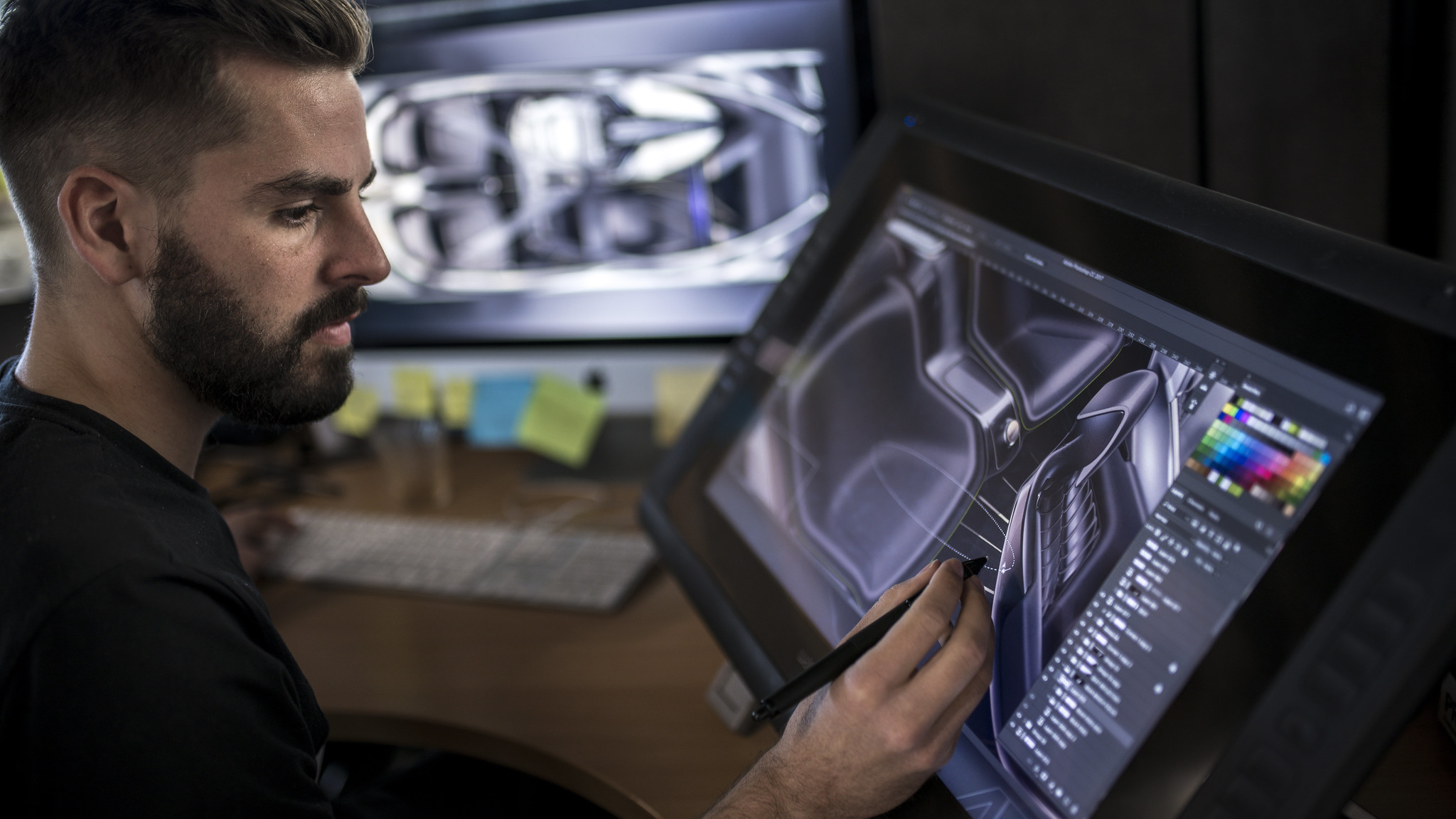 “The cabin of the LF-30 exudes a ‘warm yet dark co-ordination’ – another example of Yet philosophy where we blended Japanese tradition with European design. The subtle co-ordination of these two styles resulted in what we call ‘bespoke luxury’ that charts the future course of our signature Takumi craftsmanship,” Gommier explained.

Like Lida and the cordless charger, Gommier has a favourite component in the cabin: the “phygital control”. The round knob toggle is located between the rear seats and operates the Sky Gate. It’s composed of a variety of upscale materials, including gold for the casing and a coal (carbon) insert that features a unique Kintsugi (gold lacquer) effect.

The LF-30 Electrified is ripe with features and details may be seen in future Lexus vehicles. Perhaps the most popular – and fantastical – of these will be the Lexus Airporter, an autonomous drone that can assist transporting bags from your doorstep to the vehicle’s luggage area ala George Jetson.

“The LF-30 Electrified truly represents a leap forward for Lexus design as we prepare for the coming steep evolution of the automobile. With ultramodern features like Lexus Airporter and Sky Gate, we have created a vehicle that provides a highly imagined and fun glimpse into what the future may hold”.