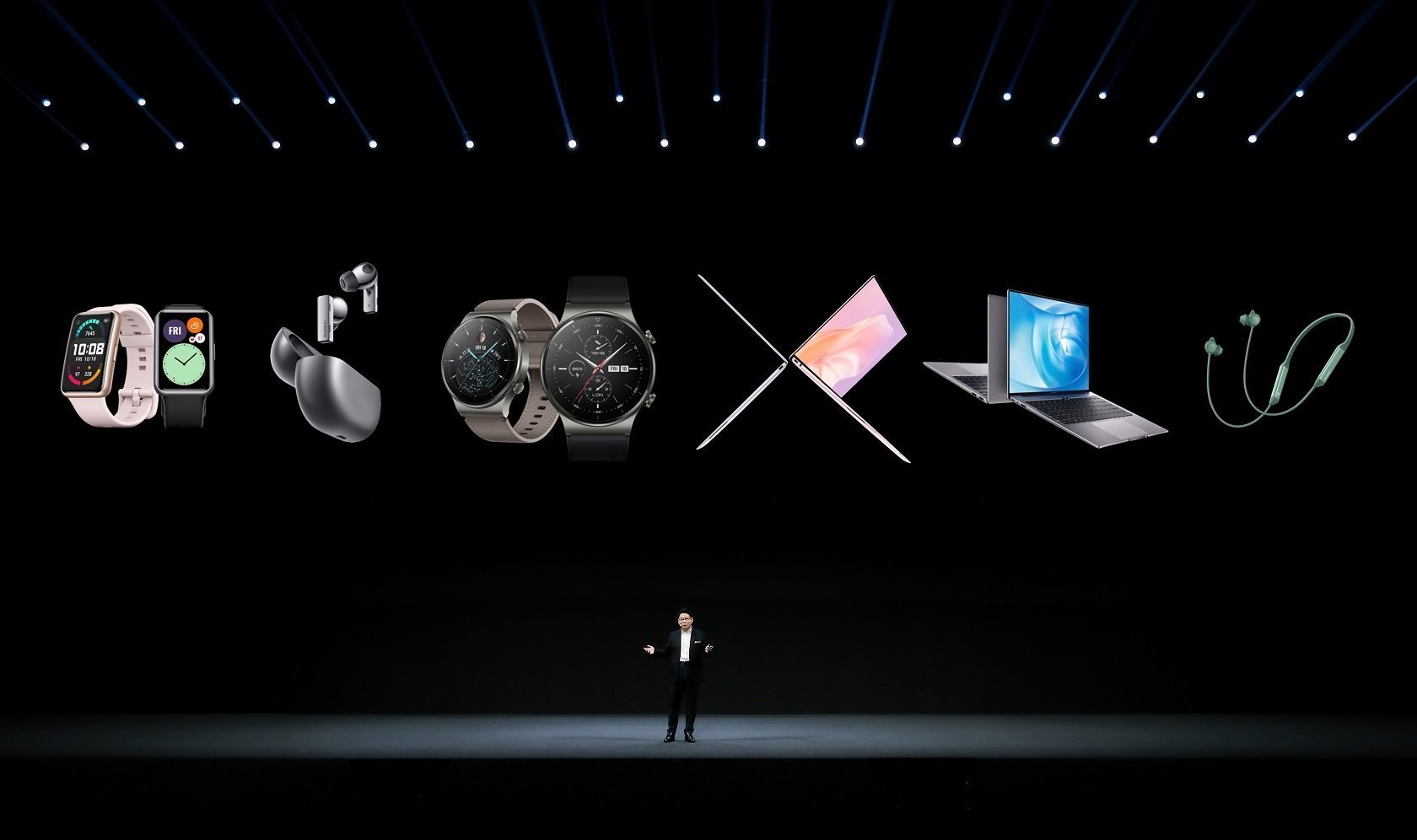 Huawei Developer Conference 2020 (Together) was held today at Songshan Lake.

“Huawei’s breakthrough in ecosystem development is a result of the strong support from global developers and partners. Huawei will fully open core technologies as well as software and hardware capabilities to developers, collaborating with them to drive further innovation of an all-scenario smart ecosystem,” said Richard Yu, Executive Director and CEO of Huawei Consumer Business Group.

“Stars shine through even the darkest night. Each of our developers is a star. Together they form a brilliant array. That will light the way. ”

Huawei announced its all-scenario experience operating system, HarmonyOS, back in 2019.

Since then, a robust line-up of devices has been developed for the system, facilitating quick device discovery, instant connection, hardware collaboration, and resource sharing between multiple smart devices. HarmonyOS 2.0 is announced today, bringing a comprehensive upgrade to its existing distributed capabilities, including software bus, data management, and security. Huawei also introduced an adaptive UX framework that allows developers to quickly reach tens of millions of new devices and users. 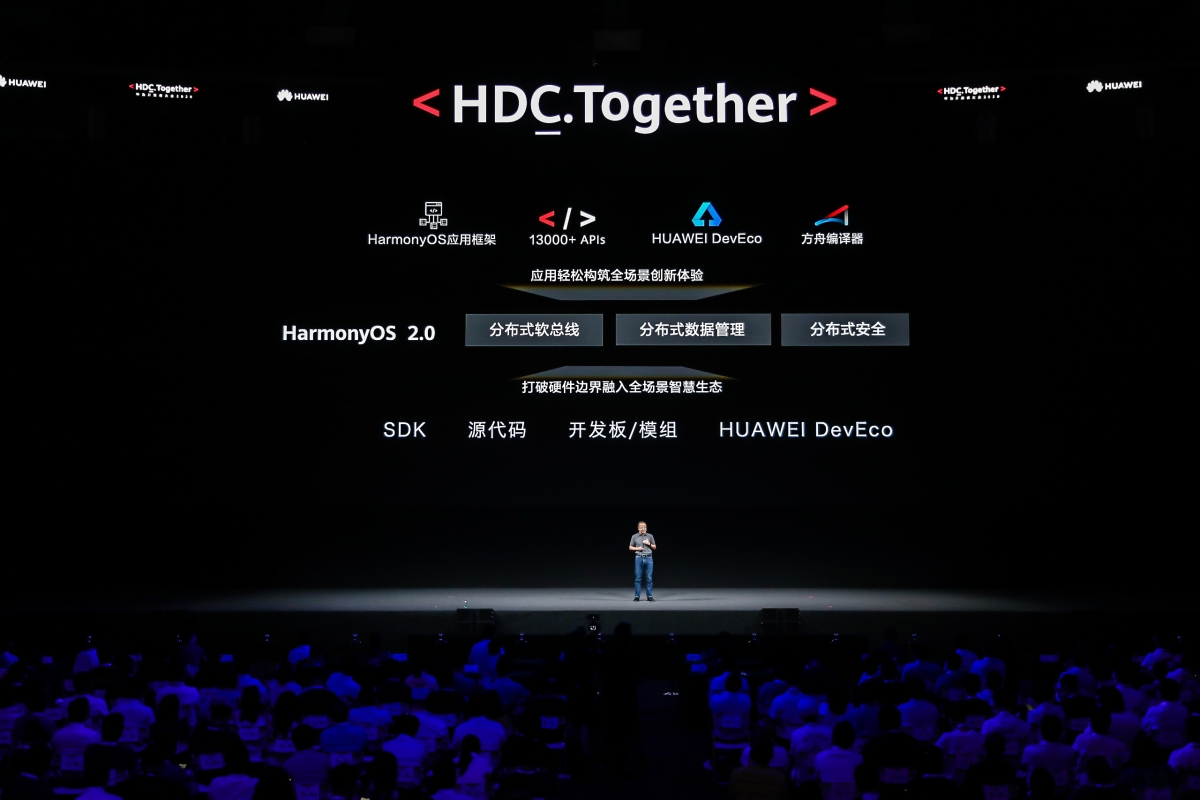 With the latest update, HarmonyOS will officially be open-source and developers will be able to gain access to emulators, SDK packages, and IDE tools. The open source project, which is donated to OpenAtom Foundation, will be launched in stages with a mobile HarmonyOS beta release planned firstly for Chinese developers at the end of 2020. Richard Yu announced the roadmap for HarmonyOS in his keynote speech. “Starting on 10 September, HarmonyOS is open to 128KB-128MB IoT devices, such as smart TVs, wearables, cars and more. In April 2021, we will open it to 128MB4GB devices and in October 2021, HarmonyOS will be opened for devices above 4GB,” he said.

Based on the distributed technology in HarmonyOS, the newly released EMUI 11 enables interaction beyond smartphones. The new operating system allows devices interact with HarmonyOS-based IoT devices, bringing a unique all-scenario experience to users, including using the camera of a biggerscreen device for video calling. The process is powered by the touchless connection between smartphones and HarmonyOS-based home devices, enabling screen projection and more.

With the support of more 1.8 million registered developers worldwide, AppGallery and the HMS ecosystem has continued to show progress this year. AppGallery currently has over 96,000 apps integrated with HMS Core and more than 490 million global active users. In addition, it also achieved a record 261 billion app downloads and distributions between January and August 2020.

In a single year, HMS Core 5.0’s open capabilities have increased from 14 Kits to 56 Kits, while the number of APIs has jumped from 885 to 12,981 covering seven major areas, helping developers achieve innovation and simplify the development process. 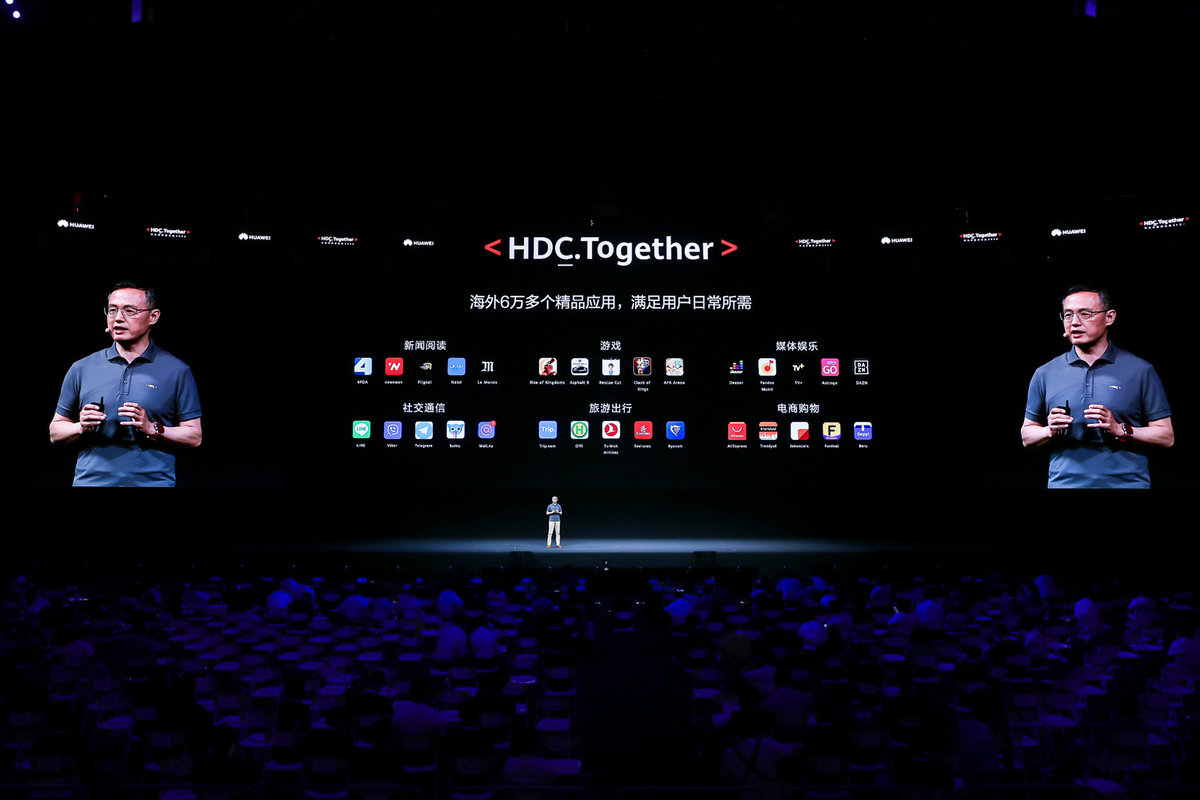 For instance, the CG Kit in the Graphics field improves graphics, image quality and experience, as well as improving game screen rendering efficiency. Location kit in the App Services category meets the positioning requirements, providing centimetre to millimetre accuracy location tracking depending on the scenario. Huawei is committed to fully opening its core software and hardware capabilities. It has opened up core software services, such as browsing, search, map, payment, advertising kits, to accelerate innovation in app development. Huawei has also open up hardware capabilities such as its worldclass camera capabilities, AR map capabilities, communication and transmission tools, as well as its leading privacy and security protection capabilities. Through these, Huawei seeks to empower developers to create a new generation of well-loved innovative apps across different categories.

As the standardised language of IoT Devices, HiLink breaks down barriers between IoT devices from different brands and manufacturers, providing a unified platform where devices can connect easily, and interact seamlessly.

This year, upgrades to HUAWEI HiLink will be made in five key areas: connection, interaction, operation, solution provider, and authentication. The goal is to make billions of IoT devices connect easily, more convenient to manage and control, and interact seamlessly to enable an all-scenario hardware ecosystem. At present, there are 50 million active users contributing more than 1 billion all-scenario device interaction requests every day, with a cumulative 400 million downloads of the Smart Life App.

Huawei will continue to drive its software and hardware ecosystem moving forward. It is committed to opening up core technologies and capabilities further and empowering global developers and partners to create new possibilities together.