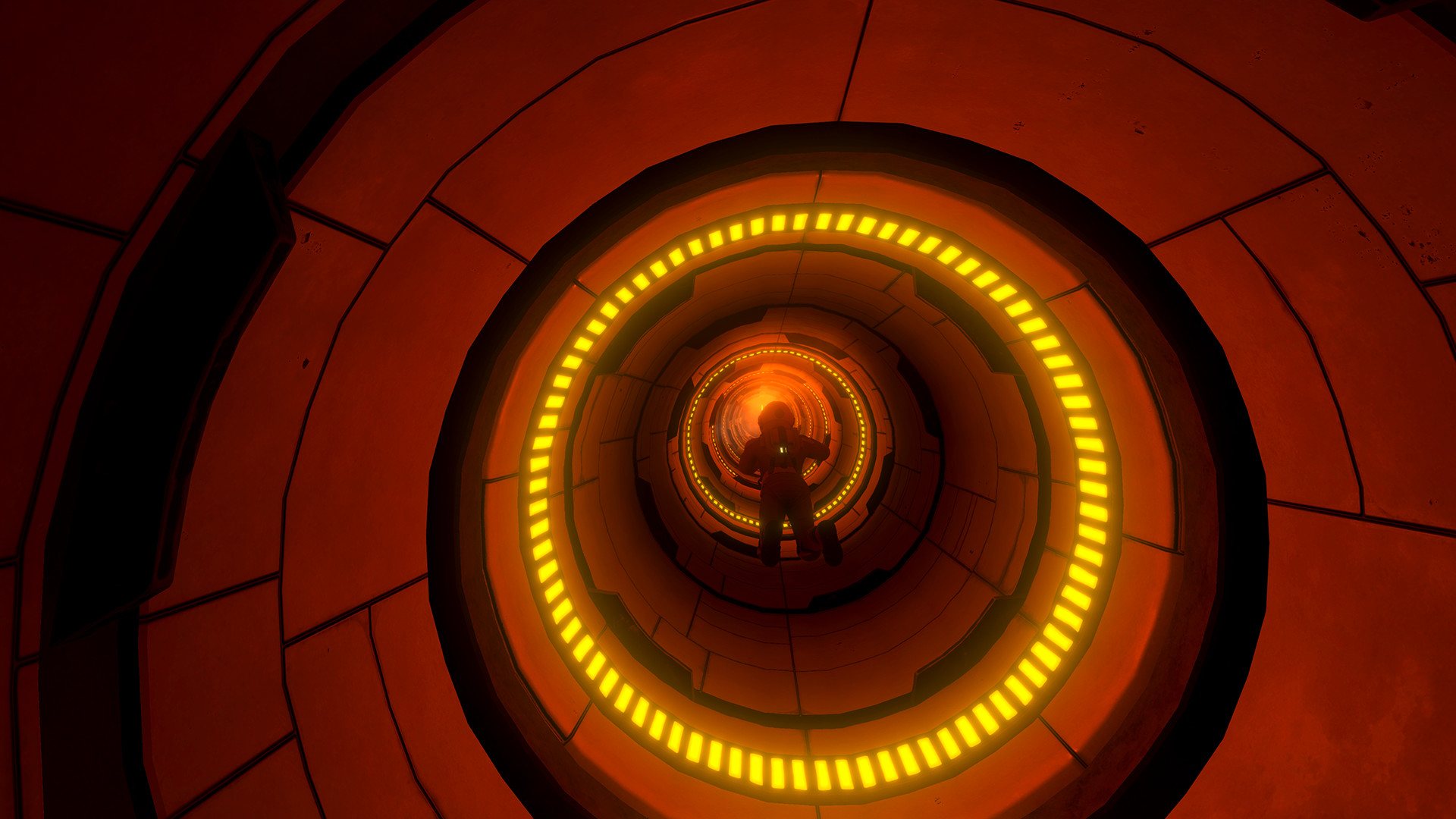 I grew up on 60s’ and 70s’ sci-fi. Puffy brightly-coloured spacesuits, astronauts in peril, the bleak empty of space and surreal, trippy, visuals. The post 2001: A Space Odyssey era had a lot to answer for. But for every hokey Doppelganger there was a sci-fi gem like Silent Running.

The game is the first part of a sci-fi thriller, the developers say is structured like a modern TV series. As more episodes are released the mystery will apparently unravel. 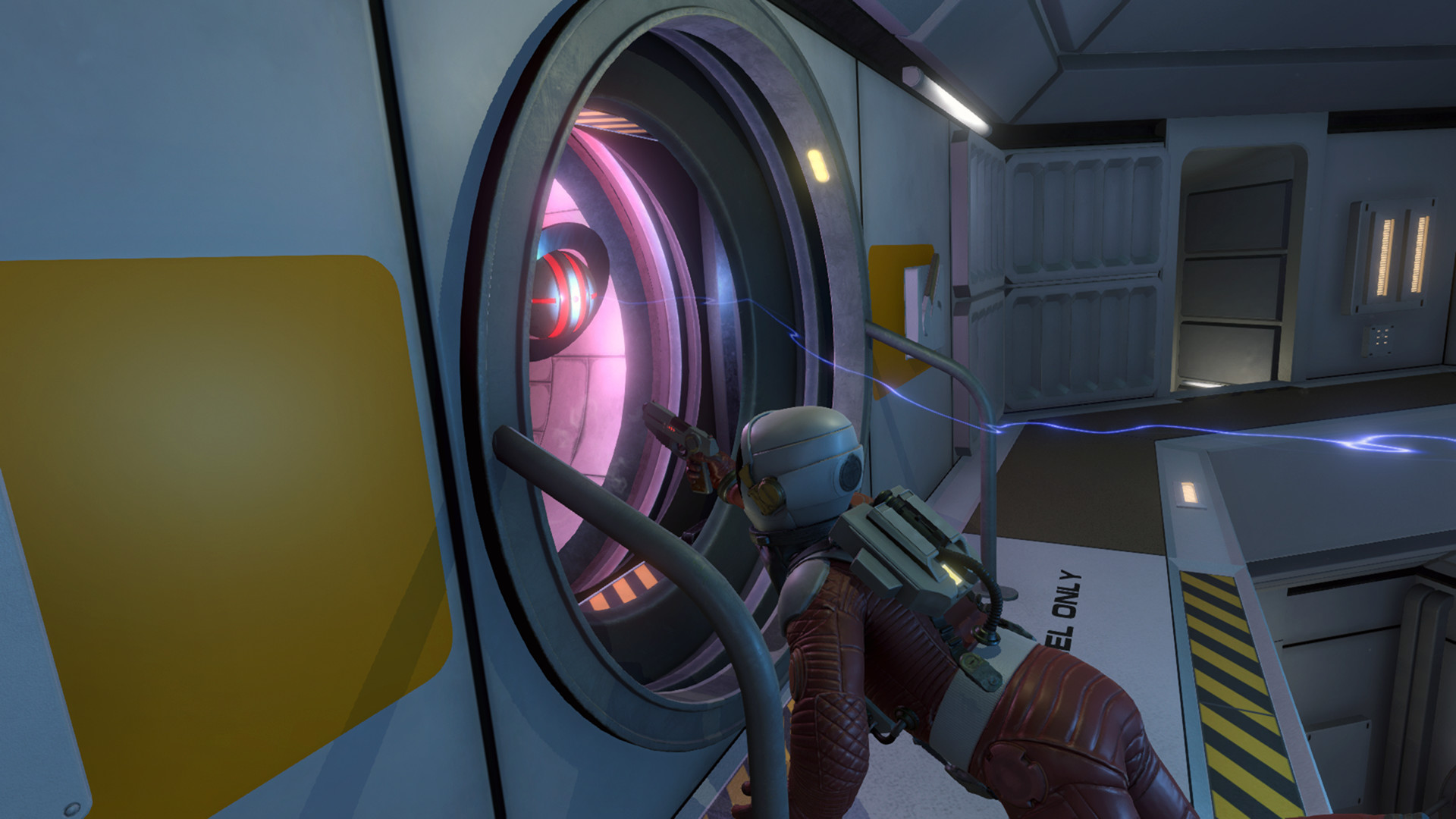 What we actually have with Downward Spiral: Prologue is an interesting, if a little short, but very well done exploration / shooter experience. Whether we actually end up with further episodes that expand the idea, only time will tell. There’s no guarantee that the developer will release anything else. Thus, I went in with this as a standalone experience.

You play an astronaut wearing a very retro red leather spacesuit who has just docked with a deserted space station. The first job is to get the systems on-line. As the space station is in zero-G, moment is achieved by grabbing an object, be it a railing, a retro-CRT computer screen or just the wall, and pushing away. It’s weird at first, but soon becomes second nature.

I’ve a pretty good stomach for VR anyway, but I’m told this style of locomotion should reduce, if not eliminate any motion sickness. And it makes sense as you physically have to do something to move about. A little later, when you get the air compressor to aid movement, things get a little more “floaty”, but you a never propelled about fast enough to really confuse your inner ear. 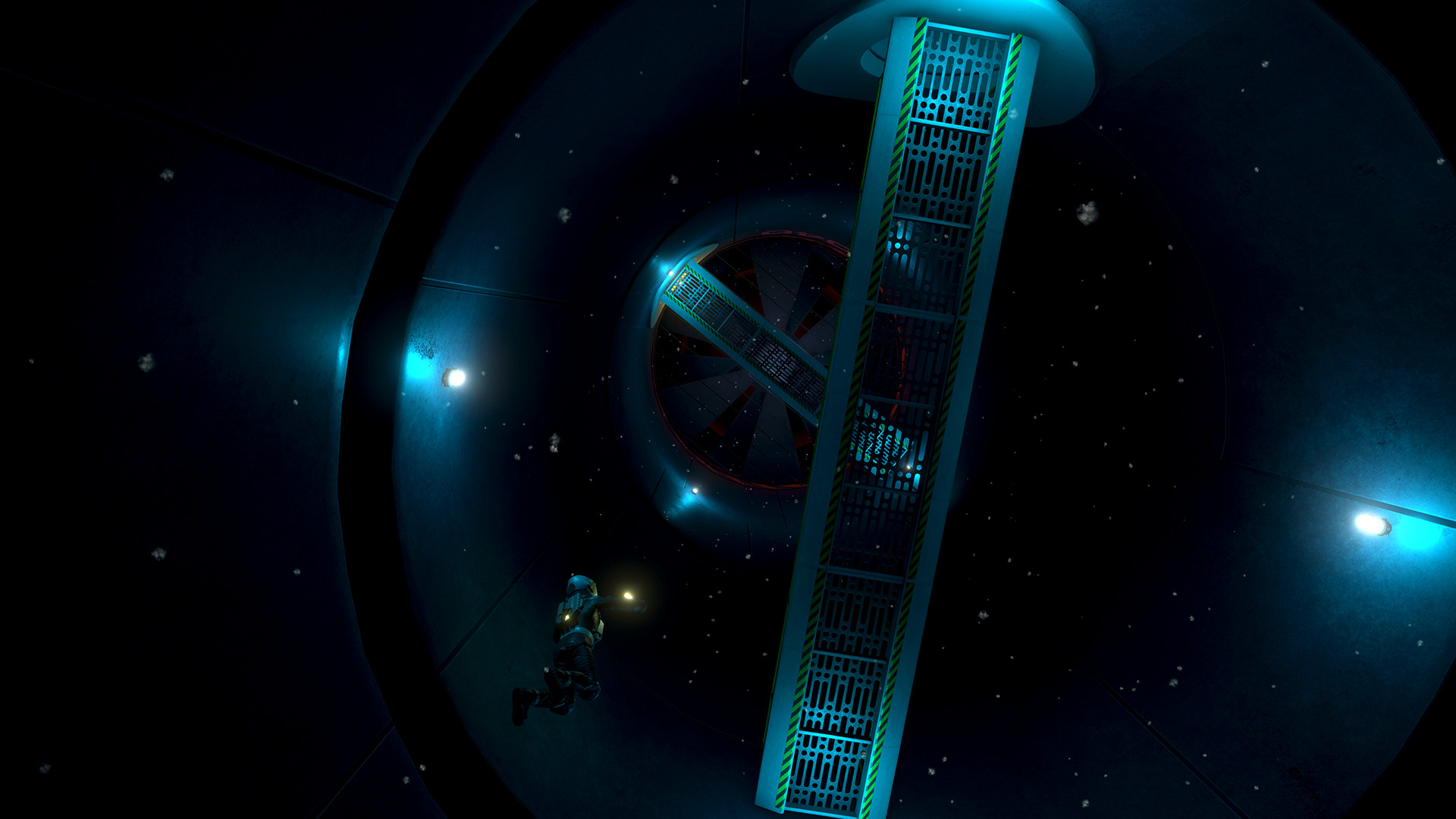 Unlike the Oculus’ Mission: ISS, which uses a very similar locomotion technique, Downward Spiral is an interactive experience. As well as a bit of button pressing, as the game progresses you obtain glowsticks to light your way in the ventilation system, a handgun and the aforementioned hand-held air compressor to help you get about.

This is a short experience, only about fifteen minutes, so I’m reluctant to go into too much detail regarding the plot. To be honest the length is the only downside to an otherwise beautifully recreated retro sci-fi experience as if ripped straight from the mind of the late great Arthur C Clarke. 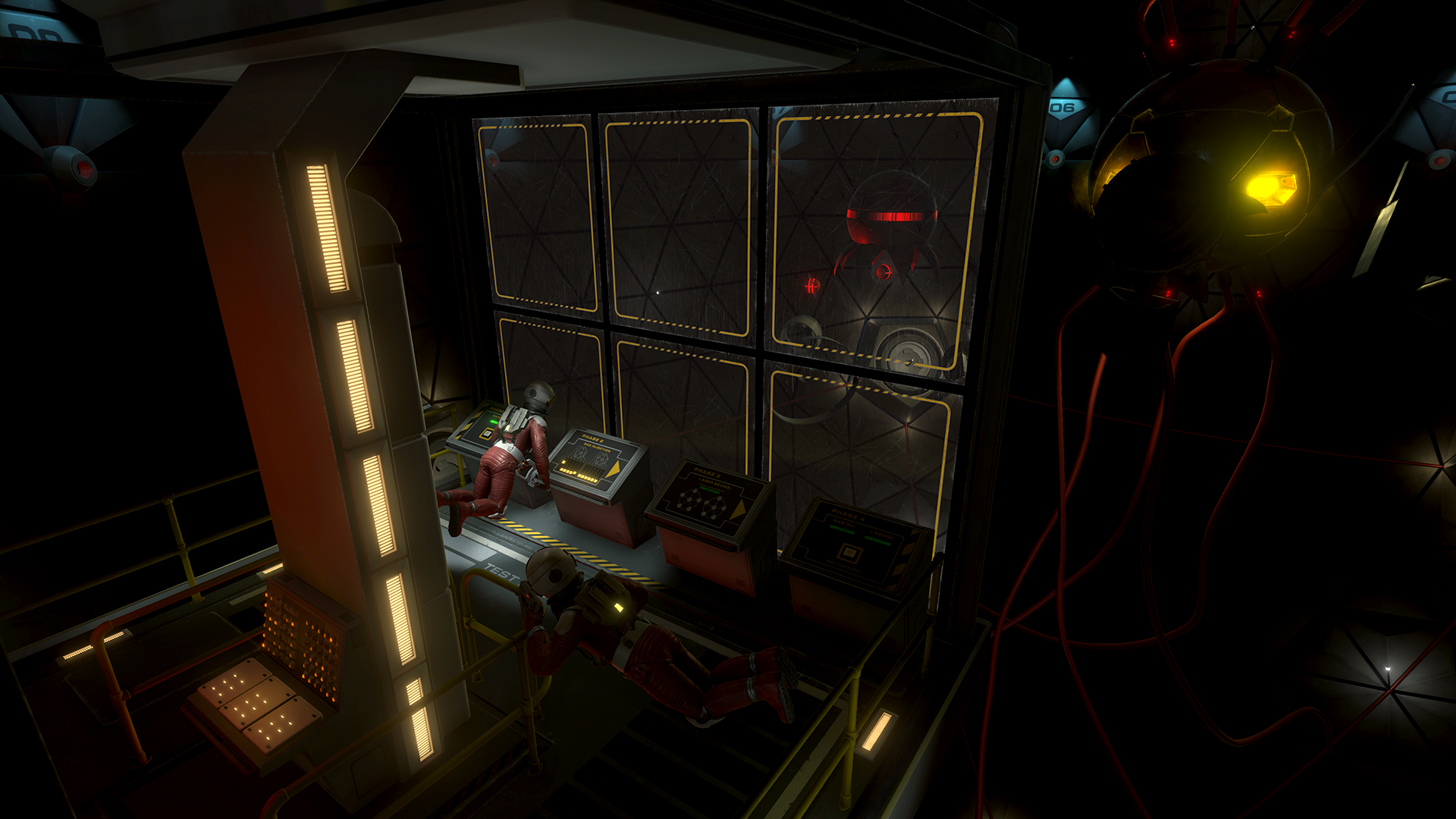 Your journey through the station leads you into the path of some lethal floating robots that need to be dispatch quickly, else they electrocute you. The experience climaxes in a huge reaction chamber in the heart of the station and leave you wanting for more.

There is a co-op option and, bizarrely, a deathmatch mode. Being a bit of a Vive Jonny-no-mates, I’ve not been able to test the multiplayer features. But for US$9.99 I think you get your money’s worth just playing the solo portion of Downward Spiral: Prologue’s classy and immersive retro sci-fi experience. 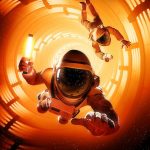