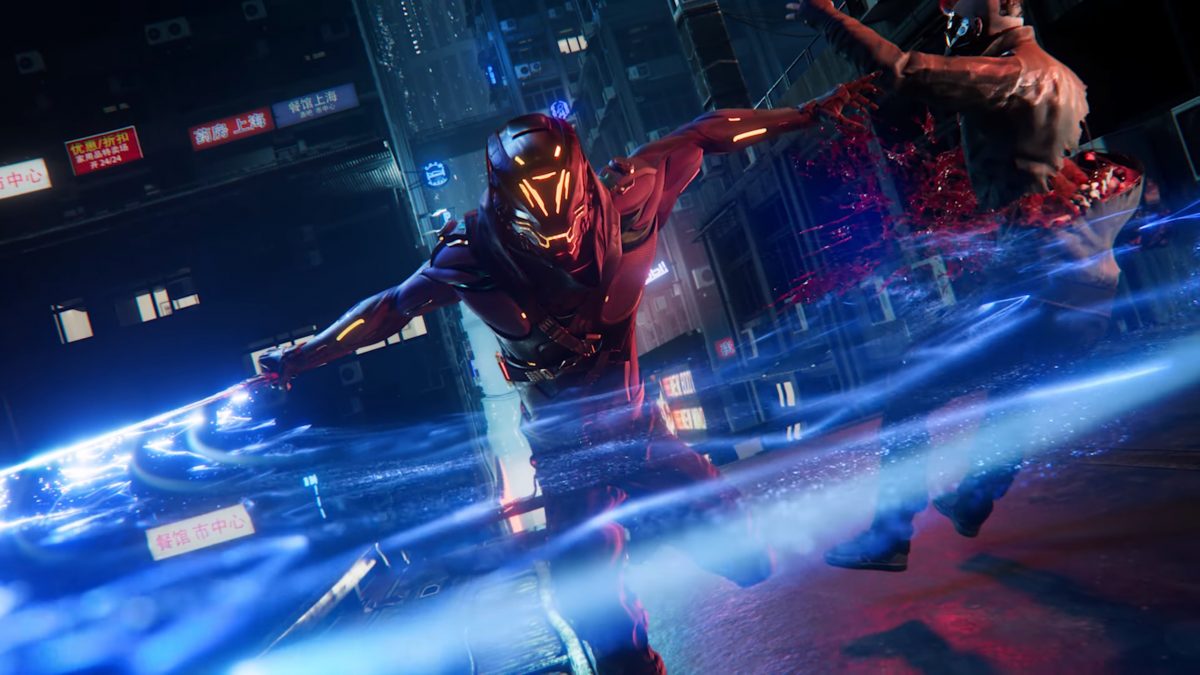 It can be difficult to judge distances, whether you have jumped at just the right time, to reduce the sense of motion sickness and to give the player a sense of spatial awareness that matches what they would have if the game were in third person. Mirror’s Edge was one of the first to give it proper thought and it became an instant cult classic, even if it’s sequel was ultimately a dead end.

Enter Ghostrunner from a group of developers including One More Level, 3D Realms, and Slipgate Ironworks. It is a fast-paced, instadeath take on the first-person platformer idea, akin more to Hotline Miami than the slower exploration of Mirror’s Edge. Full of brutal combat and stringent platforming, Ghostrunner is a game that will delight and frustrate is nearly equal measure. 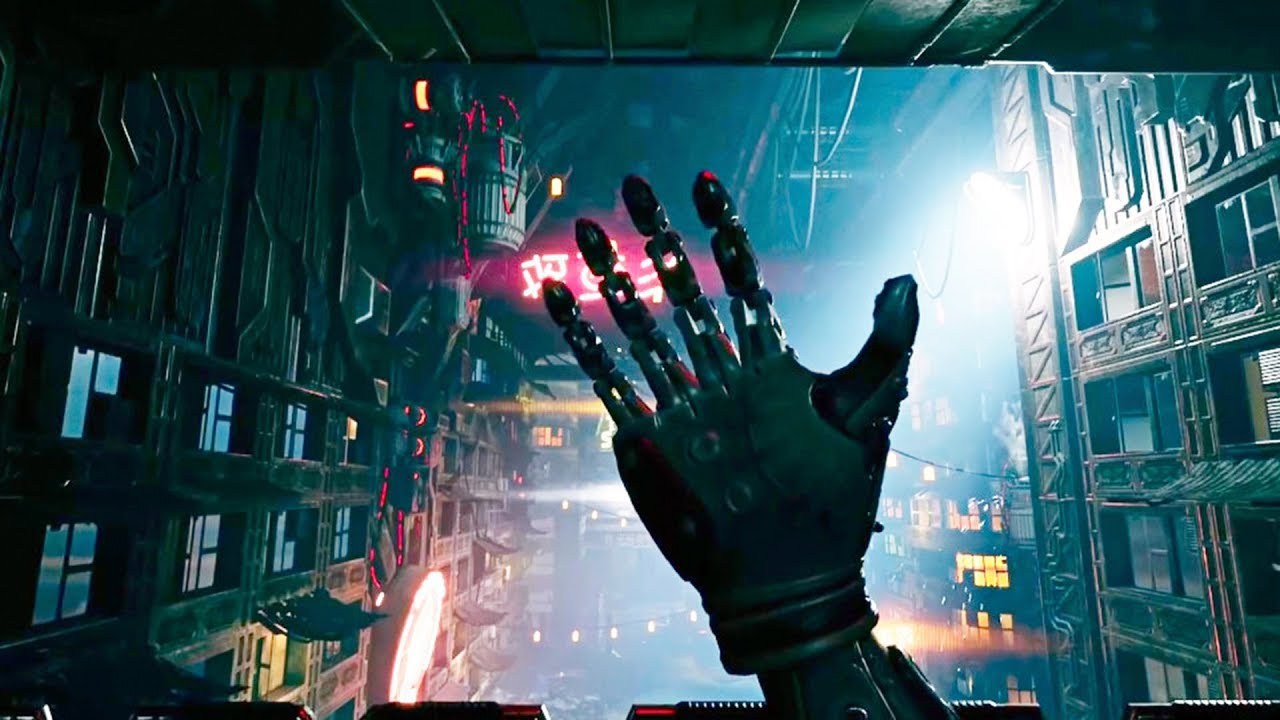 Set in a dystopian, post-apocalyptic future, you are a discarded, broken robot guardian/assassin who has been thrown to the bottom of the tower, the only remaining habitable part of the world. You must slowly climb up this massive skyscraper, taking on ever more difficult enemies and platforming challenges. In one ear is the voice of the exiled leader of the tower, whose fight with his co-leader has brought earth’s ark almost to its knees. In the other is a plucky member of the resistance, whose optimism is searingly pure. The story is not surprising, but fills in the gaps between the more interesting combat arenas.

The tower is full of gorgeous environments, with an incredible amount of detail spread about the world. The tower is full of grey steel offset and industrial tones offset by garish neon signs and damp puddles that scream cyberpunk. On supported cards Ghostrunner supports ray-tracing, though I was unfortunately unable to test that on my GPU, given continued delays in shipping out RTX 3000 series cards from NVIDIA. Nevertheless, the tone of the world is perfect, and doesn’t hide enemies or parkour paths available to you. 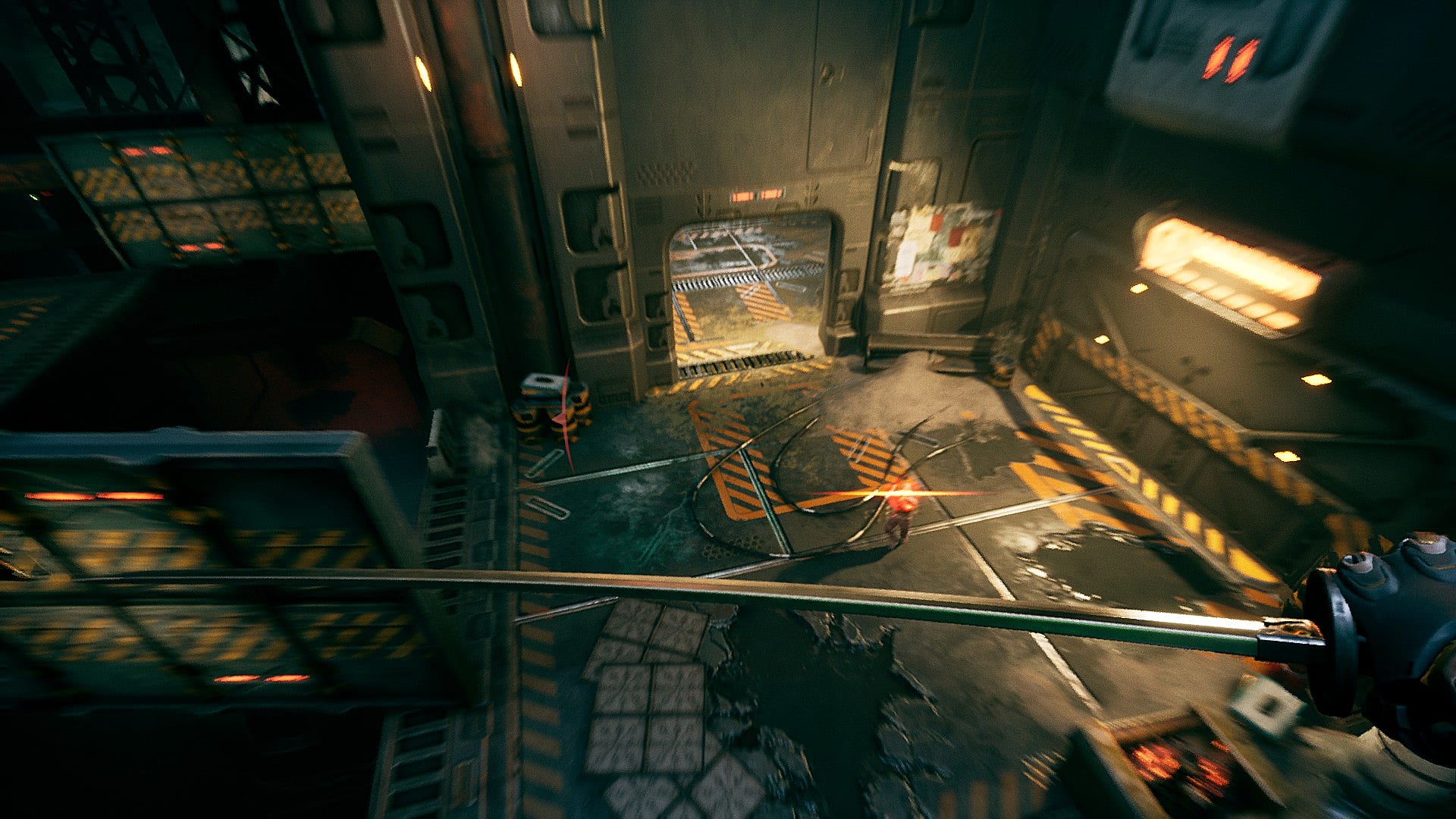 Speaking of, each level in the game is split up between straight up platforming challenges and combat arenas. However it is much like DOOM Eternal, where platforming and movement are fundamental parts of the experience. Stay still too long in this world and it’s almost an instant end to your adventure. You must instead think on your feet and be constantly looking out for new ways to move around each arena, dodging fire with a slow-motion dodge, running across walls or using one of your insta-kill special abilities to take out some frustrating enemies. You will fail often, whether from your own ineptitude running around the environment, or from enemy fire, but fortunately reloading is almost instant and you can continue quickly from one of the many checkpoints.

That said, Levels are generally long, taking me roughly half an hour each. And you can’t save mid-Level, so you need to commit to each one once you start. Given how difficult some combat arenas can be, this can feel unfair – though perhaps that’s my own preference for save-anywhere-anytime systems coming through. 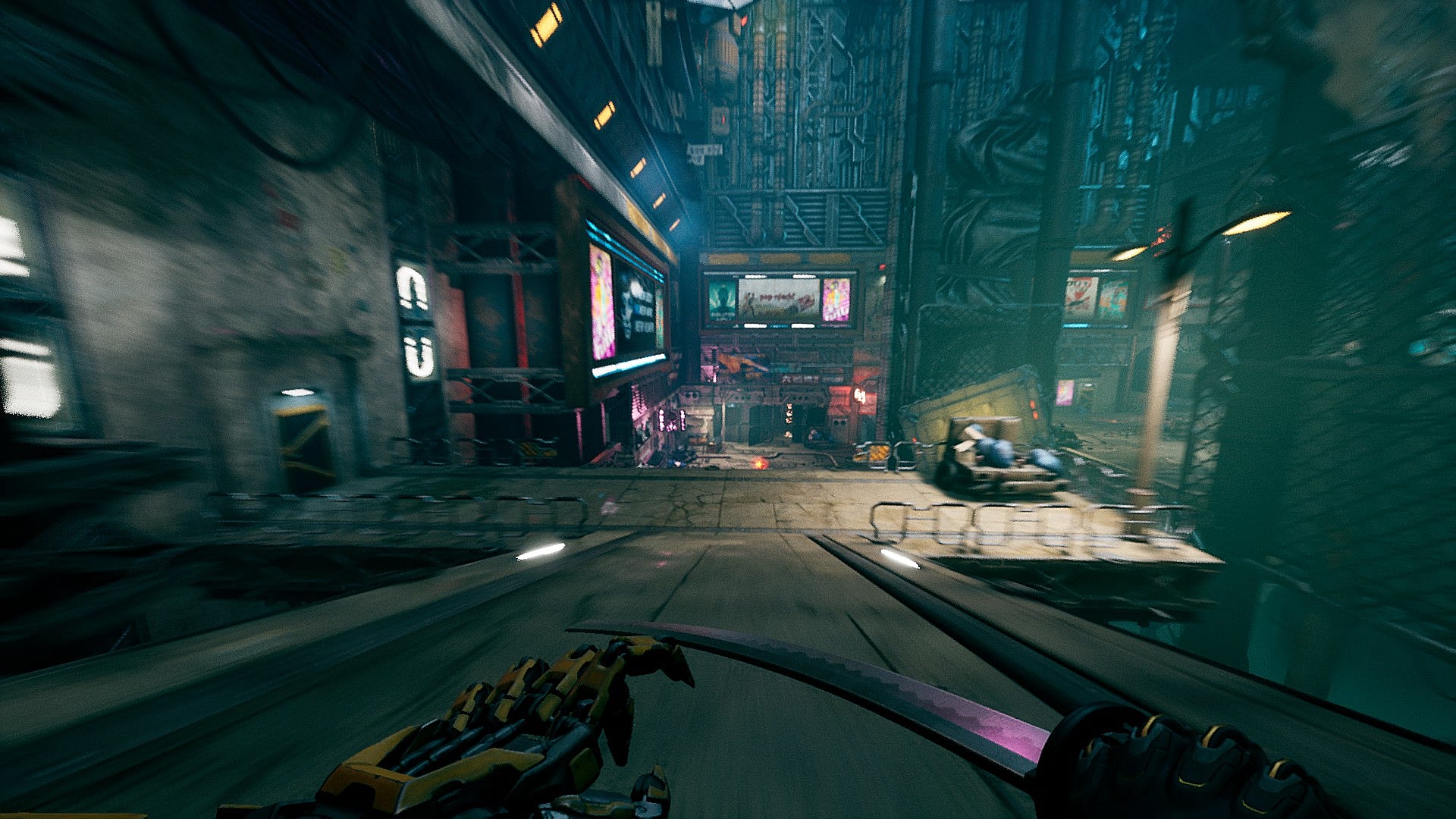 At the end of the level you can see some stats on how you went, which makes Ghostrunner good for replaying – beat your own scores. They could have provided better leaderboards and / or objectives to motivate us to replay each mission, but this is something that could be added in a patch later on.

If parkour, slick melee combat and gorgeous environments are your thing (and who wouldn’t want that?), then Ghostrunner provides interested challenges from a unique perspective. Yes, the story isn’t revolutionary and there are occasionally frustrations where you feel it’s the game – not the player – that’s at fault, but overall this is a fantastic package that delivers on what it sets out to do.

That’s no small task for a first-person platformer, and I can only hope Ghostrunner is the start of a whole new series of titles in the genre. 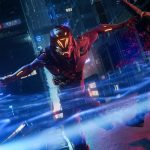