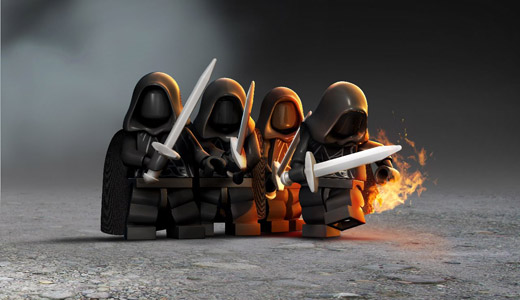 As The Hobbit currently climbs up the Blockbuster list in super hi-def 3D, LEGO takes us back to where the epicness all began with Lord of the Rings – in that classic LEGO style.

For those of you that have somehow never taken on a movie franchise based LEGO game, you can expect a full recreation of the series that it is adapting from, with eyebrow raising humour and constructing paths, areas or objects with loose blocks of LEGO that you will periodically come across.

As with LEGO Star Wars and Indiana Jones, all memorable and notable characters from the films make an appearance either in a playable or narrative format. 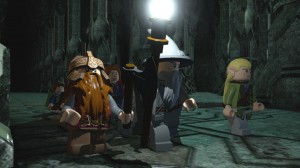 take on the role(s) of Frodo, Gandalf, Legolas, Aragon, Gimli, Glorfindel – Elven Lord, Farmer Maggot and even Tom Bombadil who features in the books but not in the movies.

There are over 80 playable characters available as you work through the epic, cinematic saga and eventually unlock them.

Each character has at the very least, one special and unique ability to themselves only; Gandalf wields Wizard Magic, Gimli can hurl objects, as examples.

It is highly amusing to see a ‘LEGO’ version of Gollum.

Other players can drop in and out of play either singularly or as a team.

LEGO: Lord of the Rings follows the entire trilogy, as we remember it from the Peter Jackson silver screen adaptions; The Fellowship, Two Towers and Return of the King. 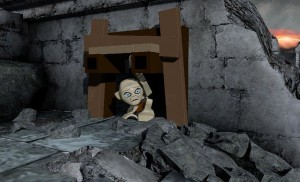 Take on fierce battles against Orcs as you push forward over varying and hazadous terrains in order to reach Mount Doom and defeat Sauron.

LEGO studs are collectable everywhere in the this third person mammoth adventure, which you collect and can use to acquire in-game items.

For the first time, the characters no longer grunt, nod and ‘hmmm’. They have found their voices; all taken from the films.

Also, there is more of an RPG element to LEGO: LOTR’s. 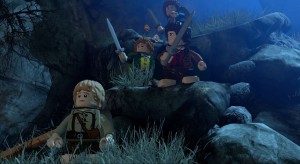 an Inventory where items that you collect, including differing weapons and magical items are stored and collected.

If you go to Bree you’ll find a Blacksmith who can create items for you.

You will use the power of the Palantir, using a variety of utilities from your collection; Elven Rope, the Light of Earendil and loads more as you traverse between multiple storylines.

The game’s worlds have been opened up on the console version. Whereby you have the ability to completely free roam and explore.

Exploring will always reap rewards, and while the entire game is played out on foot (ok, mostly) to get around the quickest way is to use the Fast Travel mode within the Map screen. 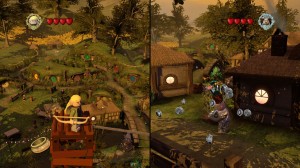 There is an “open world” mode,  allowing up to seven non-player characters which will follow you and friends if you are playing in co-op, including split screen.

As if all of this was not enough to keep you gaming until the end of time, you’ll come across a myriad of side quests throughout the open world map, ranging from go and fetch missions through to collecting Mithril blocks for crafting things like tools and more.

Travellers Tales also adapted certain scenes from the films to make it more ‘LEGO’ and also slightly held back on the corny humour that the other titles have been swamped with.

Designed for a more than lengthy play, LOTR’s Trilogy compounds on all the above and heightens everything 110% 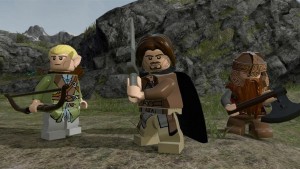 be the ONLY game you play for months, if you allow it.

Authentically and painstakingly detailed, everything that was in the movies is here.

Fully recommend it for consoles and/or PC and Mac, the handheld versions, whilst still good, do not have the substantial amount of gameplay.

LEGO: Lord of the Rings Trilogy is my new precious (sorry, couldn’t help throwing that in somewhere).