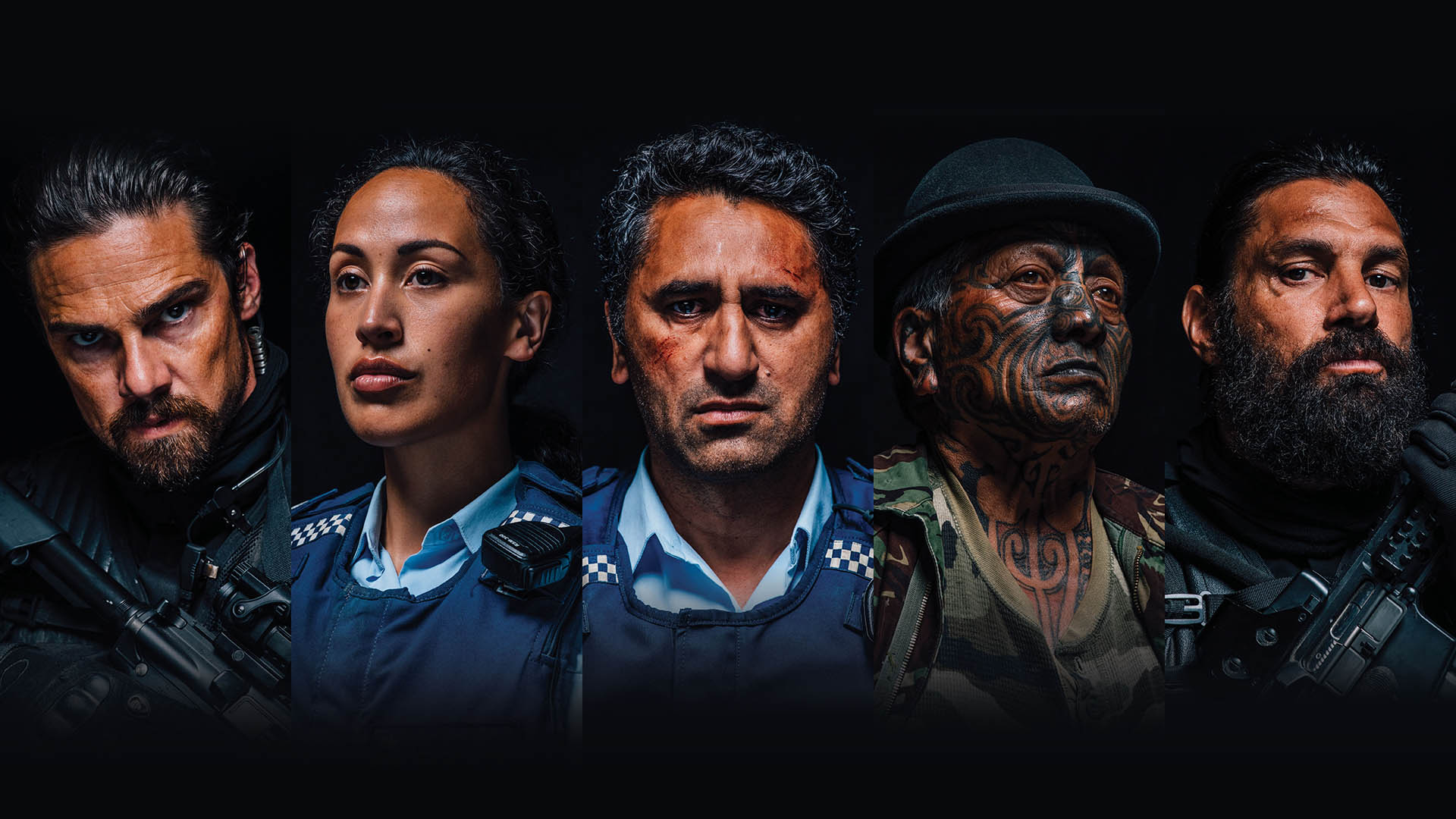 On October 15th in 2007, with new anti-terrorism powers, the New Zealand Police swooped on the people of Tūhoe, raiding homes in the small town of Rūātoki in the Bay of Plenty, Aotearoa.

Among the many arrested under suspicion of domestic terrorism was activist Tame Iti. Fourteen years on, award-winning filmmaker Tearepa Kahi, world renowned actor Cliff Curtis and artist Tame Iti announce their response to the event, with feature film Muru. The gripping action-drama is set for nationwide general release on February 3rd, 2022, in time for Waitangi Day.

Tearepa Kahi’s previous feature films Mt. Zion and Poi E: The Story of our Song were both released on Waitangi Day, setting local box office records. Tearepa Kahi said Muru was made with “a Merata Mita and Geoff Murphy spirit, a Tame Iti authenticity and a Cliff Curtis commitment to craft.”

Kahi commented on the production process: “Shooting a film on location in Tūhoe during a pandemic brought an interesting set of challenges to our already challenging story, but the shared understanding and full support of local Tūhoe marae and kaumātua, cast and crew allowed us to move through the shoot at a deliberate pace and create characters with shape that we hope will create a deep cultural impact and speak truth to power.”

Lead Producer Reikura Kahi (Poi E: The Story of our Song) says Muru is a powerful and revealing te reo Māori language film with strong performances from a dream cast. Reikura Kahi continued: “Our most memorable day was when our cast and crew were welcomed on to Tuapou Marae, in the Waimana Valley. Listening to the waiata tangi and standing in silence beside the resting place of Rua Kēnana. Muru is not a re-creation of the events which occurred on October 15th, but a story which weaves the deep past and the recent present together, in order to reach a place, we need now more than ever, greater understanding.”

Kahi worked with cinematographer Fred Renata (Poi E: The Story of our Song, Mt. Zion), Academy Award winning editor John Gilbert (Hacksaw Ridge, The Lord of the Rings) and composer Mahuia Bridgman-Cooper (Shadow in the Cloud) to bring Muru to life and said working with Cliff Curtis was “a dream come true”. He continued: “An actor of Cliff’s abilities, being in constant international demand, plus coming out of the ‘Avatar 2’ shoot, I knew we had to put something to him that would allow him to really bite down and showcase all his skills.”

Executive Producer and lead actor Cliff Curtis commented: “We live in challenging times. Muru is a suitably wild ride in Tūhoe land. It reminds me that when the world goes crazy and things go wrong, then courage and love is what really matters in life. I am honoured to collaborate with Tearepa and Reikura because they are true champions of Māori story telling. They work with heart and guts and a deep respect and joy for our living heritage. As always they are committed to our unique and rich humanity in this latest touchstone Muru.”

Muru is the first feature film to be funded under Te Tumu Whakaata Taonga – New Zealand Film Commission’s He Pounamu Te Reo Māori Feature Film Fund under Te Rautaki Māori Strategy.  Pouwhakahaere Te O Kahurangi Waaka says that the funds committed to make films with majority Te Reo Māori and that support Māori storytelling to reach domestic and global audiences have been long overdue, marking a significant milestone for the sector with the release of Muru. The film was made with additional investment from Arclight Films International, Te Māngai Pāho, NZ On Air/Irirangi Te Motu, Three (TBC), Imagezone and Images & Sound. The film is being distributed in New Zealand and Australia by Rialto Distribution, with Arclight Films International handling rest of world sales.

Muru will be released in cinemas nationwide on 3rd February 2022, for Waitangi Day.