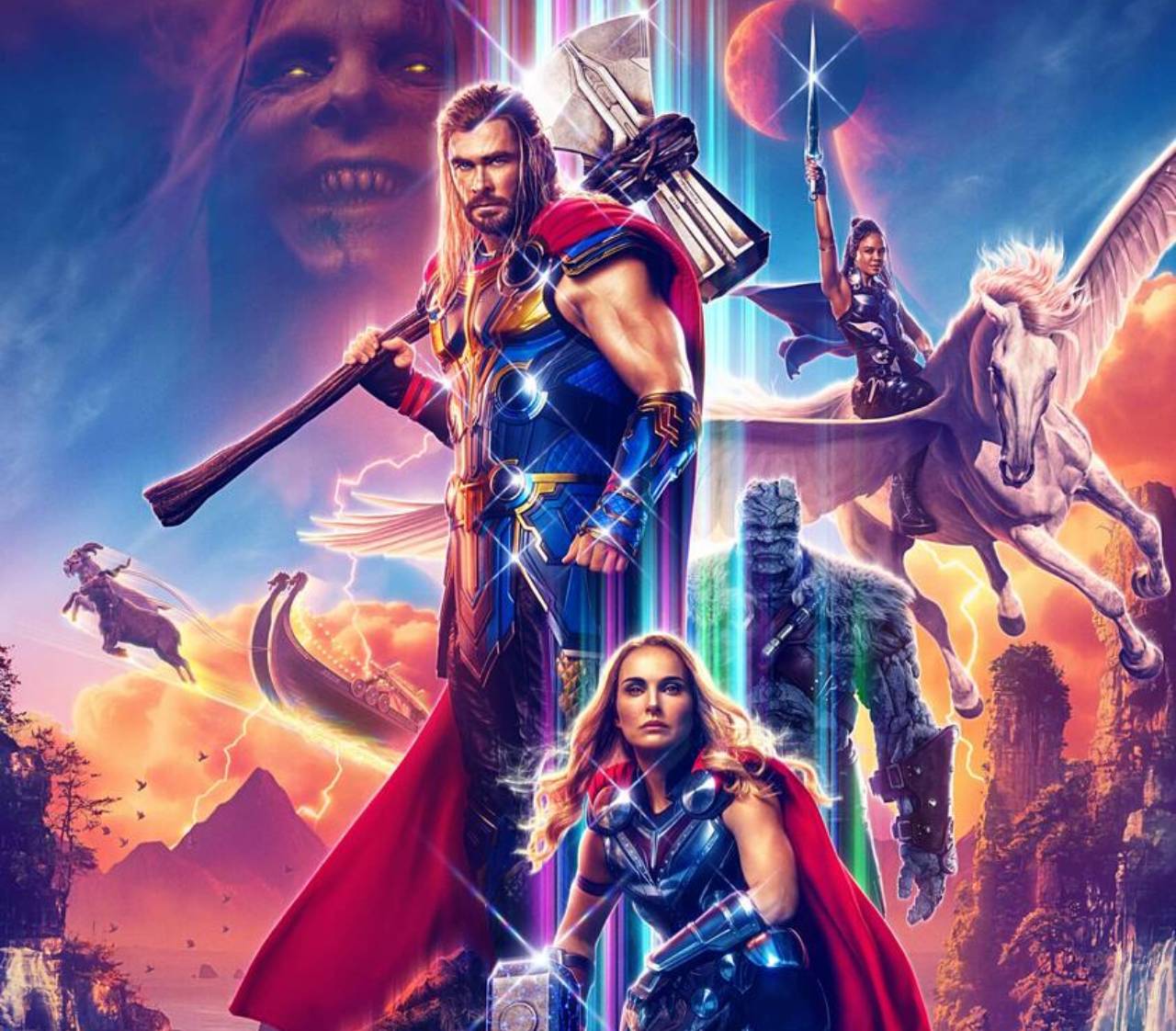 A new trailer and poster are now available for Marvel Studios’ Thor: Love and Thunder, revealing new details about the God of Thunder’s latest adventure, including a trek to Olympus where Zeus (Russell Crowe) reigns supreme.

The film finds Thor (Chris Hemsworth) on a journey unlike anything he’s ever faced – a search for self-discovery.

But his retirement is interrupted by a galactic killer known as Gorr the God Butcher (Christian Bale), who seeks the extinction of the gods.

Together, they embark upon a harrowing cosmic adventure to uncover the mystery of the God Butcher’s vengeance and stop him before it’s too late. Directed by Taika Waititi (“Thor: Ragnarok,” “Jojo Rabbit”) and produced by Kevin Feige and Brad Winderbaum,