Interview w. Michelle Krusiec (They Live in the Grey – Shudder) 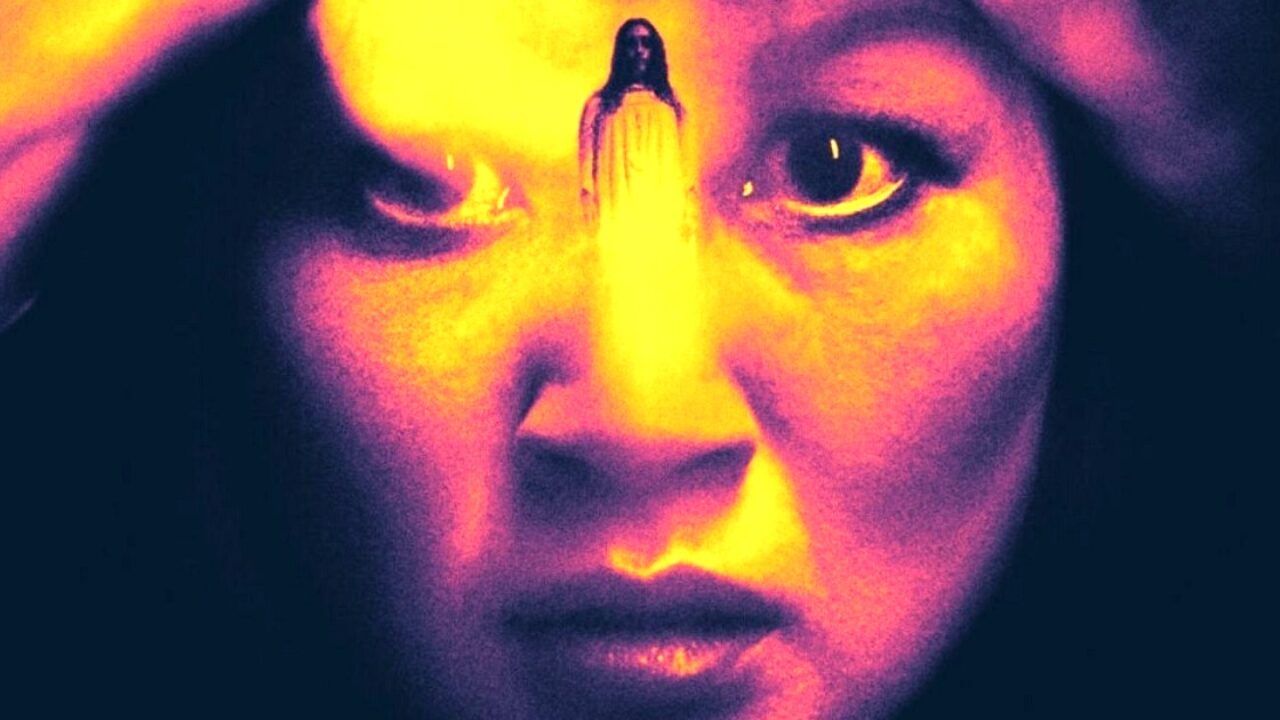 From Star Trek to CSI, Fringe through to the reboot of Hawaii Five-O, Michelle Krusiec has had an impressive acting career from the 90’s to present.

Just released is the exclusive Shudder horror film, They Live in the Grey.

Michelle plays a clairvoyant called Claire Yang in a creepy scarefest of a film made by the Vang Brothers that hearkens to the likes of Insidious and Sixth Sense.

Thanks to our mates at Shudder, we were able to have a virtual chat with Michelle. 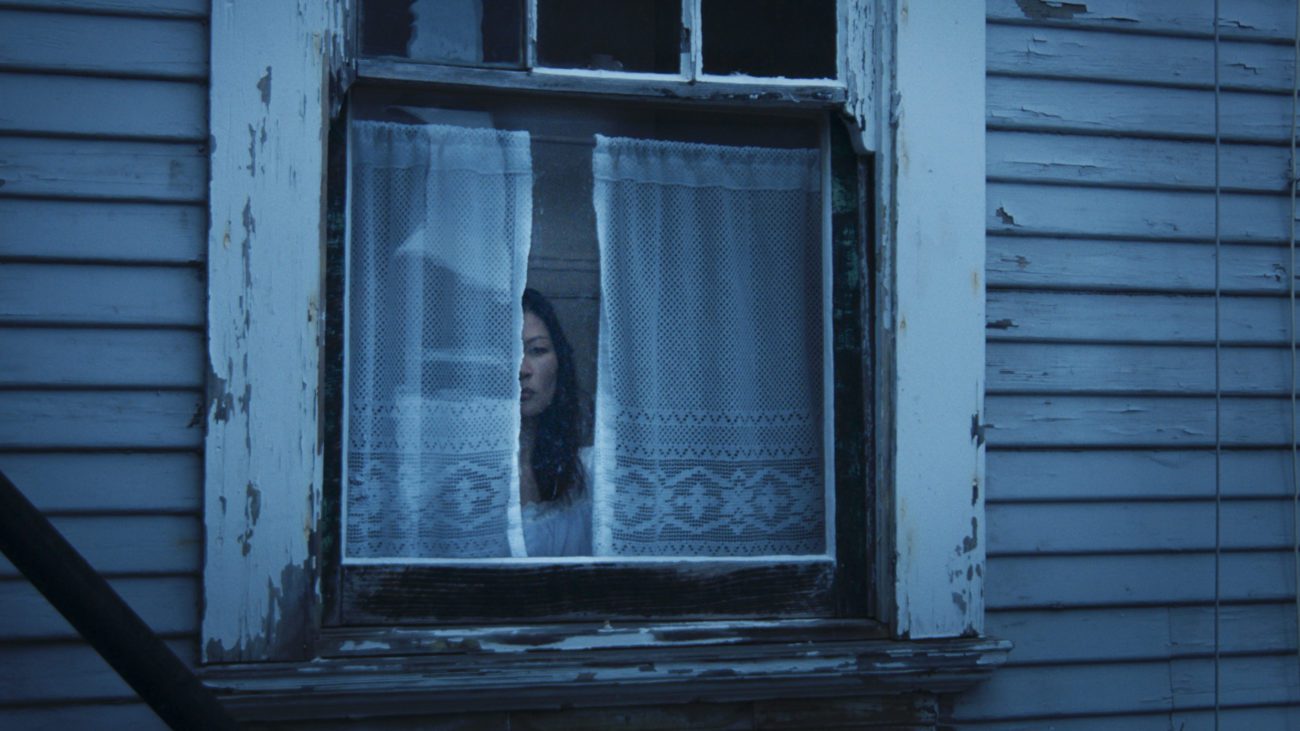 Shane: Hi Michelle, thanks so much for chatting with us here at STG. You’ve had a stellar career in both film and television, even Star Trek if we go back to the early days, CSI, the reboot of Hawaii Five-O and now They Live in the grey. What has been the highlight of it all so far?

Michelle: I think the fact that people are really responding to the emotional journey of the film and not, you know, it’s a horror film but I think it delivers on a psychological experience and sometimes where films give you all of the the spooks and scares but this one gives you something else in addition to that, and I think the fact that people are responding to that is delightful for me. Given that I looked at it as more of an acting film as opposed to a you know, just typical like horror film.

I did another movie called The Invitation (2015) which I had a smaller part in it. And that was, for me, more of a psychological drama and I feel like They Live in the Grey is definitely, I would classify that as classified horror, with a psychological component. 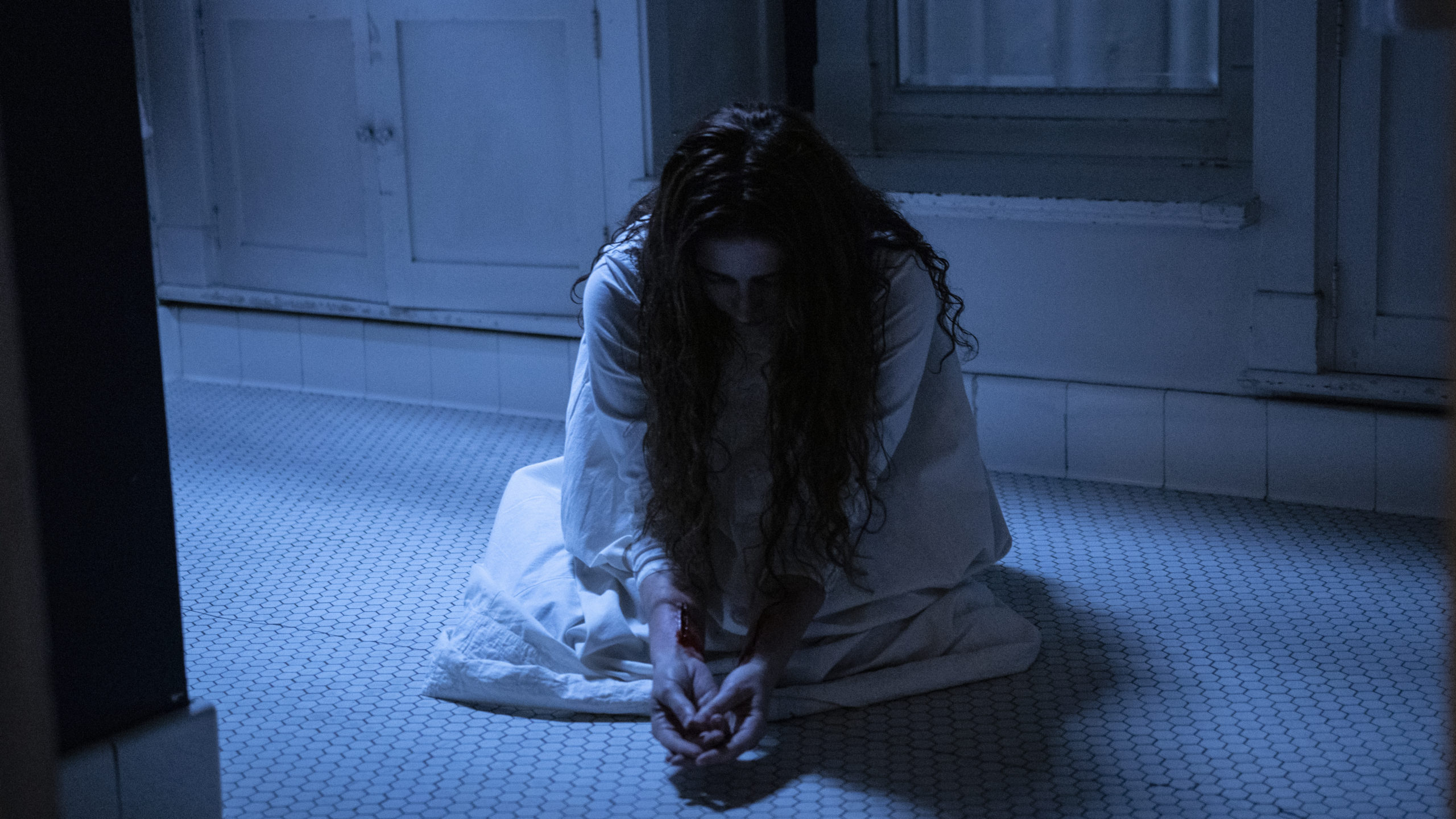 Shane: This is the first horror film that you’ve done, right?

Michelle: Yeah. Yeah, I don’t think I realized how much of a horror it was like, oh, it’s that much blood? You know, in my mind, it was always a little more realistic. Some of the stunts they were doing I thought you know… but no, they’re really going for it. So when I saw it for the first time, I thought, oh, yeah, okay. In my mind, it was just a psychological drama.

Shane: They Live in the Grey is a supernatural horror where you play the main character of Claire Yang. What was it like to go from the likes of TV Series and drama / action films to horror?

Michelle: It wasn’t that different in terms of the way I would play a part, you know, in any in any project but having to stop and and for them to say we’re gonna Green Screen this or you have to imagine, you know, this is happening because that’s what we’re gonna lay in later.

I haven’t worked with a ton of those kinds of special effects. So, you know, that’s a part of filmmaking anyways, because it’s so technical. But in terms of, you know, what they were doing on set, they would set up the tone and and you know, granted sometimes effects took the whole process, then you would do the acting and then there was the stunt and then you would maybe get back to the acting if there was time.

I wasn’t surprised so much by that but I did realize like, oh, this is this is them doing their magic behind the scenes and how they get to scare an audience. So that was that was really an enjoyable part of it.

Shane: Claire Yang has the gift of seeing spirits – can you tell us if you’ve ever had any supernatural experiences yourself?

Michelle: I have not had any experiences. So I’m glad to say and I’m very happy to tell you that. I’m not going to open the door on that one as much as you might. Shane I want to stay in the secular world.

But I definitely am somebody who comes from a superstitious culture because you know, Chinese culture is very superstitious. I’m wearing my red band because it’s the Year of the Tiger and I’m a Tiger. So they say, you know, Tigers have to protect themselves. So I am superstitious.

But, you know, I do believe that there probably is the supernatural and the paranormal, but not in my life, only for other people. 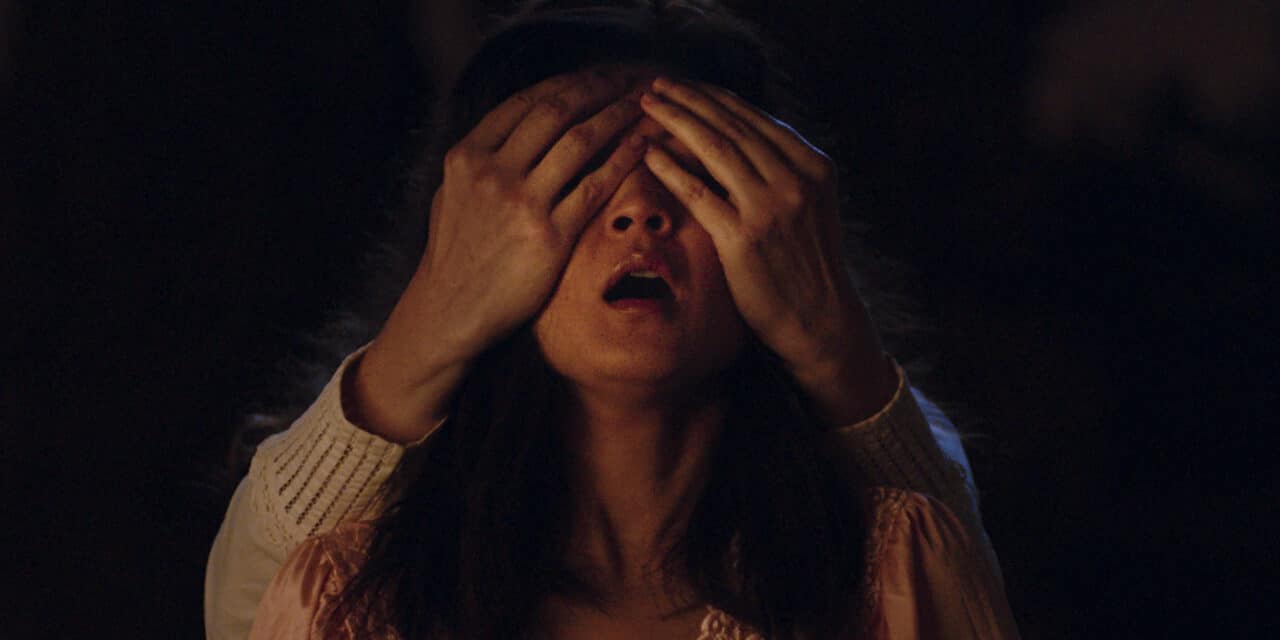 Shane: The aim of horror films is to give audiences a good scare. They Live in the Grey is both scary and creepy. Is being on set of a horror film anywhere near as frightening as what audiences can expect when they watch this film?

Michelle: You know what… this house we shot in was haunted and I’m just like, I must have blocked it out.

There was definitely things going on in the house that we shot in. It was not a comfortable house to be in.

The set that you see is very realistic. There was no production designer who came in or we changed anything or renovated the house so that it looked you know, a certain way.

I mean, when you walk into that house, it’s already preset for you.

I felt very presence. Yeah. To the point where I remember not wanting to be in some of the rooms by myself. And normally onset I always want to be by myself so I can prep but this one felt uncomfortable. There was some energy in the space and it wasn’t nice. It was good for the movie, but I was very happy to leave that location.

Michelle: Oh, yeah. You know what, there was also something where I took a picture because I was trying to show my husband this old cabinet in the house, because my husband is into vintage furniture and I remember taking a picture and then when I showed it to him, there was something else in the photo that wasn’t there before.

I showed it to the Vang Brothers and that’s when they told me that the house was haunted. Oh, it’s coming back to me. I blocked it. I blocked it Shane!

Shane: They Live in the Grey debuts exclusively to Shudder on the 17th of February 2022. In your own words, what can horror hungry viewers expect?

Michelle: I think they can expect a film that is filled with spooks and creepy scares and frights.

But also an unexpected journey about a family who’s going through a crisis and the possibility of how do you take perhaps the worst thing you could go through as a parent and turn it into something that might be the new chapter in one’s life, which is what Claire has and how she ends in the movie.

She’s opening a new chapter into her next arena of clairvoyance. Hopefully that didn’t give away the ending though guys.

Michelle: I think it delivers everything you want in a horror film, but in an artistic and an artful way that allows you to not be embarrassed because, you know, some horror films you’re like, oh my gosh, there’s just so much blood and gore.

And it might be fun, but you’re never gonna go see it again. You know, you’re probably gonna see it once and that’s it.

And this is the kind of movie you you’ll return to and it will provoke thought, it doesn’t make you wait for it. You know, it’s not a slow burn. It’s not something that you’ve got to sit through two hours and then it’s all only in the ending.

I think it’s a really fun ride but it delivers a really emotional experience that’s unexpected.

Shane: Thanks you so much Michelle for chatting to us about your amazing career and the film They Live in the Grey.

They Live in the Grey is streaming on Shudder from the 17th of February 2022.