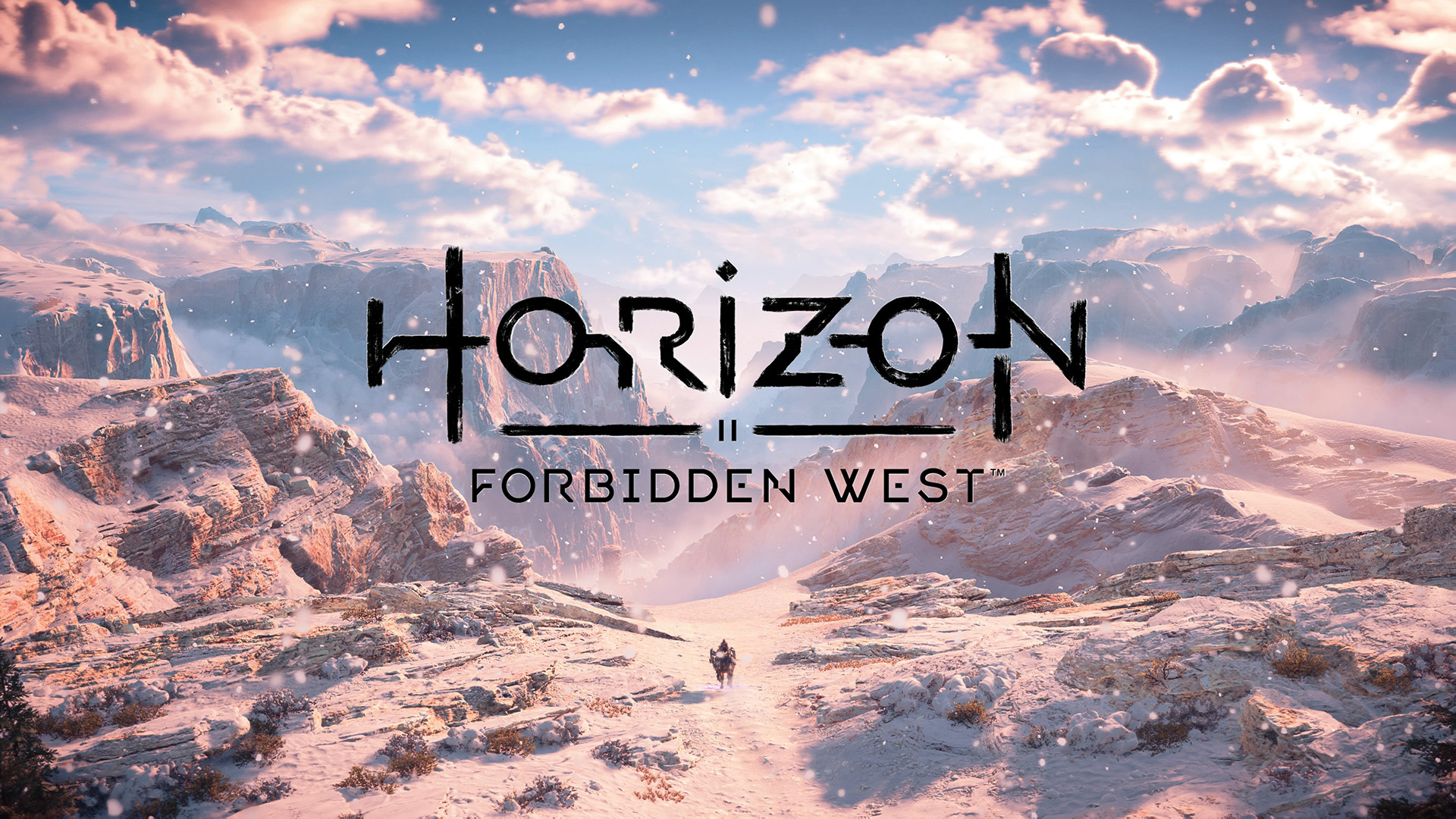 The adventures of exiled Nora huntress and saviour of her people, Aloy, continues as she journeys to the Forbidden West.

Amsterdam-based first-party Sony studio Guerrilla Games invites players to return to a post-apocalyptic future in Horizon: Forbidden West. The follow-up to the 2017 action/adventure RPG, Horizon: Zero Dawn has players, once again taking on the role of Nora huntress, Aloy.

Set in the future after a cataclysmic event wipes out life on planet Earth, Aloy’s world is one whereby nature has reclaimed the planet and a new human civilisation grown from the ruins of the past. Set thousands of years into the future, the developers have suggested that Aloy’s adventures are set in a post-post apocalyptic future. 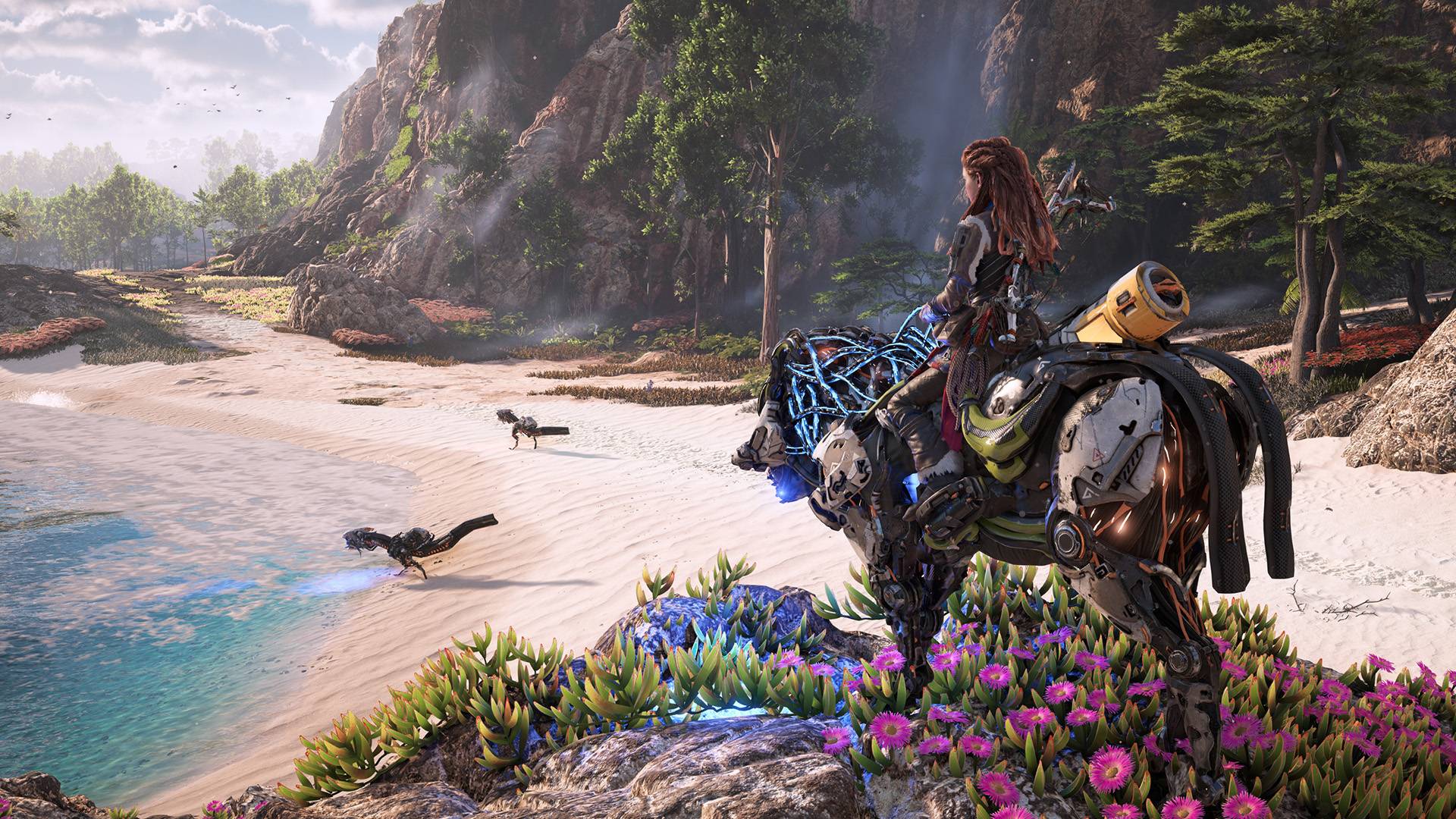 The beginning of Horizon: Forbidden West summarises the event of its predecessor, so there is no immediate need to play the first game, Horizon: Zero Dawn, to enjoy this sequel. That being said, the first game and its DLC expansion, The Frozen Wilds, are very good and worth experiencing for yourself.

During the first game, the secret of Aloy’s birth and the cause of the world’s destruction was revealed. Aloy is a clone of the leader of the Zero Dawn project. The project was devised to create an AI system called Gaia, to repopulate the Earth after a global extinction event caused by out-of-control self-replicating military robots. The plan was for AI subsystems to attack the robots, terraform the planet and reintroduce plants and animals before releasing humans back onto the surface. 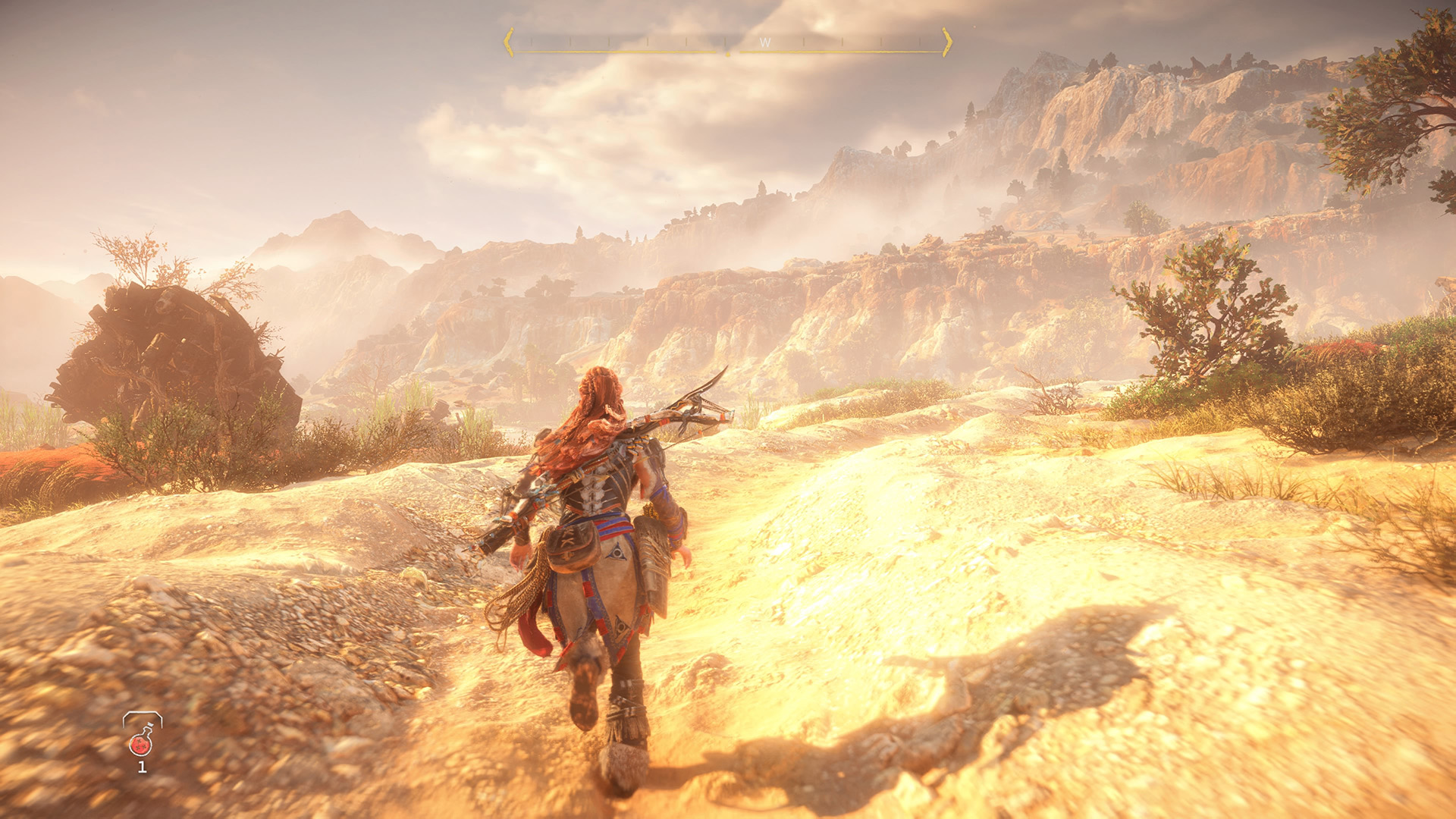 Things didn’t go to plan resulting in malevolent robotic creatures that roam the world and a malfunctioning AI subsystem called Hades bent on destroying all life. At the end of the first game, Aloy defeats Hades’ forces, but the AI is captured by Sylens, Aloy’s enigmatic mentor.

The world-building and Aloy’s secret origin dealt have been dealt with by the first game. This leaves Guerrilla Games free to further develop the rich cultures and environments without the need for exposition.

Forbidden West starts some months later, with Aloy now famous and the Saviour of Meridian, one of the big cities in the first game. Between games, Aloy has been learning about the old world as she seeks a backup of Gaia. The terraforming AI is required to finish replenishing the Earth as across the land, a red plant, called the blight, is destroying crops, killing animals, and making people ill. 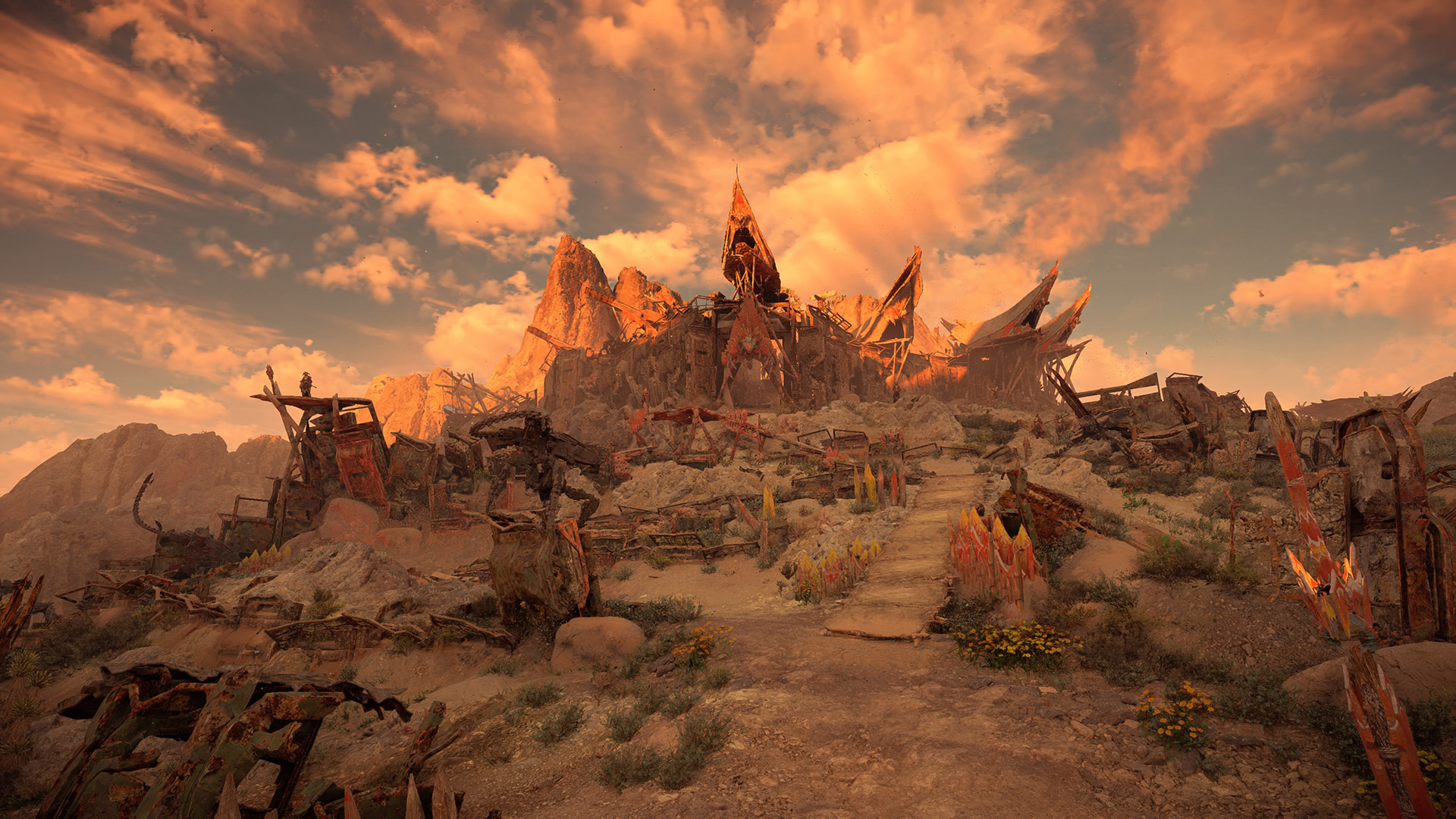 When Sylens contacts Aloy, once more, he sends her on another quest, this time into the Forbidden West, to locate a rumoured location of a Gaia backup. of course, the Forbidden West is fraught with its own mysteries.

Whilst the first game explains what happened, it doesn’t really explain why. Although the plot does telegraph itself somewhat, there’s still enough intrigue and WTF moments to keep the story exciting for this sequel. The game also continues to introduce new tribes, like the inhabitants of Plainsong who worship the robots that previously sowed crops for them to eat, but now only serve to spread the deadly blight.

Horizon: Zero Dawn was a love it or hate it game, and I see Horizon: Forbidden West being the same. The epic world-building, a vast plot, and sweeping vistas distils down to a standard mission-based open-world game with hunting, crafting, melee, and ranged combat. The game definitely takes a leaf out of the Ubisoft school of game creation with the open-world mechanics that Sony games have used in everything from Spider-Man to Days Gone. 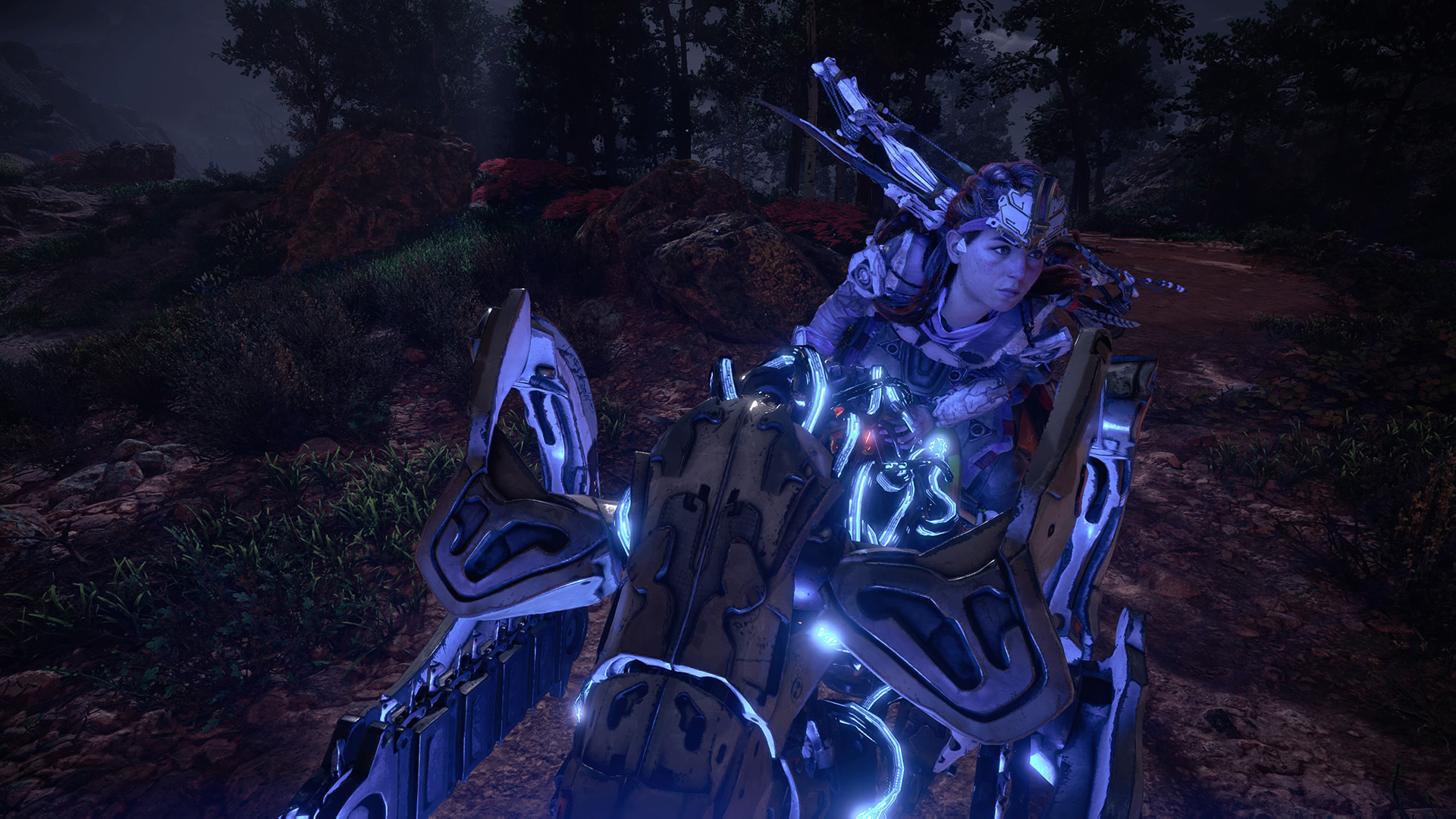 Forbidden West may be more of the same, but everything is bigger and more refined. As before players have a map that is slowly revealed as it is explored or unlocked via climbing to the top of the gigantic roaming “tall-neck” robotic creatures. As well as the main quest mission, there are side-missions, salvage contracts, errands, and other activities to discover. There’s a lot to do and huge new environments to explore.

The climbing is more prolific and Aloy has a grapple called a pullcaster for pulling certain objects and latching onto grapple points. Early on Aloy unlocks the shieldwing, a device that can be used to glide down from a height. There are new enemies, both human and robotic, and Aloy has a few more weapons at her disposal as well.

Hunting, salvaging, and gathering are still a big part of the game, like with its predecessor. This time, however, a full inventory means that scavenged items are transported to Aloy’s stash rather than having to be left in the field. Doesn’t make sense from a logical point of view, but makes gameplay a bit easier and more fun. The hunting/gathering mechanic also means that potions, ammo, and other consumables can be easily replenished by spending a few minutes looking around. Crafting is a big part of the game, as well as upgrading outfits and weapons. 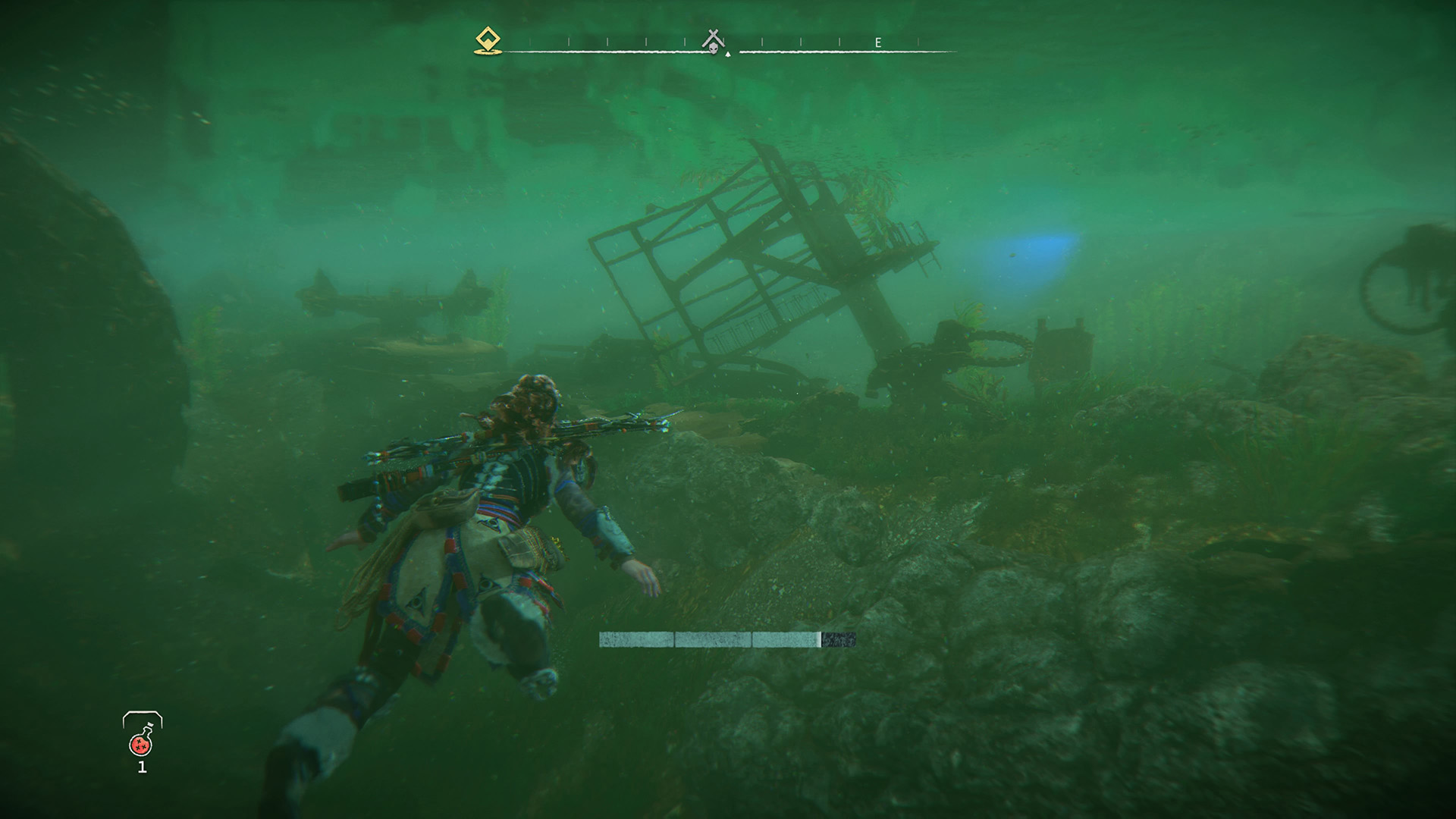 As you’d expect, completing tasks and defeating the robots gains XP which can be used to attain skills via a series of skill trees broken down into specialisations. Key among these are valor boosts which grant Aloy special temporary buffs.

Horizon: Zero Dawn was, and still is, a great-looking game. Forbidden West ups the resolution for PlayStation 5 owners and increases the number of incidental animations and lighting effects, bringing Aloy’s world to life with even more clarity. PlayStation 5 owners also get to choose a graphics mode that favours resolution, at a lower frame rate, or favours performance over resolution. Even on the performance setting the visuals look stunning.

The character models and animations look particularly good, as do the animal-like machines that Aloy must confront. You can see incredible detail right down to the tiny hairs on characters faces. But it’s the breathtaking world that really shines. It’s difficult to explore the mesh of familiar, but ancient, ruins and the new world that has grown on top of it without stopping and switching to photo mode all the time. 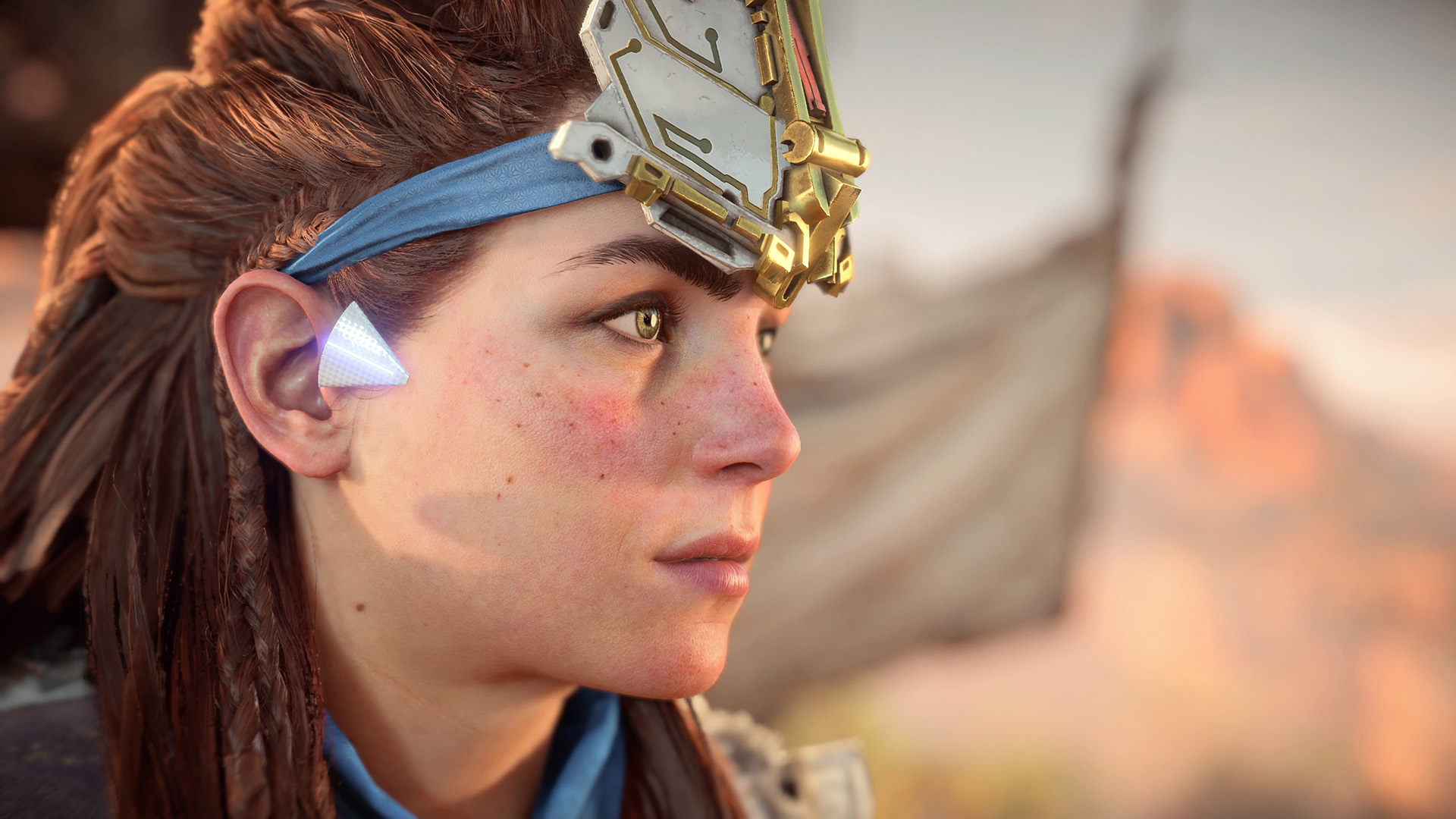 The look and feel of the game, as with its predecessor, does have an air of the famous sci-fi comic magazine Heavy Metal about it. It’s an epic adventure rich with the cultures of the post-apocalyptic tribes all trying to make sense of the relics of the past.

All in all, Horizon: Forbidden West cements Aloy’s adventures as a pillar of the PlayStation game catalogue. The story, setting, and gameplay are epic; almost overwhelmingly so. If the first game didn’t quite get the recognition it deserved, this sequel should correct that. What a game to start 2022 with. 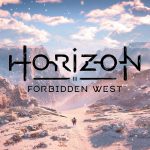 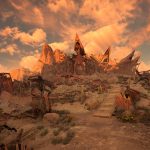 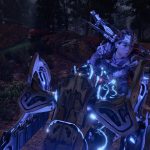 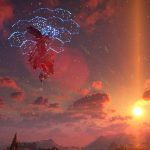 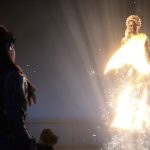 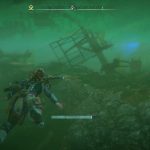 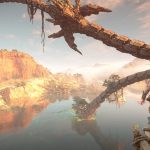 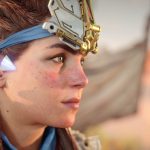 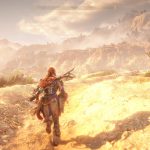 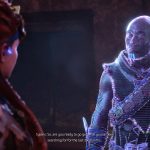 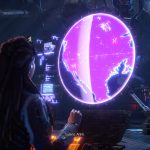 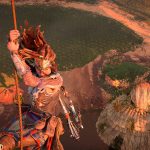 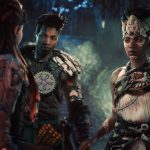 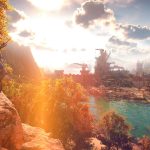 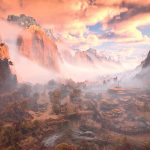 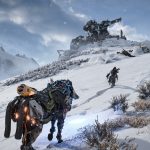 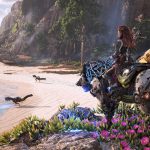 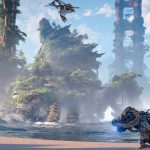