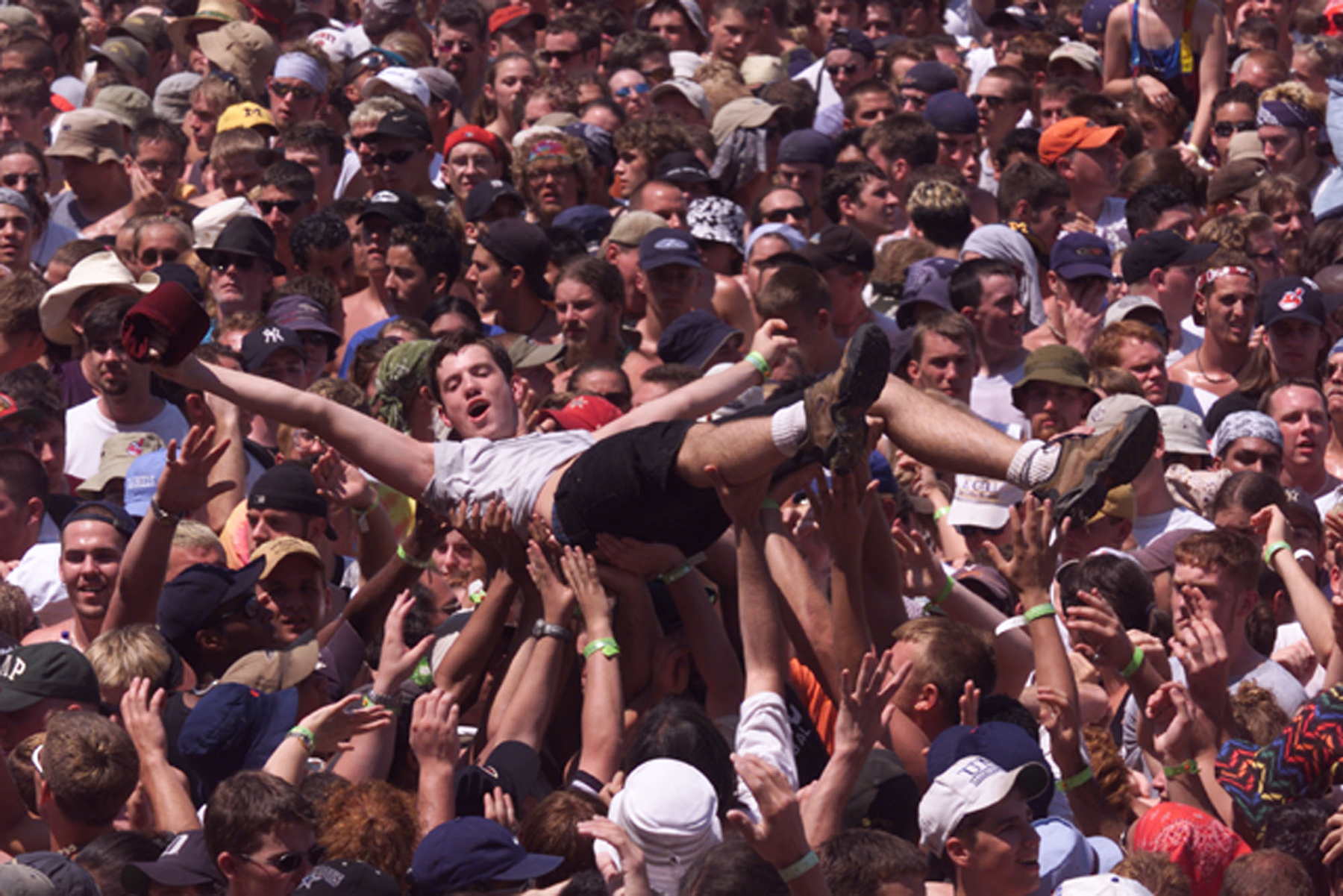 52 years ago, there was a music festival held on a dairy farm in Bethel, New York which would end up being regarded as a seminal moment in counterculture and music history.

Promoting “3 days of peace and music”, the festival featured artists like Janis Joplin, The Who, Ravi Shankar and Jimi Hendrix.

Jump forward to 1994 and another festival was held to commemorate the 25th anniversary of the original. Both the ’69 and ’94 Festivals were not without problems, but with the public seemingly remembering the rosy glow of both, why not have another festival in the last year of the 20th century?

Garret Price’s Woodstock 99: Peace, Love and Rage tells you why the ’99 Festival should not have happened, what did happen, and the social and political environment of the time. It was this environment that turned what should have been a celebration of peace and love and the final days of the 20th century into a dude bro Lord of the Flies-style debacle. 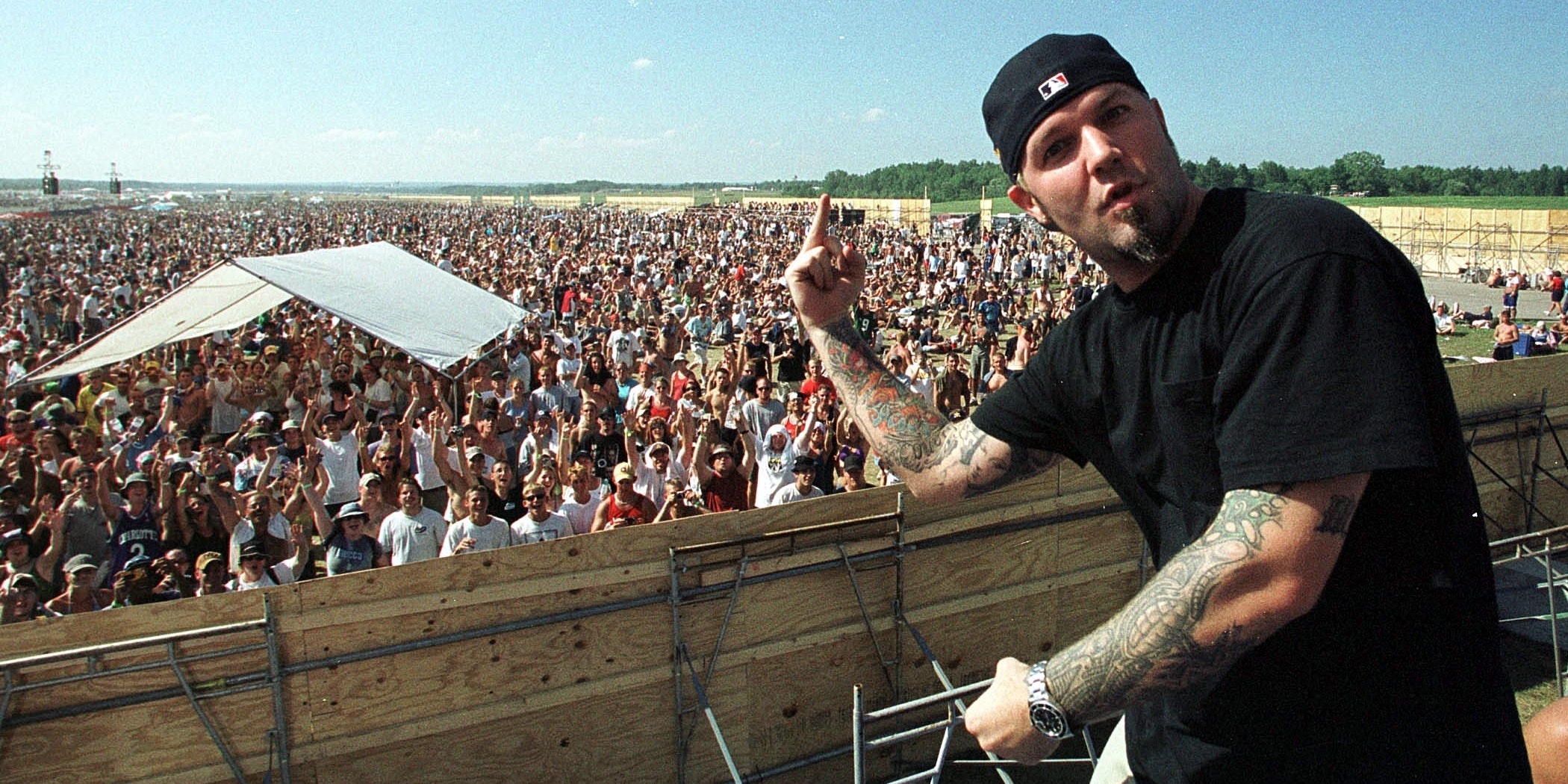 With the disaster of the Fyre Festival still fresh in the audience’s mind, Garret Price could have easily delivered a chronological documentary that looked at what happened and where things went wrong and it would still be engaging.

However, Price goes even deeper by weaving in the interviews and narratives of attendees, performers and journalists (as well as Woodstock ’69 co-founder Michael Lang and ’99 promoter John Scher), as well as the diary entries of a young man called Dave who documented the Festival in his diary. 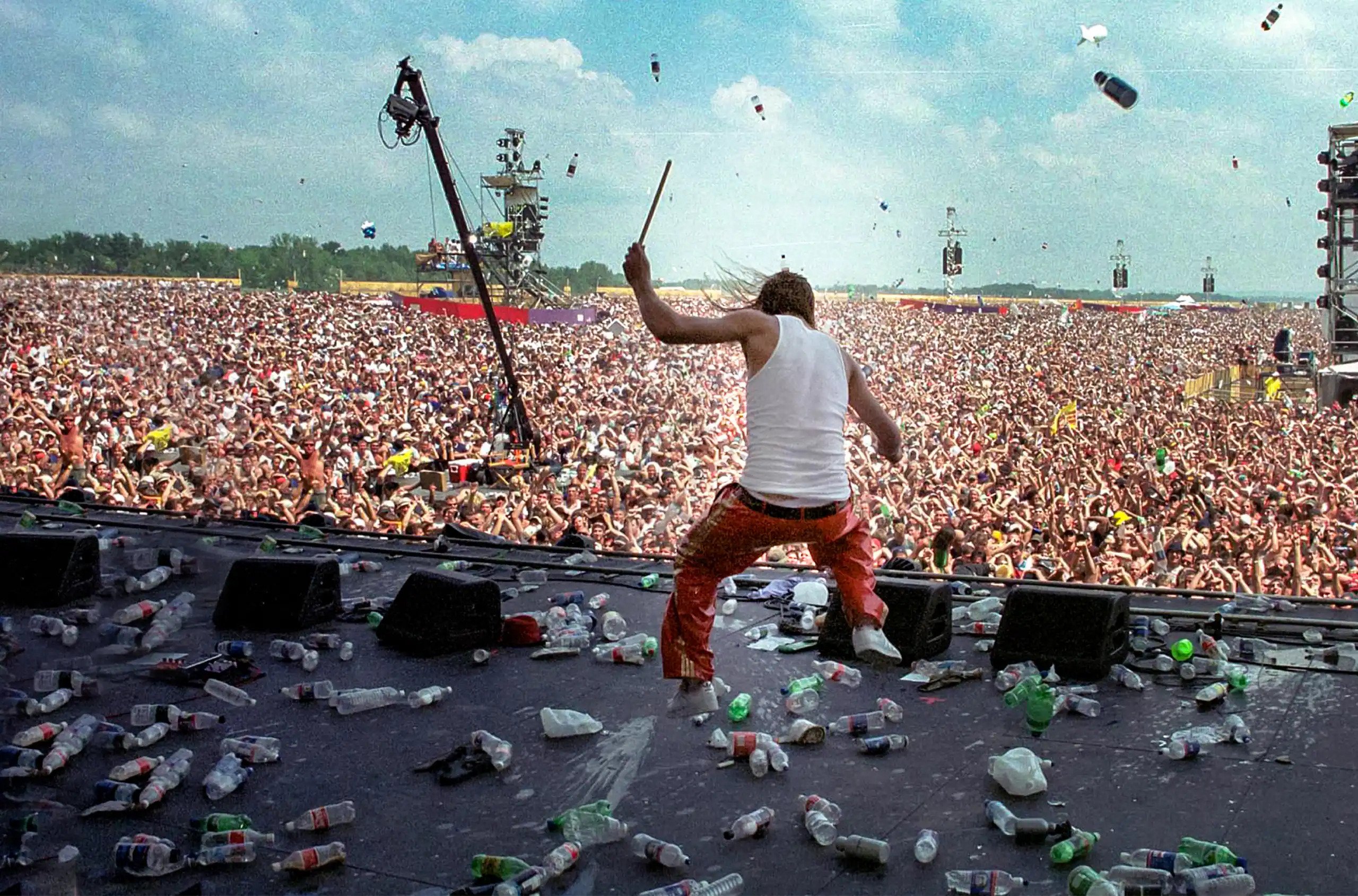 What we see in the documentary (and in hindsight) is an audience and society that was not just decades apart from the original Woodstock Festival, but light years away from the sentiment and vibes of 1969. Instead of people coming together on a muddy dairy farm in Bethel, New York, a disused military base was the scene for Woodstock ’99.

The muddy free love vibe of ’69 was replaced by, as one attendee puts it, “a lot of white boys wearing backwards baseball caps”, sliding not in mud but in human excrement due to overflowing sanitation.

That’s not to say that ’69 and ’94 remained problem free, something that the documentary is quick to point out: the military had to get involved with ’69 and in ’94 there were people sneaking through the weakly reinforced fencing (among other issues).

But selective memory and the passage of time has seemingly wiped these issues away like the mud in Bethel with the argument being that the 1970 documentary and soundtrack commemorating the ’69 Festival became what people remembered instead of the whole, unstilled truth of the event. 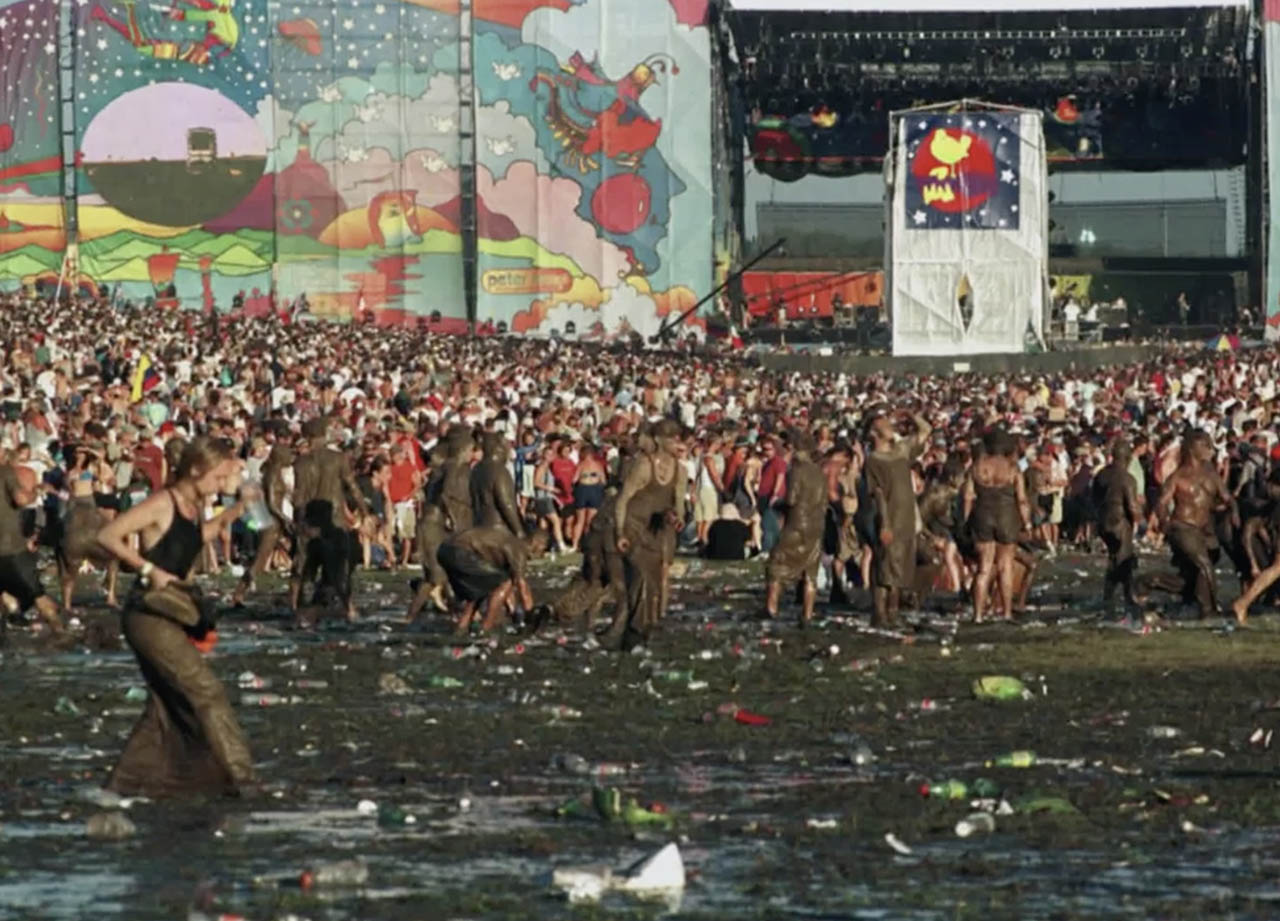 The ’99 Festival came at a time when young people (unlike their predecessors in ’69) really didn’t have anything to fight for.

It was a time when MTV played mostly music (instead of reality shows), and there was a strange duality: after the short-lived and more socially aware grunge era, the space was being filled by saccharine boy bands and acts like Britney Spears, and the rise of darker, more mean-spirited bands and the birth of Nu-Metal. And it was this mean-spiritedness that would seep into Woodstock ’99.

At the same time, the selling of sexuality and exploitation of women was rife in the media- magazine racks stacked with titles like FHM and Maxim, and the Girls Gone Wild series encouraging young women to flash their breasts on camera. All of these elements meant that the ’99 Festival was seething with misogyny and anger, something seen in the documentary very clearly. 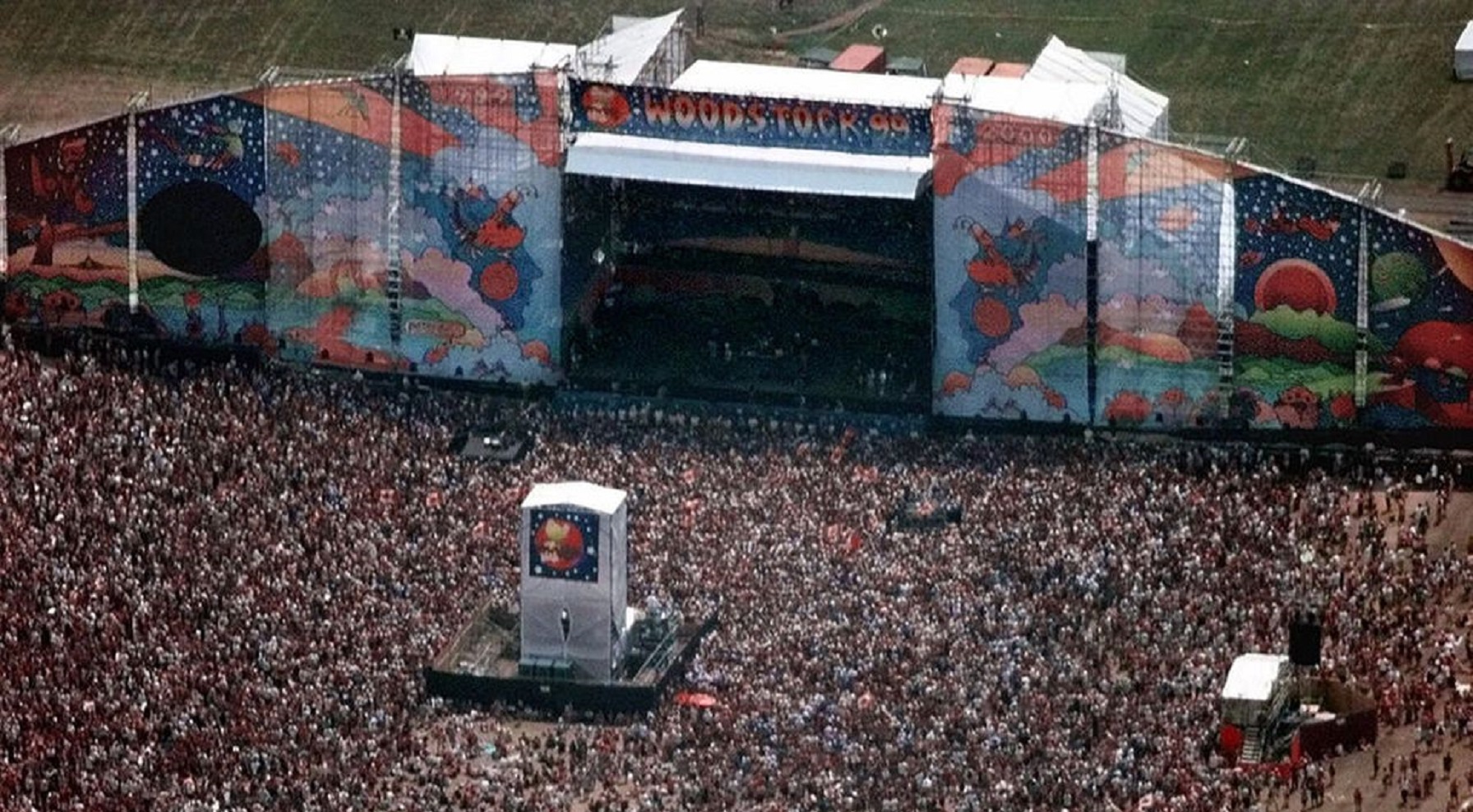 Adding to this cultural powder keg was the stifling heat, poorly trained security guards and a lack of safe, inexpensive water (there was free water available, but people were taking it upon themselves to bathe in it, thus rendering it undrinkable).

The safety of women was not a priority, with groping whilst crowdsurfing, chants of “show us your tits!” and 8 sexual assaults reported to police (with the documentary estimating that there were hundreds more). By the time the Red Hot Chilli Peppers took to the stage at night and candles were given out for an anti-gun vigil the stage was set for a complete deterioration and chaos was fully unleashed.

Perhaps for those of us who were teens or in our twenties in 1999 it also captures a slice of what was happening for us musically, as Price very deftly layers the documentary with some of the Woodstock ’99 performances (including Limp Bizkit’s Break Stuff which has been labelled-albeit possibly too strongly- as the catalyst for the violence that followed) to really bring the event to life.

Perhaps it’s nostalgia of being a teen in 1999 talking, but you can almost smell and taste it (however bad that might smell and taste given the sanitary issues). ’99 may have been a (no pun intended) shit show, but artists like Moby, Jewel, The Offspring, Metallica and Korn were part of our consciousness, even if we listened to the likes of ‘N Sync or Britney Spears instead.

Woodstock ’99: Peace, Love and Rage looks at a very specific moment in 20th century history that was captured snow-globe-like in a Festival. It doesn’t shy away from the chaos but also manages to give voice to a particular generation who before 9/11 had very little to be concerned about. 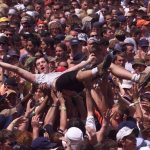