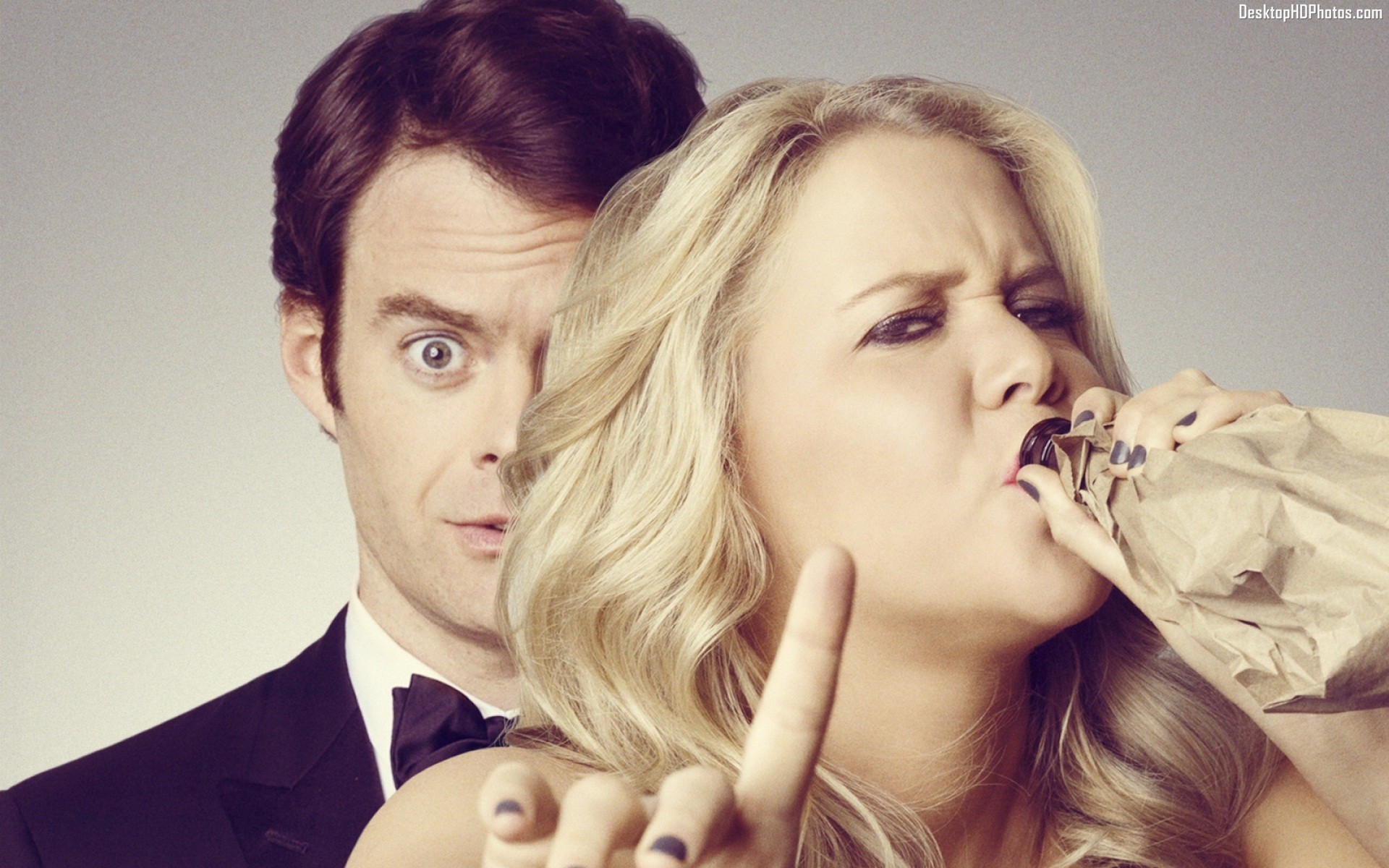 Stand up comedian Amy Schumer is the creator behind her very first movie Trainwreck, but was that just describing exactly what it was?

Since Amy (Amy Schumer) was a little girl, she was told by her alcoholic and cheating father that monogamy is unrealistic. This pretty much sums up what the whole movie is with its opening sequence about with her wishes to remain unattached, with not much else to discover in the development of the film.

We see a disturbed and socially inept girl who is unable to bond with the opposite sex, as she lives a life of booze and casual sex night after night, refusing to stay the night and creating any real connection with someone. She’s blissfully enjoying life free from a so called boring “unrealistic” romantic commitment, but in reality she is kind of in a rut.

As a magazine writer for a men’s magazine, she gets assigned to a new article featuring a charming, sweet and successful sports doctor Aaron (Bill Hader). Amy starts to wonder if other grown-ups, including this guy who really seems to like her, might be on to something.

As you can imagine, there are a few cheap laughs at her ‘trainwreck’ of a life with the usual trash talk and how she makes fun of herself but doesn’t hog all the funny lines either.

There’s a funny mock documentary with Daniel Radcliffe that could launch a spin off, and it was quite possibly the most funniest bit in the whole film. And Lebron James (who plays himself) steals a few comic scenes as he offers Aaron advice while skipping out on restaurant tabs.

This film can be sort of seen as a statement for a woman’s right to choose how to live her life, except I found her to be unattractive because of her language, attitude and behaviour which are really not much for enticing any man to take it any further than an overnight date.

The supporting characters are just as unlikable with her father (Colin Quinn), whose advice when she was younger was damaging and set her up for this life, as she is basically living the same life he did. He now resides in a nursing home where his crass demeanor wins no prizes for social enlightenment. Amy’s sister Kim (Brie Larson), who is married and has a stepson, is currently pregnant. Her reaction to their father is less sympathetic, while Amy sees her life as too perfect.

So there is a strong theme regarding dealing with relationships within all areas in one’s life but the real trainwreck comes with the realization that one causes their own wreckage with a future of promised mending.

It is a bit of a cliche romantic comedy with a weak script and overextended dialogue that doesn’t substitute for quality. However, Trainwreck is still entertaining to watch if you’re after some easy laughs and don’t mind something quite predictable.