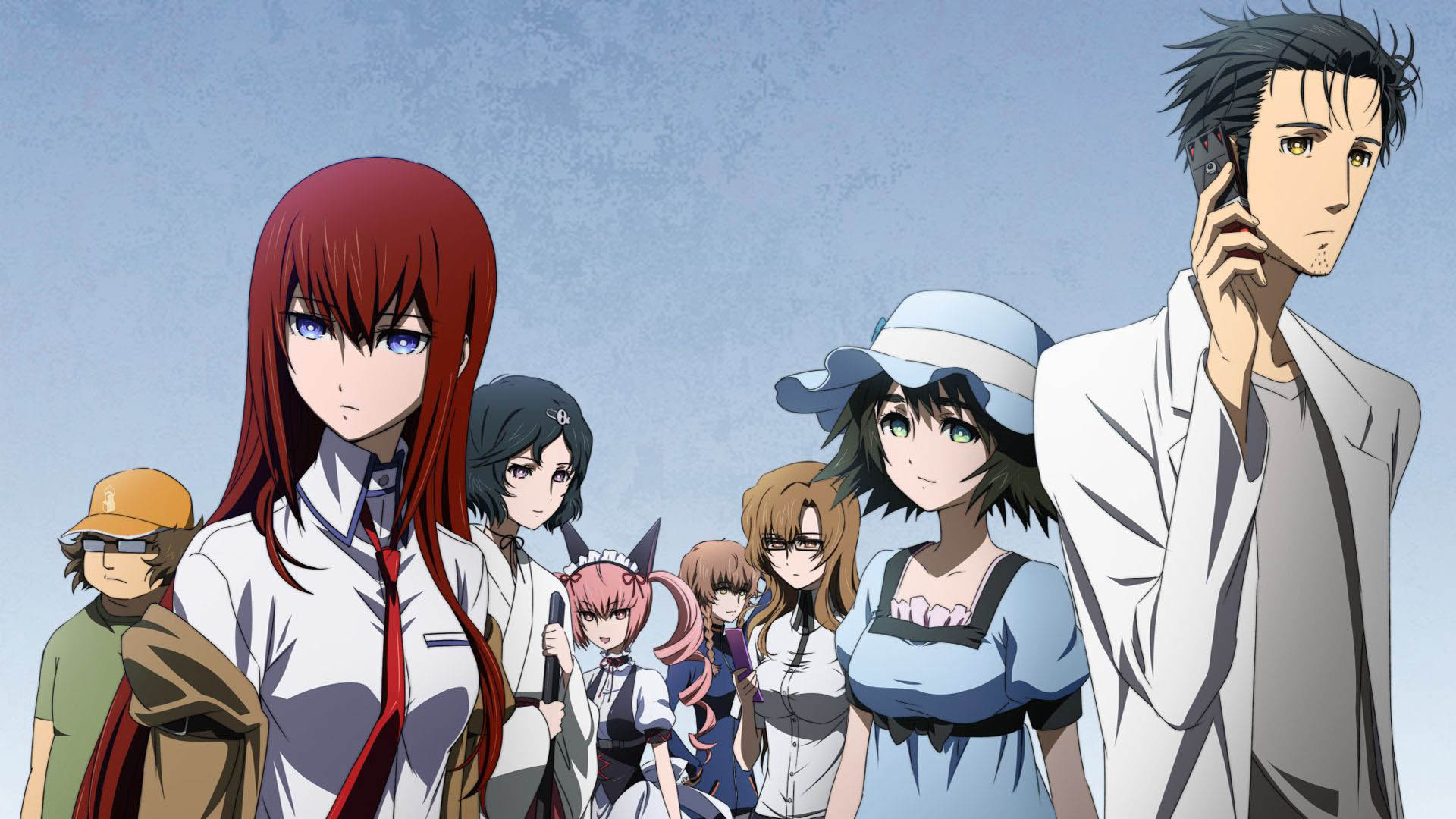 When I was first introduced to the anime series, Steins;Gate, which was based on a visual novel of the same name, I didn’t think I’d get so hooked and emotionally invested. After watching the series in its entirety, I knew I needed more. Thankfully, the genius creators behind the series followed up on the 2011 anime with a film, acting as a sort of sequel to the series.

Steins;Gate: The Movie – Load Region of Déjà Vu takes place one year after events in the anime series and sees Rintaro Okabe, the main protagonist, settle in the ‘Steins;Gate World Line’, in which he successfully prevents the deaths of his dear friend, Mayuri Shiina and love interest, Kurisu Makise, as well as averted the disastrous future ruled by CERN, the European Organization for Nuclear Research. 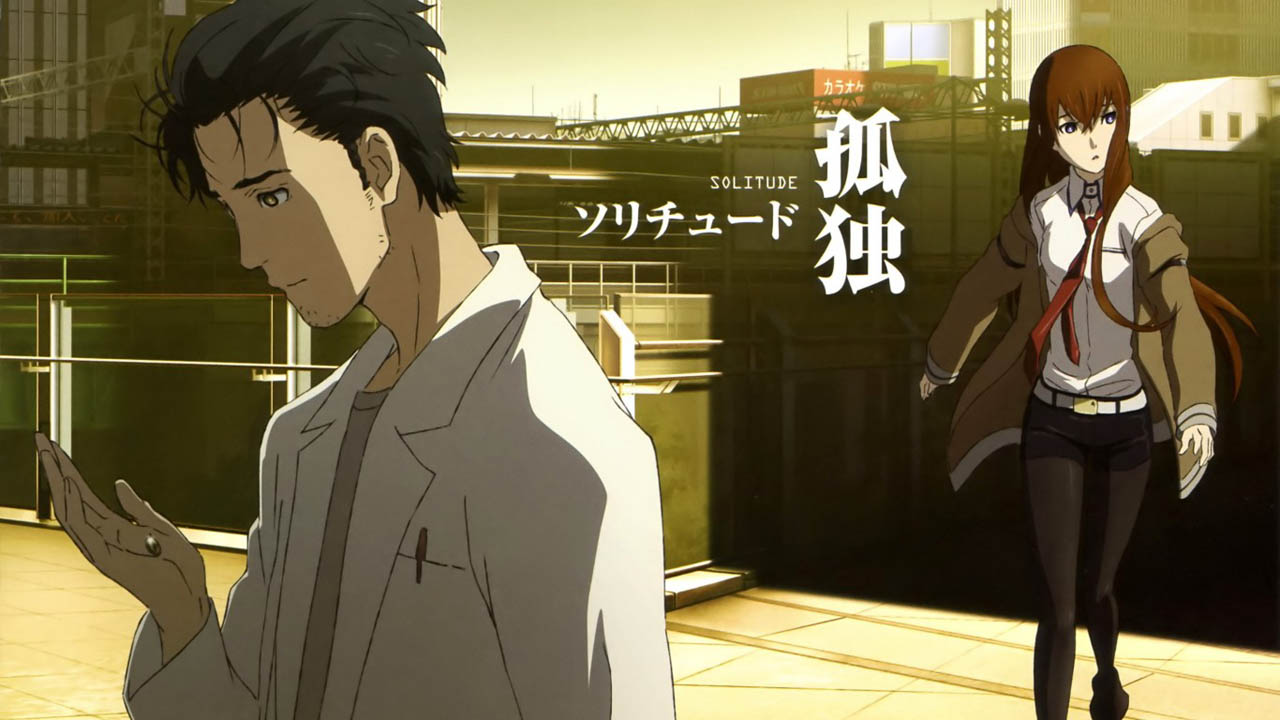 While life seemingly returns to ‘normal’, all is not as well as it would seem as Okabe suffers from his previous travels through world lines, which leads to him fluctuating between his current world line and another, a fluctuation which will eventually see him fade from existence completely. It is up to Kurisu to save Okabe this time and thus she sets about travelling through time to save the man who risked it all to save her.

Being a film and not a series, the entire narrative was cut down to suit a feature length film. As such there wasn’t any character or world building present in the film. Though this was lacking, it did not really affect the film as it is assumed that viewers had already watched the anime and knew the background of the narrative and of each character. In a way, the shortening of the narrative had both pros and cons as it avoided unnecessary waffle in the story but also could be seen as rushing through to reach the film’s resolution. 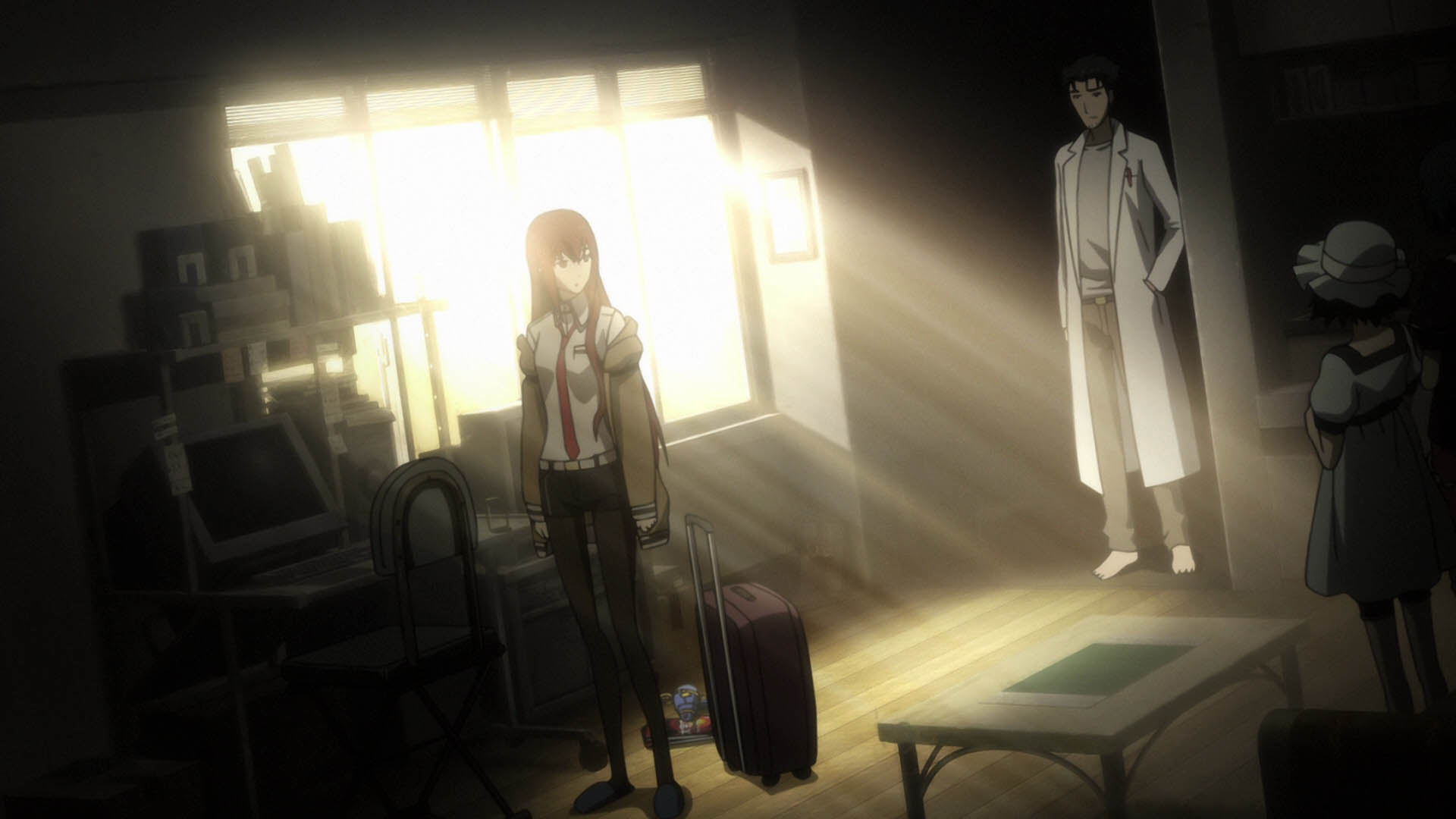 The first half of the film was incredibly satisfying and was just as intriguing as the anime itself. However, it was slightly disappointing that the second half of the film was rushed. It almost felt as if the creators didn’t quite think the entire story through as the lead up to the film’s conclusion felt incredibly forced. The ending certainly required a significant amount of thought in order to understand the film as a whole, something which can often be frustrating for those who simply want to sit back and enjoy without needing to expand too much energy thinking about the film.

As a fan of the anime series, I found the film to be enjoyable and it was great to watch the characters come to life again after years of sitting idle. The film was entertaining, yes, but I was slightly disappointed that the genius of the film’s plot seemed to be slightly off and lacking. 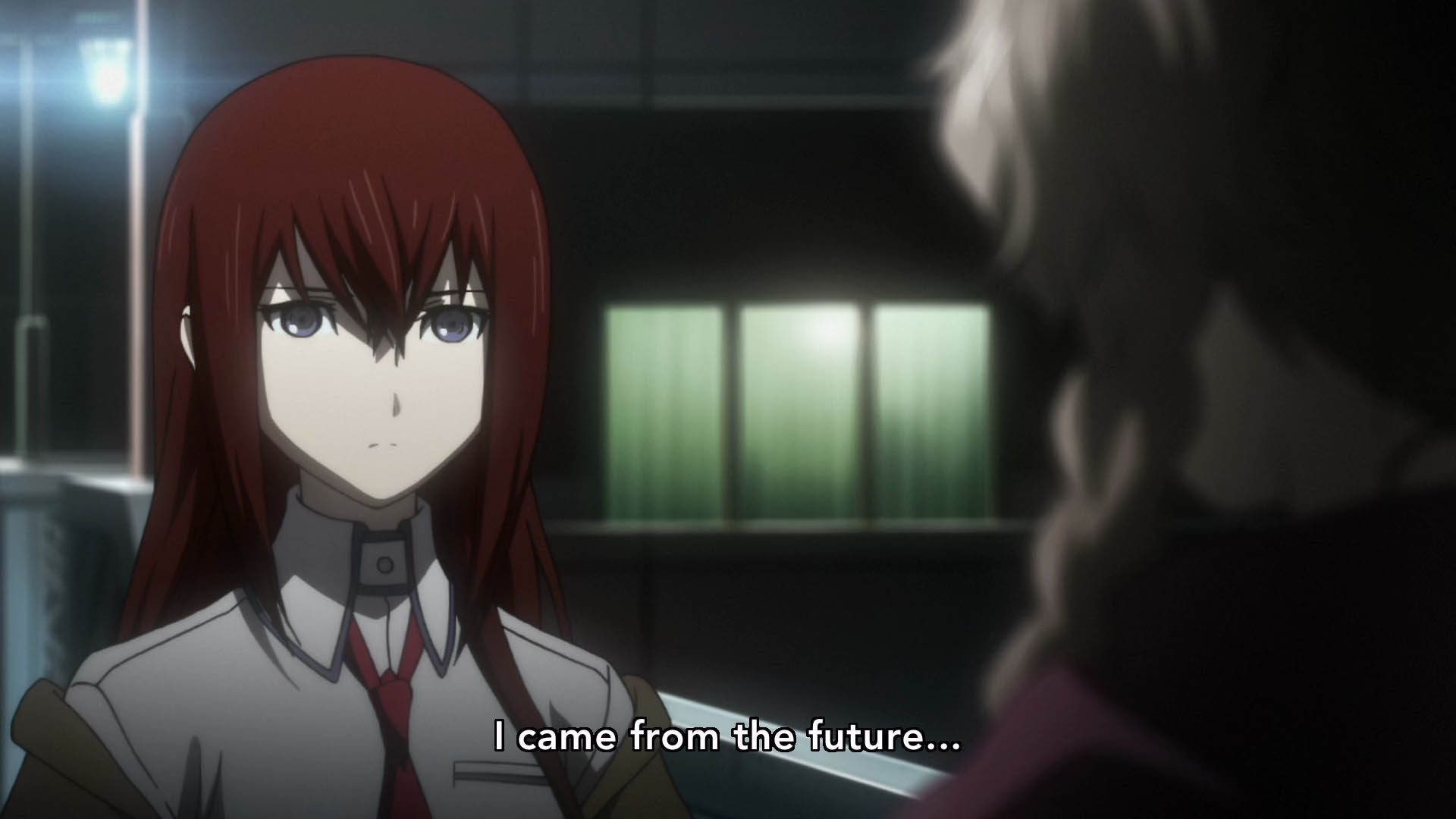 Visual and soundtrack wise, the film felt akin to the series with eye-catching graphics and soft, peaceful music which lulled viewers to a state of comfort and relaxation, very much like the anime series.

That being said, it felt great to have a sequel which brings about a decent conclusion to the entire series and gave us one more look at the world of Steins;Gate and it’s fantastic characters. If you loved Steins;Gate and need to watch more, this film is definitely for you.