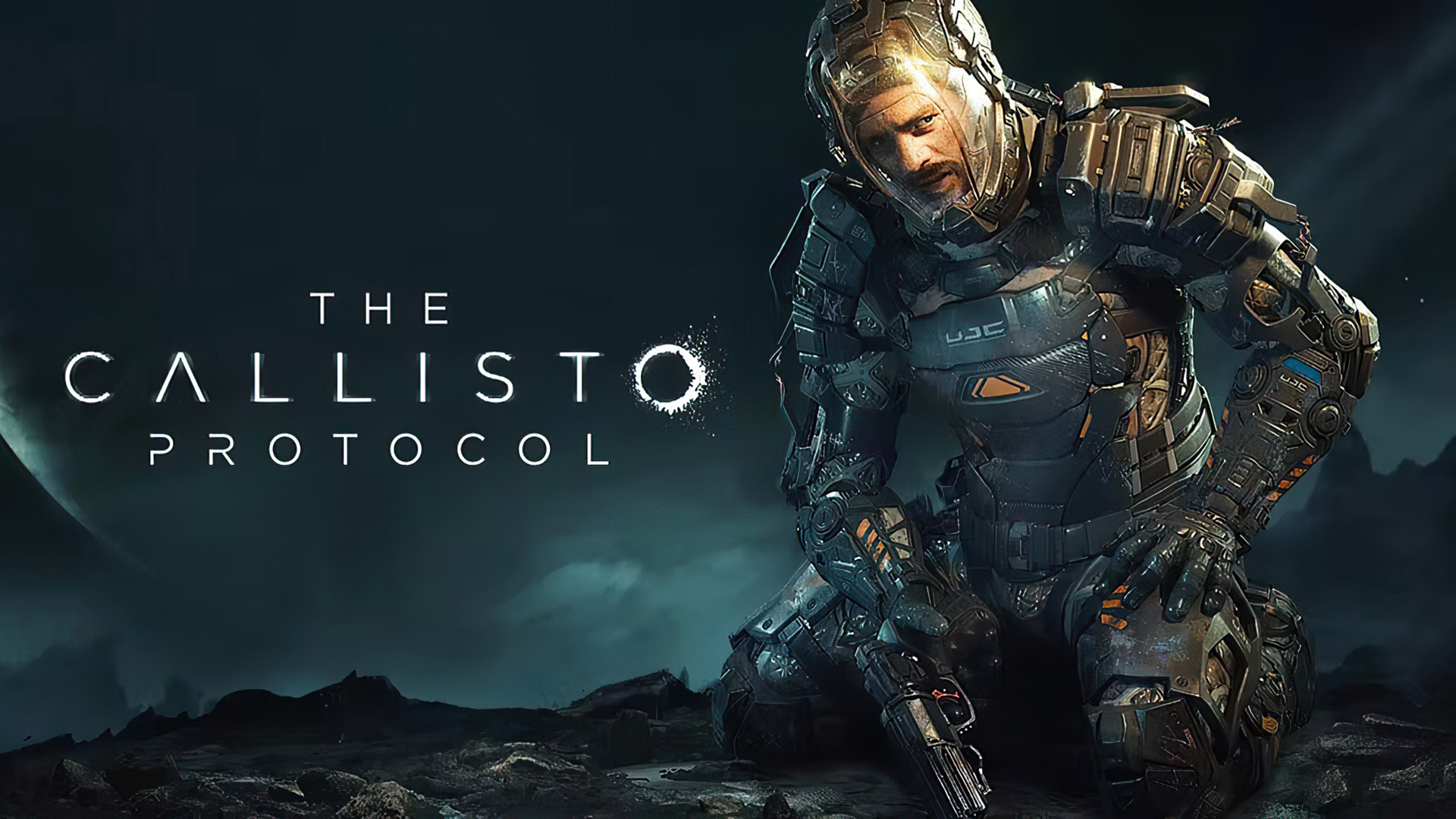 The premise is simple enough.

Whilst ferrying an unknown cargo between the Jovian moons of Europa and Callisto the space freighter UJC Charon is attacked by terrorists. After crashing on Callisto’s surface, the surviving pilot, Jacob Lee, is apparently mistaken for one of the terrorists and finds himself locked up in the moon’s Black Iron Prison. Then everything goes to shit.

The review code for The Callisto Protocol arrived in my inbox pretty much the moment that the review embargo dropped. It’s not unusual to receive a review copy of a game on the day of release, especially if it’s a popular title. It was a bit of a relief as it’s a busy time of year and I could do without screaming through the game to meet an embargo deadline. 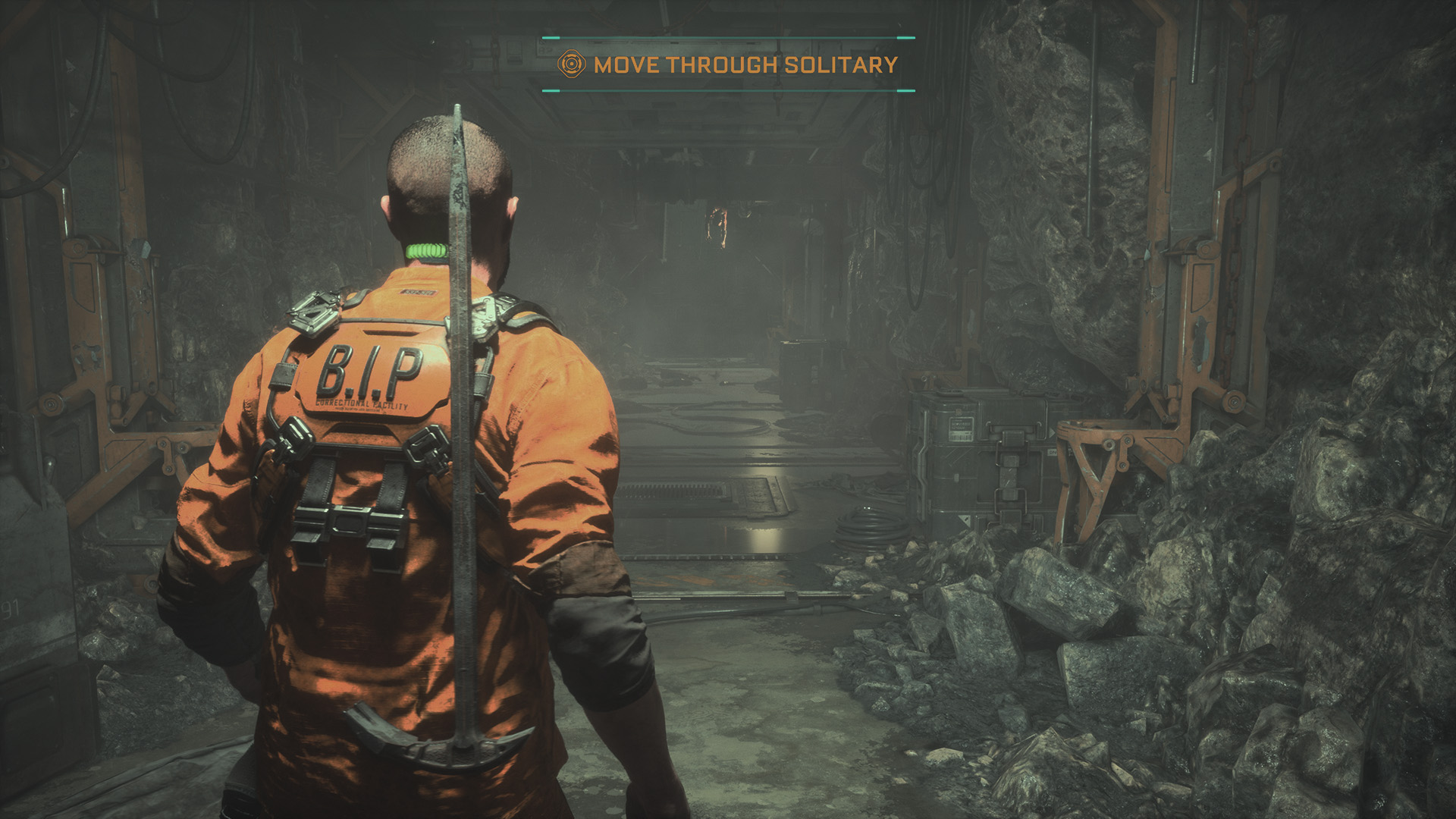 The game arrived late enough for me to get a sniff of some of the early reviews and mixed views of the game. As you can imagine, I try to stay away from reading the options of others when I’m reviewing a game, but for this one, it was rather unavoidable.

Mixed reviews seem to be a common thing of late and I was mindful of that going into the game. In this case, could they just be the rantings of reviewers, burnt out, trying to force themselves through a game best enjoyed at a leisurely pace? Is it a game that’s “too long” for the reviewer (that got the game for free) and is playing it in their own time when they would sooner be down the pub?

With a slightly more biased mindset than I would like, I entered the world of The Callisto Protocol. 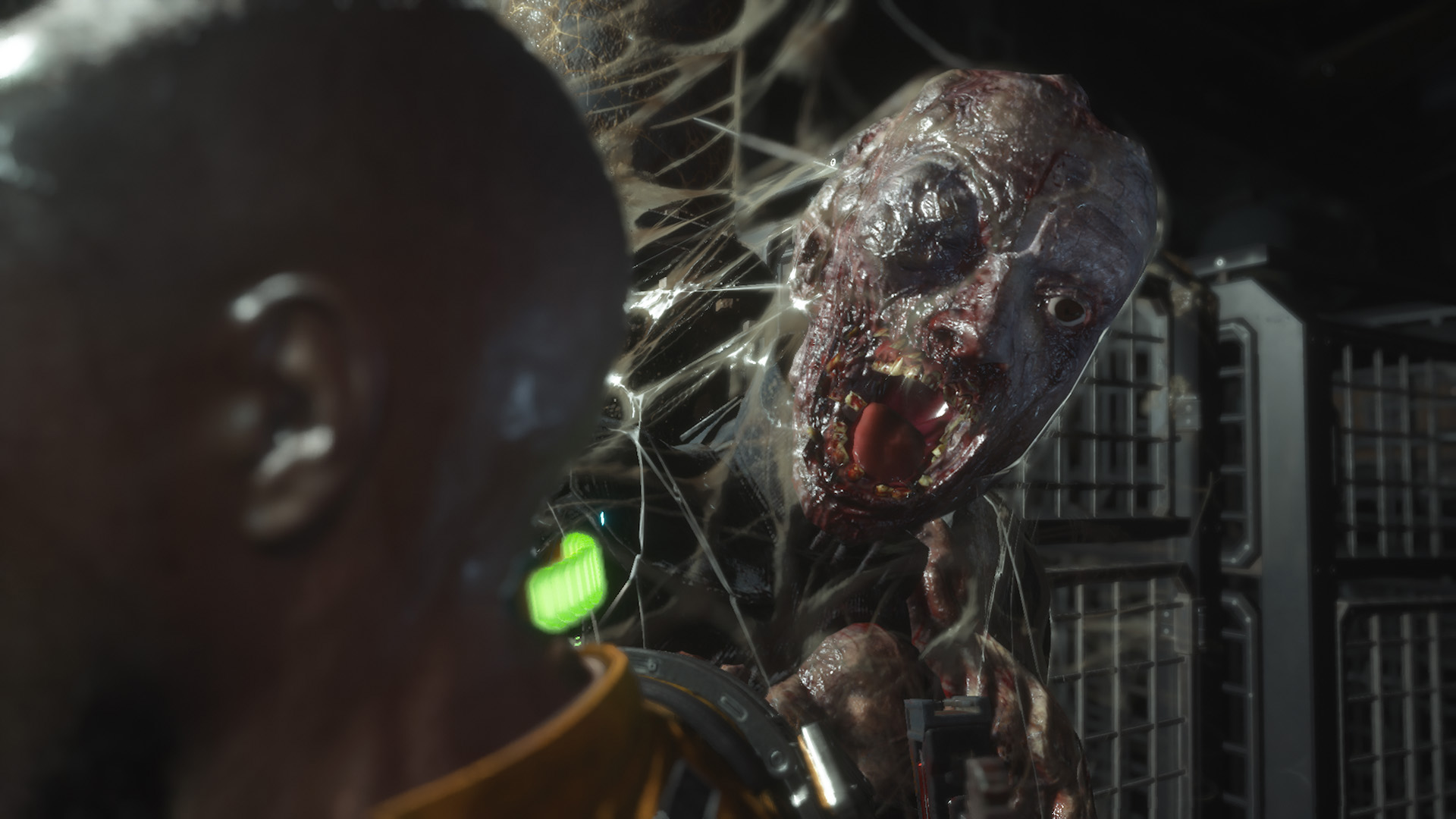 The game certainly has a good pedigree, coming from some of the creative minds responsible for the Dead Space games. The pre-release publicity has also been impressive.

The first thing that hits you is the game’s AAA aspirations. The visuals and scene setting are polished to a tee. It’s a stunning-looking game that’s obviously had a lot of time and effort put into it. The game sets the scene perfectly throwing the protagonist and the player into an unfamiliar and unsettling situation.

Playing the game on Xbox Series X, I didn’t have the performance issues that plagued the game on PC. Whilst I can see that the game is running well below 60 frames per second, the visuals are smooth. I played a good portion of the game on the Xbox Series S. 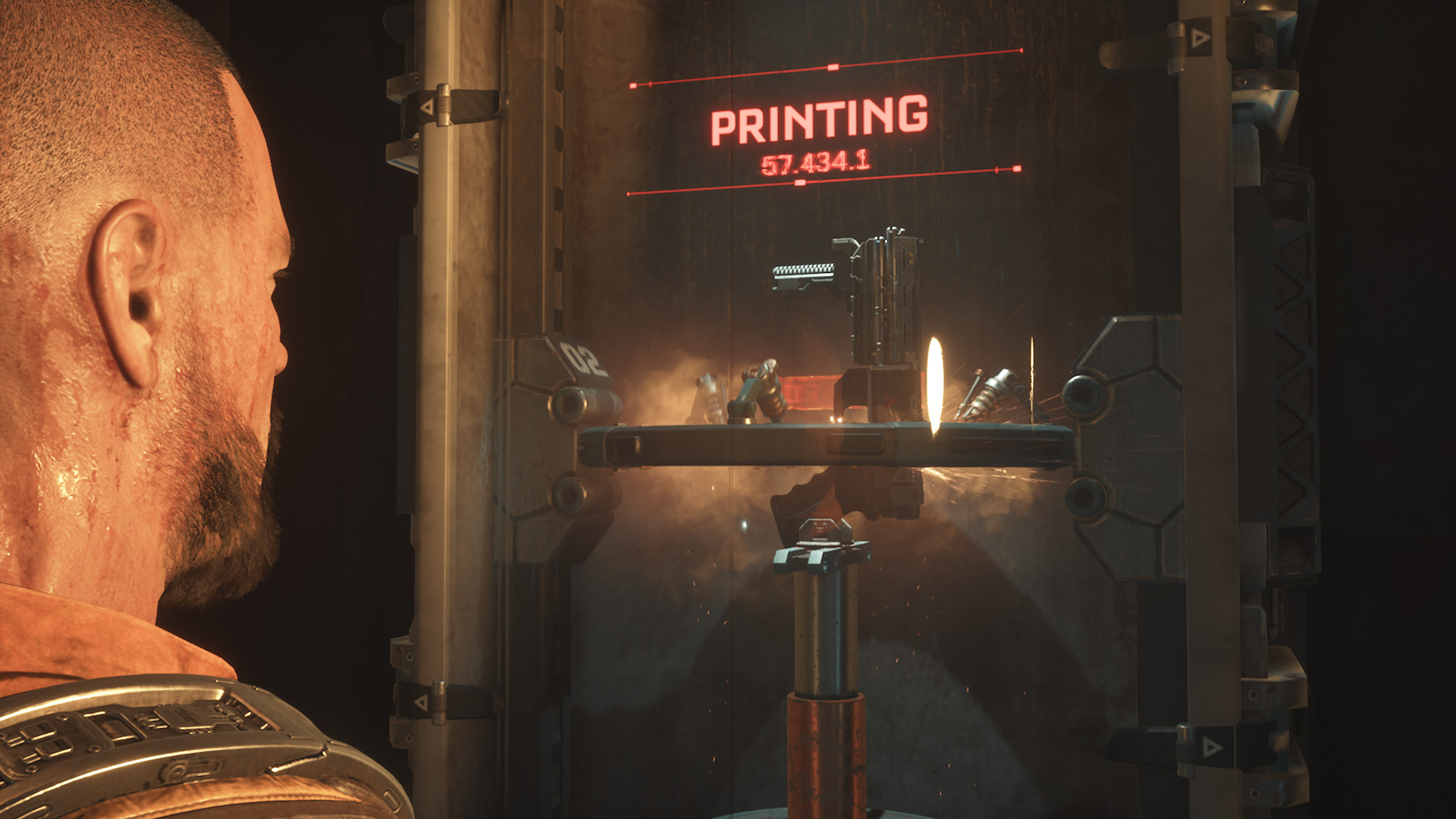 As all hell breaks loose in Black Iron Prison, Jacob’s sole mission is to get off Callisto alive. This means finding a way out of the prison which is under siege by hideous creatures that are seemingly mutated from the inmates and guard population.

The game wears its inspirations on its sleeve. We have Alien, The Thing, Doom, and Dead Space all mixed up together. And for the most part, it works.

The Callisto Protocol makes some of the best use of environmental effects to add tension that I’ve ever seen in a game. As well as playing on darkness, steam escaping from pipes obscures the way ahead. There’s a room, shrouded with mist, with the unnerving sounds of creatures coming from all around you. The lighting is particularly well done, from the blood-red lamps to the ominous shadows on the walls. 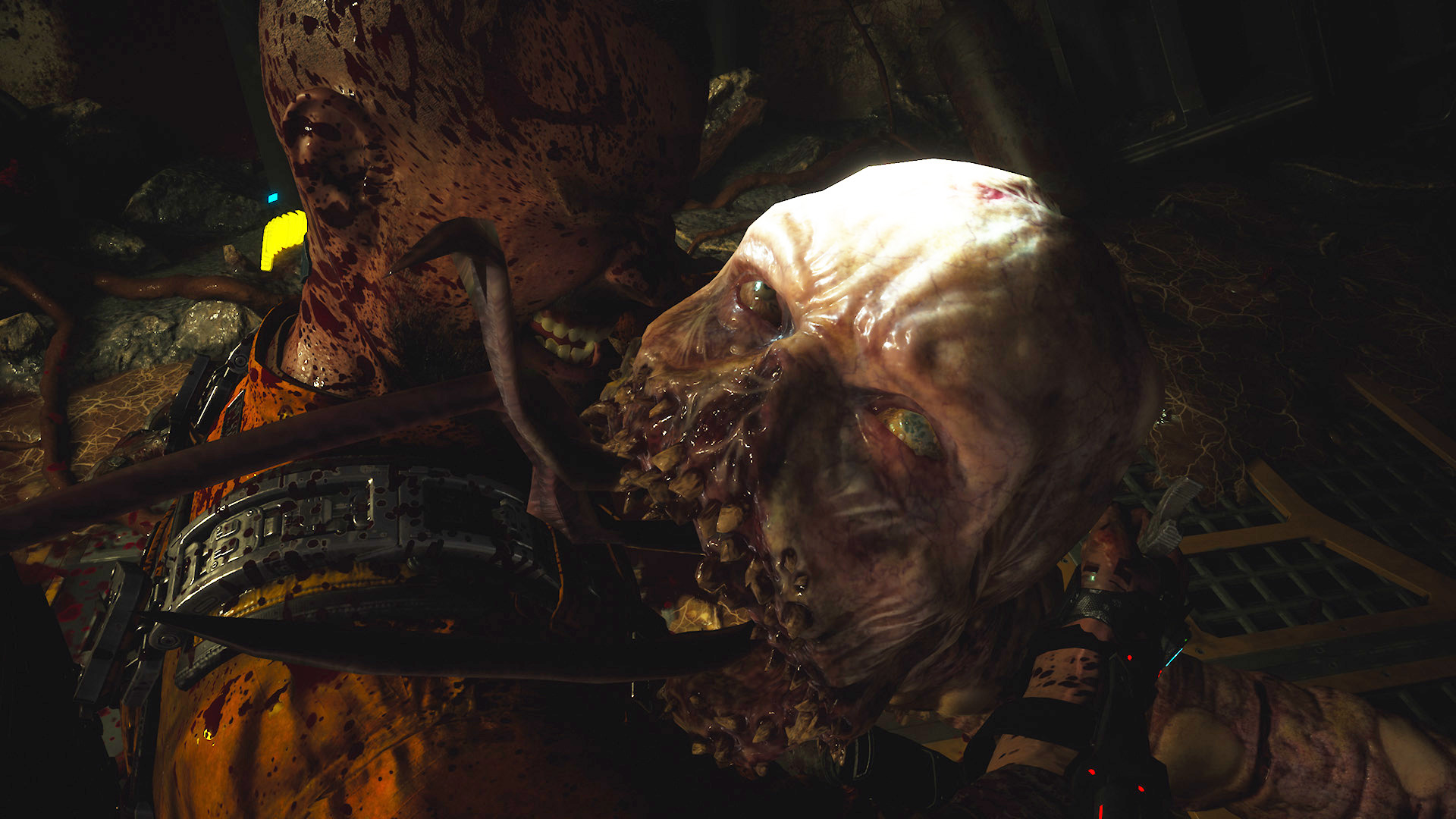 The game is fairly linear, but not really different from any other game of this ilk. There are some alternative paths that lead to extra supplies and collectible audio recordings. But, many of the dead ends do seem like fools’ errands, even ones fraught with enemy encounters- not all offering the rewards that you’d expect.

Combat is a big part of the game. This involves shooting, melee hits, dodging, and blocking. On a controller, the dodging and blocking are via the same left stick as movement, which is weird and can have you moving instead of dodging if you are too early/late. This initially comes across as unnecessarily complicated and poorly explained.

The game doesn’t allow for any learning curve. This is particularly annoying as once you’ve got to grips with it, the combat is rather simplistic, perhaps too simplistic. 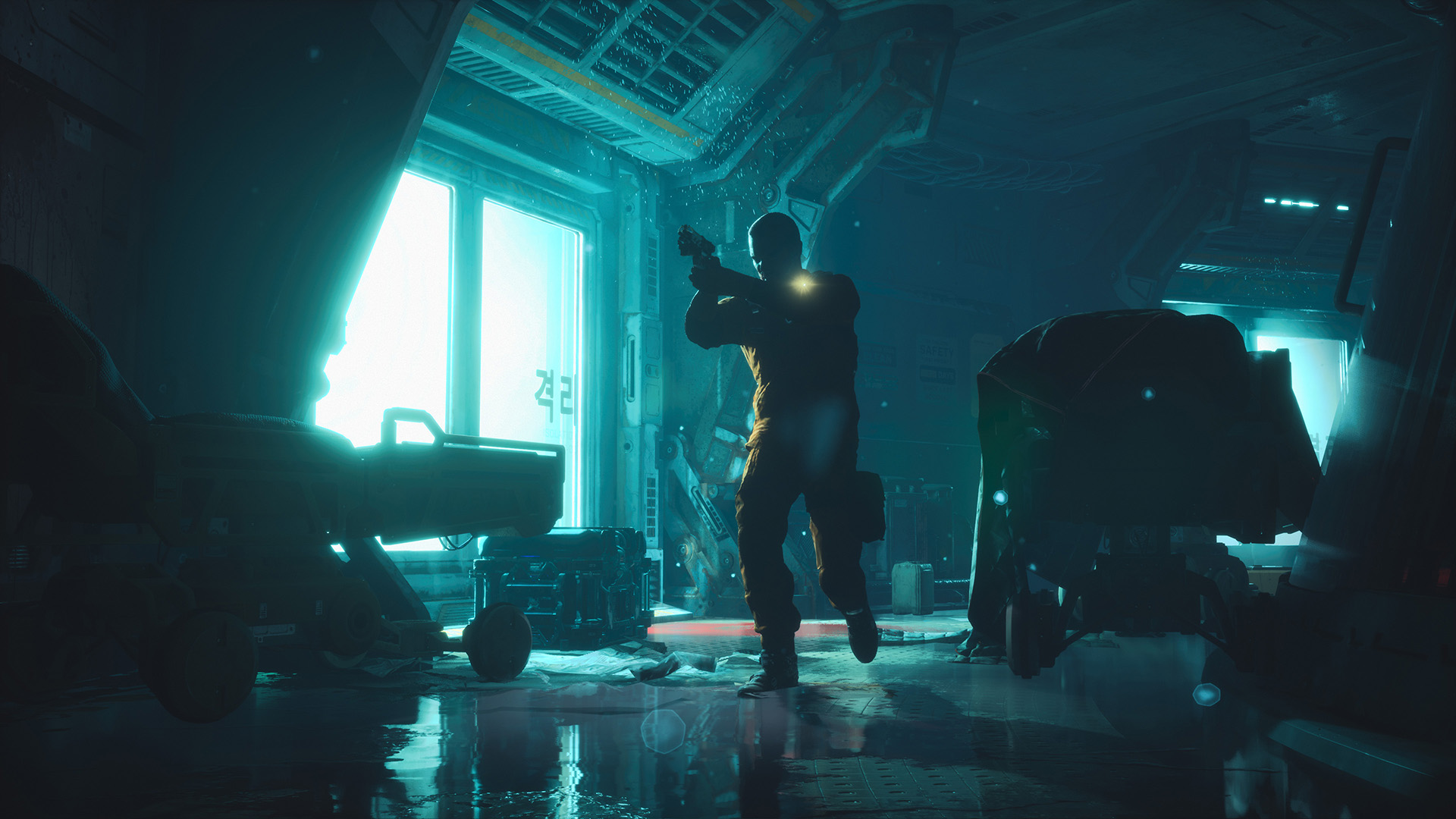 Whilst I wouldn’t go as far as to say that the combat was fundamentally broken, there are some balancing issues. Things get rather unfair when dealing with more than one creature, and they can all attack at once.

Still, giving a monster a good hiding is quite cathartic. The melee hits connect with force. Add in a crafty pistol shot and you’ll feel like a right badass. Iffy controls and weird mechanics aside, I grew to quite enjoy the combat.

The game is particularly gruesome, with limbs flying off and heads caved in. The player death scenes are brutal with Jacob having his face very graphically torn off, his legs pulled off or his torso punctured by a robot’s bullets.

With the graphic nature of the combat, the game’s stealth gameplay is easily overlooked. Whilst there’s no “stealth kill” (a missed opportunity, if you ask me), overly difficult locations can be traversed simply by sneaking past the enemy. The game does try to remind the player on occasions when avoiding towering, almost invincible, sentry robots. 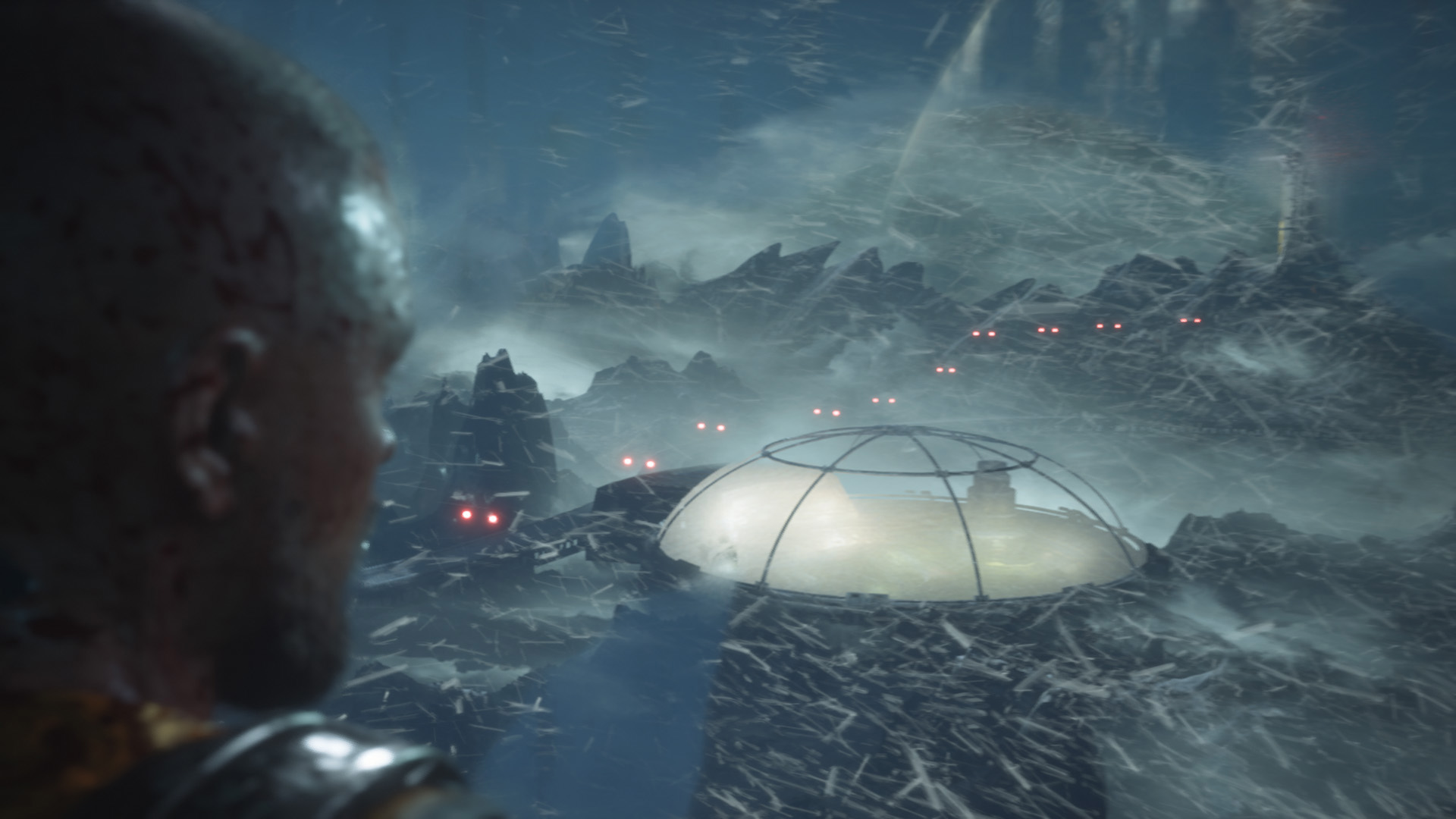 The tension is broken up by puzzles with fuses that need replacing and security clearances that need locating. The game doesn’t stick to any real formula offering up a false sense of security that can feel like a pacing issue.

Some areas are very tough to beat, even on the easier setting. These locations are often puzzles in themselves requiring some thought and strategy to get through alive.

It’s also very important to stomp each fallen creature for ammo, credits, and health drops. Overlooking this easily forgotten but quite generous bit of loot makes things harder than they need to be.

Collecting credits allow for 3D-printed upgrades to your limited arsenal. The anti-gravity GRP device is a favourite of mine, perfect for picking up creatures and launching them toward hazards for an instant kill.

There’s no heads-up display. Jacob’s health is indicated by an illuminated implant on the back of his head, similarly, the amount of ammo in a clip is displayed on the side of the weapon. As well as health drops that immediately boost Jacob’s health, there are also injectors that can be accessed via the d-pad to replenish the health bar. 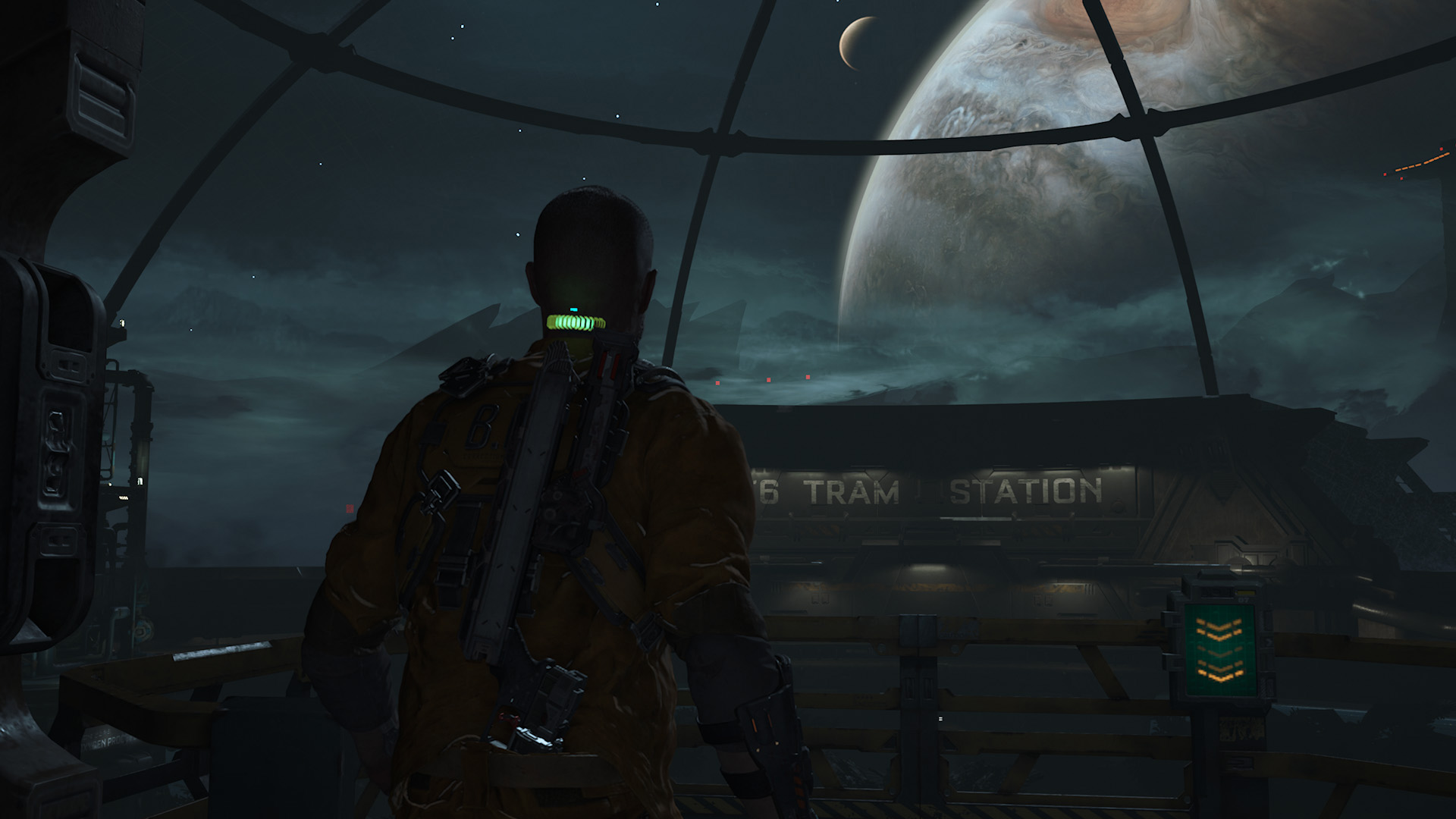 Much of the story is told via audio and written journals found lying around. But as you play, it doesn’t take a genius to work out that someone was messing with something they shouldn’t have. The cut scenes also add to the story as Jacob makes his way through the game. The motion capture is very polished with the likeness of Josh Duhamel as Jacob Lee nigh-on photorealistic.

The Callisto Protocol is a victim of what it could be rather than what it is. With it, we have an unnerving, tense, and sometimes stressful game that throws everything at the player in an almost unruly manner. It’s not that this isn’t an enjoyable game, it most certainly is. It’s got all the right ingredients but could have done with a little more care putting them together and perhaps done with a bit more time in the oven.

Any fans of sci-fi survival horror are going to do their best to like The Callisto Protocol, warts and all. I really enjoyed playing the game, despite its faults, and if you are into the genre, you will likely enjoy it as well. 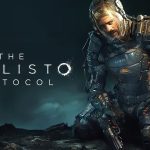 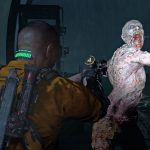 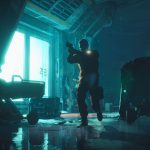 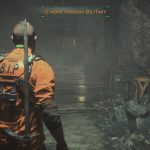 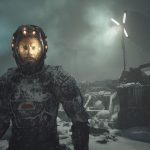 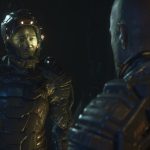 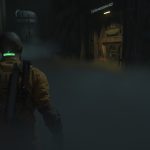 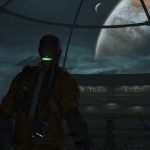 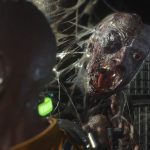 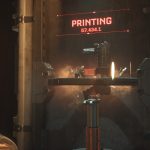 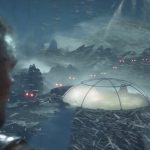 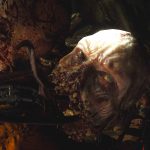