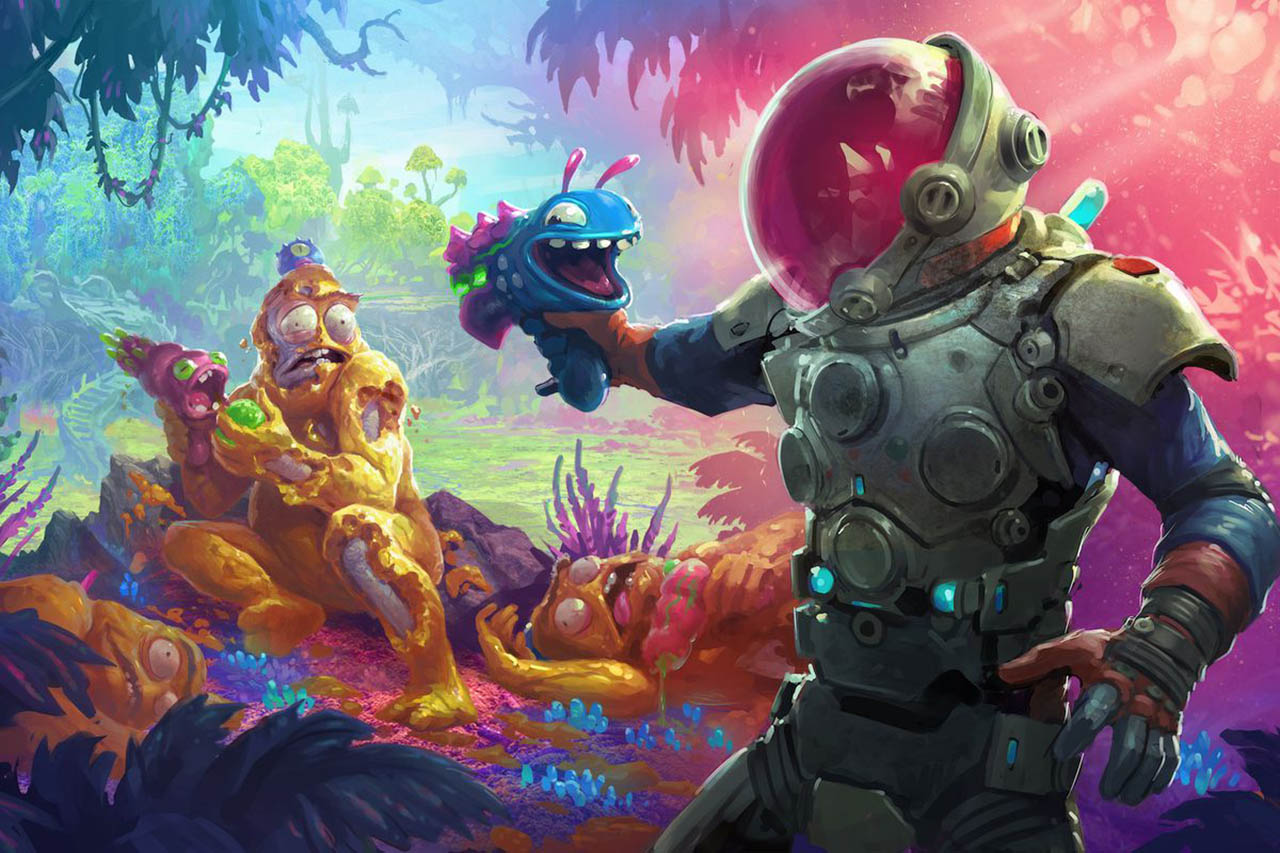 Talking weapons, an alien invasion, a house transported to another galaxy and humour to the likes of no other video game yet.

High on Life is a first person shooter (FPS) from Squanch Games and created by Justin Rolland (Rick and Morty series) and it is a game that all other comedic sci-fi titles wish they were.

You assume the role of, well, whoever you select, then you’re thrown in to a 16BIT FPS. This is not the game, but it also is, before the real fantastic craziness is about to begin.

With your folks away, you and your sister are looking to party, well, your sis is. 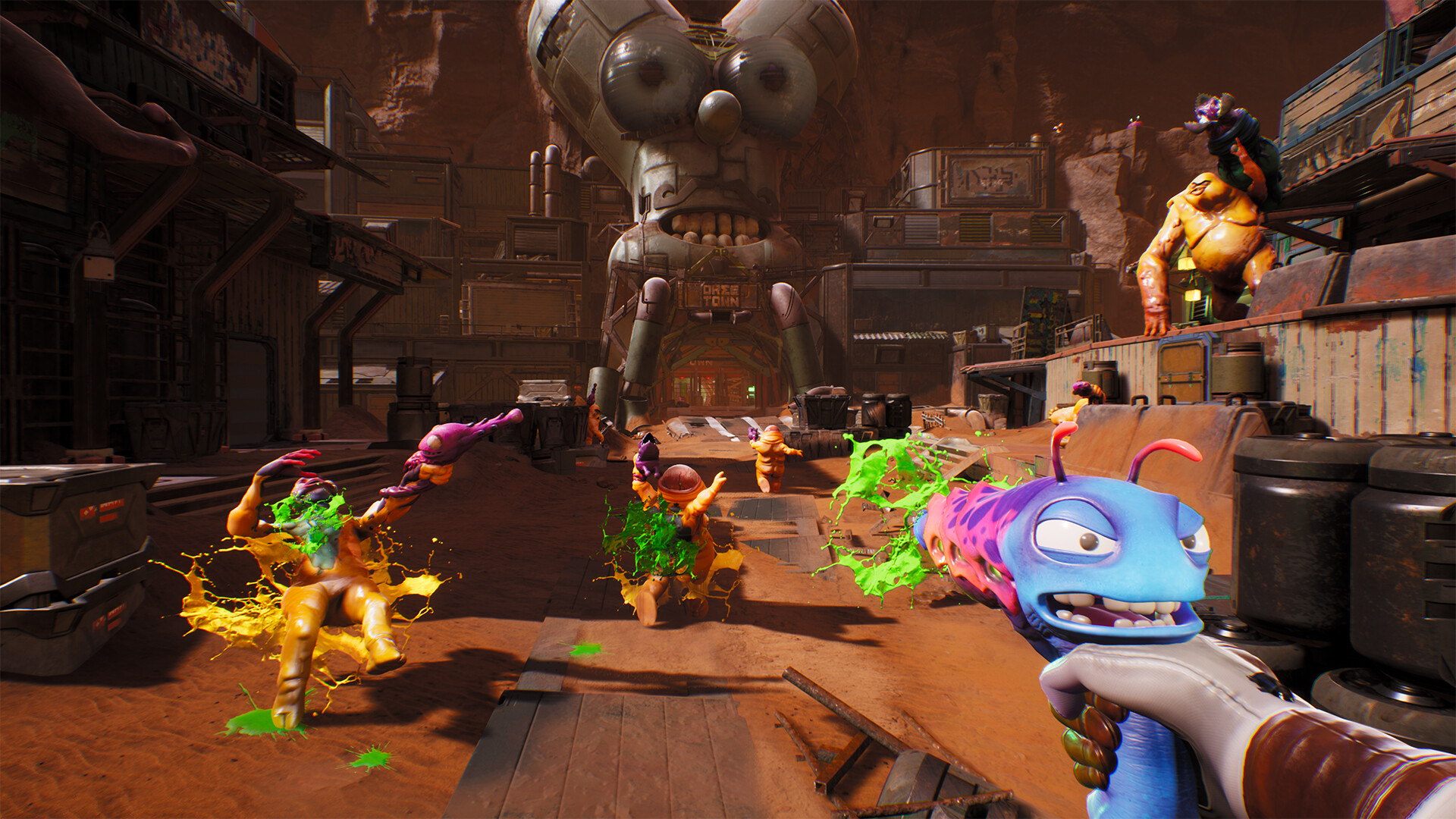 Then aliens land. Aliens that use humans as a drug. They are called the G3 Cartel.

Earth is ripe for the harvesting and you become the hero. But it’s a one way ride.

The gameplay mechanics of High on Life are on par with the likes of most FPS – gun, run, boss fight and complete objectives.

What makes High on Life unique and a serious stand-out is the uncensored dialogue.

Clearly the game does not take itself seriously and as a warning to those gamers out there that are not fond of profanity… High on Life is loaded with it. 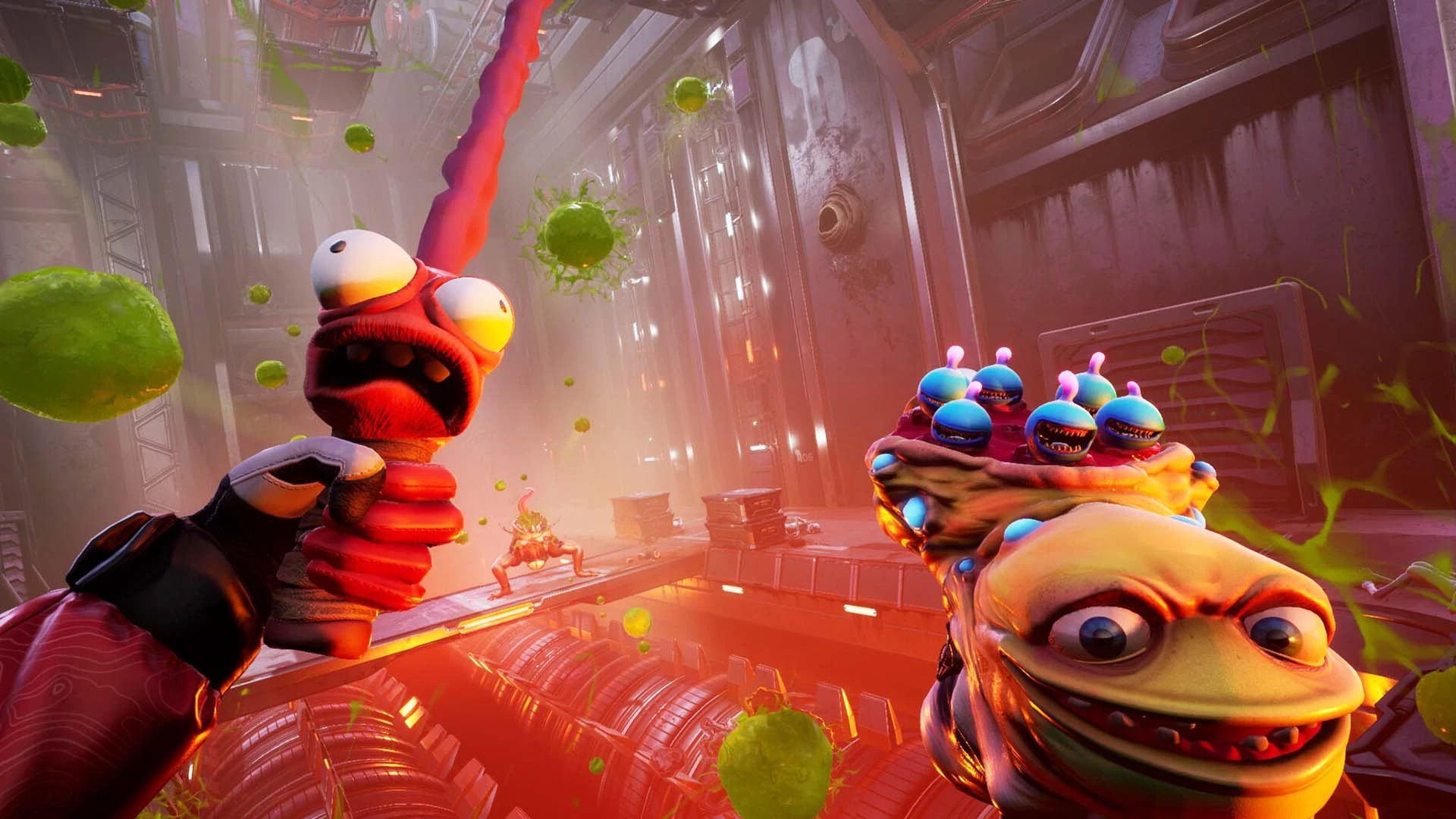 Your weapons are actually living aliens called Gatlians and offer up most of the narrative in the game, from a homicidal knife with an Australian accent (yeah… that’s not a knife, THIS is a knife) and your primary, umm, gun.

In all there’s a few weapons; Knifey, Gus, Kenny, Creature, Sweezy and Lezduit. Each having their own personality and wildly uncensored sense of humour.

You can visit a pawn shop and buy gear and all weapons have more than one function.

This is a rare game that will make you laugh out loud, purposefully breaks the fourth wall and gives us a light satirical take on an otherwise serious genre of first person shooters.

If you’re looking for something different, challenging, gritty then get High on Life this festive season. 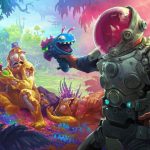