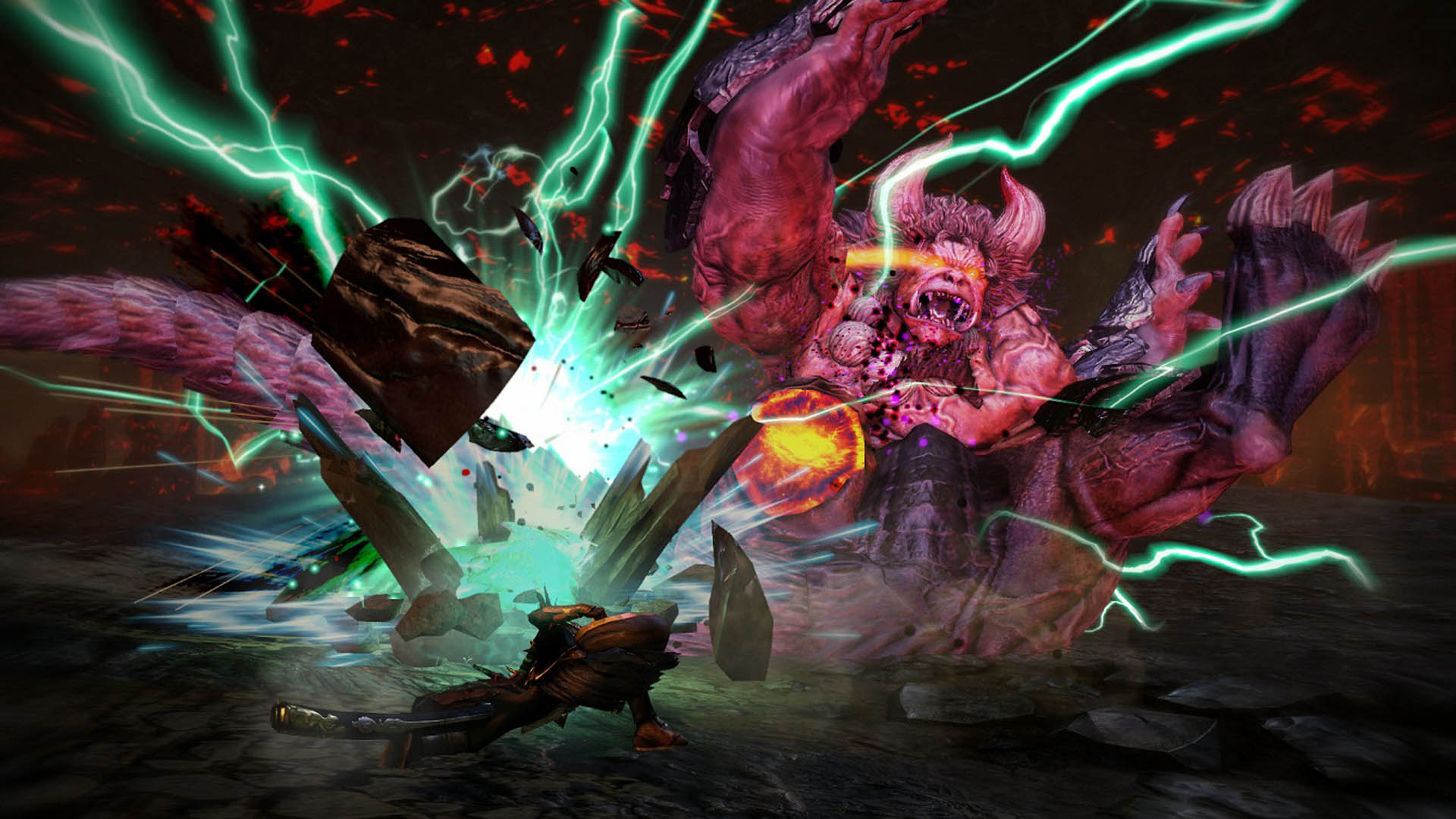 Monster Hunter clones, or Hunting Action RPGs as they are also known, have carved a wonderful niche over the years that produce some wonderful games built on a simple idea.  You are thrown big monsters, where must smash your way through with a wonderful balance of crafting and collecting gear, whilst fighting the ever-growing monsters.  Among this genre in 2013 and 2014 came Toukiden which was a traditional Monster Hunter clone. Now Toukiden 2 has come, and is mixing the genre up a bit. 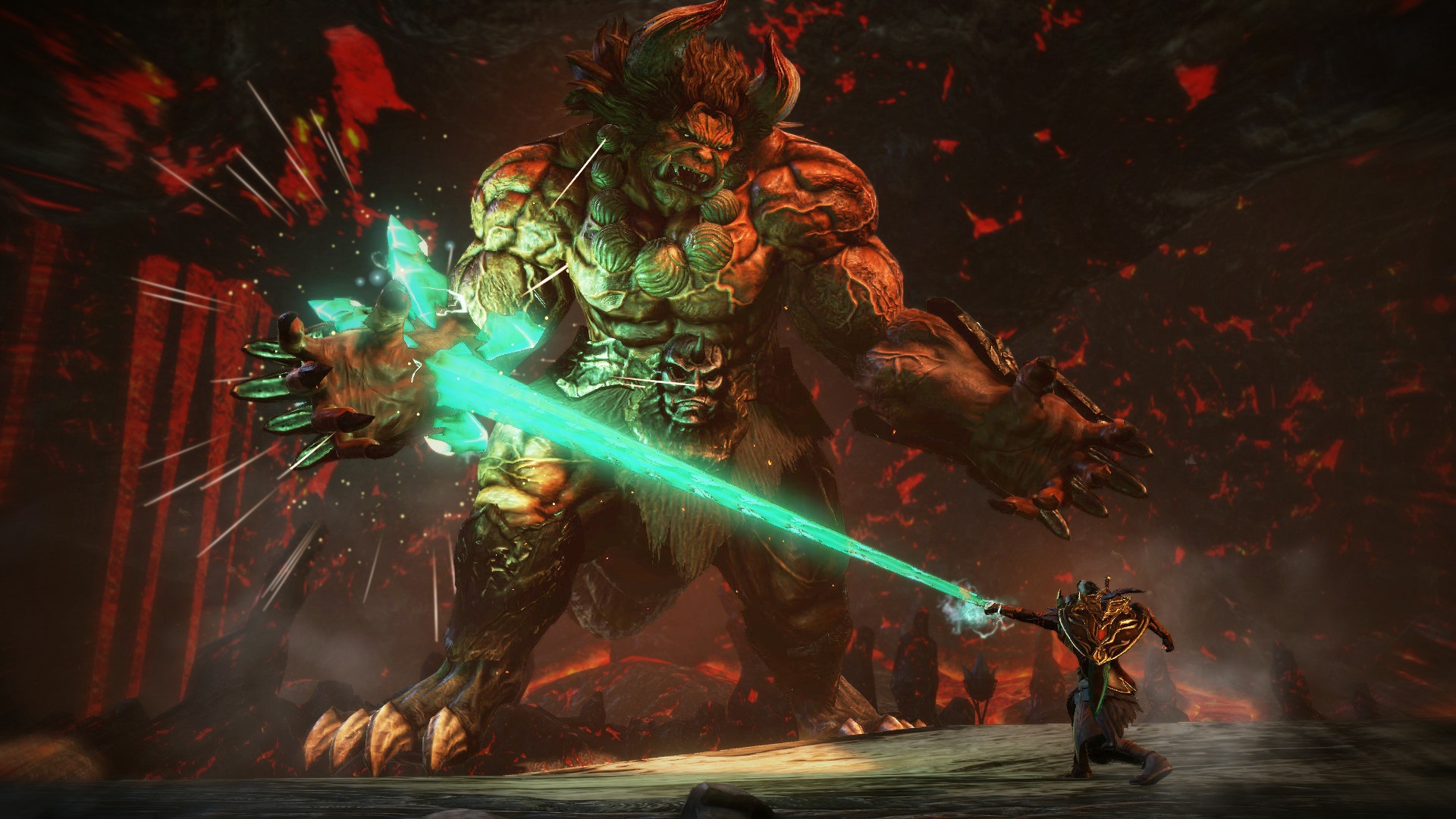 Toukiden 2 in the same way as many other games in the genre is about the fun of the gameplay. Despite this, it still has a reasonably good story if you are interested to follow it.  When the game starts, you create your slayer with a very solid character creation process.  Your slayer is then dropped into a town where it is tasked with removing the attacking Oni, a.k.a. demons and monsters.  The slayers then go through the process of trying to rid Japan of the Oni, and have issues getting on with the other guard along the way.  It’s a very passable story, even if it doesn’t feel overly original, with classic clichés such as time passing and a forgetful protagonist, but provides enough to make your way through the game. 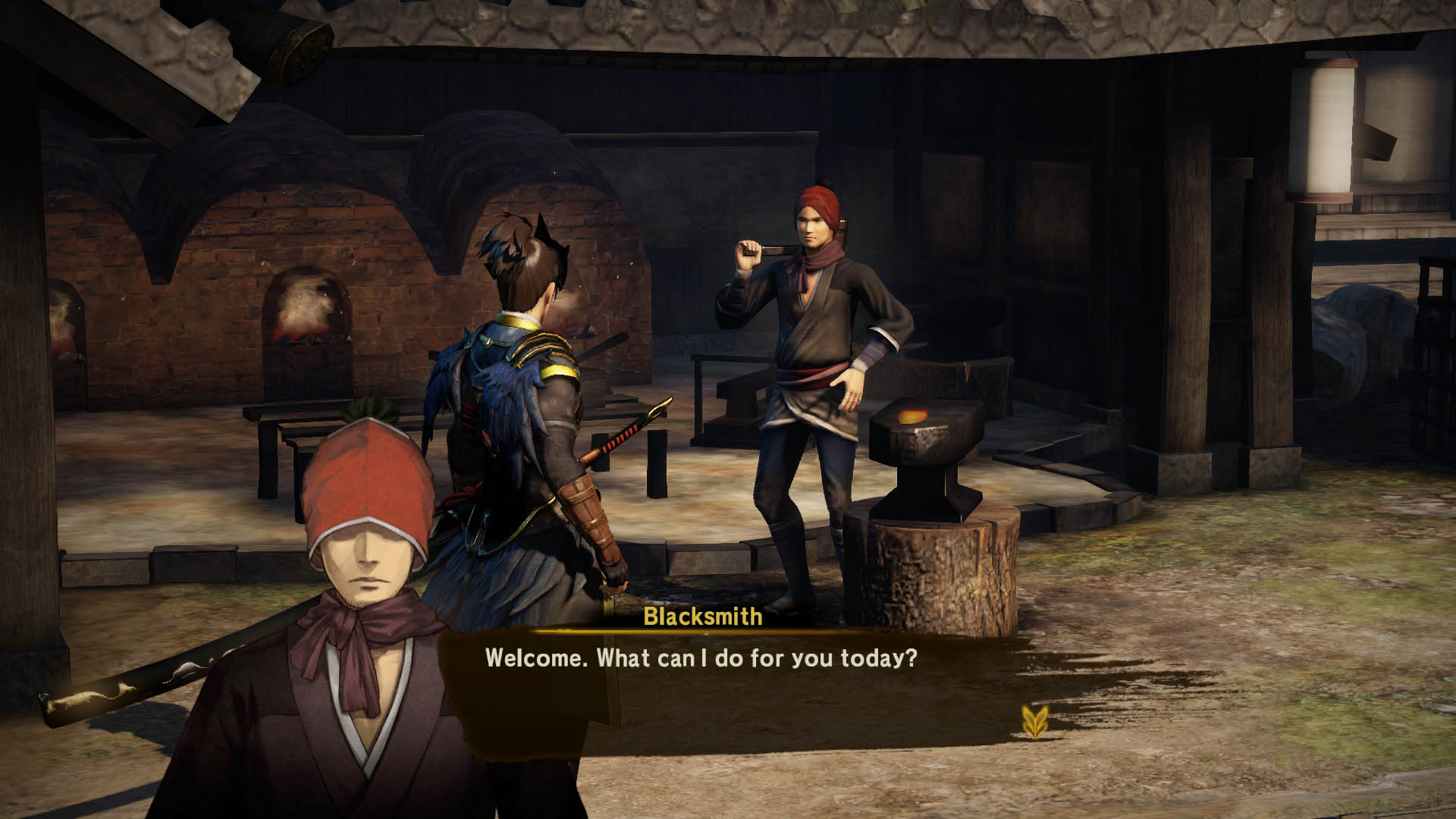 The gameplay is very action RPG, as you fight lots of monsters, small and large.  If you have played a lot of Japanese Action RPGs, or Monster Hunter clones, there isn’t too much to report there.  You attack big enemies repeatedly, avoiding being hammered with big attacks, and sever so many body parts.  The gameplay is solid, works well, and has some of its own quirks such as the Demon Hand which when used in battle pulls the player towards the Oni.  Plenty of games have mechanics or design that yanks you in but the Demon Hand’s implementation brings its own spin to the idea and makes Toukiden 2’s combat feel unique. 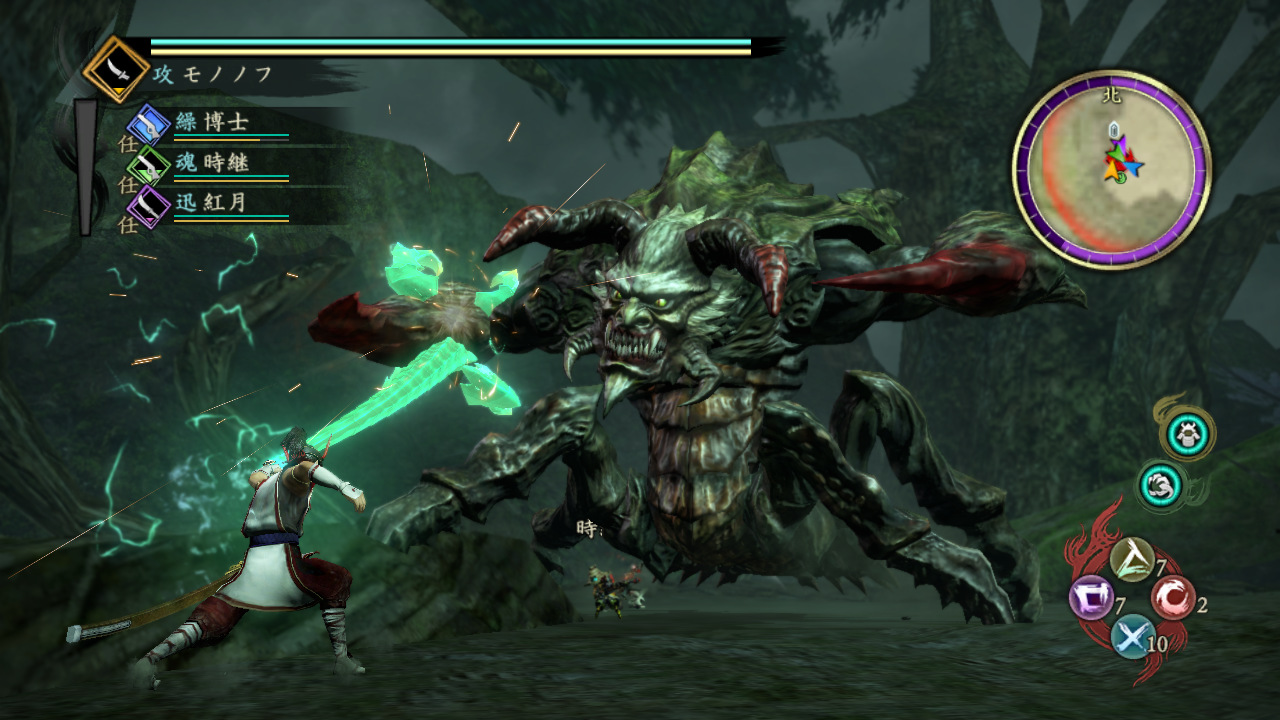 What separates Toukiden 2 from the rest though is its choice to go open world.  Most Monster Hunter clones played previously have revolved around you being in a base, and get put into arenas to fight your battles.  The open world is well designed, even if some of the assets in the game start to look little repetitive.  The use of side quests and different areas gives Toukiden 2 a real unique feel amongst its peers adding a more RPG feeling to the game. 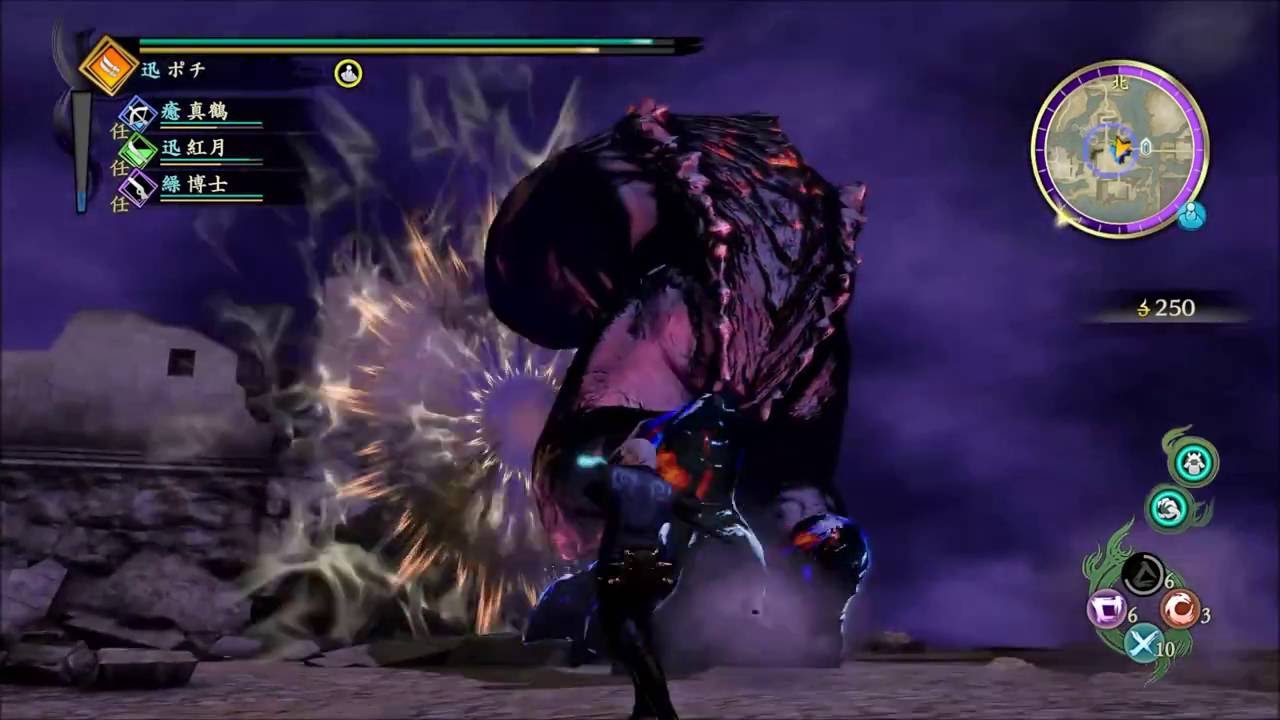 Toukiden 2 has a very JRPG soundtrack, in that it’s full of gorgeous orchestral music which is a treat to behold throughout the game.  Though the game doesn’t have English voice acting, which won’t be a major for most as more games that get ported for niche audiences form Japan are doing so, but it’s worth noting.  What makes Toukiden 2 truly amazing is its monster design. There are some truly horrifying and outstandingly unique monsters in the game.  Though the games graphics don’t look cutting edge, this is easily overlooked by some fantastic design choices.

Anyone who enjoys Monster Hunter Clones would be crazy to not check out Toukiden 2.  It has all the best Monster Hunter elements, and mixes in an open world nicely to make a truly unique experience.  The story which is OK, doesn’t rely on the previous entry being its own thing as to not rule out anyone who is interested in checking the series out for the first time. 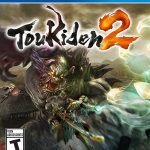