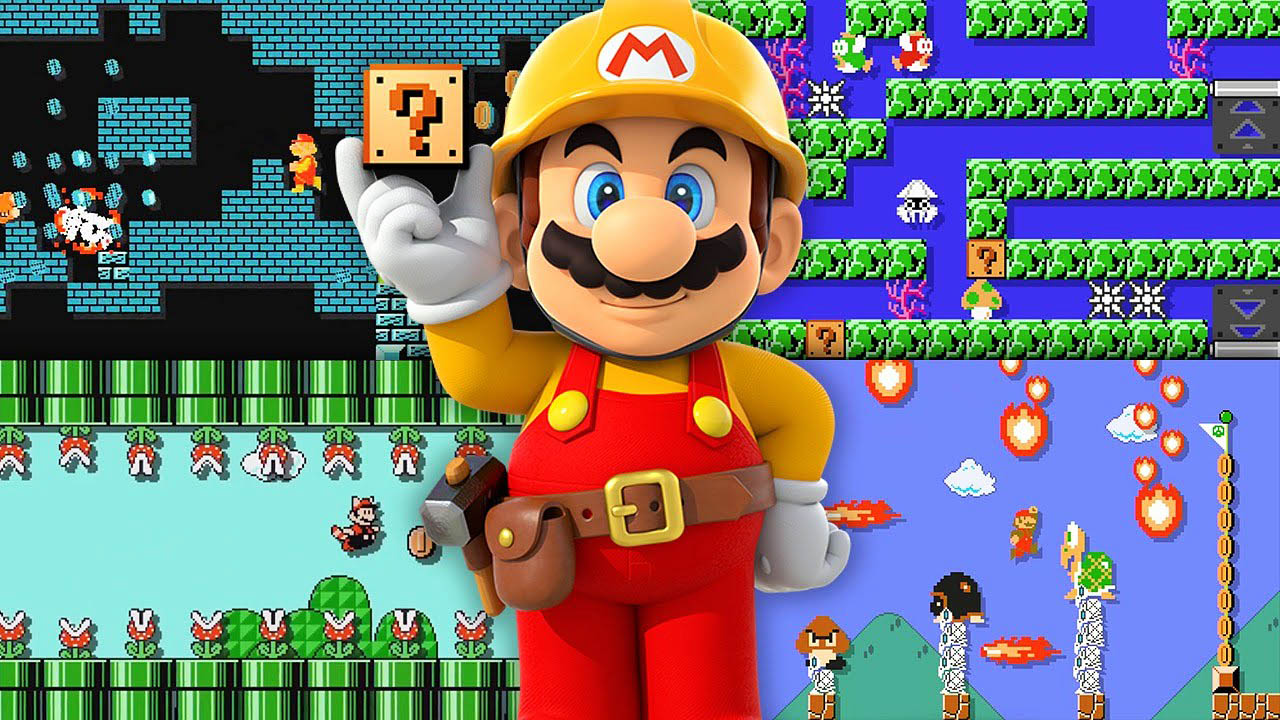 One of the most intriguing gems I missed out on not owning a Wii U was Super Mario Maker.

A game that looks like Mario, and plays like Mario, but with an obscene number of Levels created by those geniuses that make amazing stuff with tools like Little Big Planet. Now with the Switch out blowing minds, the sequel has come to us with Super Mario Maker 2 and it looks like everything I hoped for.

When you first kick off the game you will notice there is a story mode. New to the series this sets off the plot where Princess Peach’s castle has been destroyed, and as Mario in a construction hat, you are tasked with rebuilding it. Well the construction Toads do and as Mario you need to choose which piece needs building and, completing courses to earn enough money to fund each stage of construction. 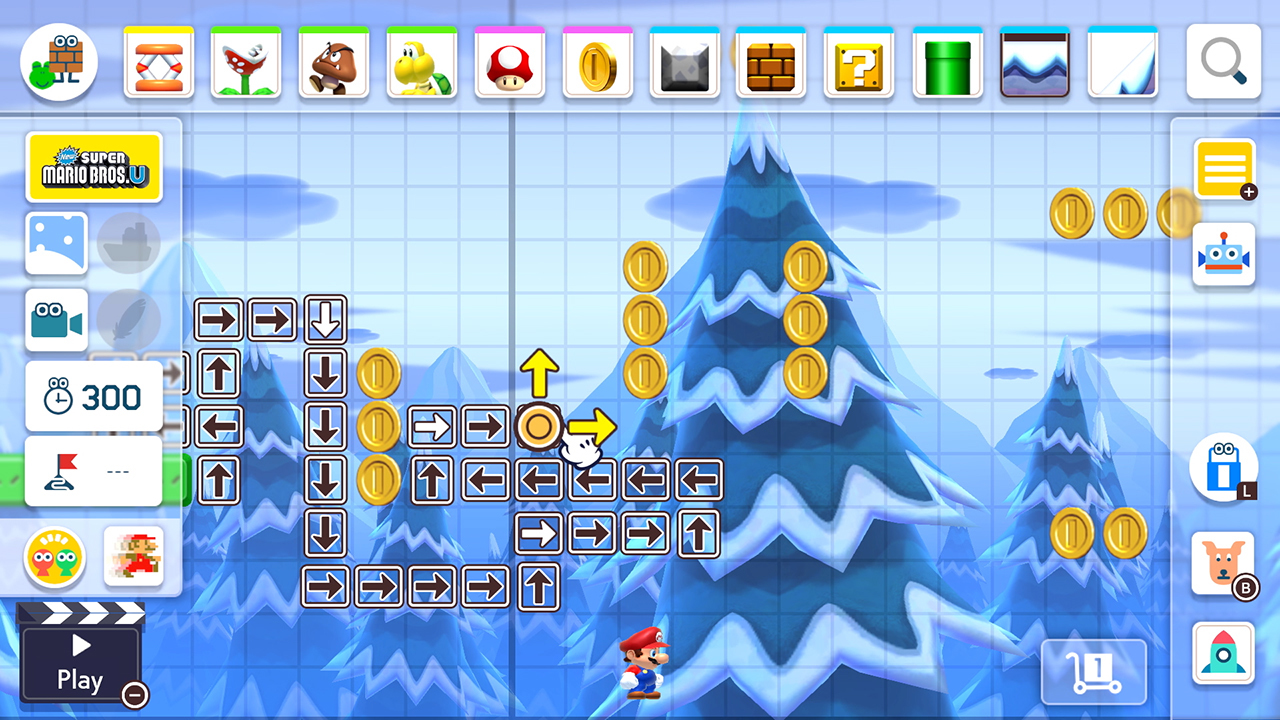 The story is… well it sucks, but what it does is frame a reason to play a bunch of courses made in Super Mario Maker’s tools in a silly and charming way that only Nintendo can pull off. There is a massive number of courses that unlock as you progress, and they range in difficulty showing you a star system. Each of the levels tend to be short, the 5-star levels are hard, and I spent a good hour or so on some of these Levels.

If the idea of being stuck on a hard Level torments you, then Nintendo has created a way to help. Once you lose your allotted lives you can either retry the Level from scratch again or call in Luigi. If you call in Luigi, then you see a short animation of Luigi moving across a black screen and you get the coins for completing the Level. This is an easy way to beat Levels, but you don’t get the general coins you would have collected, so it’s a way to beat the game, but doing it too much will disadvantage you. 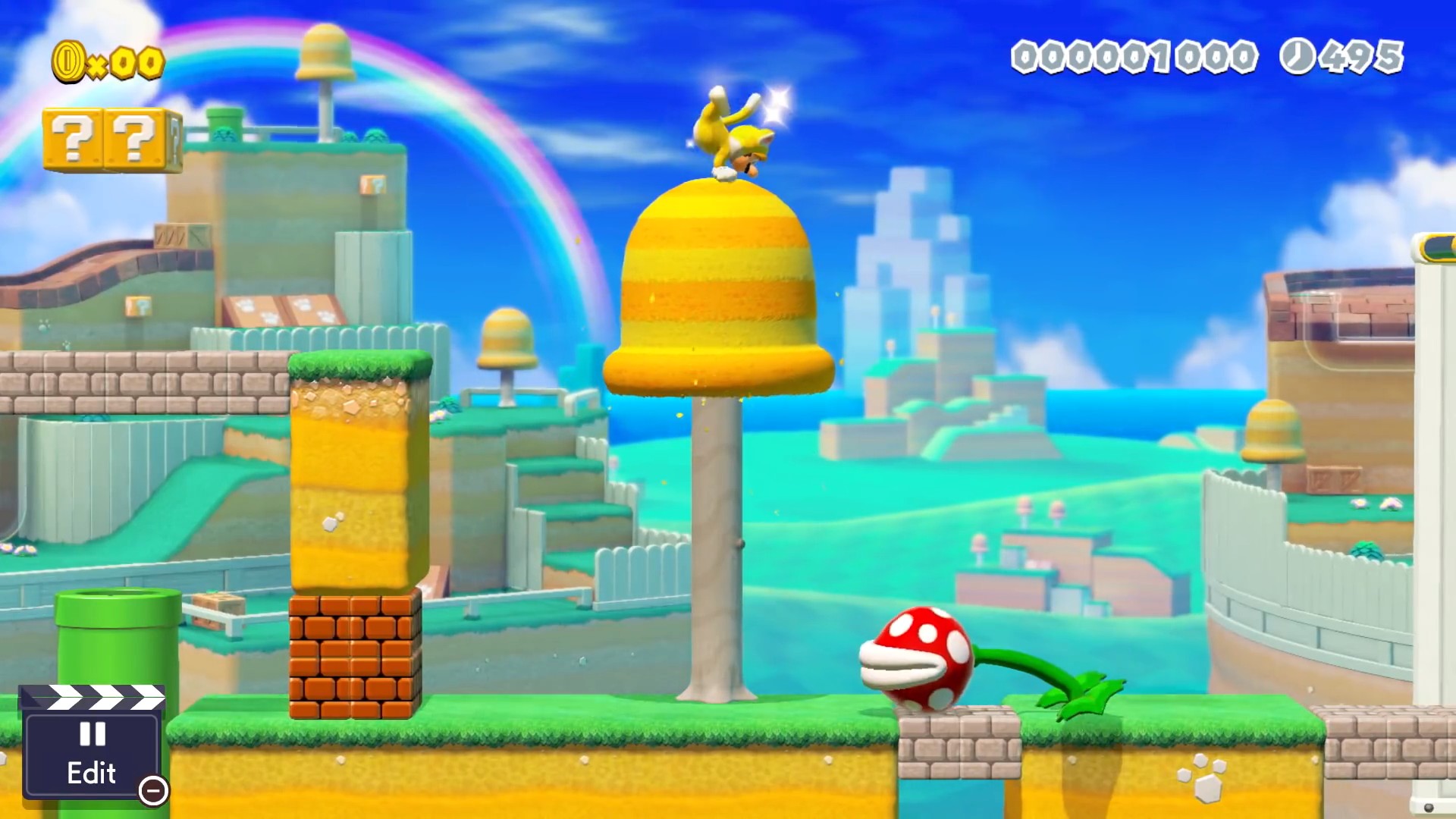 Realistically though this isn’t going to be the fun part of playing a game like this. The real depth comes from the maker portion of the game and boy is it something else. You choose the aesthetic from a selection of Mario games and use the assets to build Levels. It’s super easy to put together your first courses, but to make complex ones takes some mastering of these tools. I was far from good at this but still found it super satisfying plodding away on a below average Level.

If making the Levels isn’t your jam, the awesome thing is there are plenty of people making creative ones. Even with the limited pool of reviewers I played boatloads of fun Levels, so I can’t imagine how amazing the collection will be over the next six months. This is the game’s biggest strength, each time you boot it up you will have a new selection of courses to choose from, and that is something special.

Super Mario Maker 2 isn’t a game to buy for a deep story mode. It is the perfect game for someone who likes the look and play of Mario while playing a boatload of short Levels. It is a game that is going to get better over time, but it is worth noting you will need a Nintendo online account to download new Levels. This might be the first time I think that the online sub is worth it.