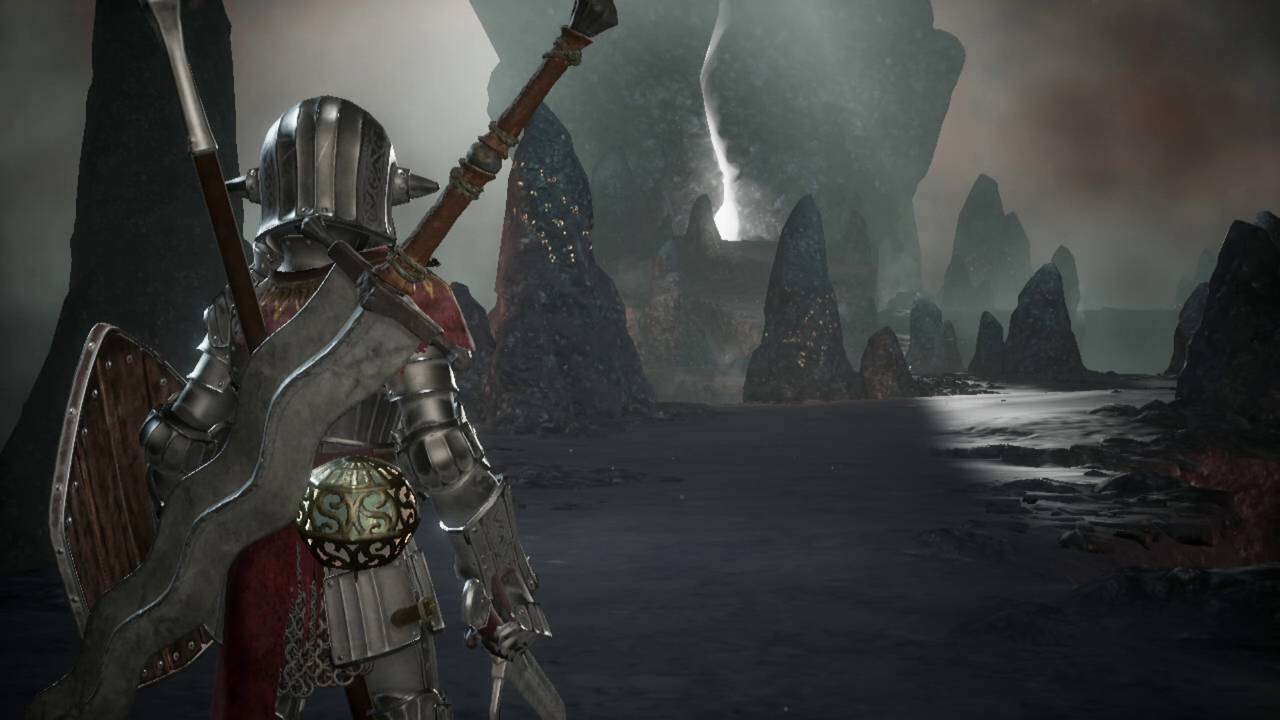 There are two types of Dark Souls players – those who love the meandering, twisted and interconnected worlds, and those who like fighting the difficult, humongous and fascinating bosses. Generally, I’m the first type. Exploring an intricate castle, wasted imagined world or haunted village streets is far more my style than taking on a terrifying nightmare boss made real. But Sinner: Sacrifice for Redemption forgoes all of this exploration, instead focusing directly on what many consider the “soulsborne” genre’s well, soul, the boss fights.

I first saw Sinner on the PAX show floor in 2017 and it was one of the more interesting titles on display, that, by judging from the interest it got on the show floor piqued the attention of quite a few others. Its combination of graphical similarities to the dark souls series, high level of polish for a game not from a large publisher and core mechanics meant the show floor booth was always busy. 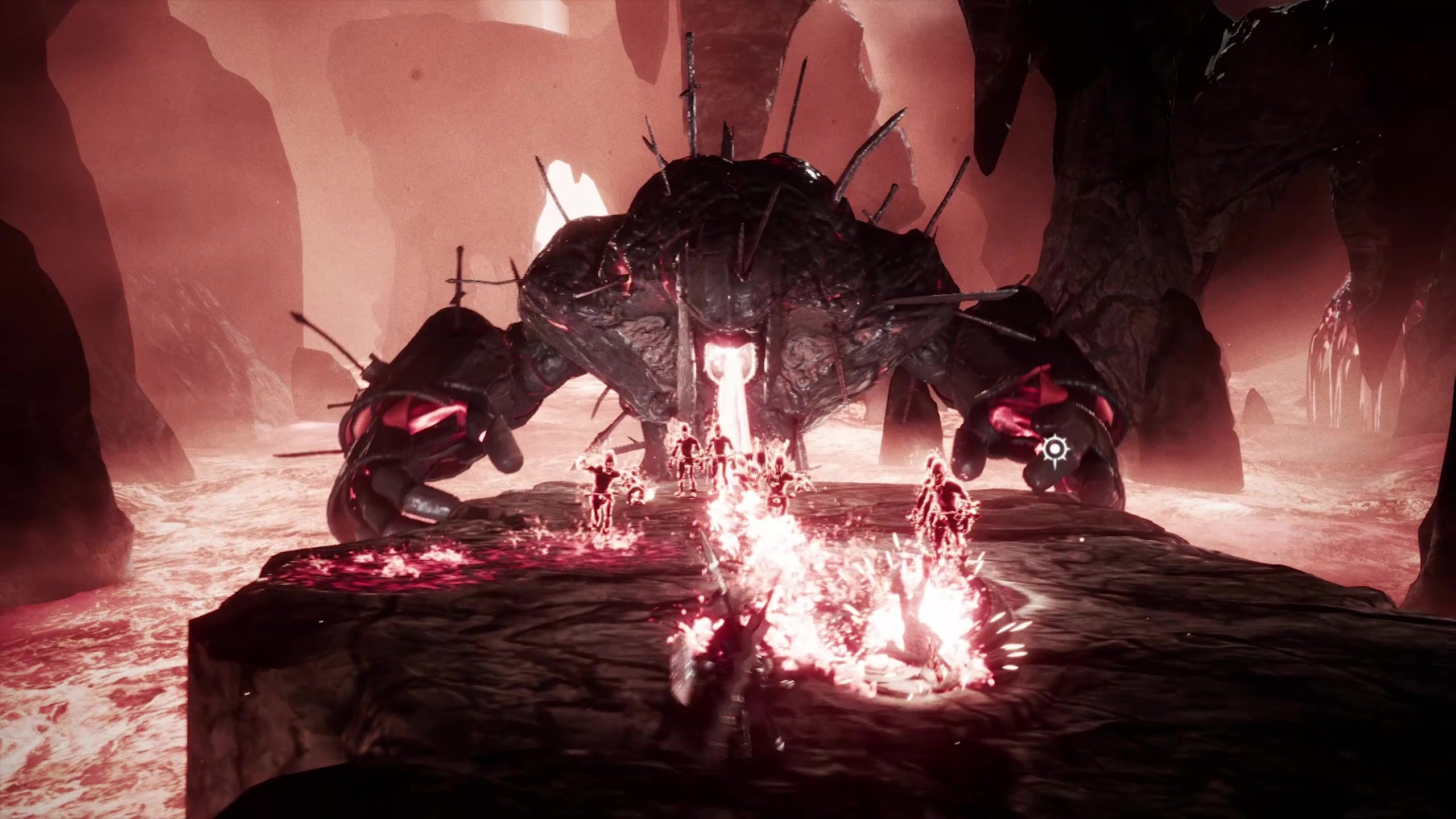 What we have now in the finished product (out on PC, PS4, Switch and Xbox One – where its available on Xbox Game Pass where I also tested it) at the time of PAX had only a few bosses to try out. But now, the full playing field of enemies has been revealed. Across eight fights you, a lone soldier, will take on some truly abominable enemies. There’s svelte knights, warped magicians and a good range of enemy types. For the most part you’ll be taking on these enemies alone, though occasionally they will call out for help from some lesser enemies to keep you distracted.

You’ll be taking on these monstrosities in combat ripped straight out of the Souls series, complete with stamina management, strong and light attacks, and a limited number of heals. The controls however used different face buttons, but I immediately remapped the controls to the second option, which moved the light and strong attacks to the same place as Dark Souls.

I think the polite way to describe the Sinner’s aesthetics is “heavily inspired” by From Software’s Souls games. It features the same grey tone, similar treatments of materials and a very similar camera system, which now allows free camera movement. 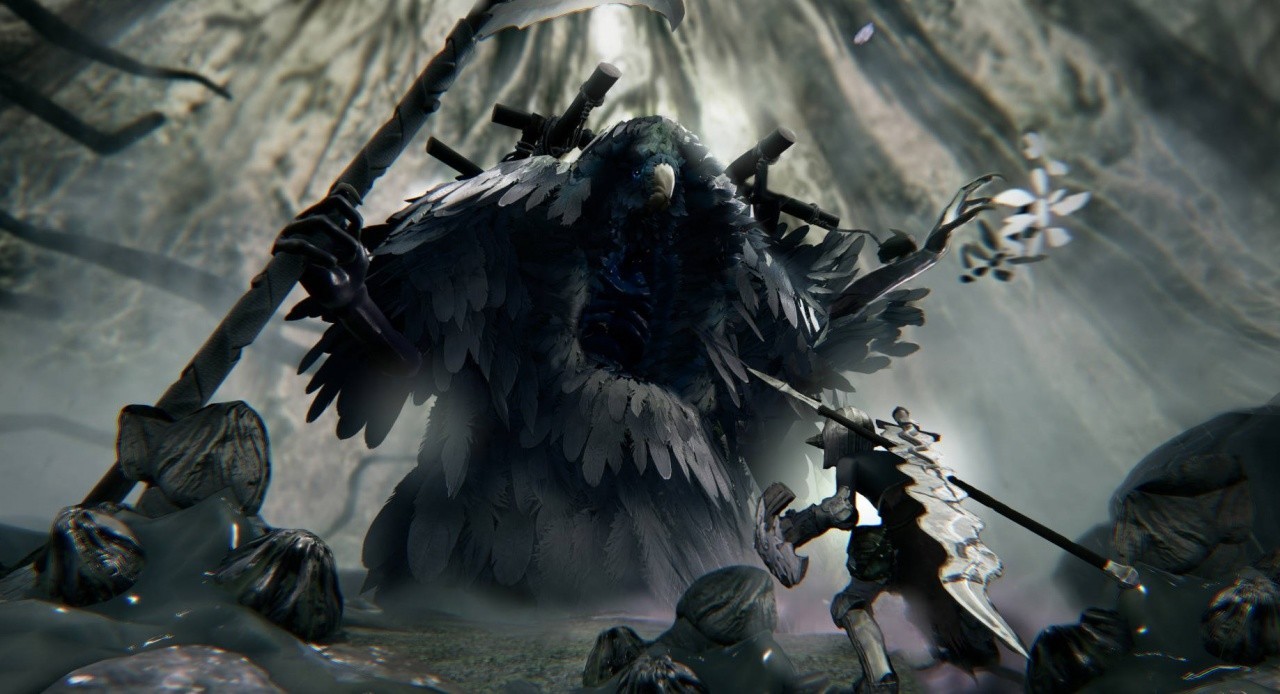 So if the combat is a mechanical clone, and the aesthetics are very similar, how does Sinner stand apart from Dark Souls, and what does it do differently? In two main ways.

Firstly, as already mentioned, is the total lack of any Levels between boss fights. Instead you start in a featureless hub world, without any other NPCs or other distractions. It’s just you and some headstones connecting you to each boss room. Those who have played Furi will be familiar with this set up, though even that had some connective tissue in the form of corridors to walk through between boss fights. This raises some interesting questions; How do items works then? How does lore work? What about leveling up?

Let’s take each of these in turn.

Items refill for each boss fight, and have a set number of each item. So, for example, you can’t save up poison resists for the poison boss fight. The lore, such as it is, is very minimal. That’s entirely appropriate, given the focus on boss fights, but for those looking for anything approaching the indirect lore that is common in the Soulsborne genre should not get their hopes up. 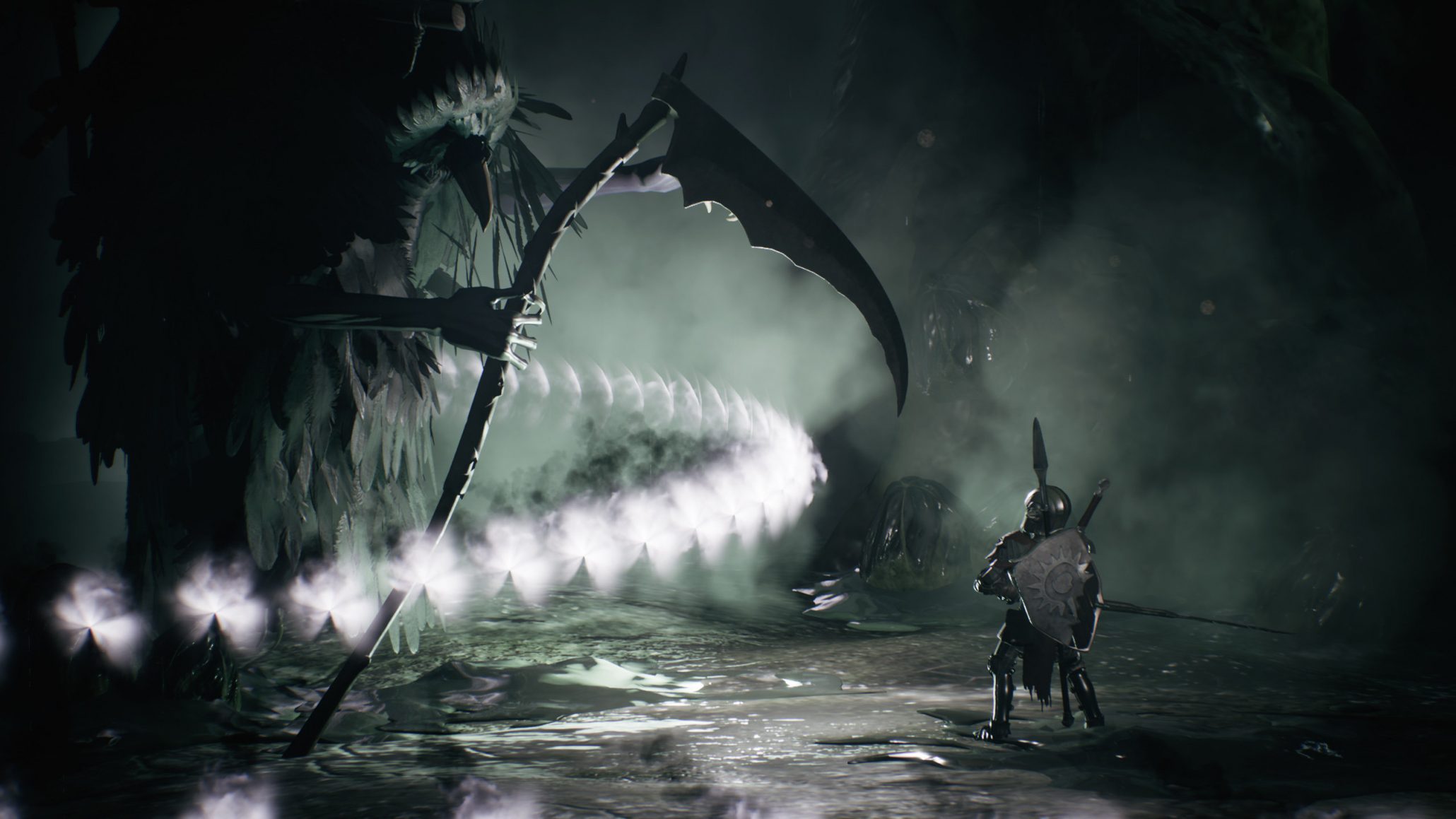 The second main way that Sinner stands out is its leveling system, if it can be called that. In fact, it’s more of a de-leveling system, where with each boss you fight, you have to sacrifice one part of your moveset. So while the bosses are all about the same level of difficulty, your ability to face them decreases as you take them down. One decreases your health, another your attack, and so on. So with each fight you need to be more careful, more cautious given your newfound weakness. It’s an interesting system that means each fight is kept fresh, and the last one isn’t a cakewalk – especially given that you can fight the bosses in any order.

Dark Souls fans are notoriously ravenous for games developed by From Software, and other developers making games in the same genre. But the same fans are also notoriously picky. The brilliance of the Dark Souls games, Bloodborne (and soon to be Sekiro: Shadows Die Twice) is hard to live up to.

But Sinner is a fantastic entry, if short entry into this genre that shouldn’t be passed up. 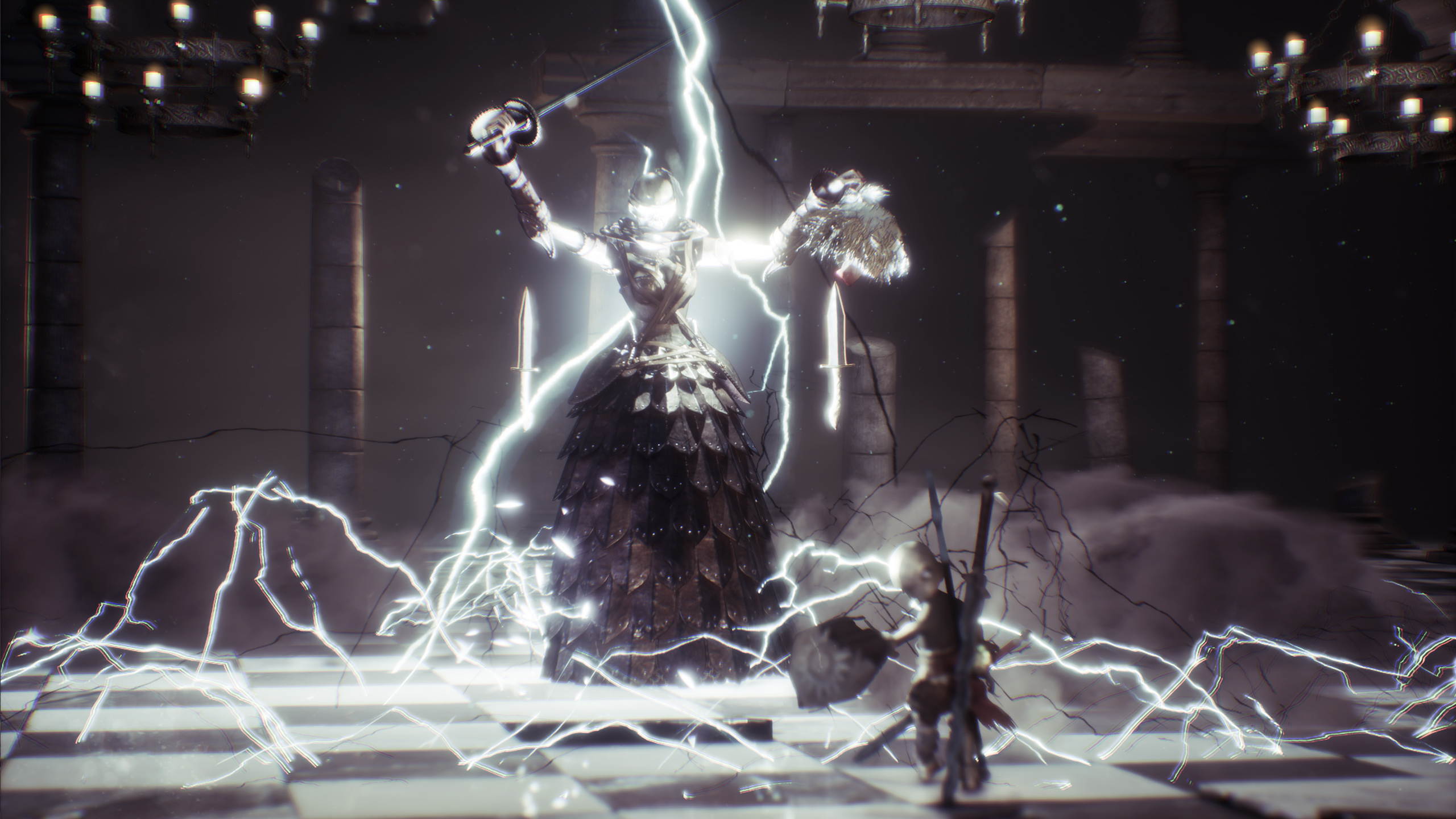 By focusing on one core feature, the boss fights, it’s developers have been able to keep the game’s scope manageable, keeping the whole package high quality.

I’d love for Sinner to be successful – with this game developer Dark Star have proven they can do bosses, and it would be fascinating to see what they do with a bigger budget and wider scope. So while I haven’t been converted from a world exploration Souls fan to a boss fight Souls fan, Sinner: Sacrifice for Redemption makes a good case for why they are enduringly popular with so many. Who knows, perhaps with time, I may come around.