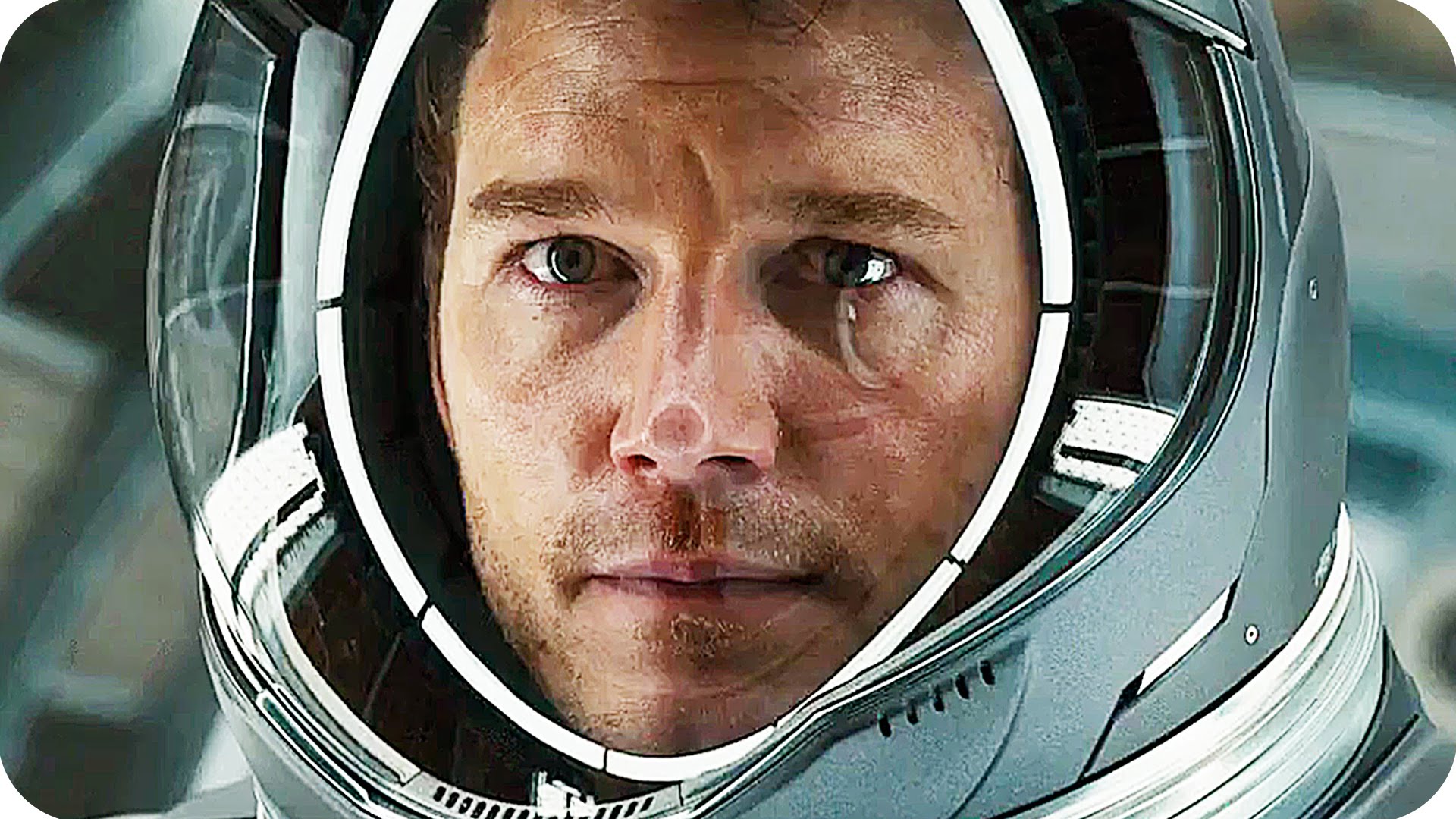 Avalon, a starship with 5,000 passengers on board in cryo sleep is en-route to planet Homestead II.

With 120 Earth years to reach the new home planet the Avalon is designed to be self functioning. Nothing can or should go wrong.

But space is an unknown territory and the starship collides with an asteroid. This sets in to motion a chain of events and mechanical failures that sees one passenger, James, or Jim, Preston (Chris Pratt) awake 90 years too early.

At first he is unaware that he is the only one awake and roams the massive ship looking for the other passengers and crew.

It doesn’t take long before he discovers that is alone and isolated on the huge Avalon, hurtling through space with 90 years before it reaches its destination. 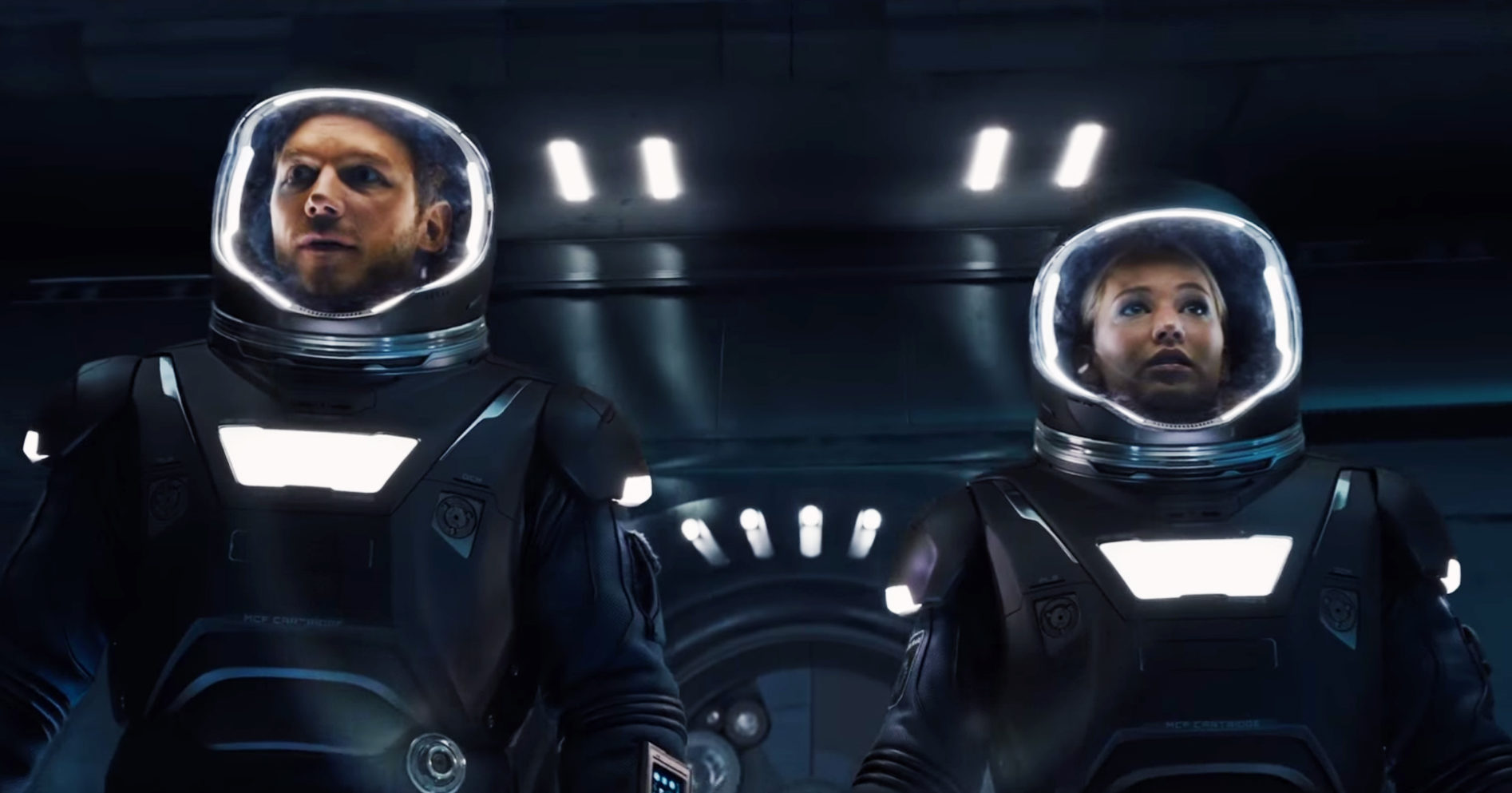 After one year of being alone, Jim discovers Aurora Lane (Jennifer Lawrence), another passenger who is still in cryo.

He watches her video manifests that were recorded before she took flight and over the weeks and months, he begins to fall for her, added to that, that he is extremely lonely and the human need to have another person or persons around them begins to kick in.

Jim only has a robotic bartender called Arthur (Michael Sheen) to keep him company and Arthur not only serves drinks, he is also quick witted, highly intelligent and quick with the usual bartender advice.

Jim can not stand it any longer, he wakes up Aurora. 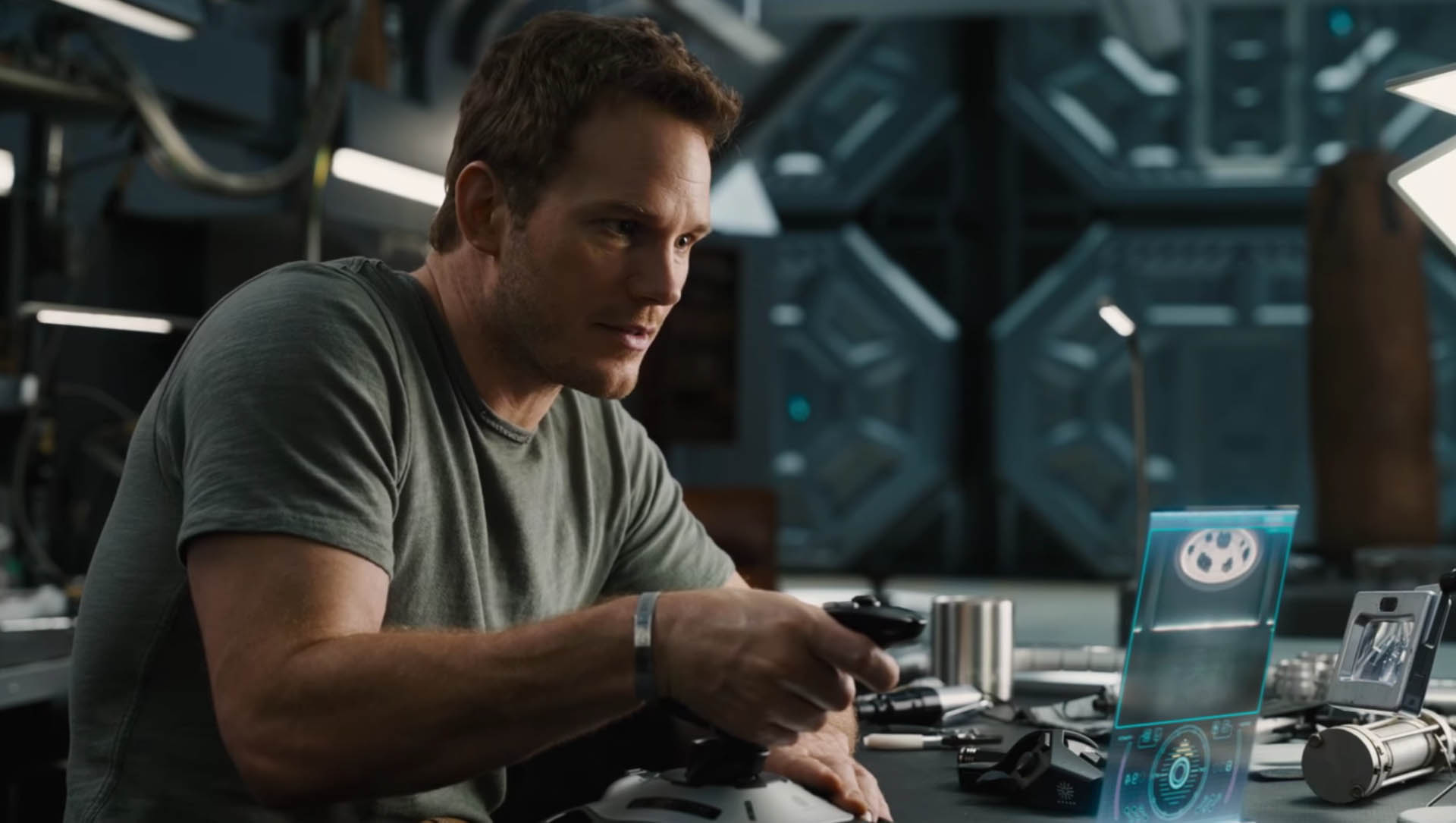 She goes through the same processes as Jim did, thinking at first that they were about to land on Homestead II. Jim is quick to inform her that ‘something’ had gone wrong and she had woken up early, like he did, hiding the truth from her that he was responsible for her early awakening and that, ultimately, he had doomed her and she would never reach Homestead II.

Eventually, after a time the truth comes out, by way of Arthur, but there is little time for animosity, as the Avalon’s internal systems and thrusters begin to malfunction in what could be fatal consequences for every inhabitant on the starship.

The ships Chief Deck Officer, Gus (Lawrence Fishburne), during this time also awakens early due to the malfunctioning ship, but unlike Jim and Aurora, his awakening did not go to well.

Passengers is a scifi film that plays heavily on human morals and every humans need. It does well in placing your own feelings in their, to the point that no matter what he does, you always side with Jim. 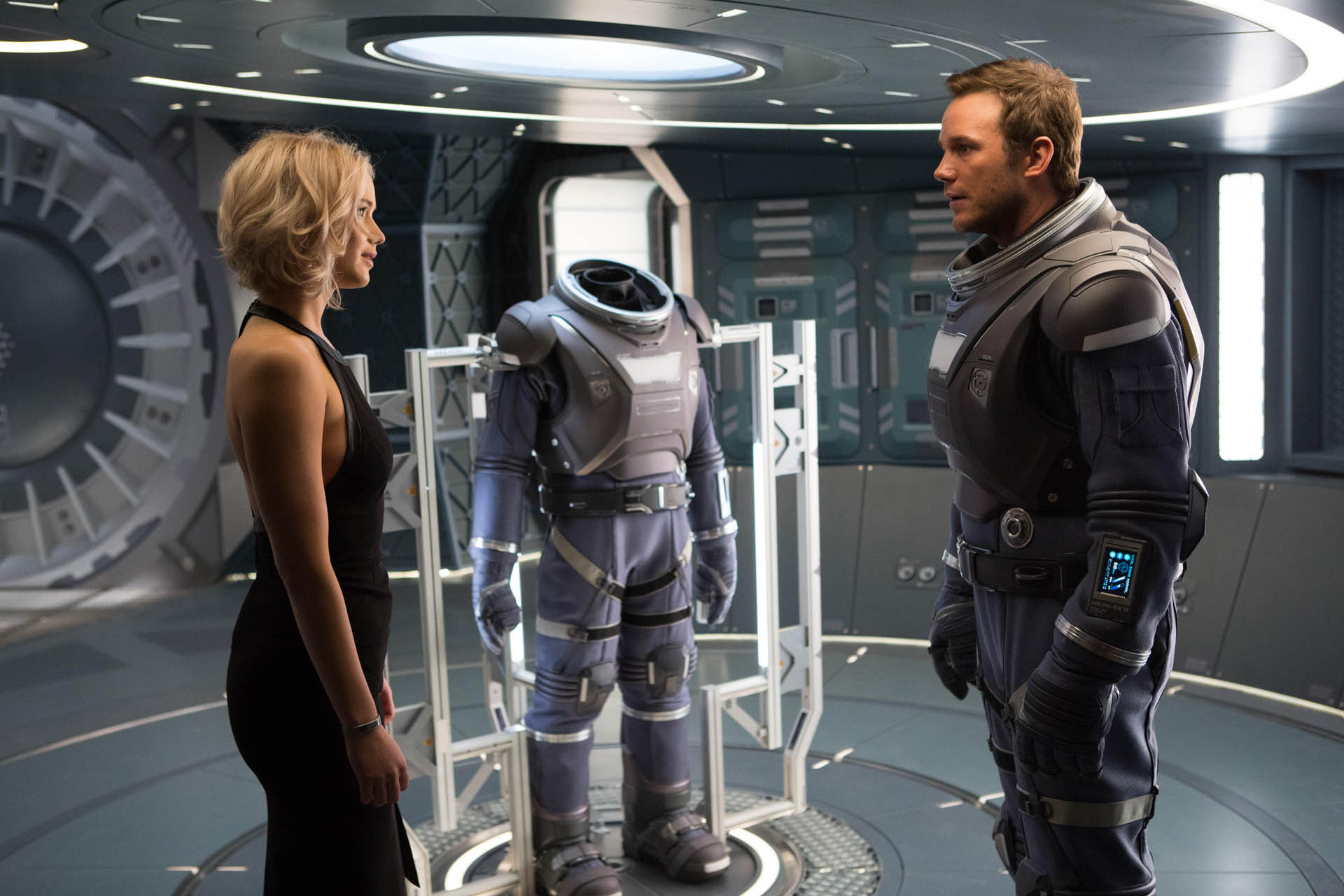 It has its light moments, bought on by Chris Pratts light hearted humour, but it is essentially a deep and emotional movie at its core wrapped in enough SciFi goodness that even a Trekkie fan would love this deep space exploration action feast.

To say that Passengers is a total scifi mecca of a film would be untrue and it also hearkens to such classic films as Moon (2009).

For all cinema goers and aficionados of quality narratives in movies, Passengers is a must see.

Passengers releases to cinemas on January the 1st 2017.