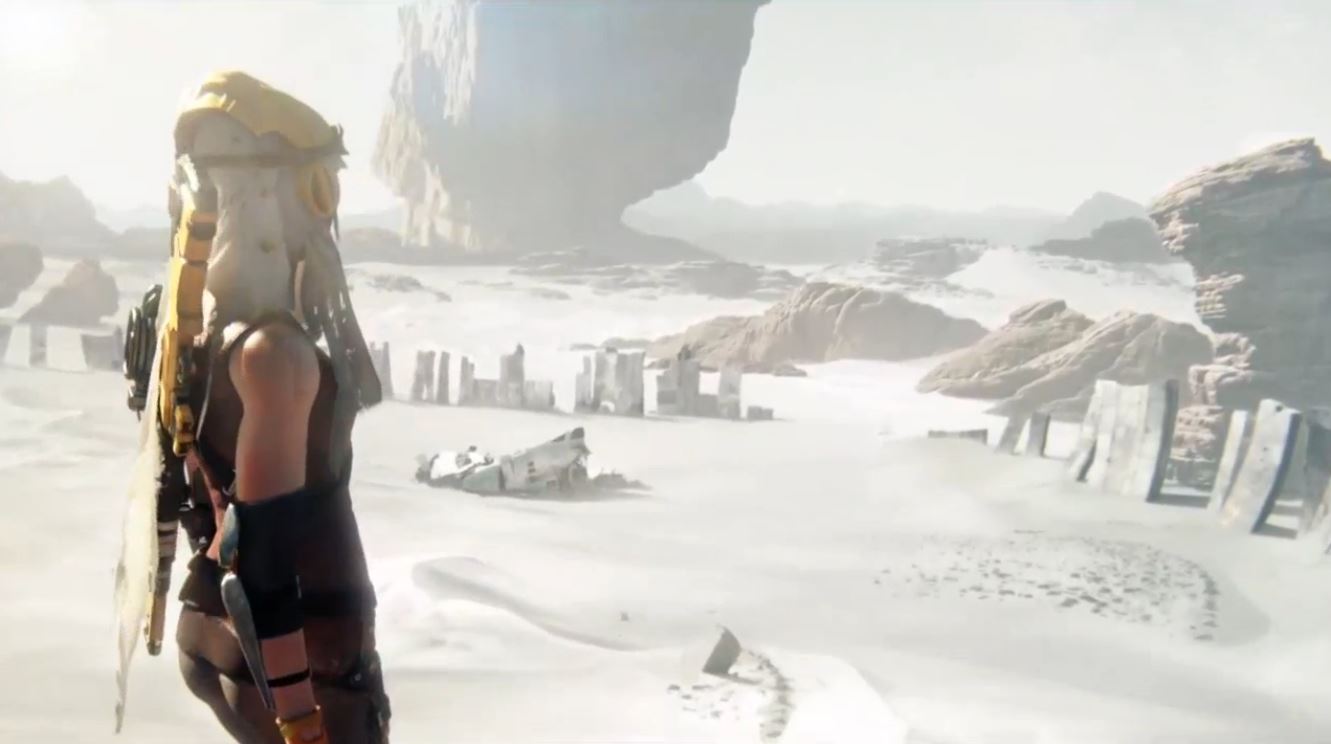 Recore is an interesting title, having watched the E3 trailers I had an idea of what to expect, an interesting and quirky third person action adventure game from the mind of Keiji Inafune.  Weirdly the game plays and feels closer to Ratchet and Clank than Uncharted as my brain decided it would be like and that is a great feeling.  To expect something and get something different but equally good was an unexpected joy, it is just too bad not every part of Recore made me feel that way

Recore is set in the future where Earth is not a long term option, so robots were sent to a planet called Far Eden to terraform it for colonists to arrive later.  The story kicks off as Joule having woken from cryo-sleep is walking past her busted crawler and wants to get it back up and running.  In the process she discovers the corebots sent to terraform the planet have become hostile and investigates further, with her sidekick the doglike corebot Mack. 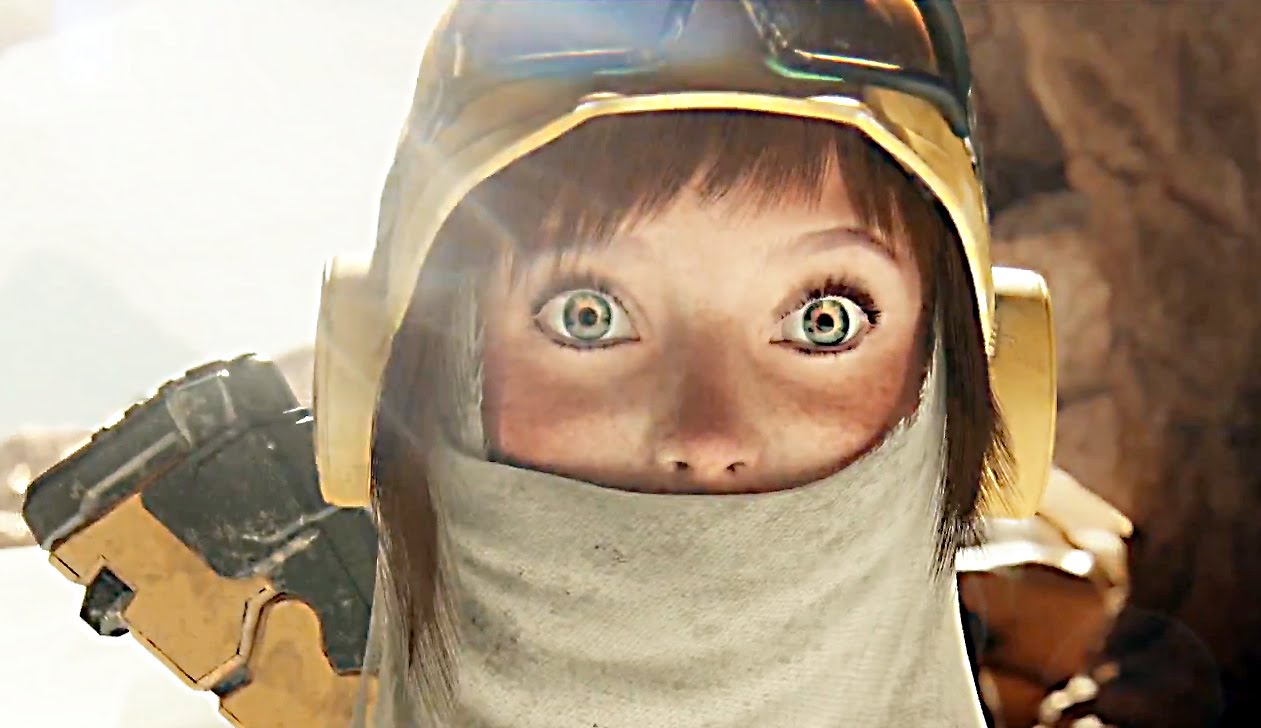 The overarching story on the whole is not anything new but the corebots, their variety and their purposes add a quirky spin.  While Joule is an interesting enough character and the story is quite interesting, the best part is the corebots.  They speak in a language subtitled with a written language that is not real, Joule understands them but we do not.  That does not stop their personalities gleaming through in their actions.  Like violet who rambles but does so with so much energy, Mack who out of combat acts like the most excited dog you have ever seen.  My least favourite was Seth but even he had a charm about him.

The gameplay is really what threw me off at first.

There is a lot of platforming in the game, from avoiding obstacles as you have boss fights to actual platforming on floating platforms.  As previously mentioned its gameplay reminds me more of a Ratchet and Clank game than the third person action game I was expecting based on the games aesthetic.  Combat itself is basically limited to shooting enemies which is given a spin as the enemies have different colours.  Using ammo of that colour will do considerably more damage, if you have unlocked that colour. 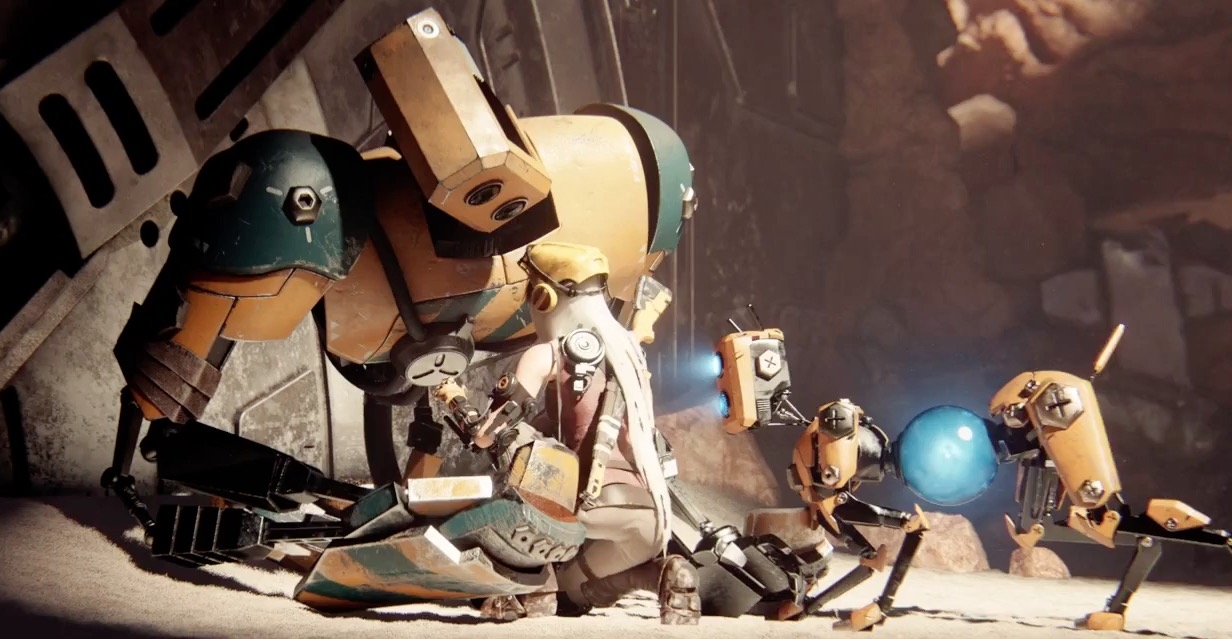 Switching ammo colours is done using the four arrow buttons on the D pad so it is really nice and fast to switch ammo types, which is important as you do not always fight one coloured enemy in a group and some enemies can even change colours mid fight.

Added to this is the ability to remove cores from enemies, when you get their health low enough, or sometimes before the fight starts, you can remove their cores by locking on to them and pressing R3.  This brings in a little mini-game where your tether is attached to a little ball which you need to get to yourself.  The tether goes red and if you pull the ball towards you for too long in the red then you will fail.  Releasing the pull button while it is red will give you the chance to keep pulling and once you get it to yourself you are rewarded with the core from the enemy, which is useful for upgrading. 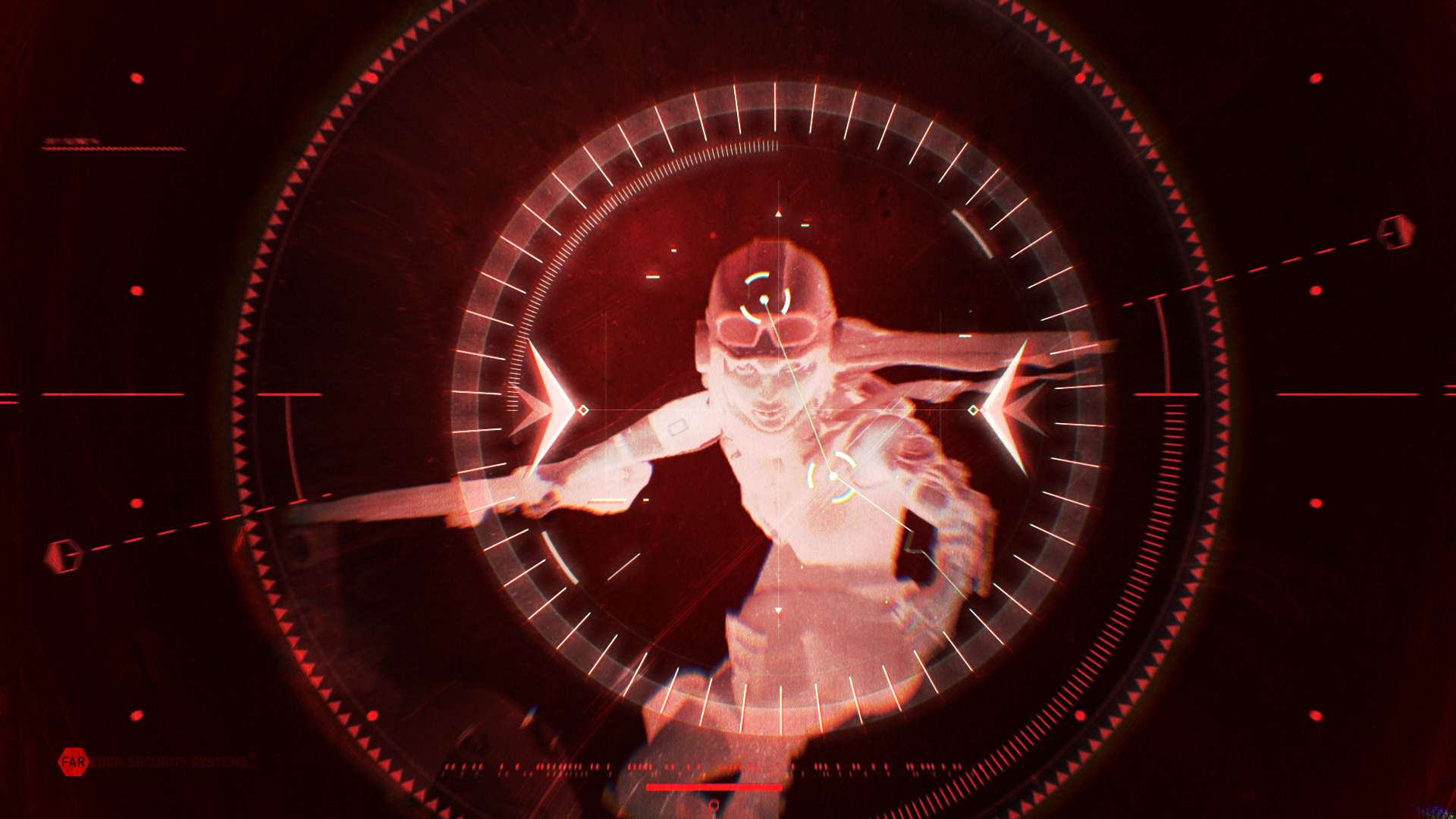 Speaking of upgrading, Recore does have some light RPG elements.  You can collect blueprints to upgrade your corebots, use spare parts found to complete the blueprints and apply them to the corebots to boost certain stats. Coloured cores are used to upgrade strength, defence and energy.  These minor RPG elements I found were just enough to make keep engagement up and make collecting drops worthwhile, but were simple enough that I did not spend hours analysing them and so was able to get back to the action quickly.

Among the unfortunate faults the game has, the most egregious of which is the load times.  From fast travelling, to going to a different area, to the game loading after I died, the loads time are absolutely shocking.  I have heard they are better on PC but on the Xbox One they were regularly upwards of one minute which is terrible.  One minute in isolation does not sound that bad but if you fast travel to Joules ship and back that is two to four minutes of staring at a loading screen and even more frustrating if you die a few times in a row and spend up to ten minutes looking at loading screens. It sounds minor but it is really disengaging. 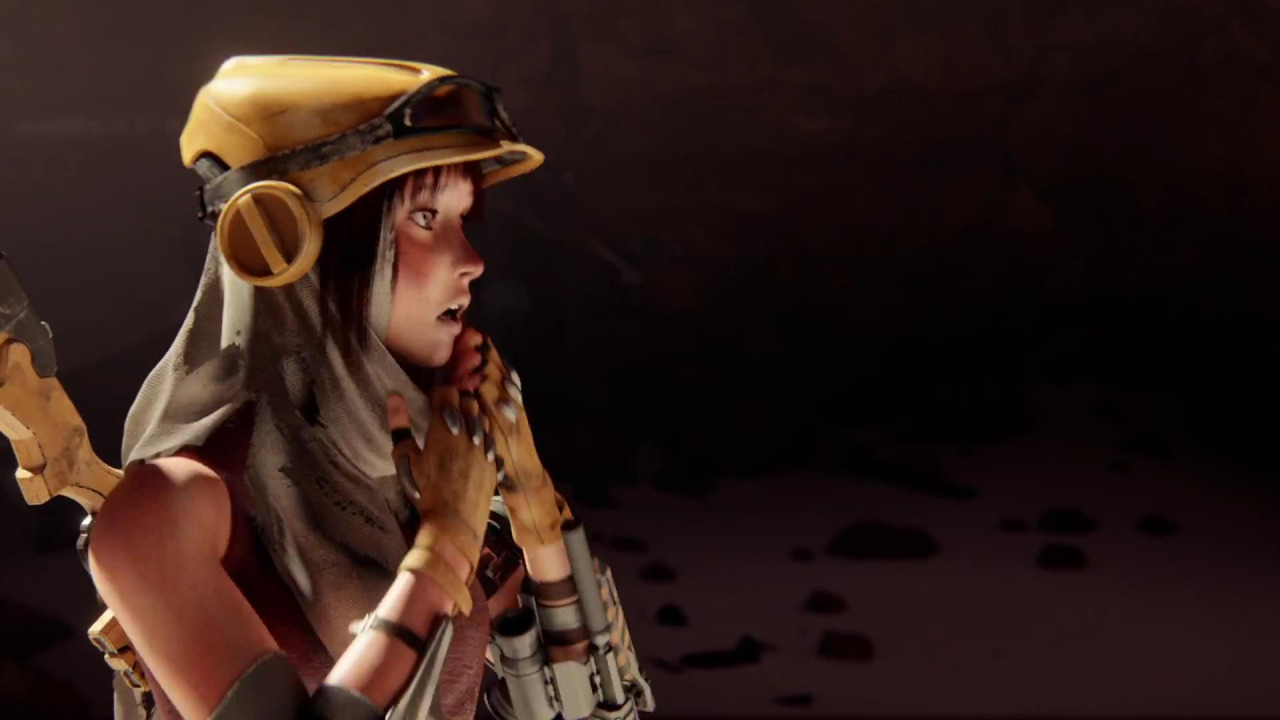 Added to this were some minor technical issues like framerate drops when too much was going on, which usually I do not notice but it did drop significantly enough a few times to be notable.  The other issue I had was the vast empty maps.  The levels can be quite large and regularly involve a lot of walking on sand past or around structures with not much combat going on, which gives the game an interesting vibe, but is a real chore if you have been platforming quite high and far, end up falling and have to trek back to the start.

Recore is a game not without its faults, but its interesting story, quirks, elements and how they all fit was easily fun enough to make for a very enjoyable experience.  It is a unique title, bringing a new experience to the table, that also in its own way plays like a game that has been around for a while.  If you can deal with the load times, or if they fix them, then I would not look past Recore with too much ease.