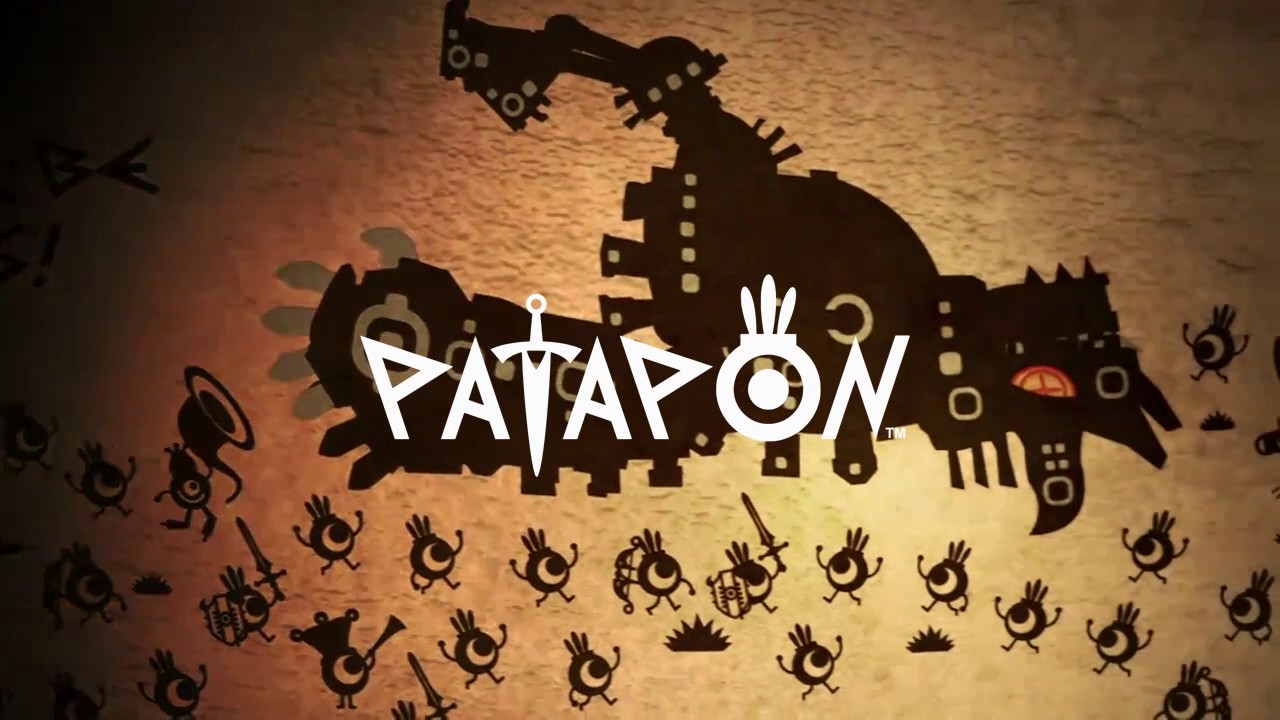 Originally released on PSP, like many games, Patapon has now made its way onto the PS4 console in hopes of introducing itself to a new generation and allowing reminiscence for its older. Despite its attempt to join the remastered bandwagon, Patapon fails to stay afloat in the age of engaging storylines and detailed graphics.

With a storybook opening, we are introduced to the Patapons, a cluster of little creatures that move to the beat of drums controlled by the player or ‘God’. In Japanese, ‘Pata’ means marching and ‘Pon’ means drumming, and that’s exactly what you do in Patapon. 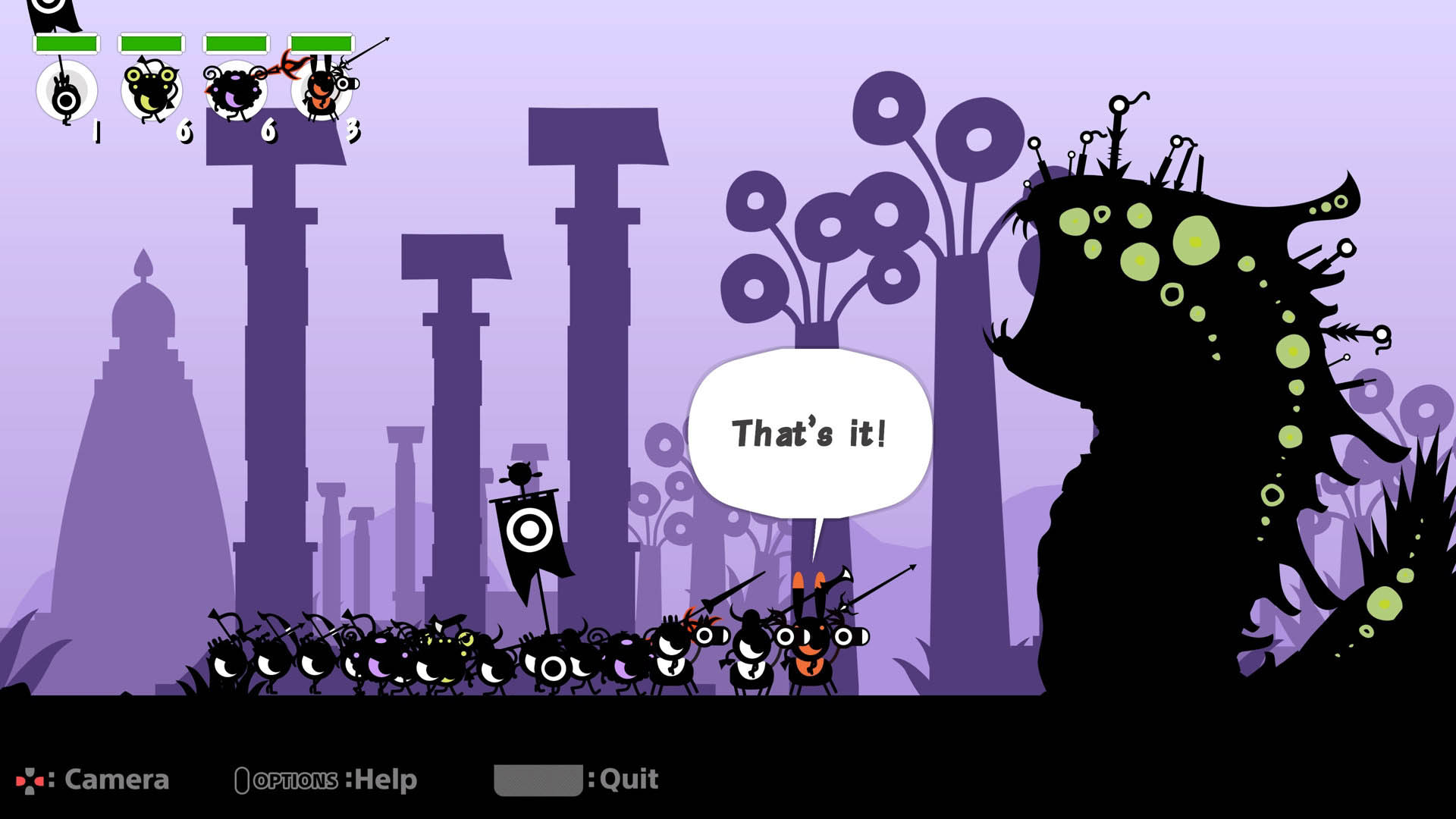 As the ‘Almighty’ God, the players control the Patapons by hitting various buttons in sequence to move the Patapons or make them do an action. These sequences are led by a musical beat that will stop or slow if you go out of sync. Oddly enough though, the game play turns from being rather easy to rather hard. I know what you’re thinking, how can a sequence of hitting a few buttons be hard? The main source of problems for myself was remembering these sequences or combos. I was clicking the help button which listed each one, but in the time that it took me to check these things, the ‘baddies’ had already caught up because the game does not pause. In conclusion, this lead to numerous mission fails and frustration.

Reading the dialogue as opposed to a voice over narrator left somewhat of a blank space that I wished was filled. In some scenarios, I couldn’t always keep my face glued to the screen every second so found myself missing out on dialogue merely because I didn’t know it was there. 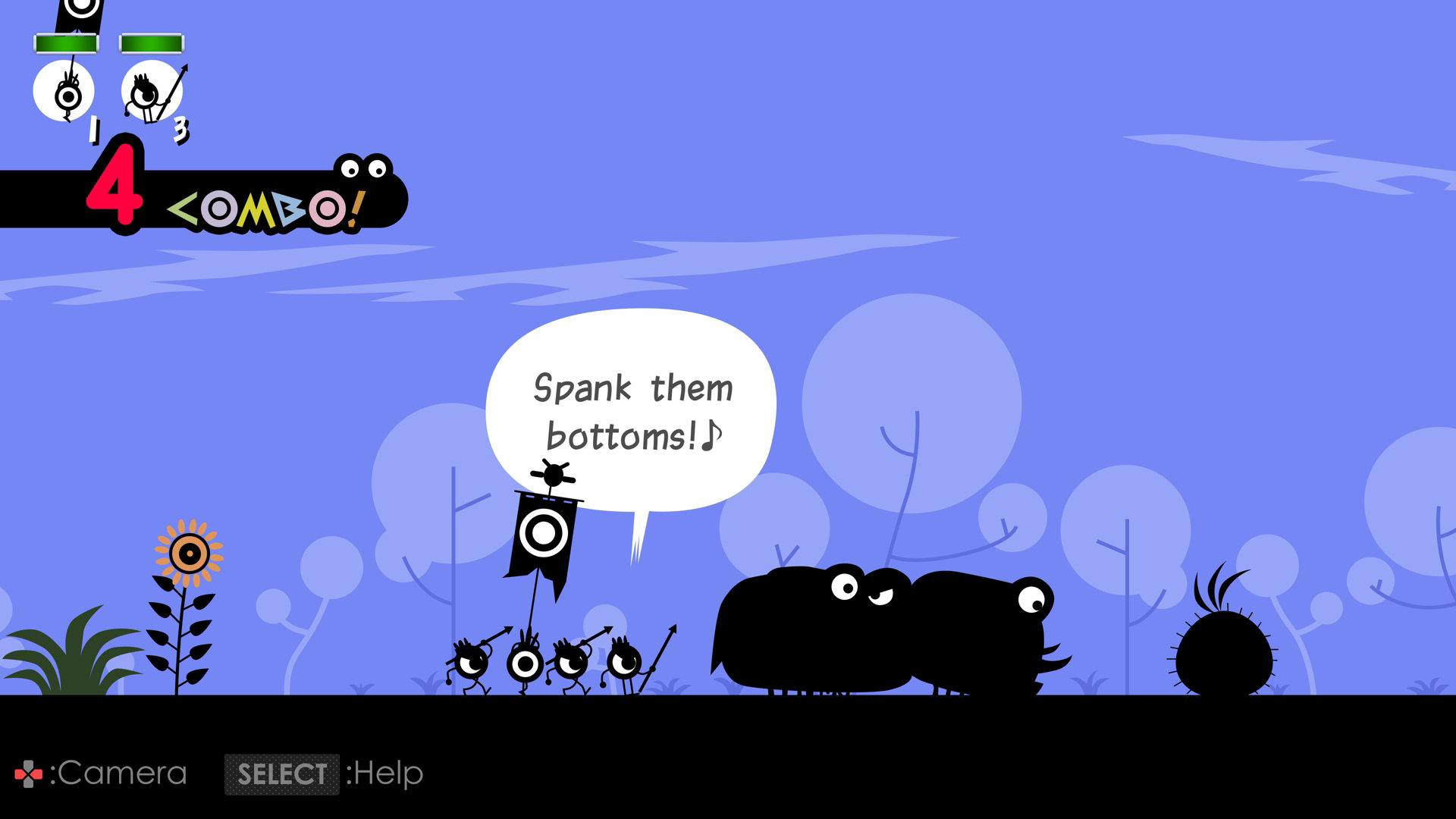 Such examples of ‘cutting the corners’ were also seen in the lower quality graphics in places and the lack of customisation. Something as simple as not being able to write my own name because there was only room for four characters or no gender specificity and being known as ‘Lord’ aren’t the biggest things to comment on, but still affected my overall gameplay experience.

Perhaps sometimes, some games need to stay in the past or at least adapt to the times if they wish to stage a comeback. Patapon may have been a hit years ago and could still be a fun replay for returning fans, but if you’re a newbie to the Patapon world such as myself, it just doesn’t hold enough interest to keep me returning. 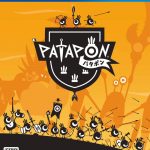