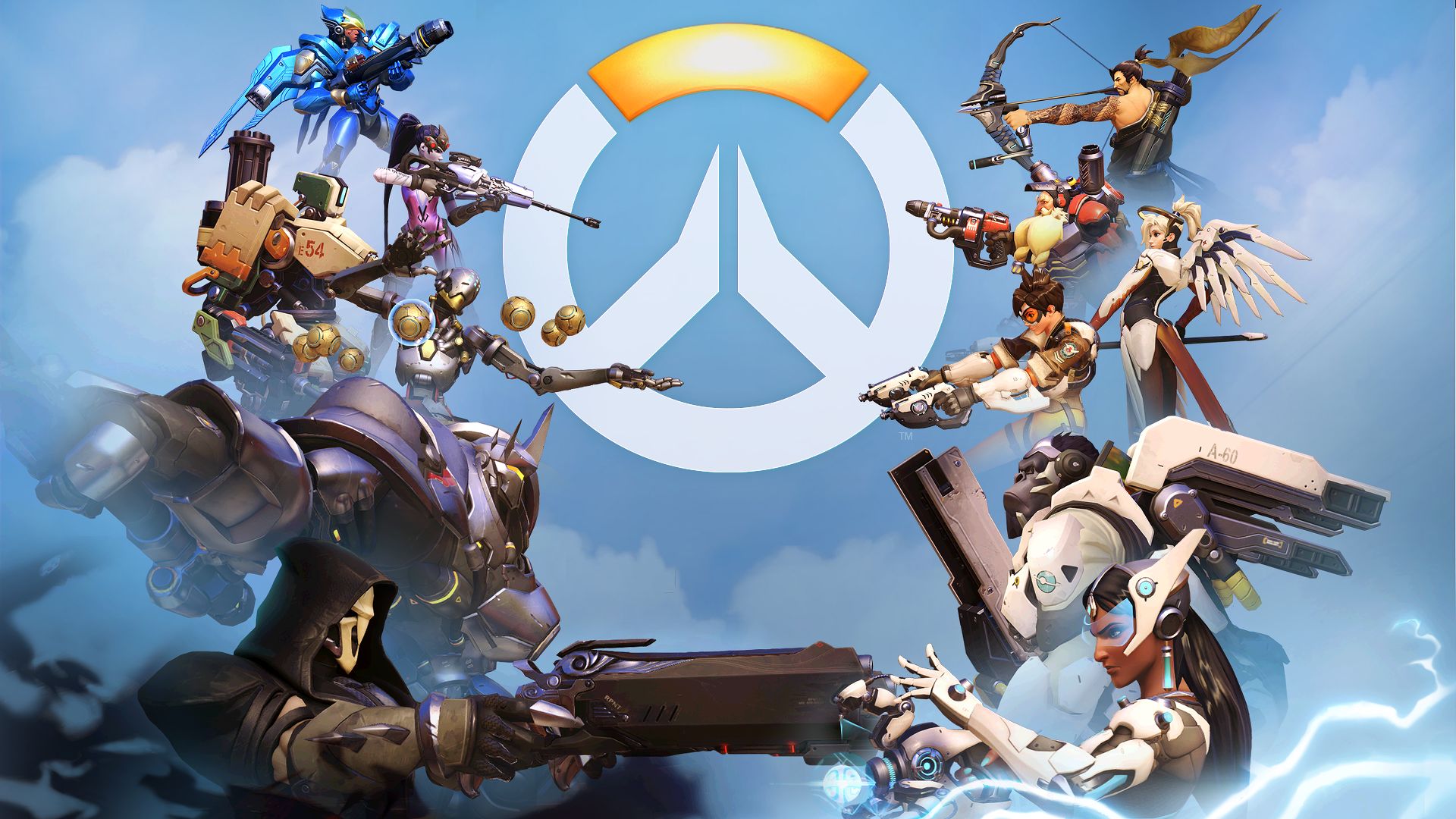 Overwatch throws down the gauntlet (metaphorical, and, if you watched the first trailer, physically) to every other shooter out there, daring them to be more fun, more rewarding and better put together. It’s a challenge that not many will dare take up. Almost a juggernaut before it was even released, Blizzard have once again woven their magic and made mincemeat of their competition. Though the year is but half over, Overwatch is this year’s best shooter, and once again raises the bar of quality and gameplay to a level that too often only Blizzard defines.

Overwatch contains no in-game story. Instead, the set-up is told through wonderful seven minute features and comics. But you don’t need any of this to enjoy the game – it’s more the cherry on top that gives the game a bit more depth. Typical of Blizzard however, the features are incredibly polished; Pixar has some serious competition.

Blizzard also isn’t joking when they say Overwatch is a team-based shooter. Working as a team is fundamental to succeeding in any of Overwatch’s modes – including escort and control. There are also “brawls” which are regularly switched up (such as Ultimates charging in half the time) to give a bit of variability. It is easy to see how a great esports scene could be developed around this game. Team selection screen provides helpful information about team composition. There are four general classes, though each character has their own quirks and nice to fill. There are no varying loadouts of custom classes in Overwatch. Instead the characters themselves are designed to be the loadouts. 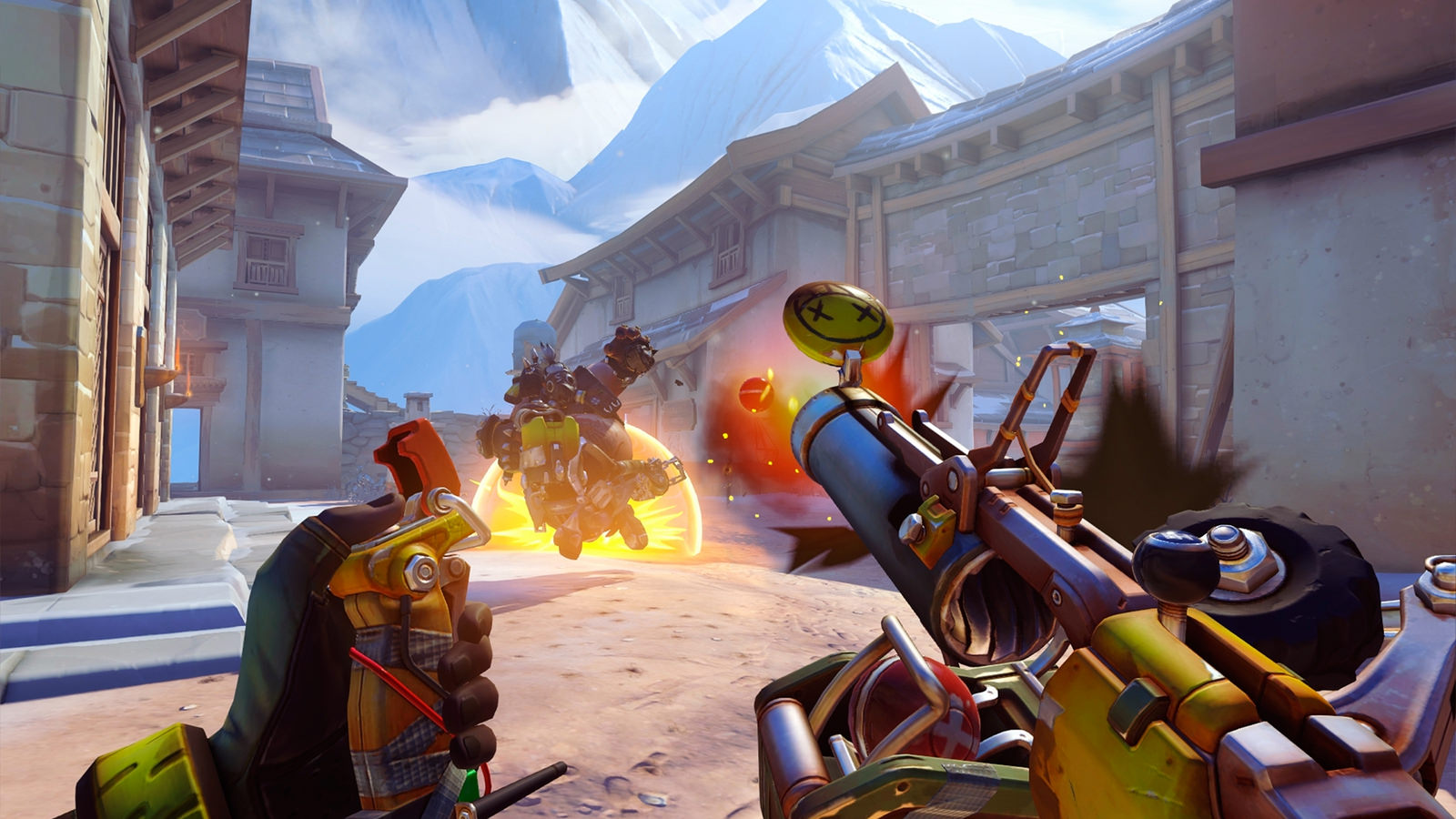 And the characters are unique and instantly identifiable in a convincing way that 2K’s Battleborn never quite succeeded in doing. More than that, their unique design allows them to be instantly identifiable on the battlefield, allowing you to make the kind of split second decision about what approach and counters you are going to take without having to wonder if you’ve properly ID’d the enemy’s character. The cast includes a very welcome diversity of characters from a variety of genders and nationalities too.

As typical of Blizzard games, there’s a supreme level of polish on display throughout Overwatch. A small example is how, when you level up and receive a loot box, you can open it directly from the menu, rather than having to return to the main menu and select loot box from there. It’s an instructive to demonstrate how Blizzard have examined how users are actually playing the game and have responded to that. This level of thoughtfulness is found throughout the game. Fellow developers take heed.

You can play against AI as well as humans, though even on the “hard” setting I never lost a match to the AI with a character I was competent with. It is however a great area to test out new characters in real combat apart from the rather weak training ground and tutorial the game provides. 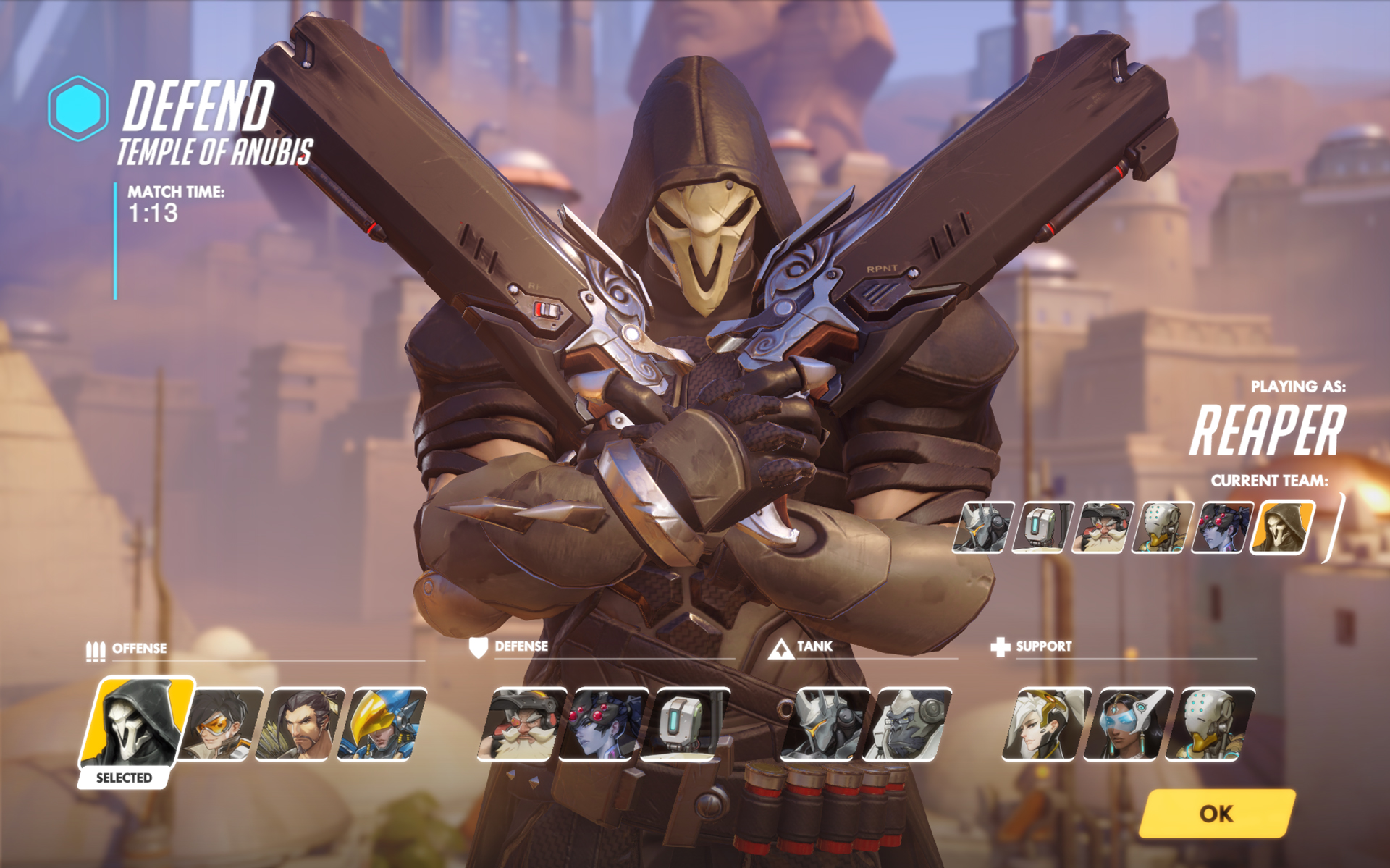 It is also extremely well optimised, running at a stable 60FPS/1080p at Ultra on my now aging graphics card.

But polish aside, the frenetic, kinetic shooting is the core of this game. The easy to understand abilities and clear differentiation between heroes and their varied shooting (or melee) attack styles. I’m sure there will be a hero for everyone to fall in love with.

But tear yourself away from that favourite you must. It is essential to be switching characters throughout a match to respond to our enemy’s strengths, weaknesses and changing strategy. This more than anything is why Overwatch couldn’t have succeeded as a free to play game. You need access to all the heroes within the five minute rounds and gating them off wouldn’t have worked at all.

Those five to ten minute short matches make it easy to pick it up and play for a few rounds, knowing that you can stop at any time, unlike the recent tendency for longer games, such as in a traditional MOBA or even Battleborn. Personally I welcome the movement back to shorter rounds, and I hope other games take suite. 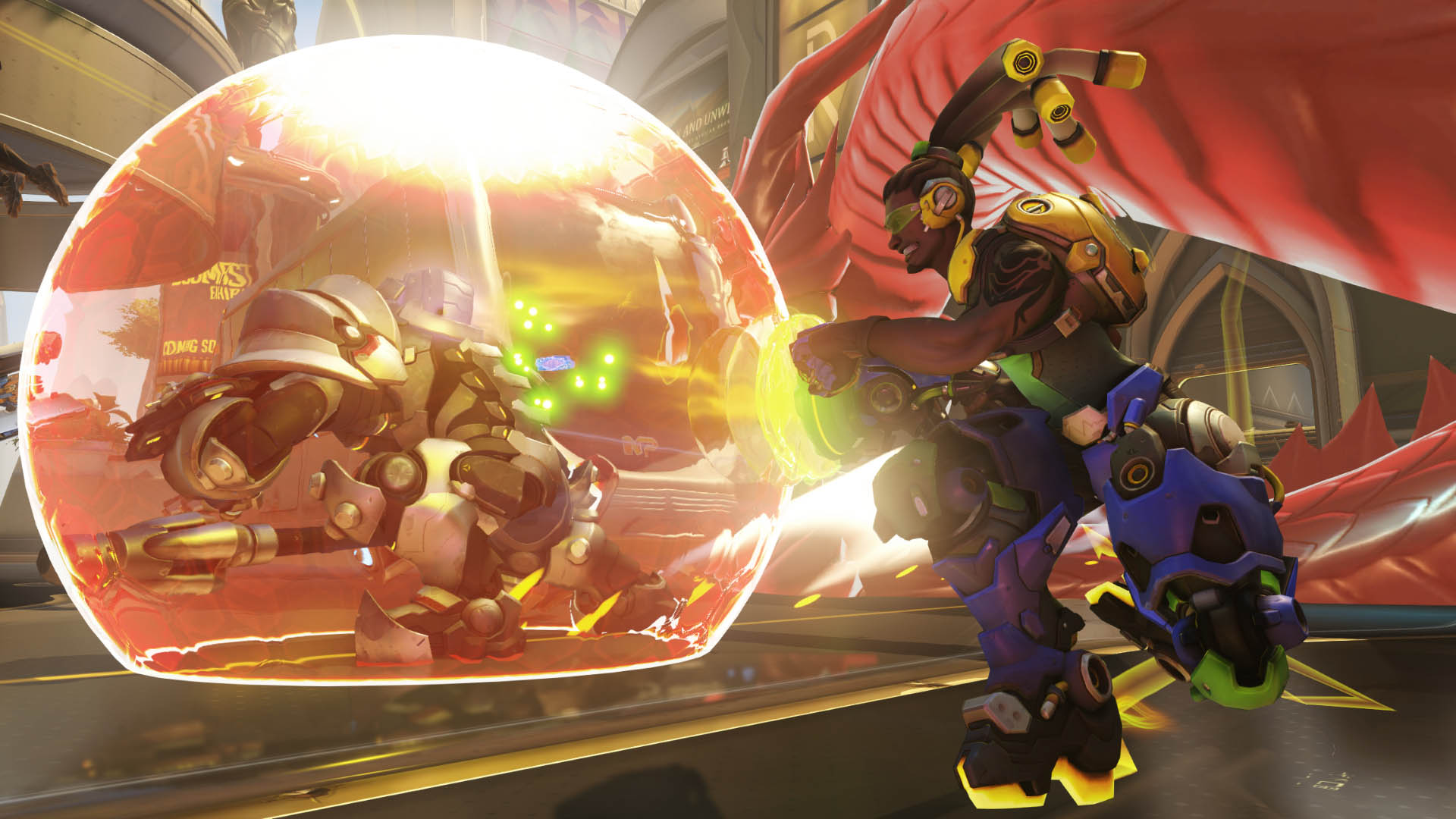 The pending addition of a Competitive Play mode will greatly help to fill out the game’s content which is at the moment a little barebones. Overwatch reminded me of 2015’s Splatoon. Though it launched with little in the way of content, what was there was compelling enough to ensure it remained a success. The hook was so strong as to overcome all the other shortcomings.

Nevertheless, a significant questions remains in thinking about whether Overwatch has enough in it to both justify its price and provide for its long-term success. Sometimes games are derided for not having enough content, such as the original Titanfall, which mastered the minute to minute gameplay but couldn’t provide enough to hold onto its massive initial burst. Interestingly, none of these complaints have seemed to reach Overwatch. For its part Blizzard has gone to pains to convince the nascent community that it is committed to the game for the long term. But surely this commitment is contingent on the game’s success. Although comparisons to Valve’s Team Fortress 2 are overblown, the longevity of that game is instructive to the future of Blizzard’s latest.

All this considered, I truly think that Overwatch has what it takes to go the distance and establish itself as a tent-pole shooter, standing with stalwarts such as Battlefield, Halo, CS:Go and others. Balance issues and early bugs will be resolved, the meta will evolve and I’m sure professional teams will evolve around this game. It’s truly a work of gameplay art and a testament to the Blizzard brand.