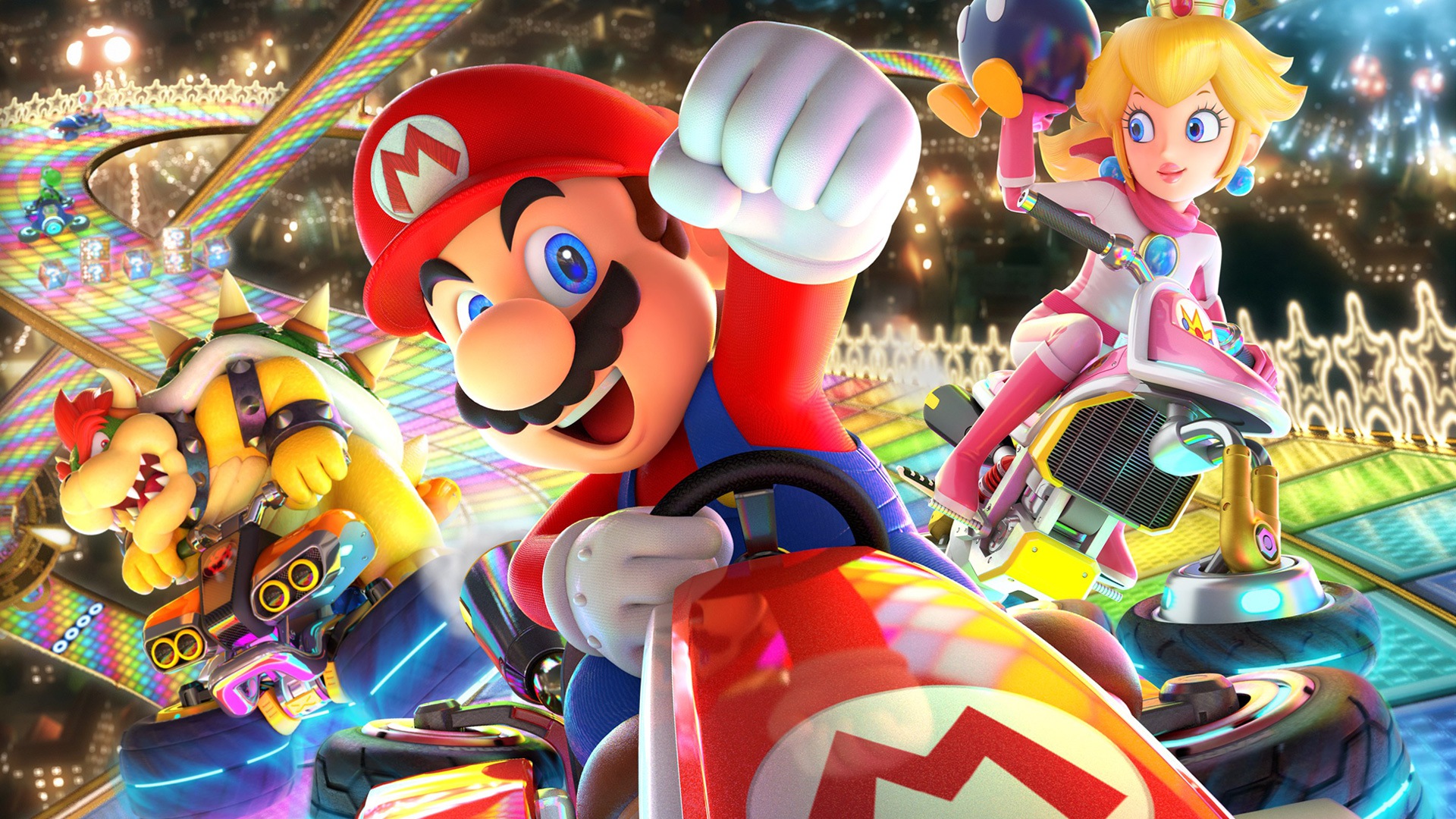 Mario Kart has been one of the biggest games, and certainly one of Nintendo’s biggest series for two decades, combining Nintendo’s major characters with Karts for arcade fun insanity at home.  Last year Mario Kart 8 was no different, and now it has been ported to the Switch, which makes it console quality Mario Kart on the go, with all the DLC.

For anybody who may have the Switch for their first main Nintendo console in a while, the eighth main entry in a series can seem daunting, but there is nothing to worry about here.  The game is a kart racer, and nothing more, with no forced in story for the sake of it.  Instead from the inside out the game worries about being a fun game, and that’s it. 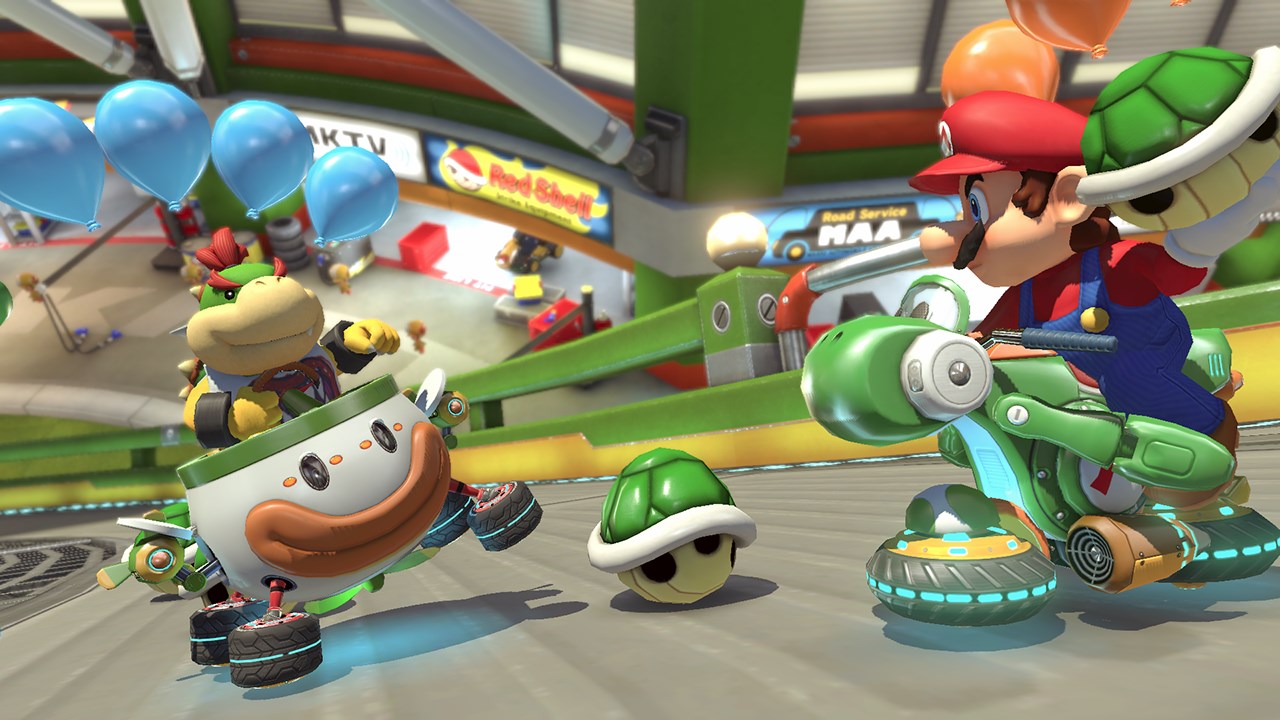 The nature of the game concentrating on what it is has resulted in some honed quality unlike many other games.  Kicking in the main gameplay mode involves doing four races for a trophy, being scored after each race.  This is split up into different CC ratings which increase speed and difficulty of your opponents.  In each rating category, there are 12 cups each consisting of four Levels, meaning there is an absolute tonne of content, and that’s Grand Prix mode.

Then there are Time Trials where you can pick any of the four races and try set or beat records, which can be uploaded to the net.  Then there is the VS race which gives you all the customisation you need, such as making it a banana only match. Then the new Battle mode. 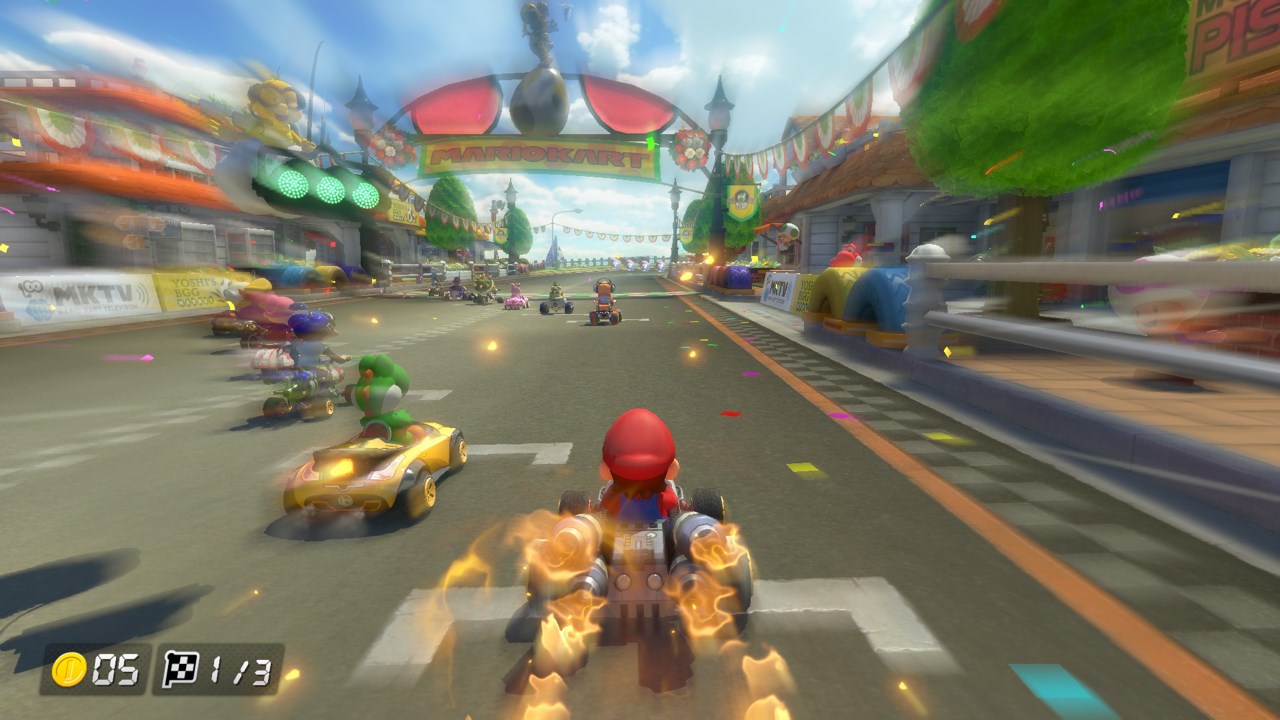 As with most kart races the game has weapons used in races to give, or lose your edge, and the Battle mode, which is new to Mario Kart 8 Deluxe, concentrates on the use of these.

Battle mode consists of five other modes which involve going around battle specific maps, hitting each other with said weapons, the best two of which are Balloon Battle and Shine Thief.  Balloon Battle is a simple, kill opponents, a get points styled game with a Mario Kart twist, giving each character a set of balloons.  You lose one each time you are hit, and when you lose all your allocated balloons you respawn with less, while losing some of your points.  Then Shine Thief is a mode where you need to hold the Shine, a big gold sun coin, for 20 seconds total, which wins the round.  It is lost by someone hitting you with a weapon which will make you drop the Shine, allowing anyone to pick it up and thus continue their counter. 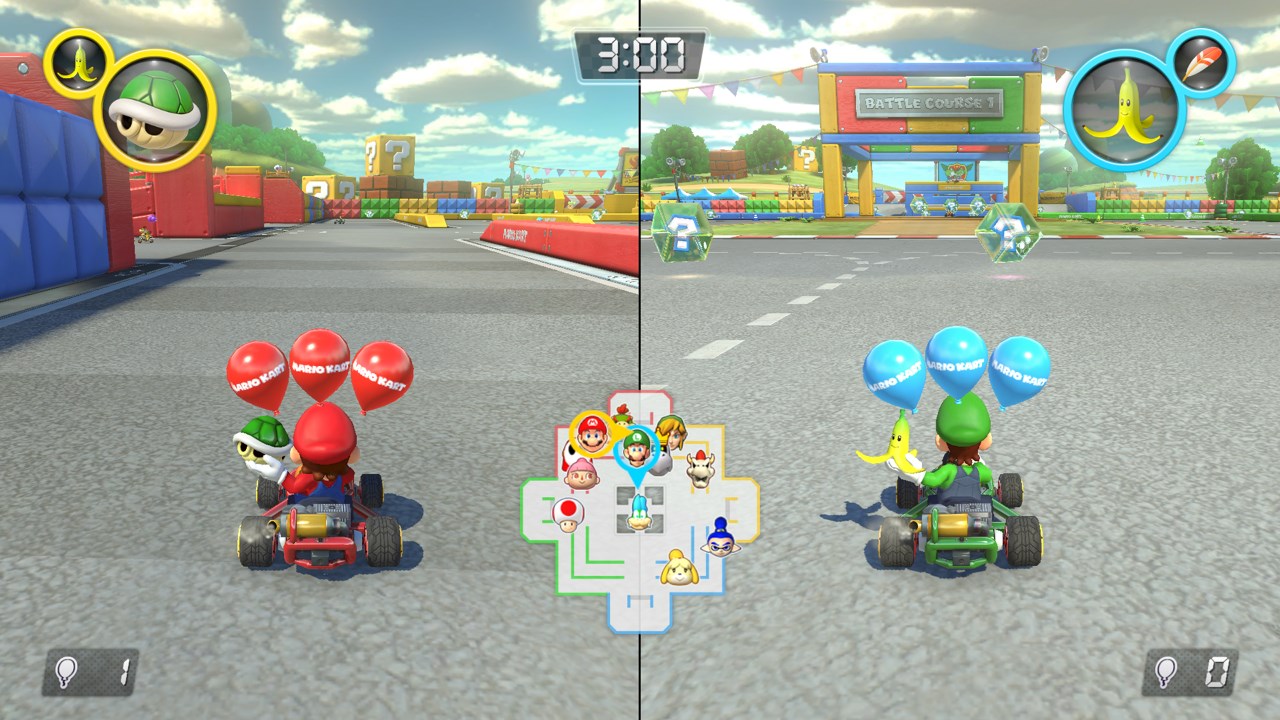 Battle mode is a huge addition to the game, causing an intense level of fun and joy, which added to portability makes this a worthy purchase for owners of Mario Kart 8 on Wii U.  The gameplay is super simple, making it fit the joy cons perfectly, so one Switch can make multiplayer Mario Kart on the go super easy, or if you don’t have any friends, online matchmaking is also super easy and fast.  During my many sessions getting my ass kicked, I never had an issue connecting to a race.

One element that may frustrate some is the balance of weapons.  They are distributed depending on your placing, where first place gets less powerful weapons, and eighth place gets the best most regularly.  This does mean that an unfortunate series of attacks can drop you from first to last, which may inflict some gameplay rage.  But the consequences for most of the races tend to sit close, if you find yourself at the rear of the race early on, nothing is set in stone until someone passes that finish line. 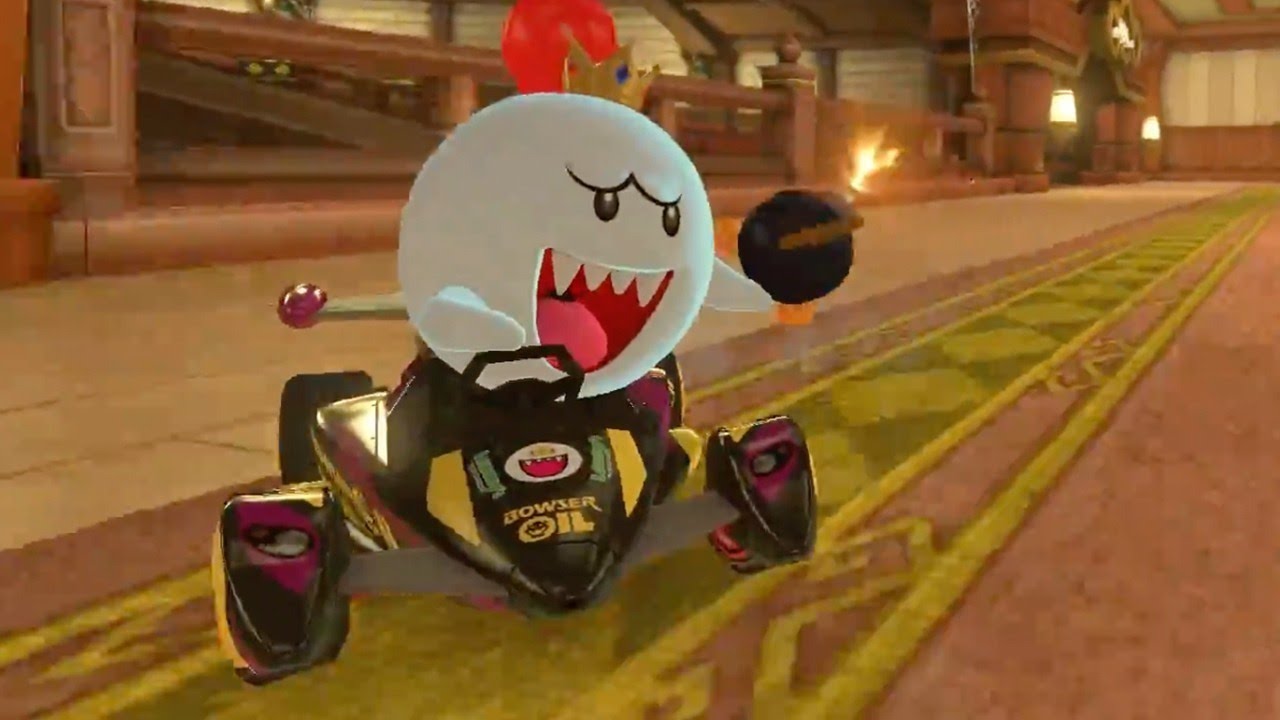 The graphics and audio also stand out as stars.  With very arcade, relaxed and fun music, it helps set a charming and fun, and very Mario-like tone to the game.  Silly sound effects on top of this sets a very specific tone of fun and fun.  Added to this is the art style which is very simple, charming, and Mario-like.  These added to the range of characters, vehicles, maps and their environment makes the game everything it needs to be.

Mario Kart 8 Deluxe is everything we want from a Kart racer.  Fun gameplay, atmosphere, maps and modes.  With the extra Battle mode, the game is more than the game of the year edition of Mario Kart 8, but so much more. 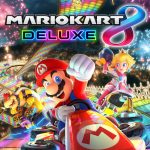