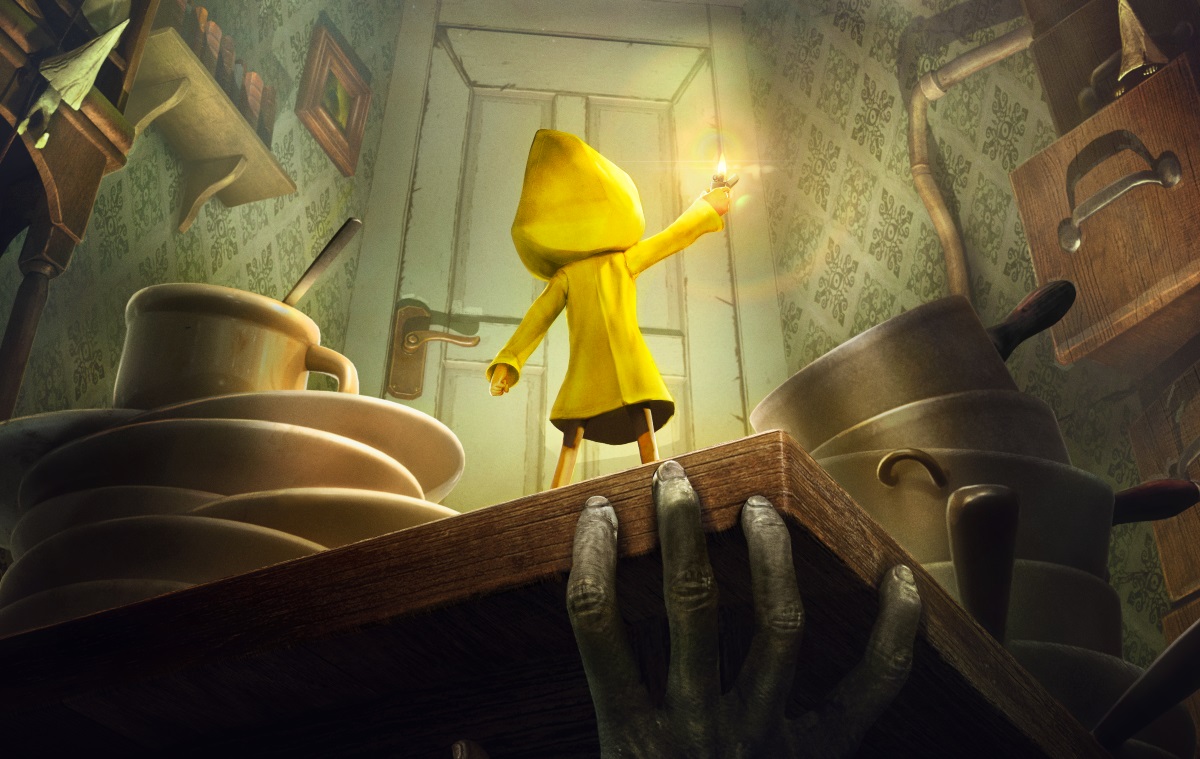 Creepy, terrifying, haunted, dark and occasionally frustrating. That’s Little Nightmares: Complete Edition in its excellent port recently released on the Nintendo Switch. It’s a faithful, full featured release that allows you to take the entire, horrifying experience with you wherever you go.

Little Nightmares is, at its core, a puzzle platformer with a distinctly horror focus. This isn’t the type of horror that’s full of giblets, blood and laughing maniacs, but instead the terror of the dark, strange arms waving from a dirty pool of water, and the unshakeable sense that everything is definitely not alright. You play as a yellow hooded little girl, Six, who has to navigate her way out of any number of disgusting areas. 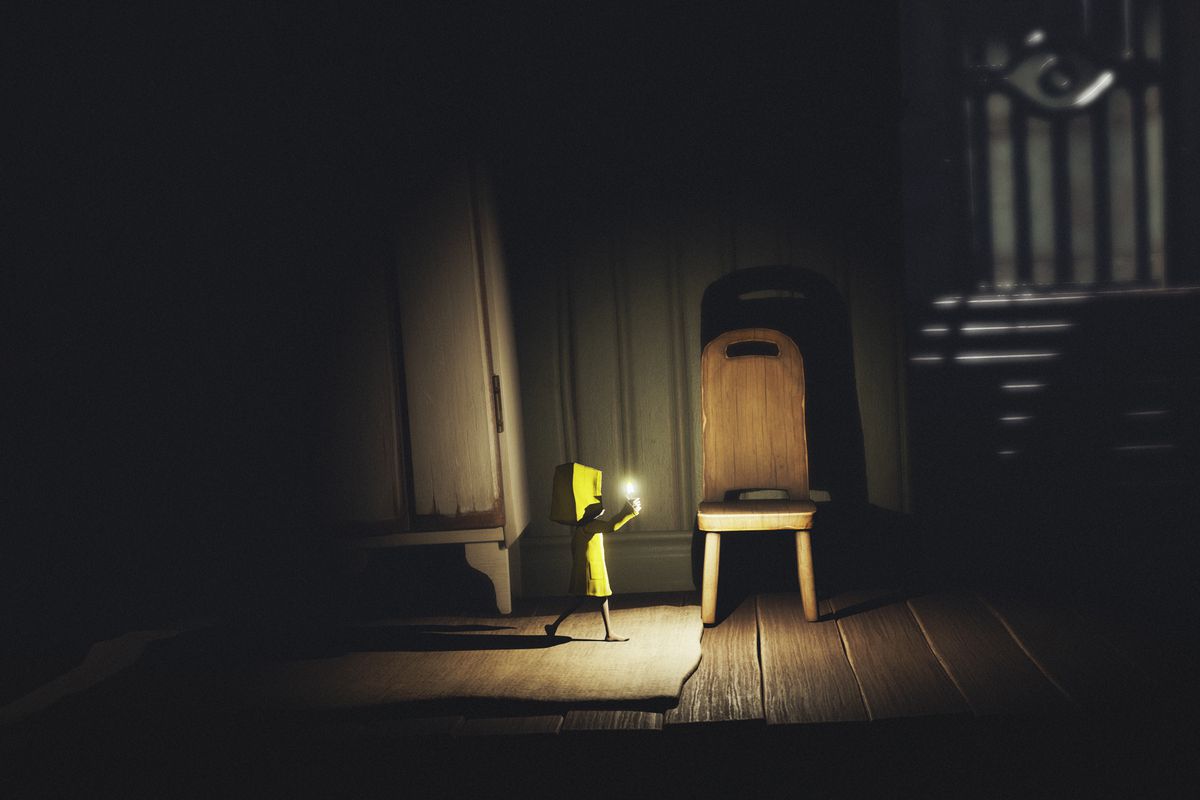 Broken down toilets, rotten kitchens and deserted galleys will all throw up a variety of interesting challenges. Long arms reach for you from hidden passageways, and deformed chefs huff as they reach down to grab you and turn you into dinner. To stop them you’ll need to use the environment to your advantage. Six is weak, and can’t attack by herself. While the puzzles are generally good, there are a fair number that require you to die just to see what happens if you do this or that, and it isn’t always obvious what you can and can’t interact with in the world. 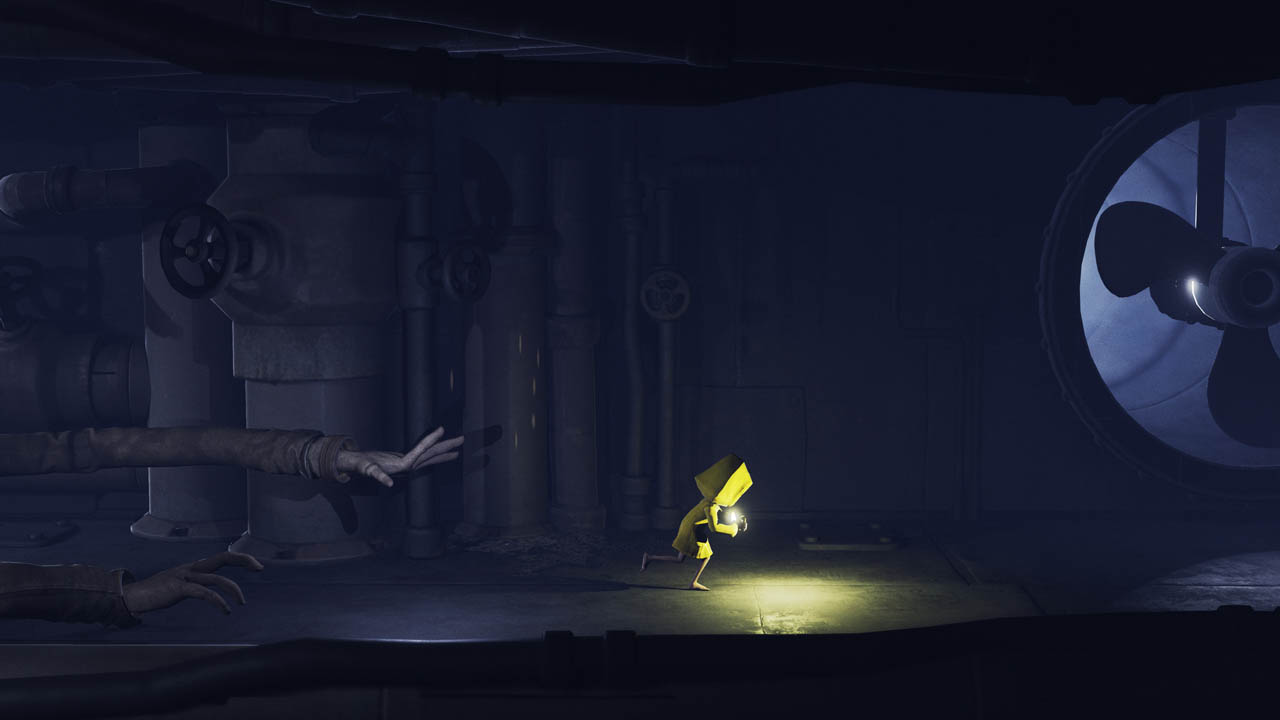 The Complete Edition also features the trio of DLC that form an alternative take on the game through the eyes of “the Kid”, another child (this time with a blue shirt) in his attempt to escape. The three DLC packs aren’t really separate bits though, combining to make a cohesive journey whose length rivals Six’s original travels. It’s all very similar, with perhaps more of a focus on movement than puzzles.

Unfortunately I found the Kid’s DLC to be less interesting and less well put together than the main game, with often frustrating puzzles where not being in the exact right spot at the exact right time, and not making pixel perfect jumps lead to instead death and a lengthy loading screen. The same issues also ruin the sometimes long chase sequences. You’ll need a quick wit to outsmart all those issues while maintaining the tension, as there are no real consequences for dying except for having to redo the sequence again. Perhaps it’s my poor skill but the curtain feels like it’s being pulled a little too far back when you have to redo a certain section over and over just because you slightly messed up. 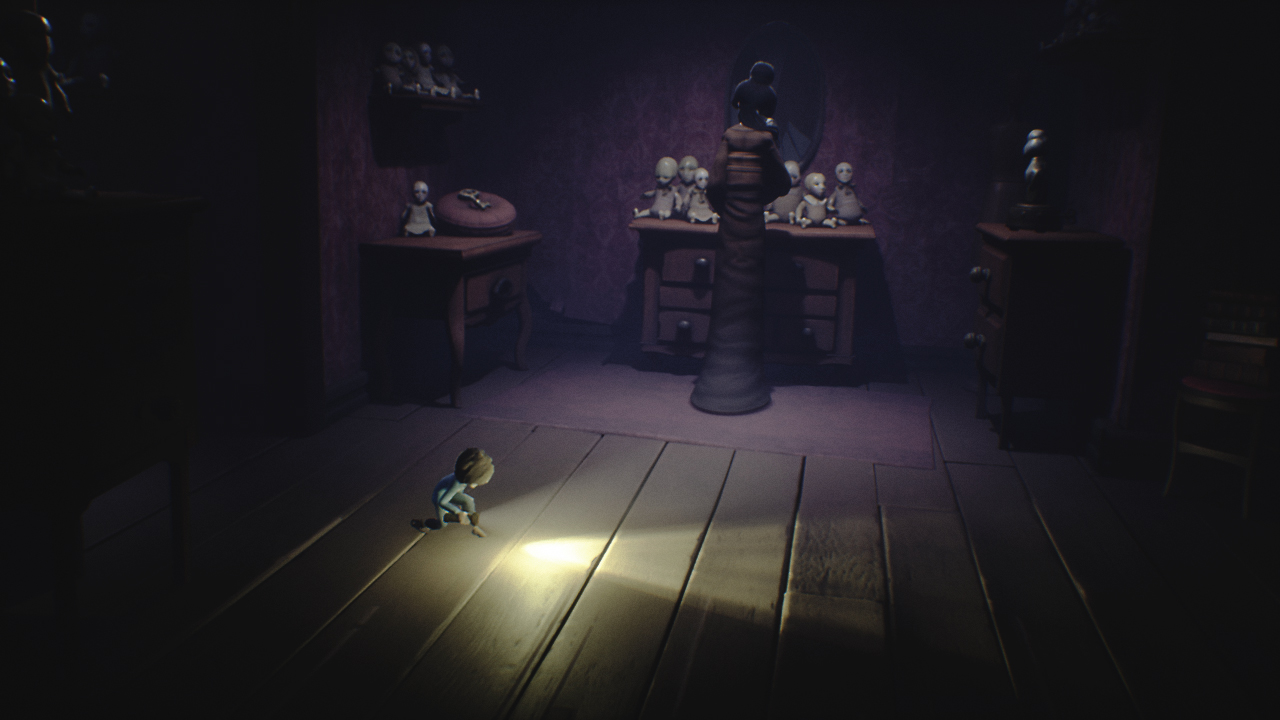 Together, the Complete Edition should last you between six to eight hours, if you’re searching for everything, and depending how often you have to restart any particular area. Graphically, nothing substantial seems to have been lost in the conversion to the Switch, which is probably helped significantly thanks to the abundant use of post-processing effects such as film grain. The Switch port retains the same grim, creepy atmosphere and performance was quite good in my experience.

For those who haven’t treaded carefully acrossed a garbage-filled pool tank, or gnawed on a live rat in your desperate hunger, the tales of both Six and the Kid are an interesting take on a very different type of platformer. While linear and not overly long, the tales are dark and direct, which is tonally different from almost every other Switch game out there. This does mean that much of the horror is lost if you’re playing it portable on the bus or out and about.

But if you have the lights off, curled up in bed or on the couch, it’s a great way to take this game out of the living room and into somewhere where you can be terrified and perhaps, frustrated.