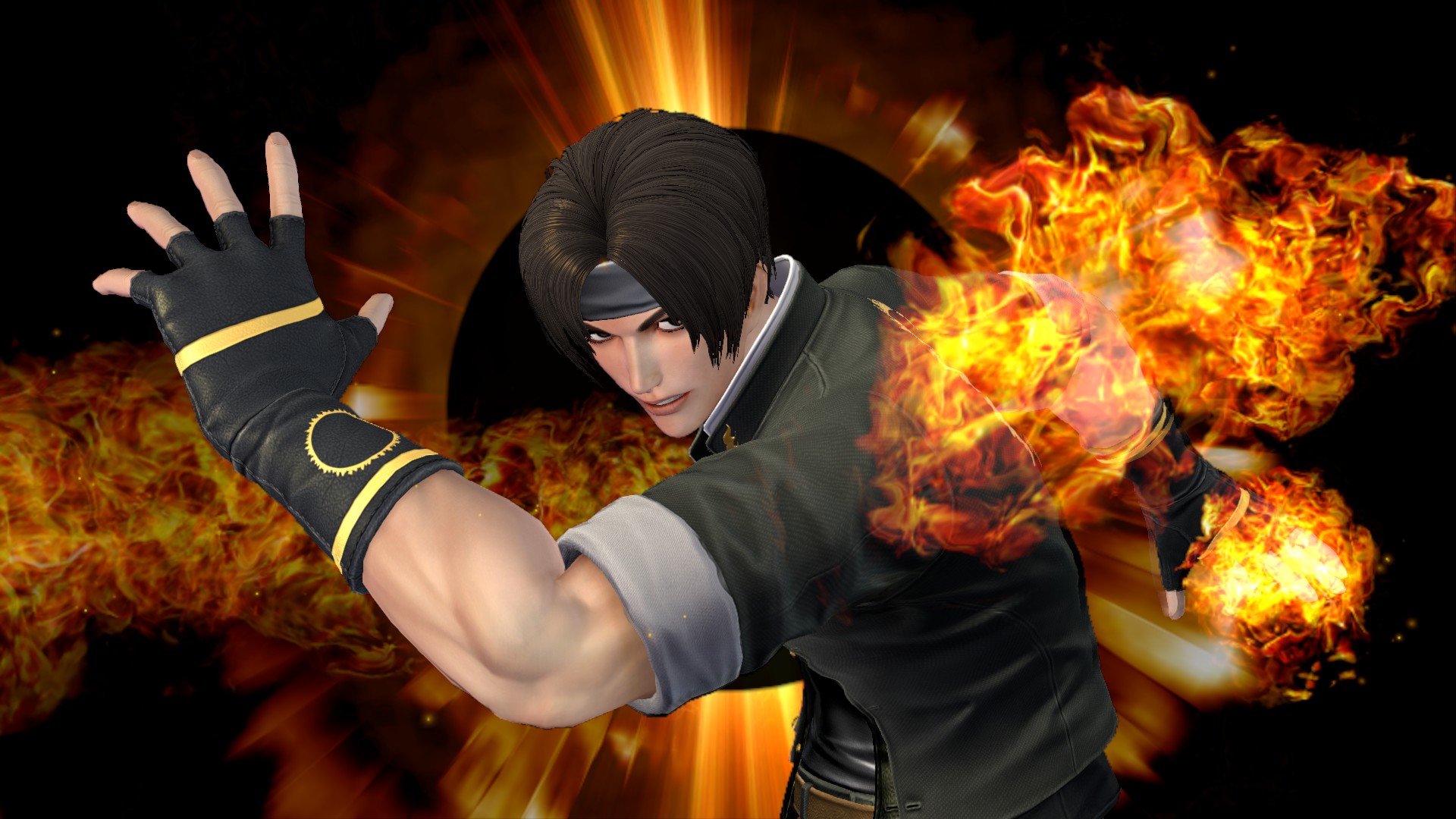 As I put a plaster on the thumb blisters I have not seen since the last time I learned how to play a King of Fighters game, I remember all of those same feelings, the uphill struggle to get the timing right, the frustration at missing because of it, the pain of playing through a blister as you rub your thumb from button to button on the D pad and the limited satisfaction when you start to get the hang of it again.  King of Fighters has always felt a little off in the time you have to pull off a button combination for an attack, which once you have the hang of, it is not an issue, but if you are approaching it for the first time, or the first time in a while it is a hell of steep hill to climb. 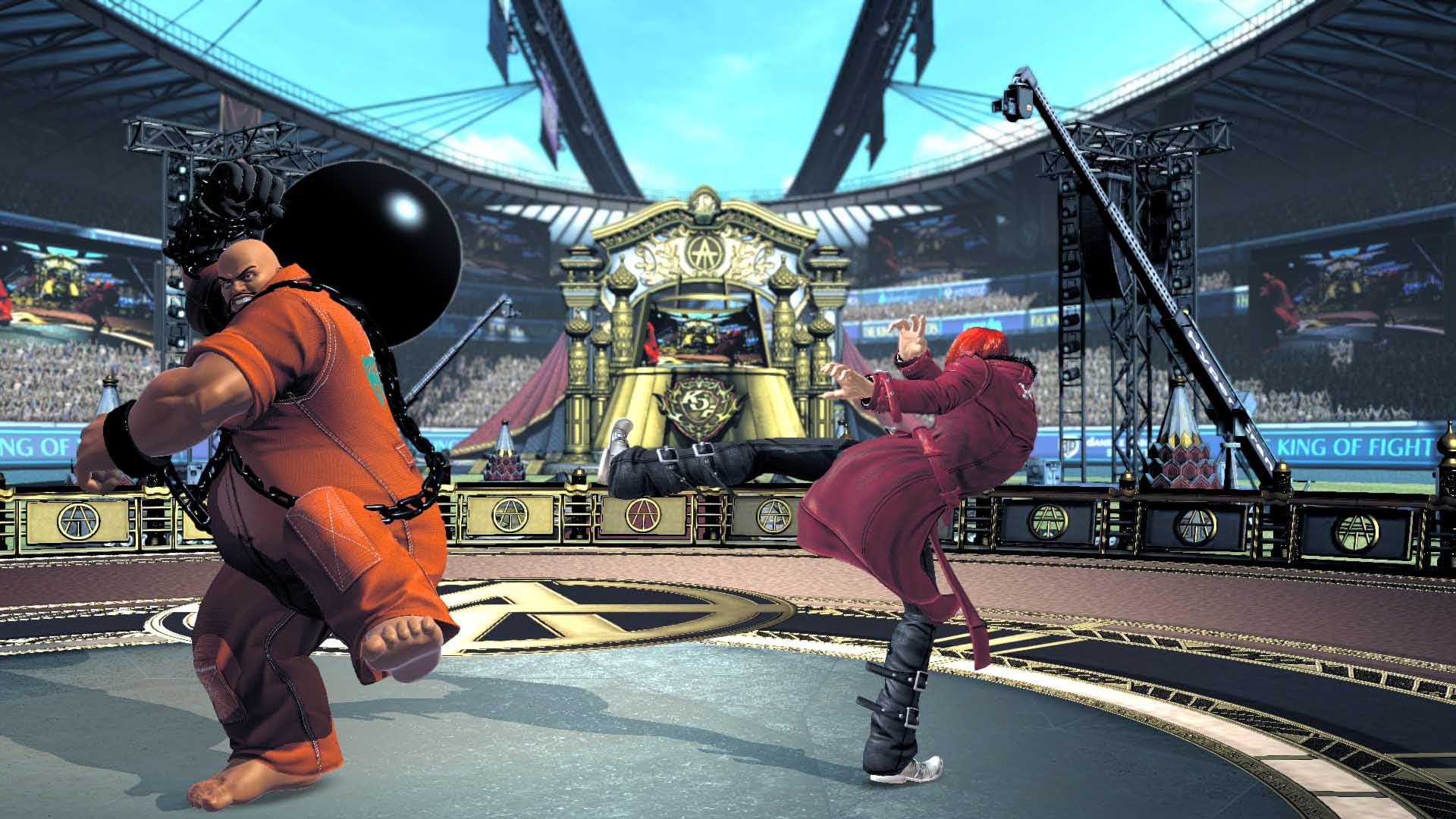 That is where King of Fighters as a series has shined, a steep learning curve that is so damn satisfying once you get to the top, the only problem is they do not give you too many hands to get you there.  King of Fighters XIV is no exception to the rule.  I spent a good two or three hours just doing the tutorial trying to re-learn the button timing, especially later on with the attacks that involve a lot of D pad prompting.  I tried a couple of fights before diving into the tutorial and it was made very clear very quickly that the refresher is essential.

The snag is the tutorial does not hold your hand the whole way through.  It basically says do this and presents the buttons to press, then you do it. As timing is the hard part of picking the game up the tutorial is not help much there at all. 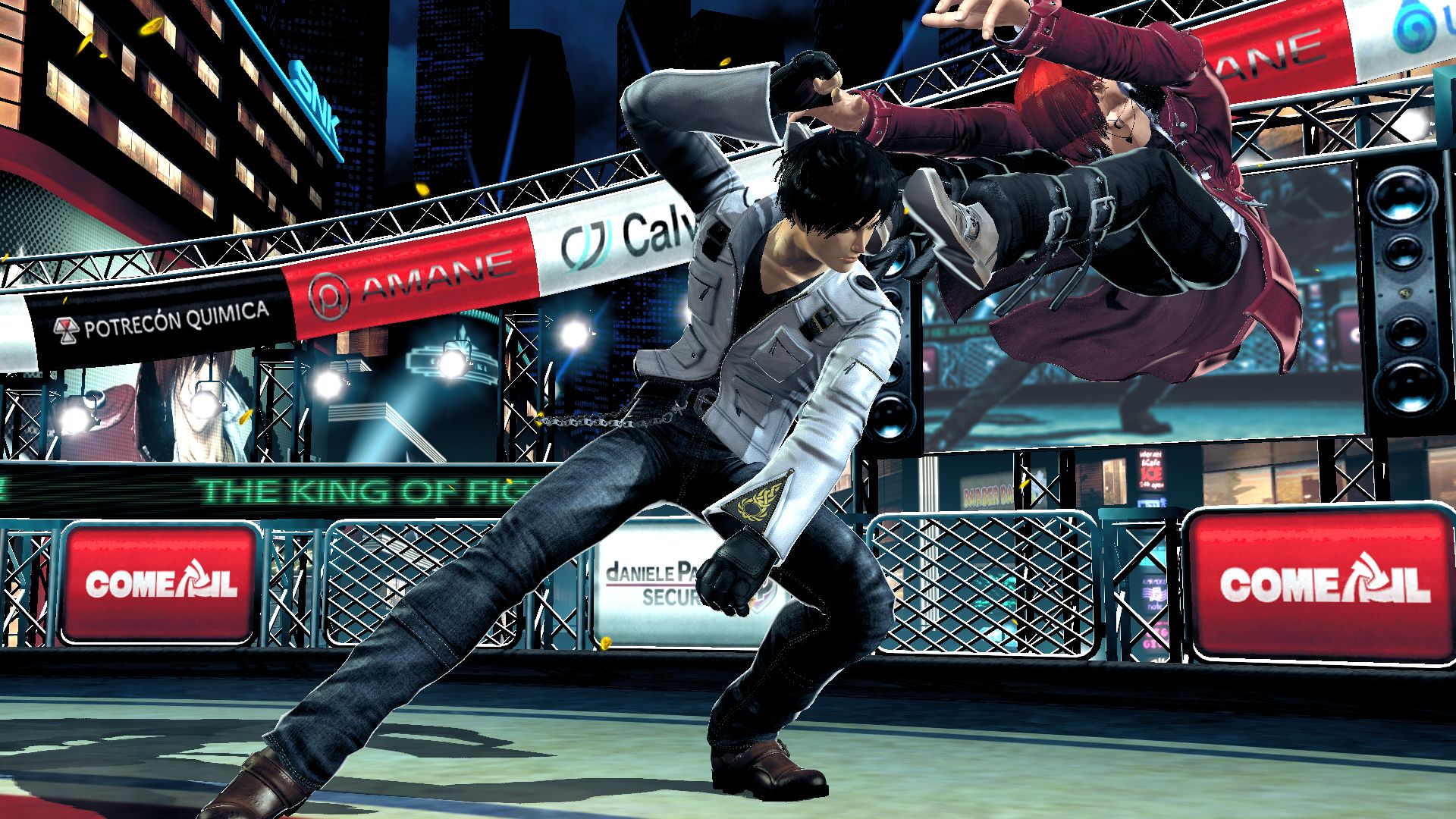 King of Fighters fans will know all of this already in which case most will know what they will get from the new title, but for the uninitiated the story mode involves picking three characters who you will take into the fight.  Each round is one-on-one but you need to knock out the opponents three without losing your three.  I found the story itself about the Tournament bland and hard to engage with, but honestly I did not really care, at a certain point I stopped paying attention and just enjoyed the gameplay.

Game modes are lacking, it has all of the essential fighting game modes and that is about it.  The multiplayer has some more variety which allows you to join lobbies and fight in different modes from one-on-one to team fights and has some good variety, even allowing you to spectate other fights.  The one glaring flaw is the lobbies are not too busy.  I found myself playing in Asian lobbies regularly which did not have as much lag as I expected but it still wasn’t too great.  Not to mention to have any chance at competing online you need to get really damn good, really fast, needless to say online for me involved getting whooped, a lot. 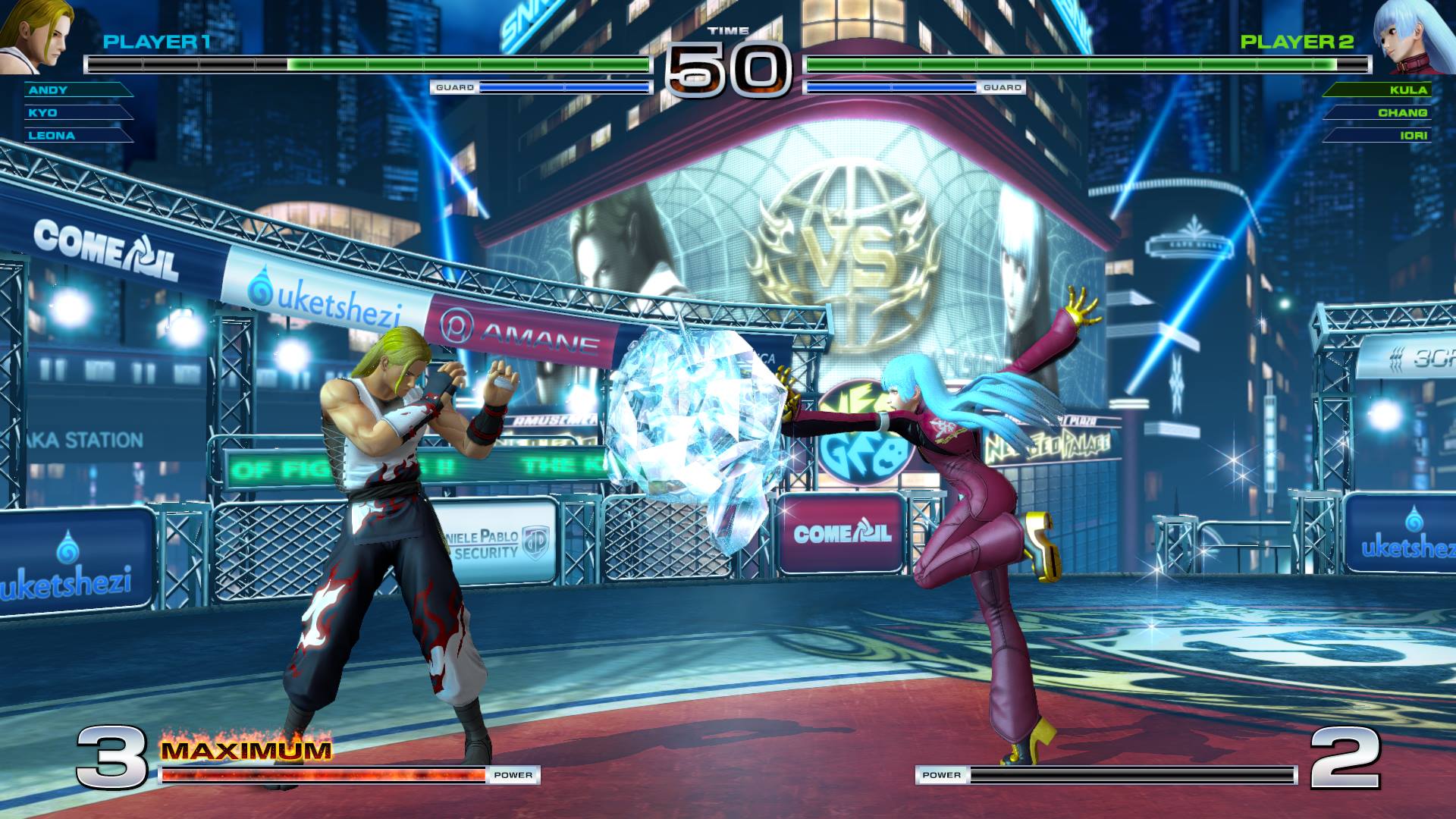 The biggest change in King of Fighter XIV is the change from the two dimensional anime aesthetic to three dimensional models.  I always liked King of Fighters sticking to its guns and being beautifully drawn and I am not averse to change, but the problem is the models do not look that great.  They are not too detailed and most of the time they just looked like they were from a low budget game which is unfortunate as the character designs are really cool.  Though the roster is huge some standouts that hooked me for the bulk of my play time included the King of Dinosaurs because he is a guy with a raptor looking head, and Love Heart who is an awesome pink pirate.  These were purely because they looked cool aesthetically and I got hooked early on when it is easy to gravitate to a couple of characters with the overwhelmingly large cast of fighters.

All in all, King of Fighters XIV is a great fighting game and a great King of Fighters game.  It is let down by the not too great aesthetics, but if you want a fighting game that is challenging and satisfying and is not going to hand hold you too much then this may be what you are looking for, even if it is only for simple single player fighting unless enough locals pick up the game.