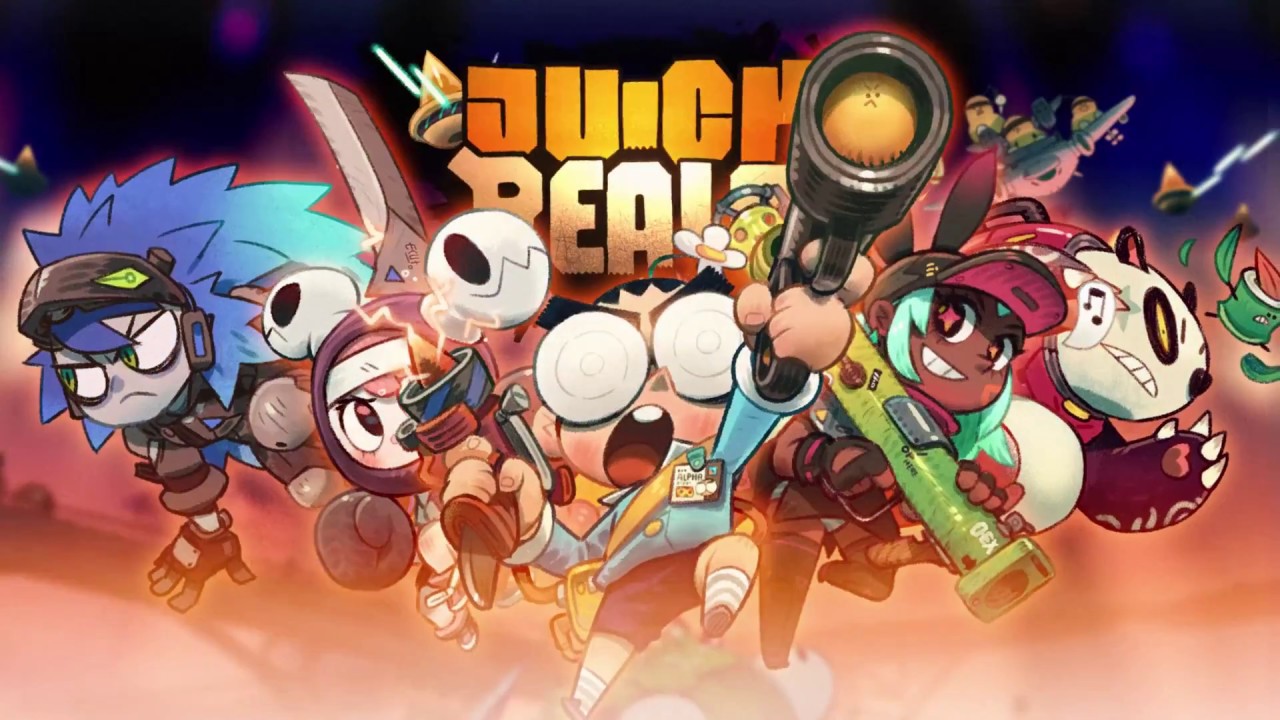 Juicy Realm is a really interesting prospect when you first boot up the game. You take control of a hunter and seek to work your way through a series of stages before meeting the area boss. Then its rinse and repeat in a different part of the game world. Whilst this a very simplistic view of the overall story progression, trust me, there is enough in Juicy Realm to keep you occupied for a while.

Juicy Realm is a Roguelike dungeon crawler from Chinese developer SpaceCan Games and focuses on you investigating and hunting down mutated plants that have taken the top spot on the food chain. The human race has never been good with sharing, so one of us has to go. 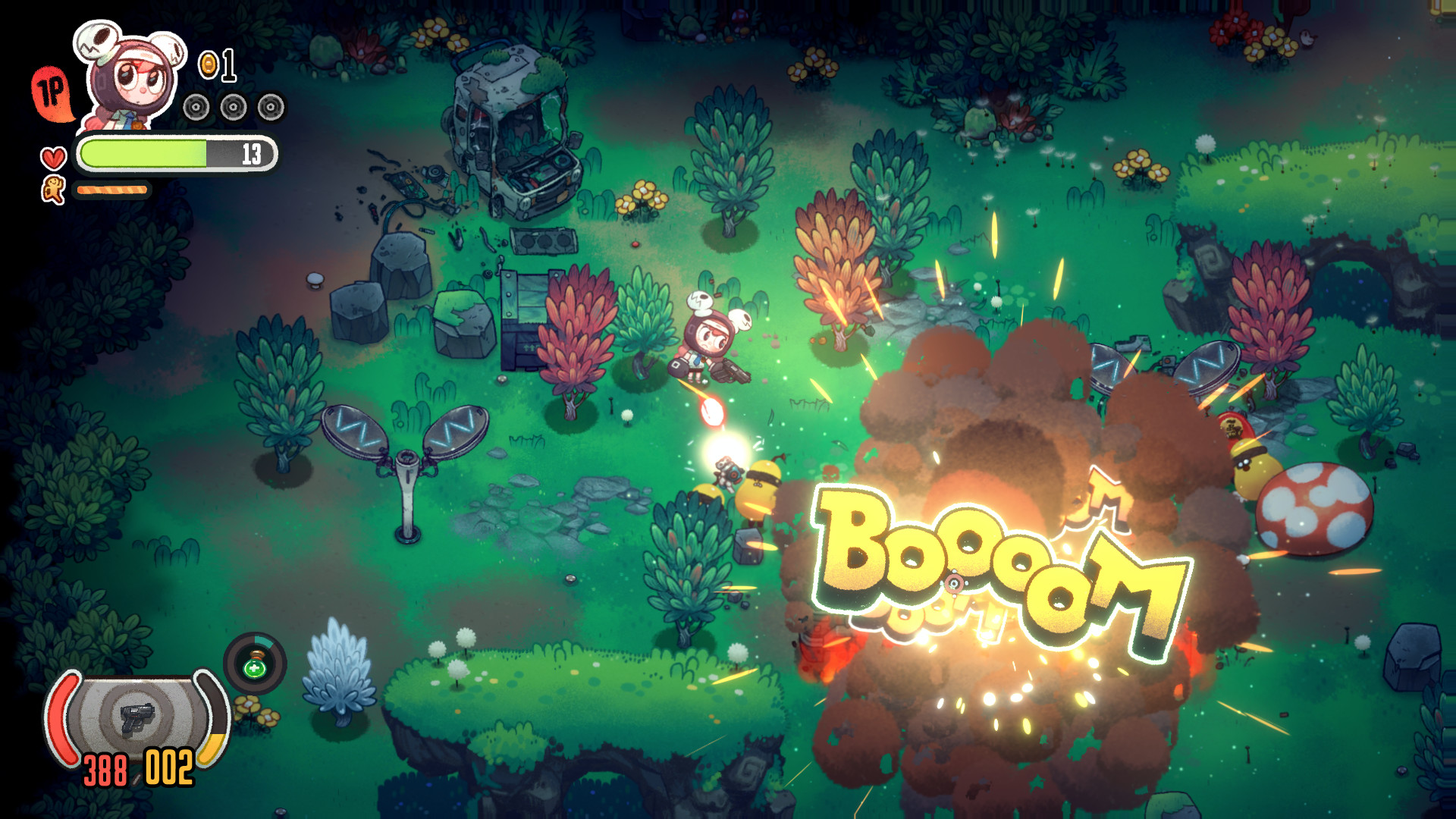 You start the game by selecting your hunter, one of four options provides you with a slight conundrum as you begin, but you’ll soon realise that the differences between the classes isn’t as great as you’d expect so pick away. The starting weapons and abilities for each class are slightly underwhelming and whilst they do provide a point of difference, they aren’t enough of a gamechanger to be significant.

My favourite was the mercenary with her sniper rifle and bobble head turret. 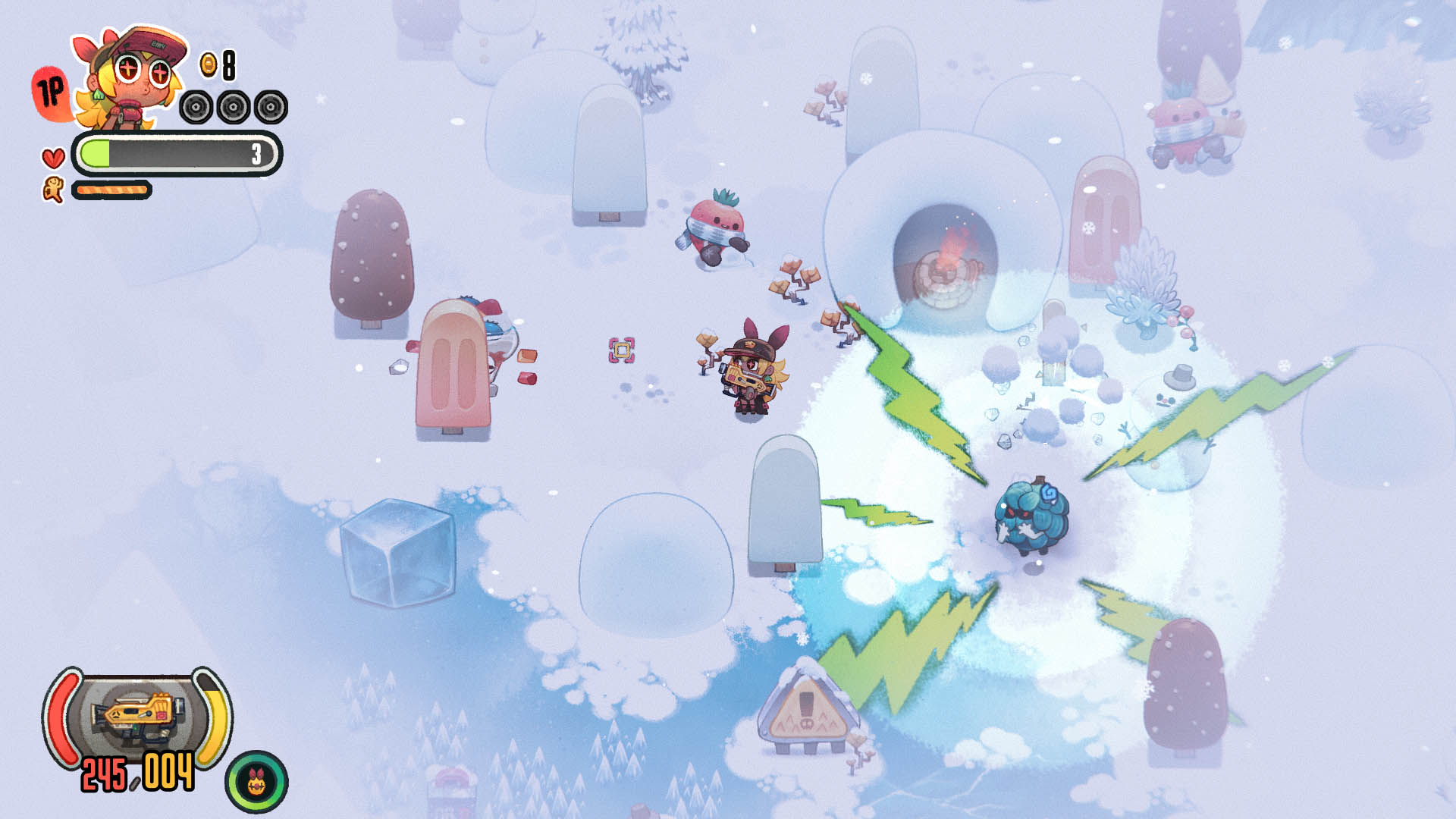 The weapon system is only divided into two categories, ranged weapons (guns) and melee weapons. Each of the ranged weapons function the same and there are no real standouts, this goes for the melee weapons as well. You can carry two weapons at once and its up to you if you run two guns, two melee weapons or mix and match. As you progress you will pick up new weapons through drops or you can purchase a select few from a vendor.

A word of warning, melee weapons can be fun BUT there are very few health potion drops so you need to be careful when hacking and slashing your way through the local flora infestation. 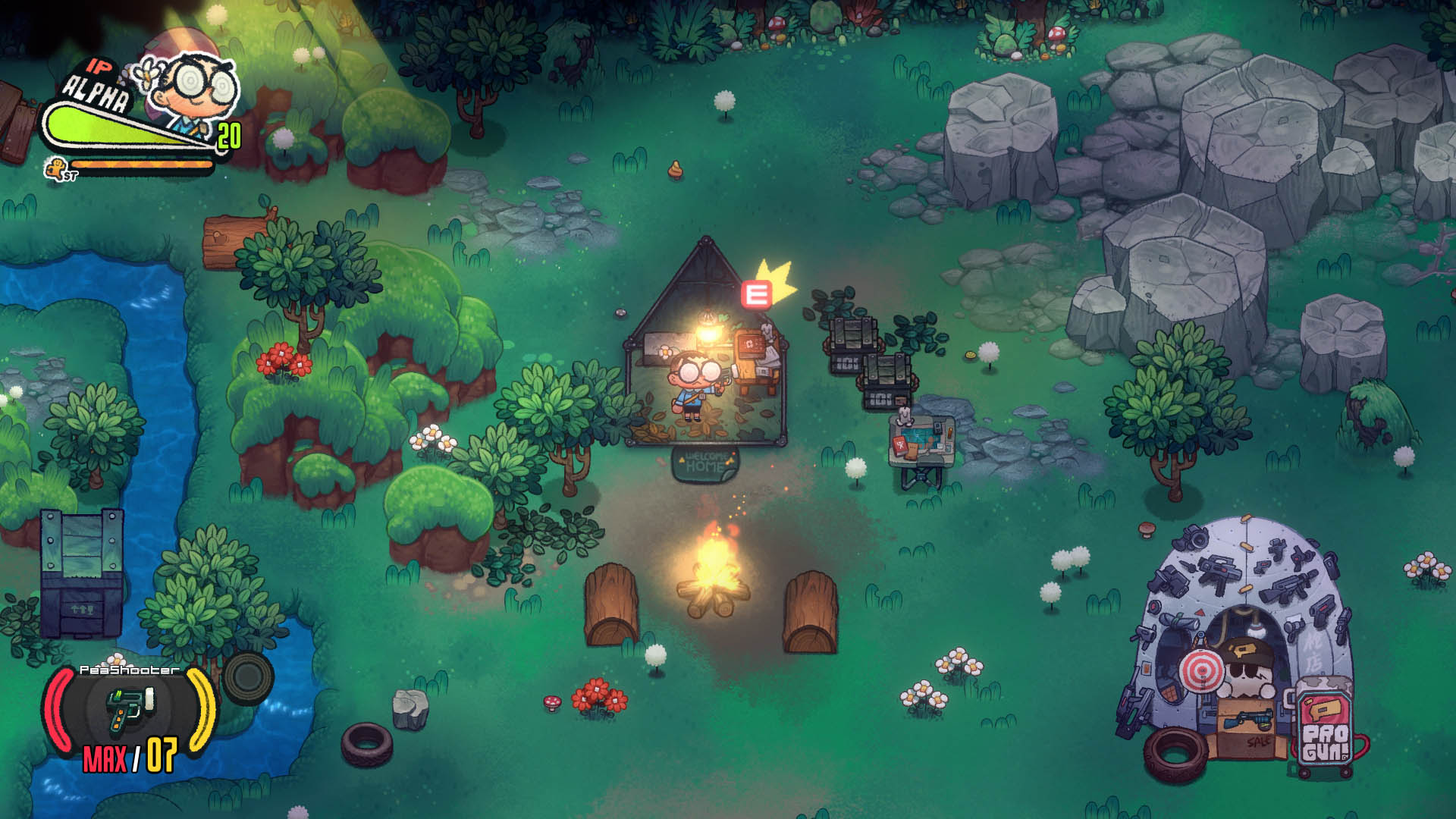 I was disappointed in the lack of variety that the weapons provided with the melee weapons being a particular pain point. There is some satisfaction in hitting a blueberry horde with a stick covered in berries or a baguette but not enough incentive to risk the potential health loss.

There is no disputing how visually stunning this game and the art design will have you checking every intricate detail as you find more and more to appreciate in this game. Each ‘minor’ stage is procedurally generated which removes some of the monotony as you repeat each area, although it still feels too similar to be noticeable.

The boss fights are unique (and a little punishing if you don’t pick up the mechanics quickly, especially on hard) and the game could benefit from utilising some of the same mechanics and bosses in the stages leading up to the final area fight. 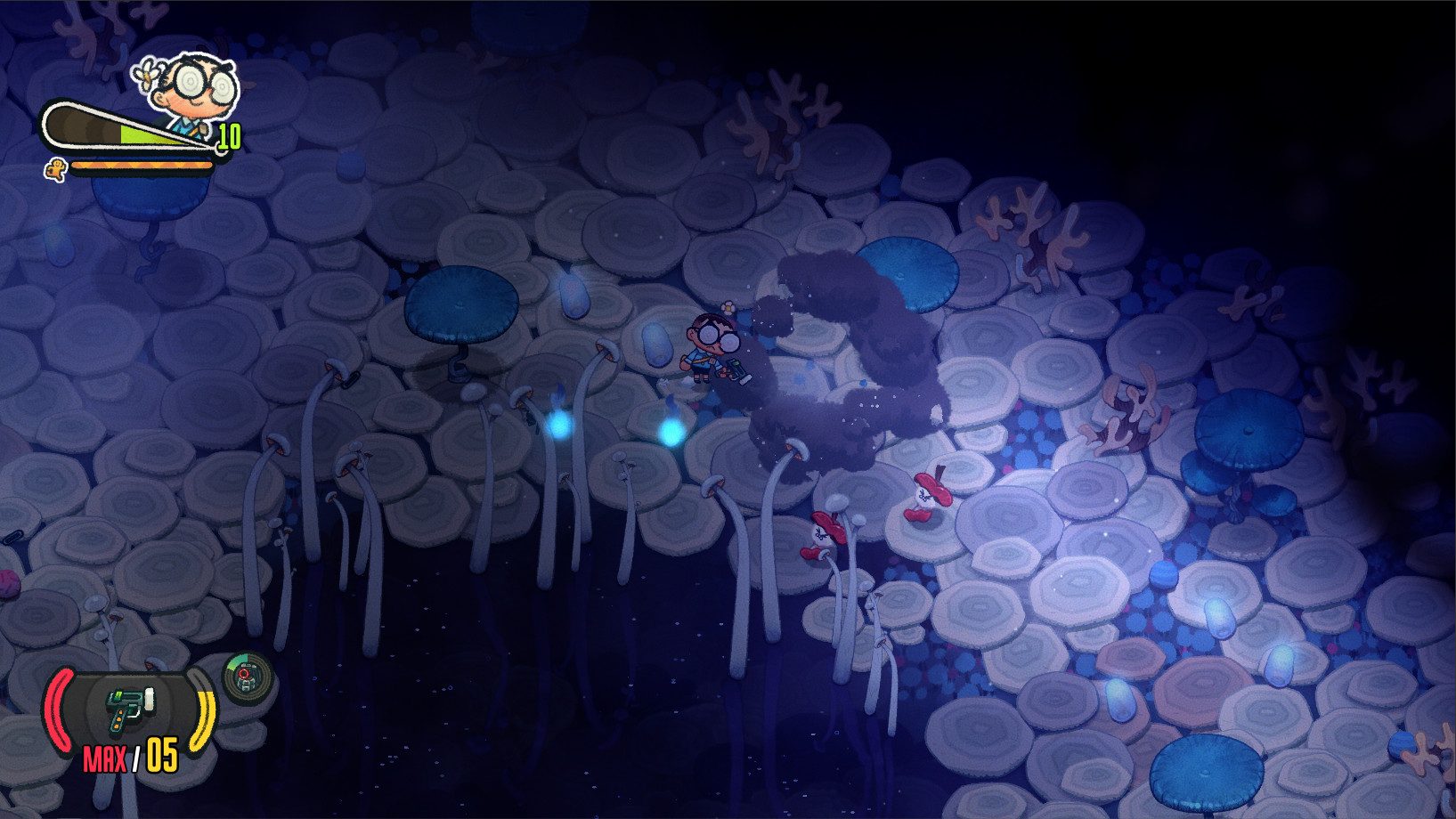 The game doesn’t have any save points so death is permanent.

This is my biggest concern for the long term future of the game. You don’t get to learn from your mistakes immediately and have to grind your way back through all previous stages, gathering random weapons, and collecting coins. This is ridiculous.

I would come back to this game time and time again if I could jump back in to the same fight and have all progress remain. I could use (or be forced to use) different hunters to overcome the bosses but alas this is not how it works. 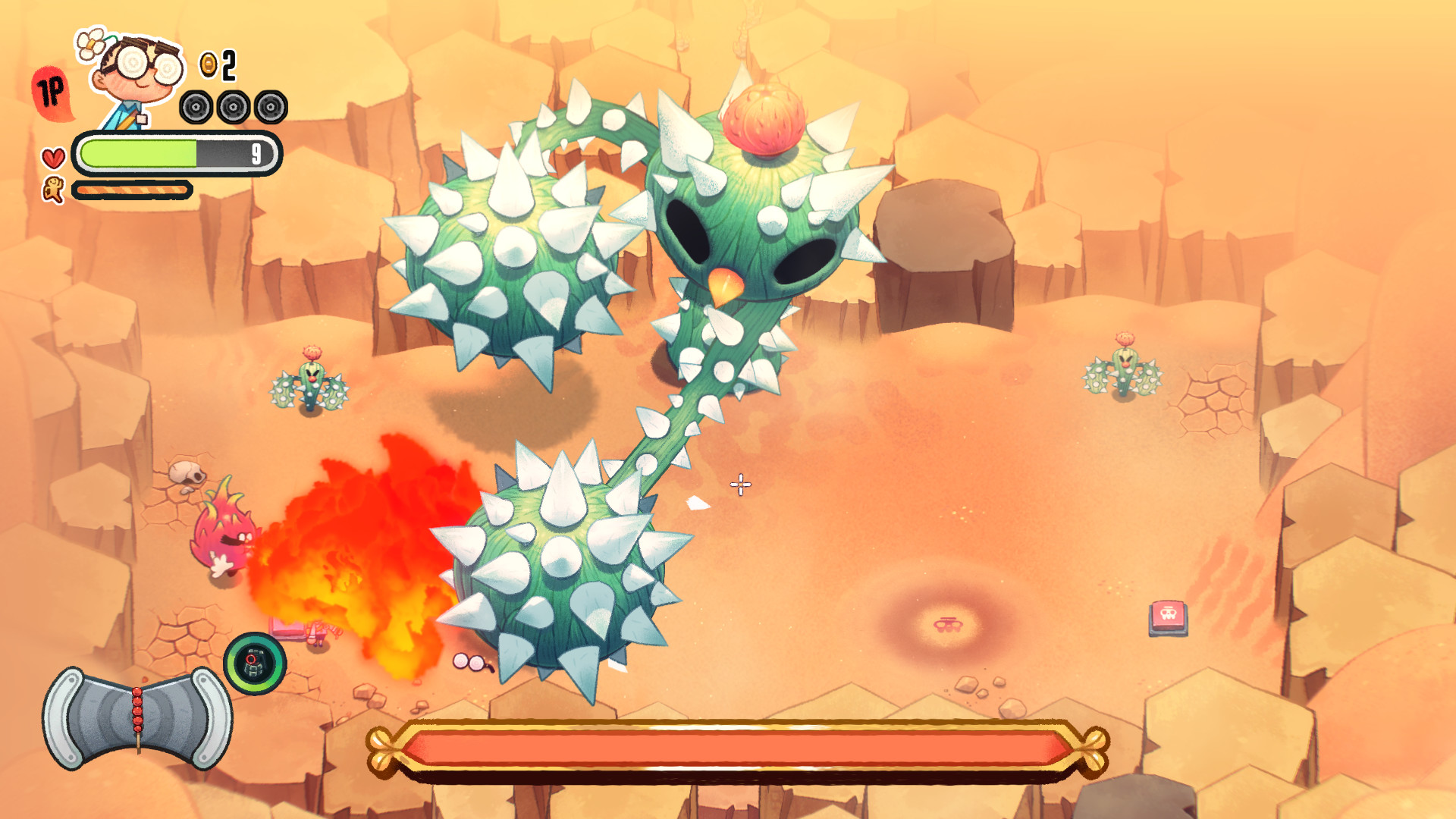 I liked this game and especially the potential for the future and I’m sure if SpaceCan Games implemented a few minor tweaks, Juicy Realm would force itself into my regular rotation of games.