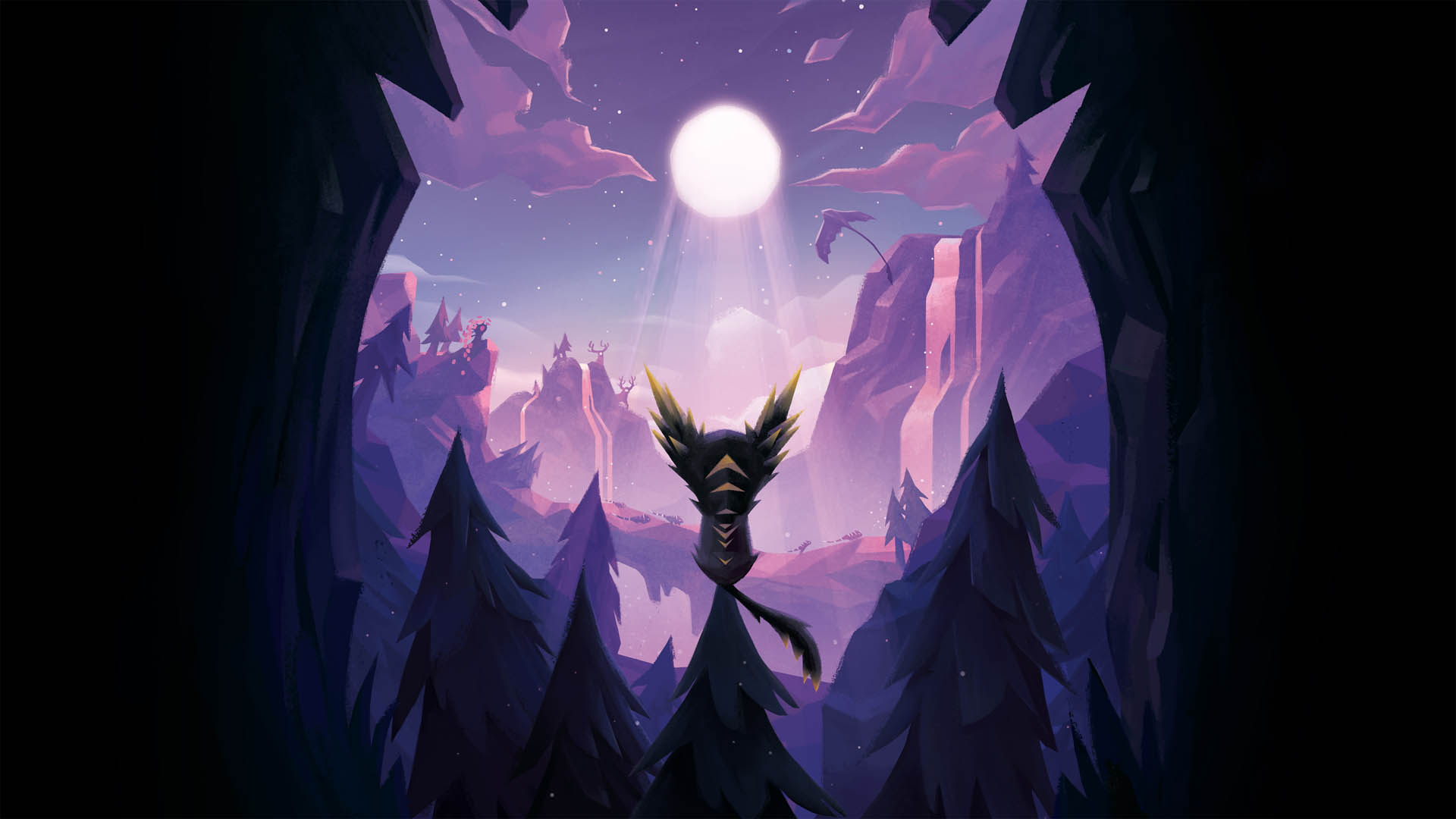 What do you get when you put together gorgeous artwork, a mysterious story, and the cutest video game protagonist in a long time?

The answer is Fe, a 3D platformer-exploration game from developer Zoink, published as the first EA Original. This label is for a series of games that are a bit more experimental and indie than what you’d expect from the publishing giant, and EA have once again gone with a new Swedish developer after the success of Unravel a few years ago.

And Fe (pronounced fee-uh, or fe or fea depending who you ask) was a fantastic choice. You follow a young fennec fox type of animal around a graphically stunning world trying to work out what’s happening to the forest that is your home. The narrative is entirely devoid of dialogue, and focuses instead the chirps, bellows and calls from the forest’s inhabitants. It’s a unique choice that feels right at home with the rest of the game’s mechanics. 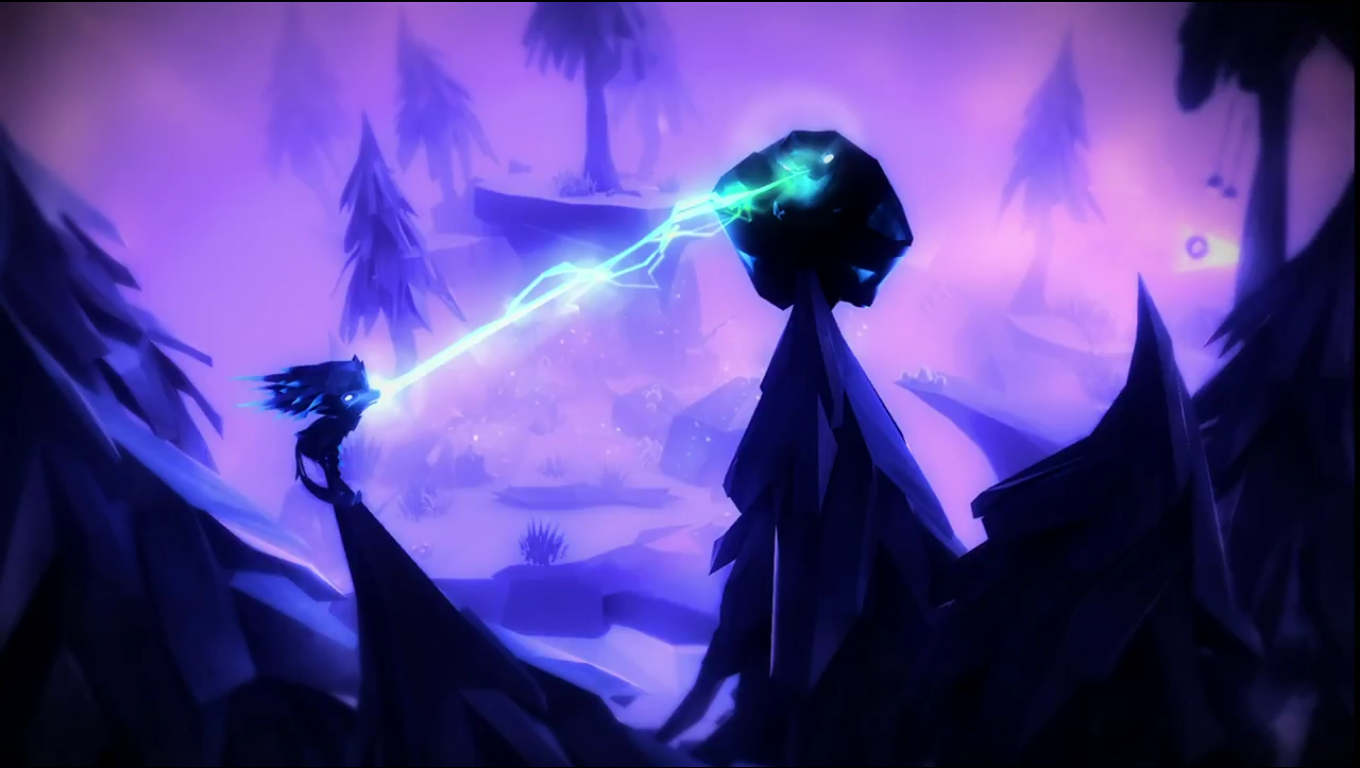 As you explore the world you’ll come across a number of different animals, from lizards to deer to birds. Help them, and you’ll learn to talk to them. I love the super-cute way that you gain new levels. You are your animal friend stand face-to-face and sing to one another.

Hold down the right trigger at just the right angle and you’ll bring your powers together. This lets you sing their song and activate different parts of the world, such as flowers that blow you upwards or jumping on the back of a bird for a quick flight. It may be a bit difficult at times, and I’m not sure how it works on the Nintendo Switch which doesn’t have analog triggers, but it’s a genuinely new technique that feels soulful, and emotional. 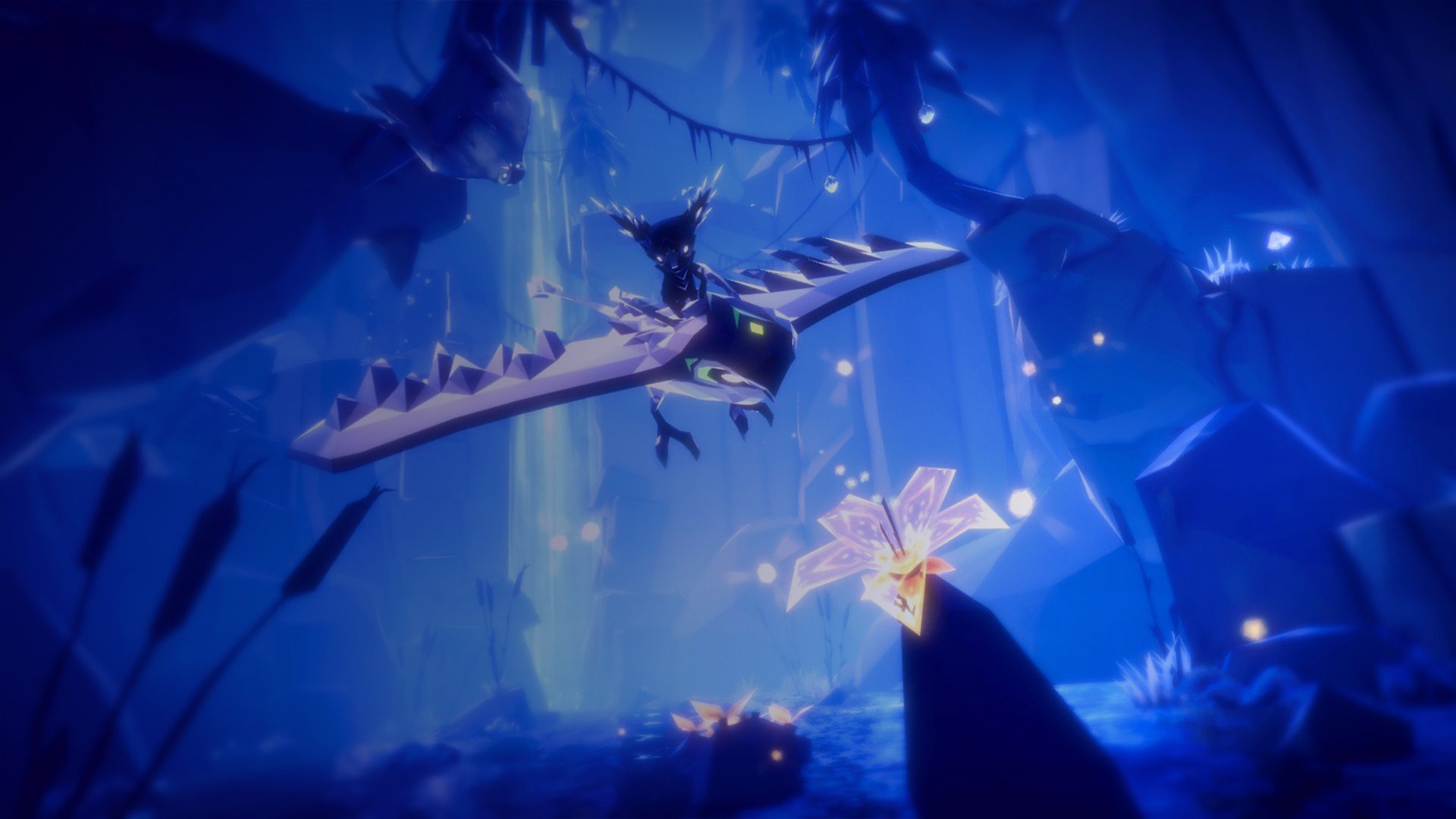 But to get to these animal friends you must contend with what are the more normal parts of Fe, the traditional 3D platformer sections. Compared to the other innovative parts of the game these feel slightly rote. They’re not bad per se but don’t really stand out in any particular way. The controls can be a bit finicky, and as a result you can lose progress in a way that doesn’t quite feel fair. But there’s no punishment for dying and checkpoints are close together, so this wasn’t too much of an issue.

By collecting pink shards, you unlock abilities to glide, climb trees, run faster and more. Some of these upgrades feel essential, while other are niceties that improve your ability to get around, and I think will be of particular interest to those looking to find every in game collectible. 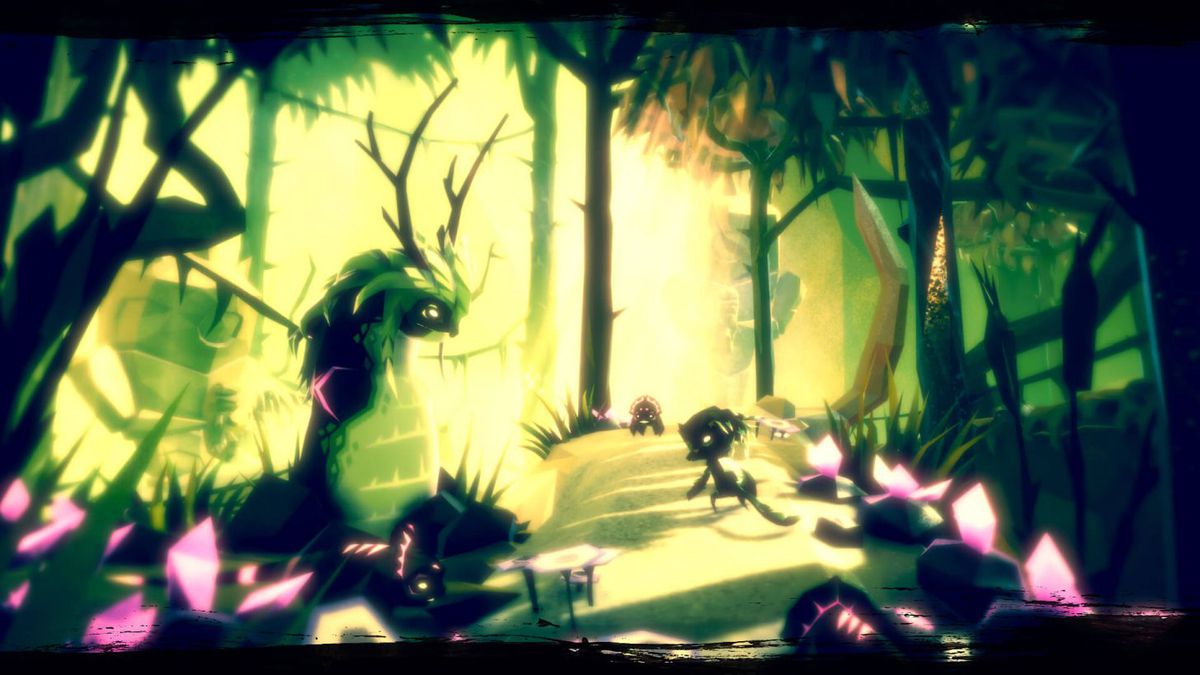 Levels are fairly linear, though there are opportunities to go one way or the other. Ultimately though, this is a defined experience, and you’ll be following the exact path the developers have sent you through. And this is a narrative experience that doesn’t feel empty or, frankly, boring as some of the games in this genre do. While it can at times be a little vague, and even at the end I wasn’t completely sure what had happened, it built up to a satisfying ending that kept me intrigued right up until the credits. It’s not a long game, but I feel that any longer would have meant the game outstayed its welcome.

This game, Fe, deserved to be supported not just for what developer Zoink have achieved here but as a strong example for what they are capable of. I hope that EA continues to invest in this company so they can refine their craft on even better titles to come. As it stands, Fe is an interesting, beautiful game with more mechanical innovation that the last few Assassin’s Creed titles combined.

It’s a quiet, noble experience that gives you a glimpse into what it might be like to be a lone explorer, walking amongst the Swedish woods.