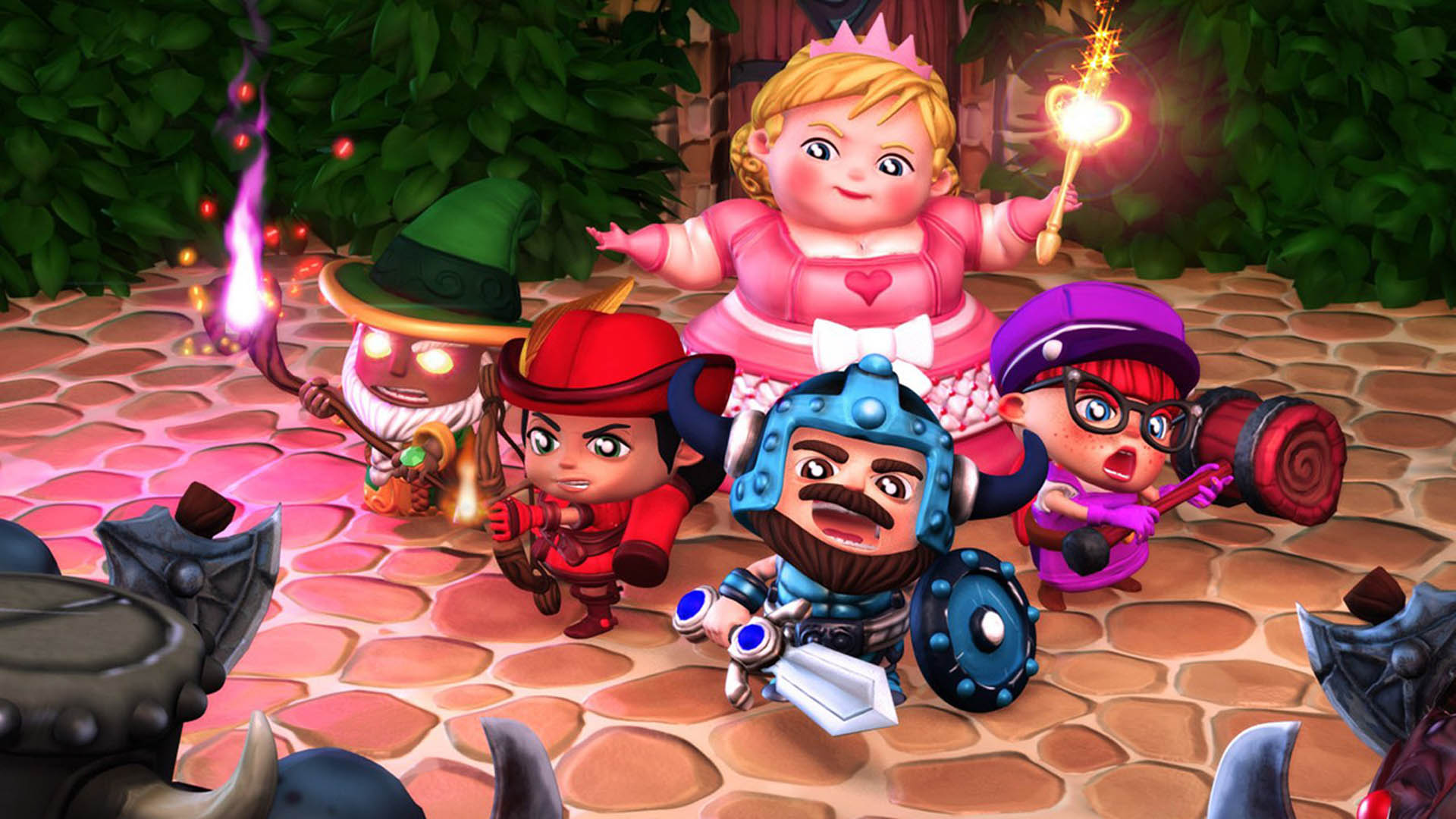 As a first timer to the Fun Bit gaming world, I found myself wondering why I had never come across this world, characters and story of the sorts before. The cartoon-like graphics and light-hearted atmosphere were a fitting balance alongside the witty and sarcastic dialogue from the characters.

The role of the narrator was by far a stand out performance and was frequently there to help tell the story in dramatic fashion or to mock you for your ‘silly’ mistakes: “Be careful. You may die now”. One of my favourite narrator moments oddly came when I had the game paused in the menu whilst I looked down at my phone to make a few notes about the game. In the silence, a voice suddenly called out to me: “Put down your phone and get back to the game!”. I couldn’t help but laugh out loud at the breaking of the fourth wall and the brilliant coincidence. Moments like these established Fat Princess Adventures’ aesthetic and overall attitude to producing a delightful and ‘loose-yourself’ type game. 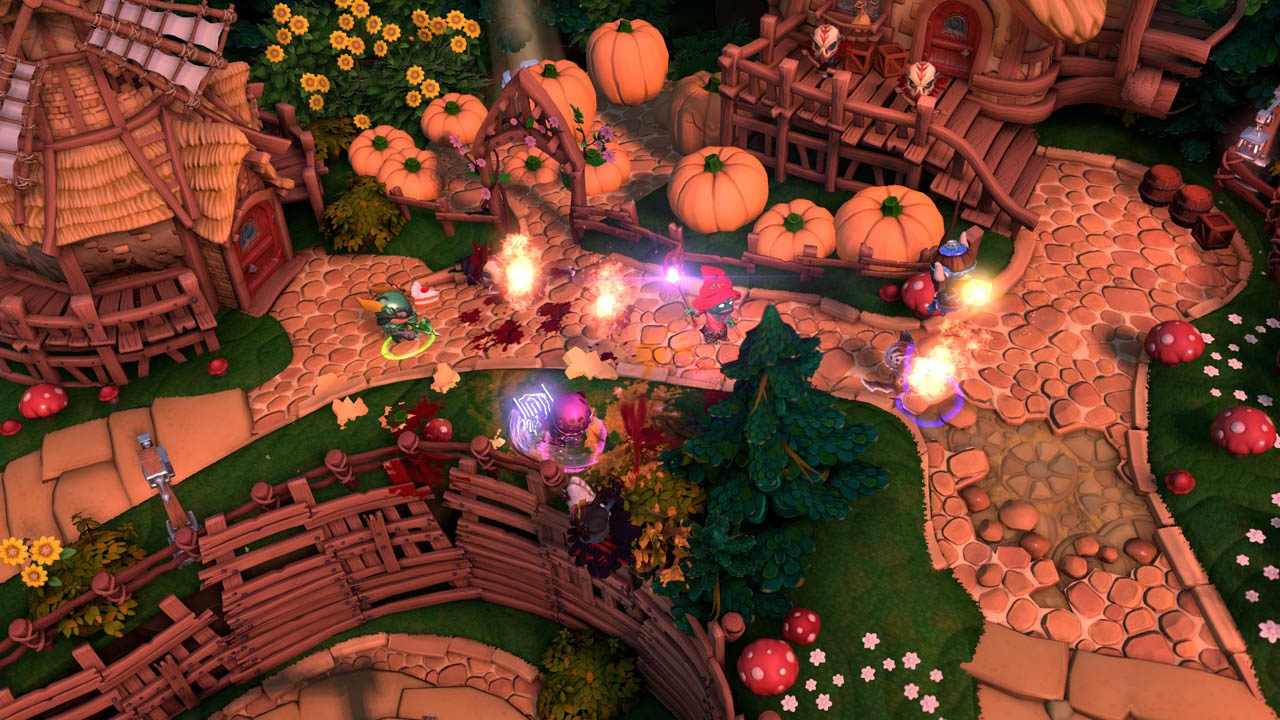 The visual of Fat Princess Adventures was ever-pleasing to the eye on the PlayStation 4 with its clear and colourful graphics. The controls were also very simple and easy to understand thanks to the instructions from the narrator. The consumption of cake to regain health will always be a fan favourite I predict.

Whether you want to be a mage, warrior, archer or engineer, Fat Princess Adventures allows you to be all of them or just one if it takes you fancy. Every checkpoint automatically saves you game and quickly allows you to switch between each class through the changing of hats. Each class came with their own tactical perks. 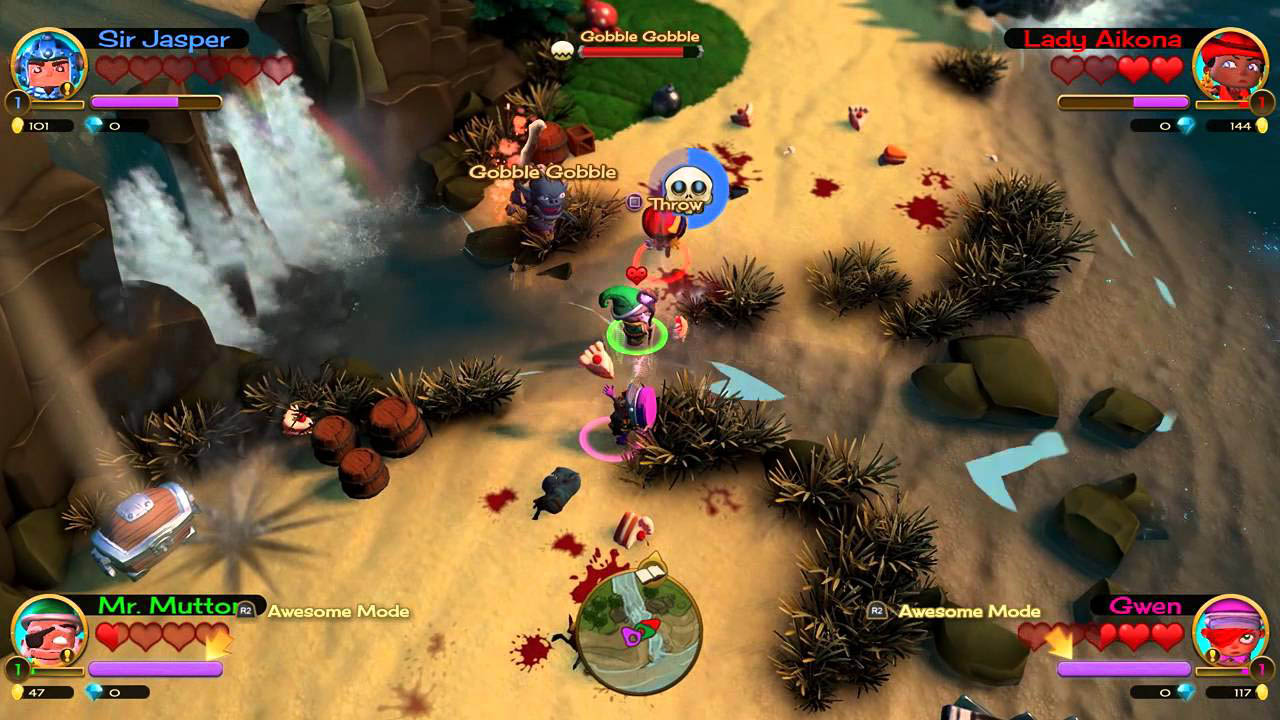 At times I found myself wanting to bash things as a warrior or engineer in close quarters, other times I wanted to rapidly shoot arrows as an archer or fireballs as a mage. This character freedom was a bit jarring at first, purely based off the gathering of loot for all four classes, but I soon got used to it thanks to the automatic inventory sorting for each class.

One of my few frustrations came in the form of boss fights. Boss fights are usually frustrating to anyone and everyone but for some reason one of the boss fights in Fat Princess Adventures really got to me. 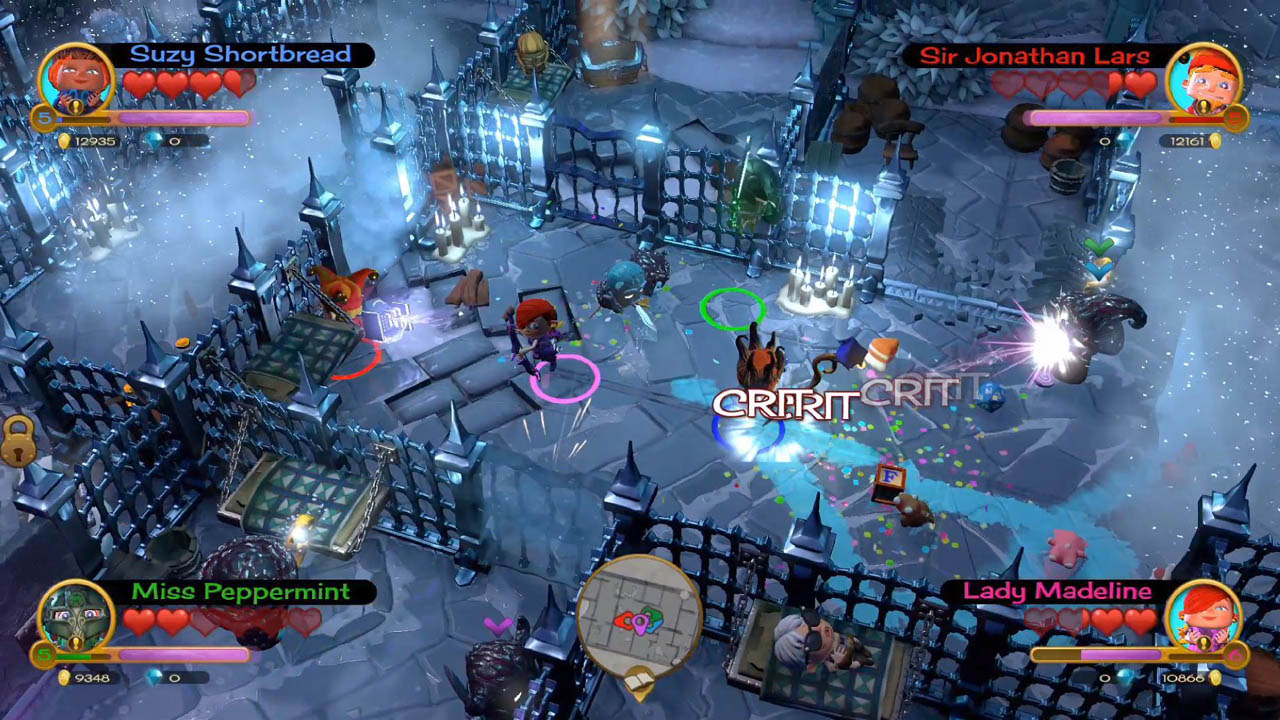 I came to the conclusion that the easiest way to complete the boss fight would be with a group of friends/other players because the only way to defeat the boss was through strategy and timing of which I just couldn’t get the knack of on my own. I found myself running all over the place and resembling a small fish in a pool of infested sharks.

There was no escape and no one to help me. I couldn’t help but think that the boss fight was made to be completed with a group of people. Since I was playing the game on my own, I didn’t have this option. 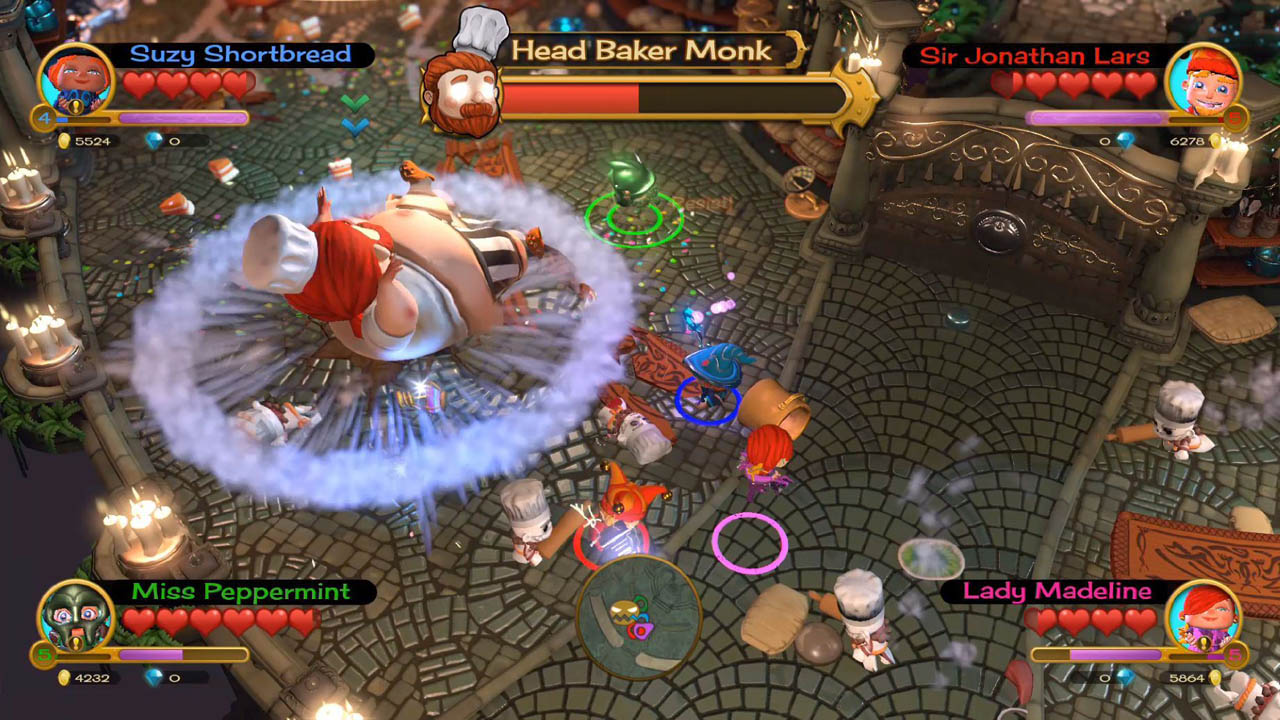 At the end of the day, video games are made to be entertaining or a fun way to lose oneself in another world. This world may or may not necessarily make sense (wouldn’t it be nice to constantly consume cake for the benefit of one’s health?!) but that’s okay. If you’re looking for a game that plays off clichés and will often mock you for your actions, than Fat Princess Adventures may be a game to your liking. Just make sure you don’t look down at your phone or I’m sure you’ll be told off for it.