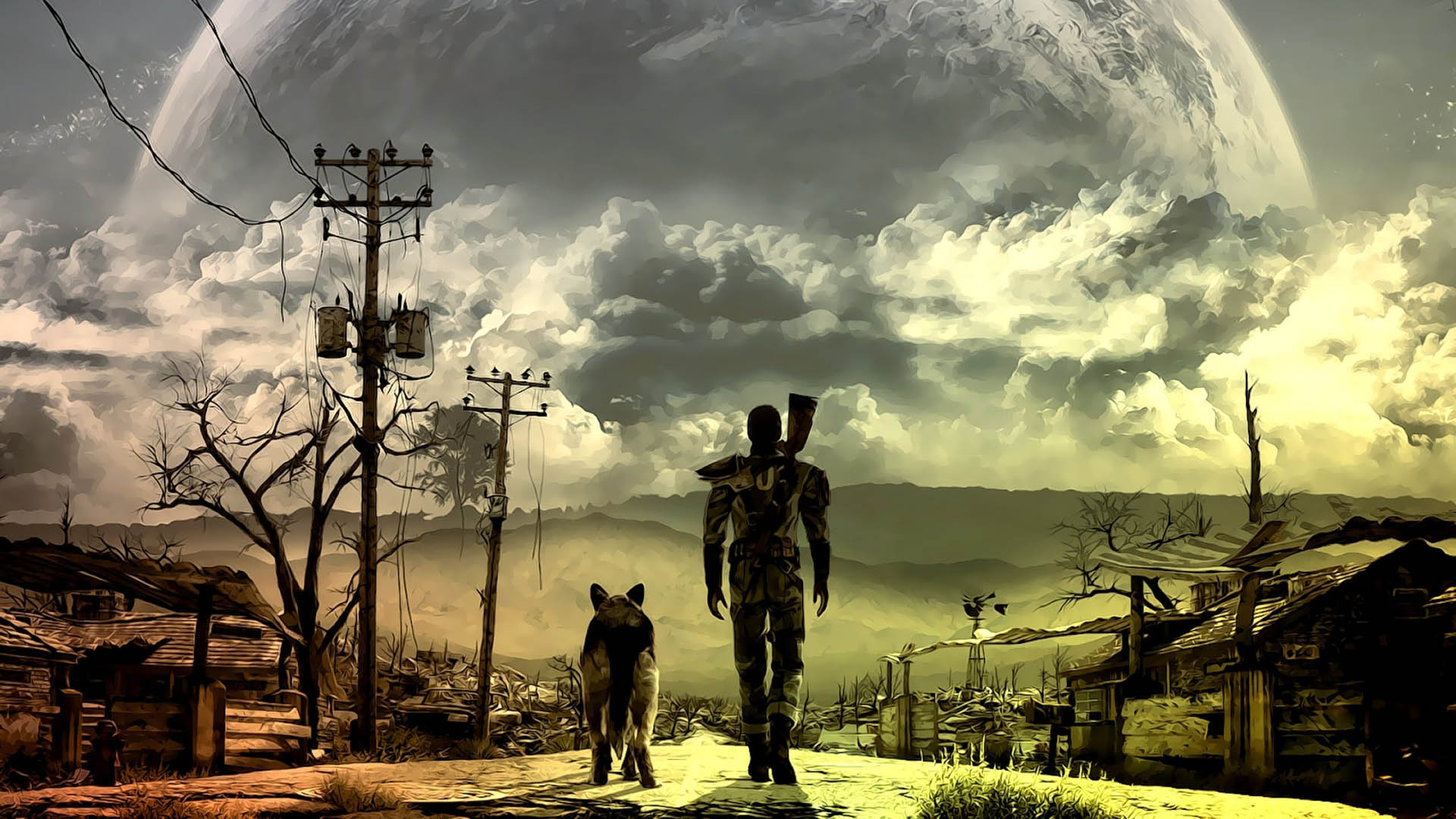 It’s hard to describe what Fallout 4, even unreleased, means to many people. This is the type of game that people plan to call in sick for, to allow gamers to spend hundreds of hours roaming the wasteland, seeking out all the hidden treasures that Bethesda can secrete away.

Fallout 4’s predecessor, Fallout 3, was a gigantic change for the series, taking a Mario 64 level leap from an isometric game to an immersive 3D environment. For me, like many, many other people its expertly-crafted world drew me in and made me want to explore every nook and cranny of capital area. But like all good things it came to an end. Fallout: New Vegas, made by Obsidian entertainment was an interesting addition to the universe, and proved that Fallout 3 was not an accident. 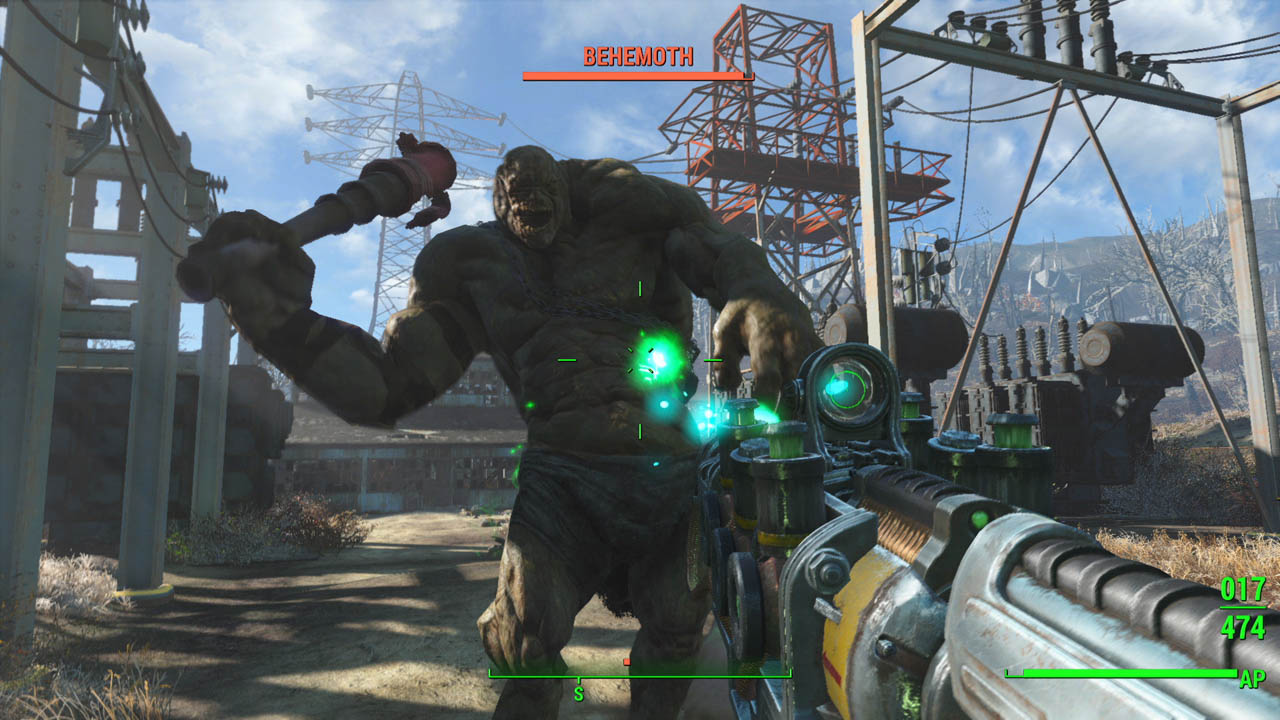 For those still left wanting more, Fallout 4 is just your ticket. A juggernaut, an  overwhelmingly expansive addition to the franchise that takes everything you like about the series, and adds more and more to keep you invested.

I’ll try to be as spoiler-free as possible from here on out.

The Fallout 4 summary can be summed up in the first hour of the game, which is pure fan service. In a sense, it’s everything you ever wanted from the Fallout series; a look at pre-war America, a nefarious plot which you must solve and a fight culminating with you in full power armour raging against a Deathclaw. It should both leave the fanboys screaming in delight while serving as a useful introduction to what’s in store for players new to the series, all delivered in the franchise’s trademark black humour. 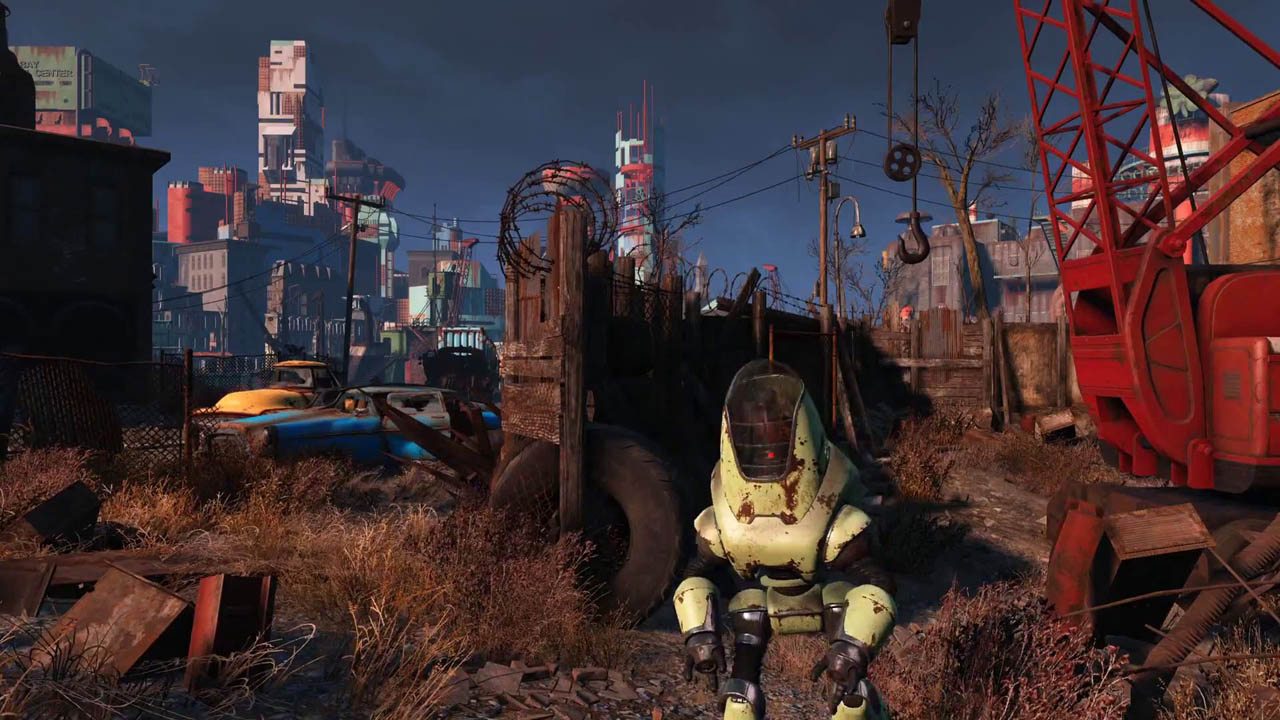 The game is almost unconsciously self-conscious. Case in point: A citizen was held up at gunpoint, accused of a crime, the security arrived, weapons already drawn. The accuser was summarily beheaded by a short from the security detail, and his body fell to the floor. Not even before his body hit the floor I was on top of him, looting his weapons and leaving him in only undergarments. His gear was sold moments later.

This may sound familiar to Fallout 3 and New Vegas players, and points to difficulty in reviewing Fallout 4 – being so similar not only in tone but in presentation to those two. Bethseda has clearly gone with the “if it ain’t broke don’t fix it” approach.

That said, there are a number of welcome additions to the game. You can play in either first person or third person modes with the simply press of a button, making it easy to find the copious amounts of loot strewn amongst the world (and see the still-janky running and turning animations). 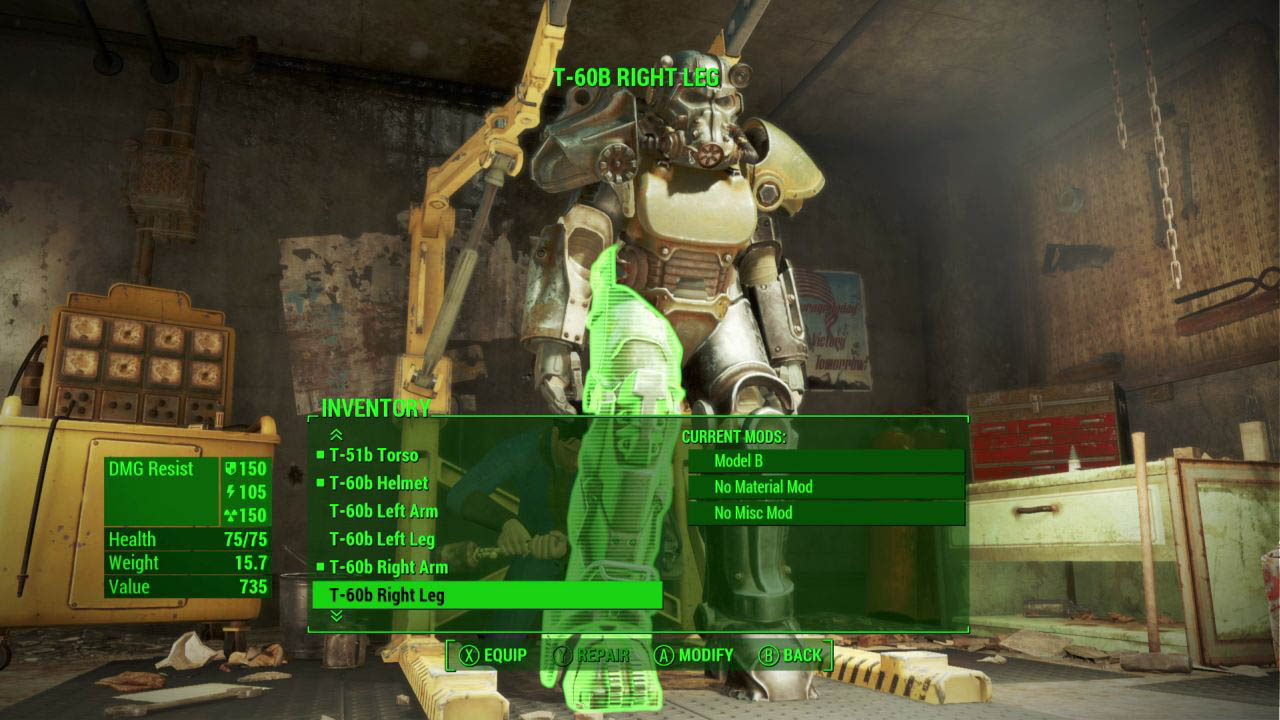 Crafting is evolved and much expanded from previous Fallout games. Fully featured workstations are spread throughout the humongous map, where you can upgrade, dismantle and otherwise modify your weapons, armour, and power armour. New to the series is putting to use your Fallout Shelter skills in developing settlements across the wasteland by building houses and outfitting them with furniture and other life necessities.

You will find materials, and items that contain those materials through a strong element of emergent gameplay. The former Boston landscape is absolutely brimming with things to find. Some are hidden deep within disintegrating factories while others are left out in the open. Needless to say you will be constantly cursing your weight limit. 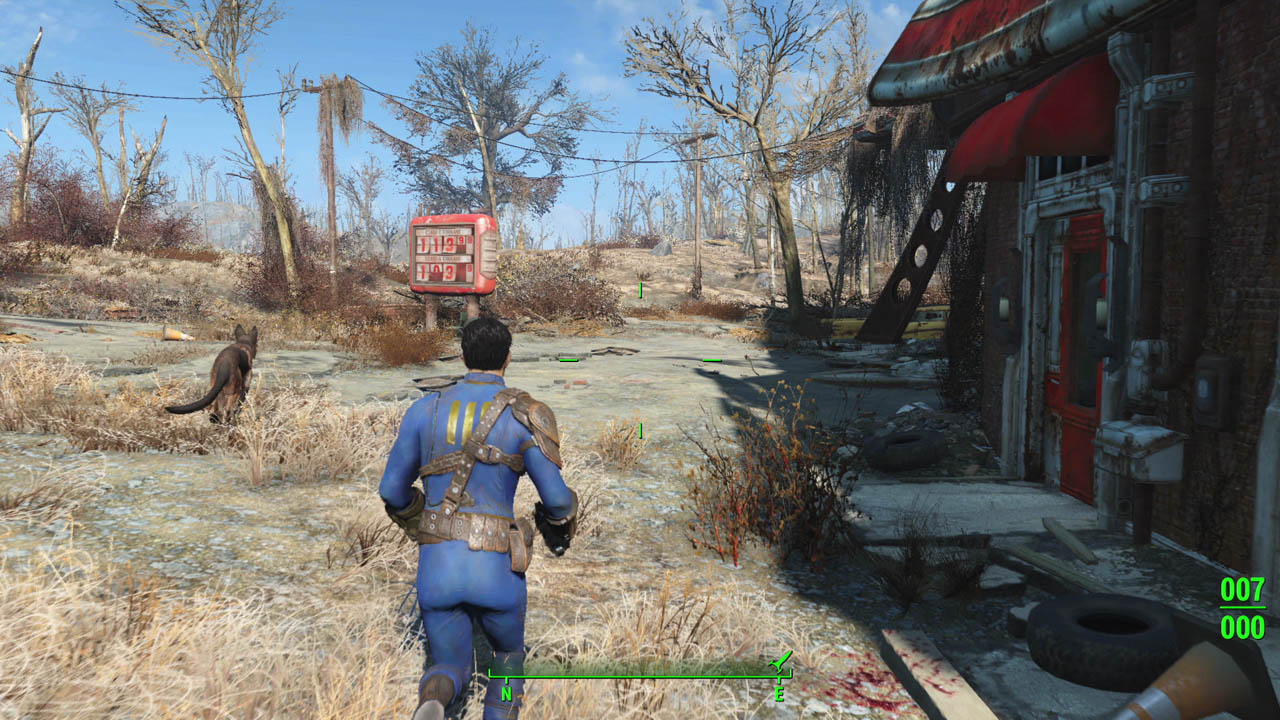 To help manage your inventory you will be able to use your smartphone (attached to a “real” pip-boy phone holder for those willing to fork out for the most expensive edition of the game) with the tie-in pipboy app, which shows you what you would otherwise see on your menu screen – which themselves are familiar to Fallout 3. It’s a nice, though ultimately unnecessary addition to the game, especially as you can’t check it without the game active, a la Destiny.

In a minor revolution for console owners, mods coming to both major consoles. With a reputation as modder-friendly, the expansion of what was once for PC’s gaming’s luxuries to the consoles signals a shift in what’s possible on those platforms.

It’s great to see a major title like Fallout 4 leading the charge in this area.

Dialogue options are disappointingly limited to four choices, mapped to the controller buttons. There’s a new dialogue presentation style, focussing on the character speaking. The dialogue choices are limited though, which was was for me was welcome, though it frustratingly has taken some cues from The Witcher 3 in that what you select may not be what you actually meant to say. It also highlights the awful lip syncing, which is so unrealistic as to be distracting. 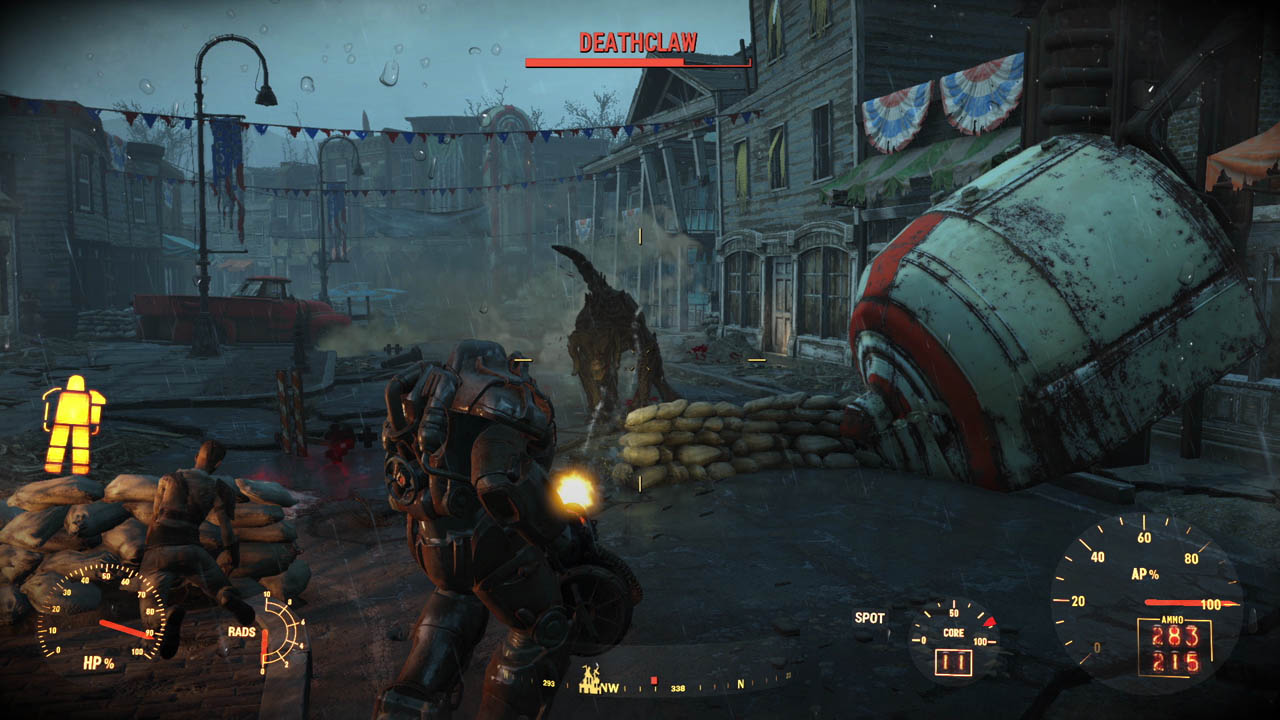 Which brings me to the graphics.

Fallout 4 unfortunately doesn’t look like a current generation game, even on ultra textures on PC. The Commonwealth wasteland has however put in a refreshing coat of paint, with brighter skies and a more diverse colour palette in environmental objects and textures. In comparison to the drab greys of Fallout 3 and New Vegas, Boston sparkles, even if not as gloriously as we had hoped.

For me, I was able to maintain 1080p/60FPS fairly consistently on a mid-range gaming PC. Frame rate drops do happen though, especially in some of the towns. There are also early reports that the console versions struggle in some areas.

Sprinting also almost a guarantee to crash the game – a texture streaming bug I think. I was playing without the day-one patch though, so performance may change with future updates. 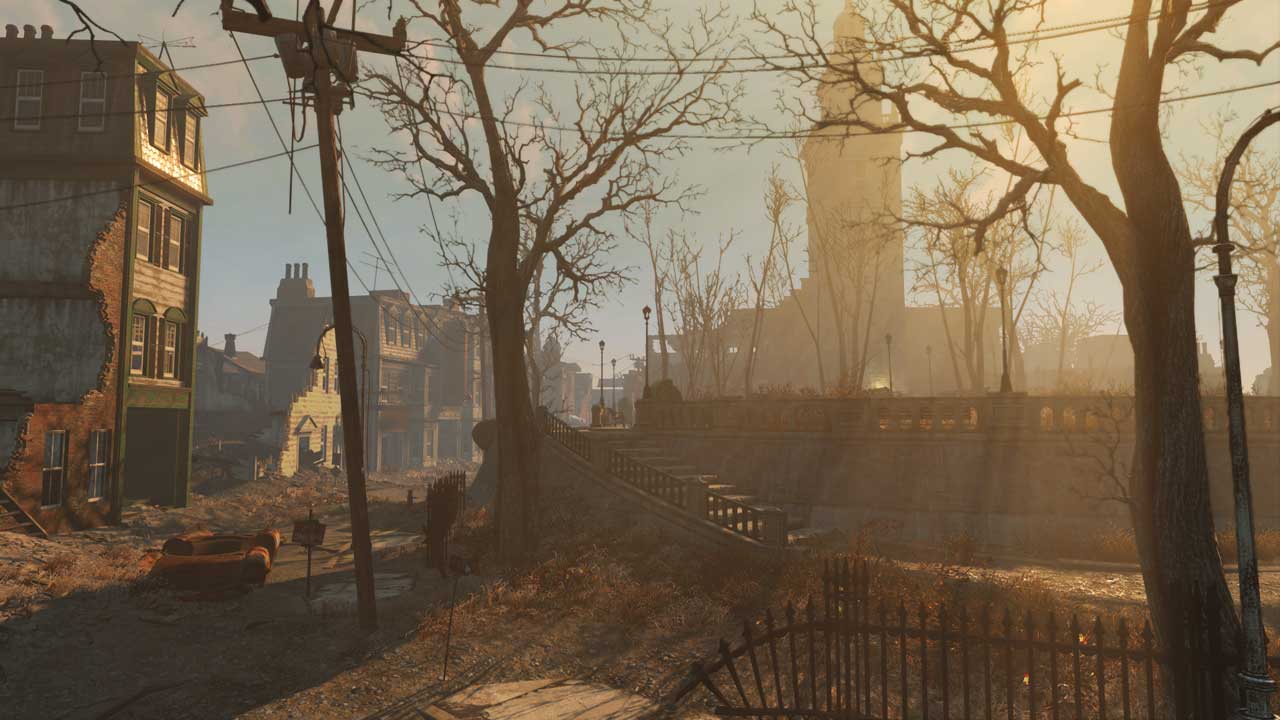 There were many other bugs in my time in the Boston area. One in particular occurred when you had dispatched some enemies in a certain area, loaded in another area and then returned. The game engine attempted to place the objects back by dropping them from a height, leading to regular cascades of limbs and cadavers.

There is so much more to talk about; the Wasteland is huge and I have explored only a small part of it. There are many quality of life improvements over both Fallout: New Vegas and Fallout 3 in almost every area of the game that make the game easier to play and keep you up well past a reasonable bedtime.

In the end Fallout 4 is not the revolution that Fallout 3 was, but it is evolutionary in a way that is like a new set of sheets on your bed. Fresh, comforting and better than what came before. Fallout 4 has delivered exactly what fans expect, and there’s nothing wrong with that.