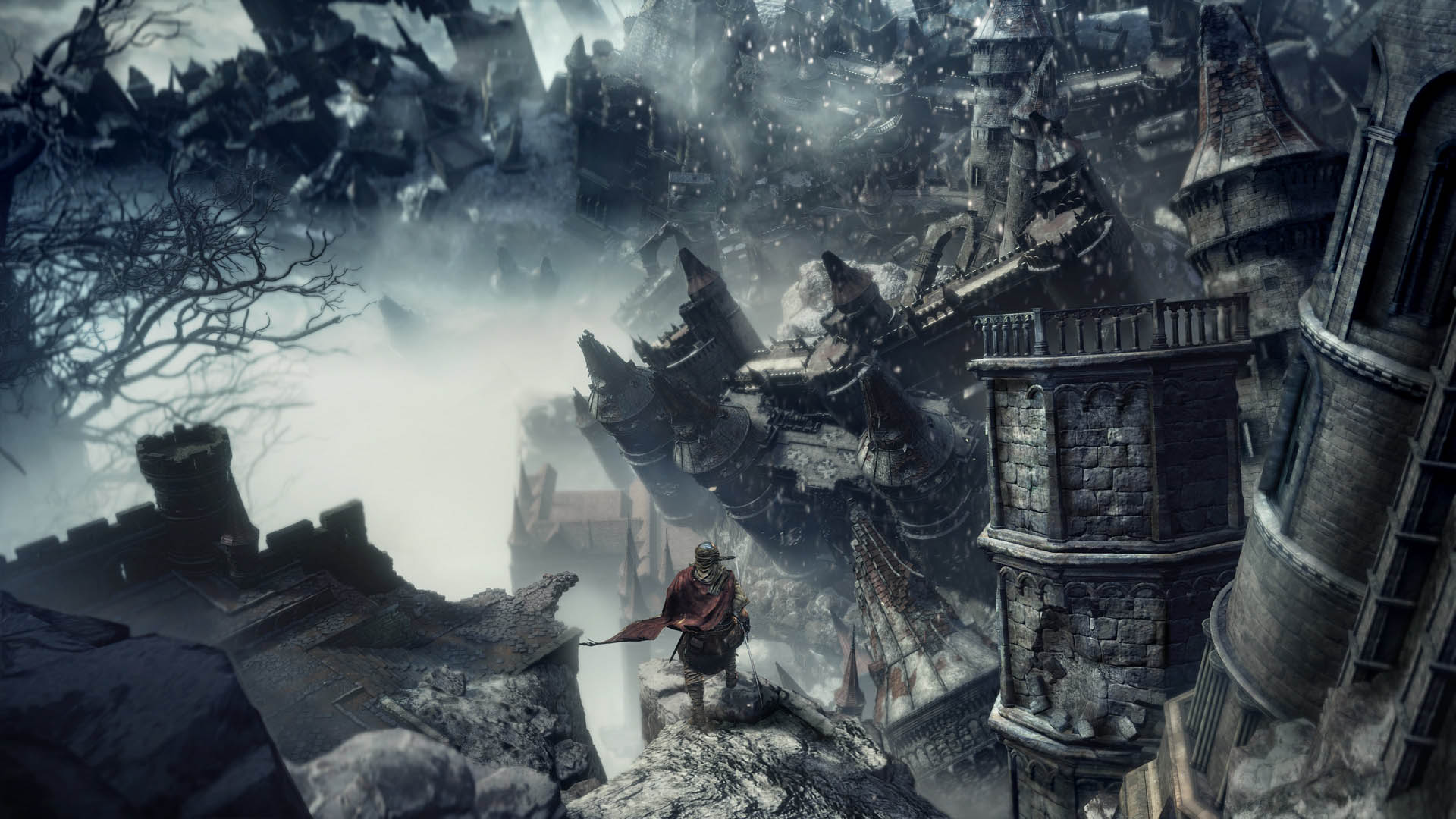 Dark Souls is finally over.

The second piece of DLC for Dark Souls III marks the end of a long journey that has spanned two console generations, four games (excluding Bloodborne) and millions of dedicated players. The Souls series has spawned its own genre, with many attempting to take the crown from Fromsoft, or, at least, bask in its shadow.

But now the progenitor of them all has decided it is time for the final curtain call. The Ringed City DLC is the last piece of Dark Souls content, at least in its current form, and what a send-off it is. After the good-but-not-great Ashes of Ariandel, Souls fans were anxious that the series might just go out on a whimper, but The Ringed City is a spectacular return to form, addressing nearly all the complaints about the first DLC. It makes its mark not only on Dark Souls III, but the series as a whole. It is perhaps, the single best content drop of any Souls game. 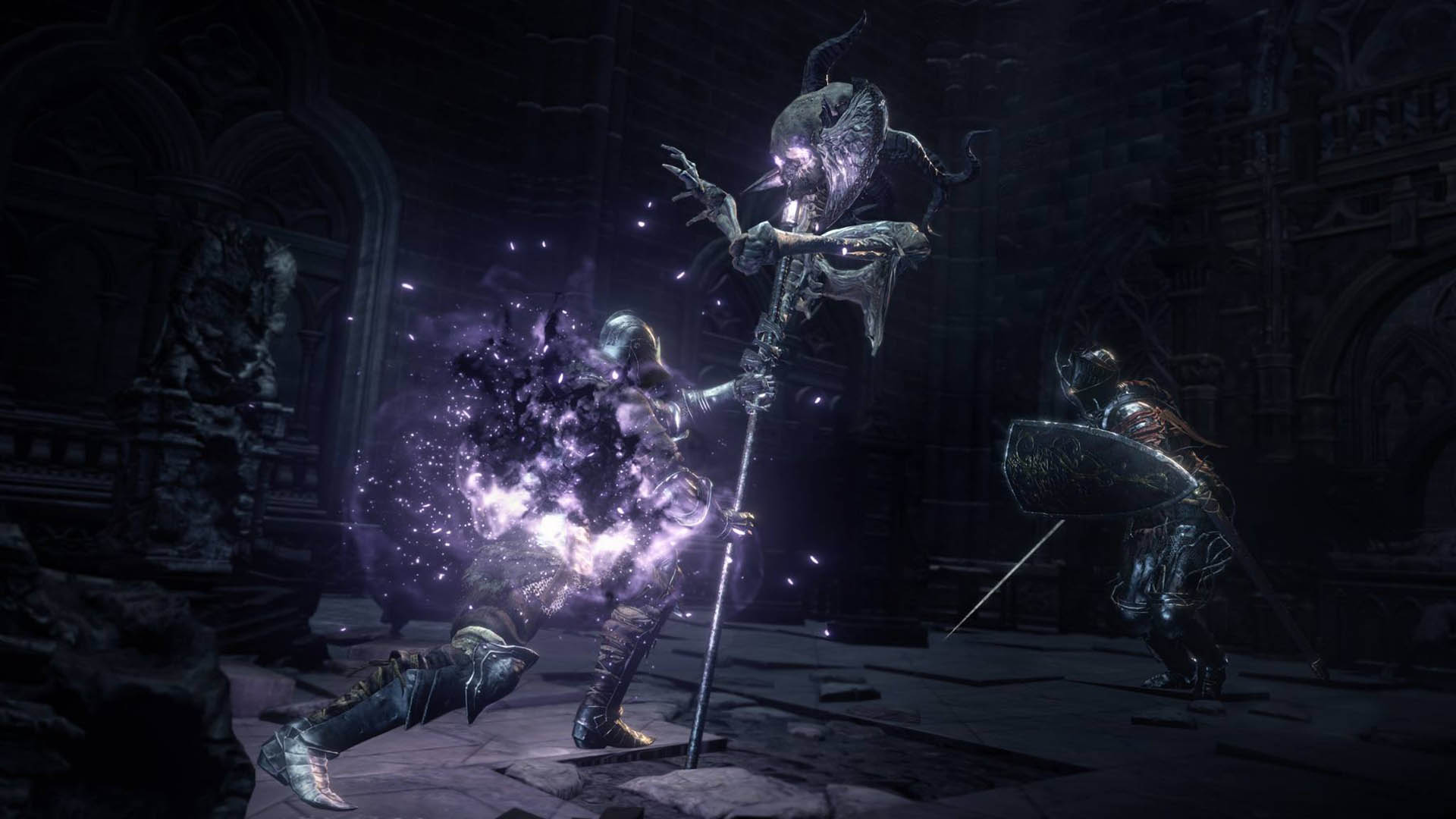 What it is not, is a good entry point for new players. In fact, it’s almost impossible for it to be. You can only access the DLC from two very late-game bonfires, and the recommended level is even higher than Ashes of Ariandel. The Ringed City is undoubtedly for experienced players, those who know the ins and outs of lead director Hidetaka Miyazaki’s creations, and his very mind. Because to fully understand what FromSoft have done with this DLC requires the slow accumulation of knowledge about not only level and enemy design, but how mechanics, lore and design have come together to define Miyazaki’s opus’ unique and quirky design.

The first area in the DLC is the epitome of this synchronicity. Called The Dreg Heap, it’s a tumbled down veritable bubble and squeak of broken, yet still recognisable, areas from across the Souls games (yes, Dark Souls 2 included). It’s Miyazaki throwing everything he has left at us, as always expecting us to fail, and with perseverance, overcome. 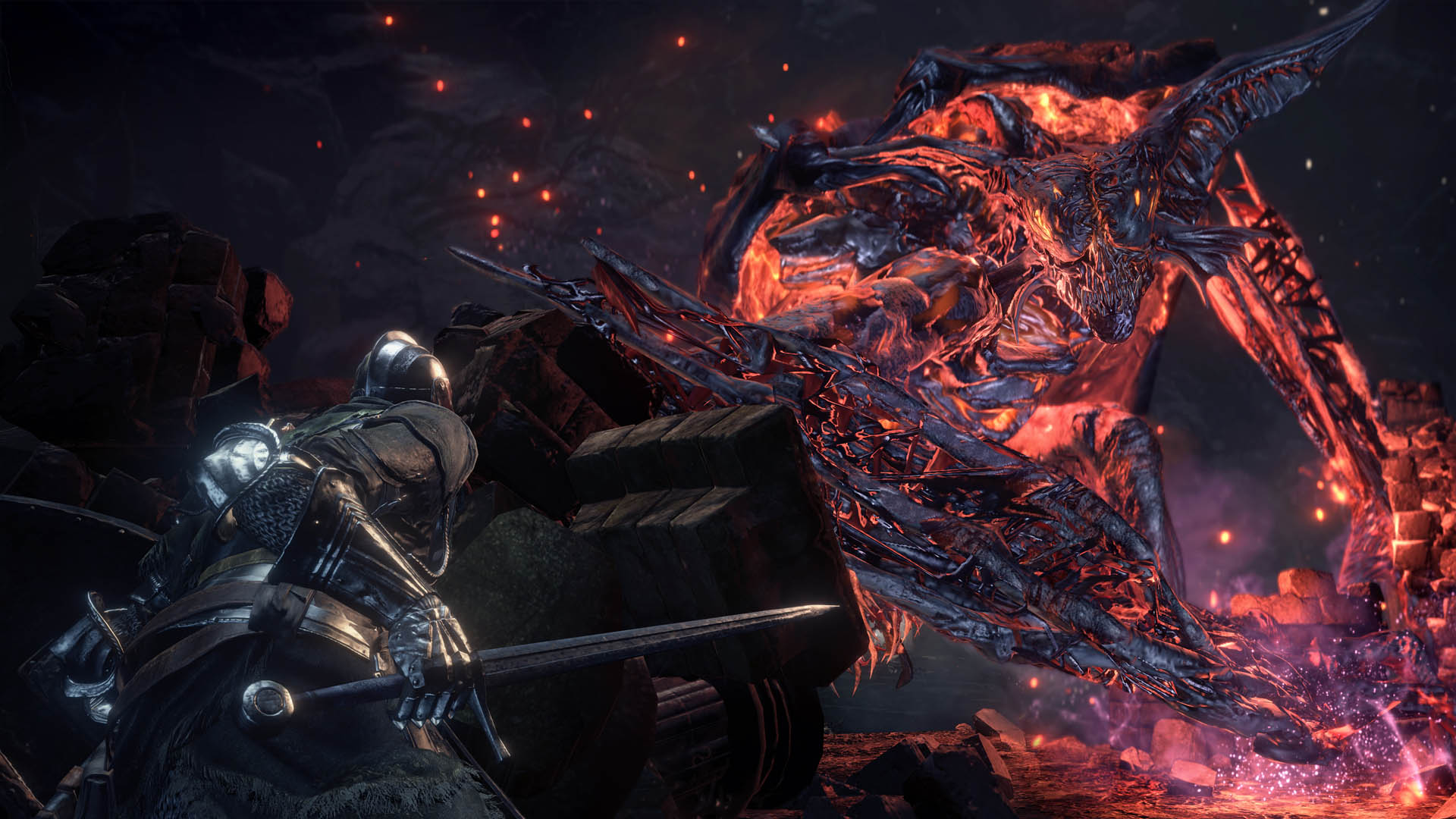 Throughout, the new areas are full of self-reflection that break the fourth wall and make jokes between the developer and the player. It plays and pokes with the formula that was becoming a little too repetitive in ways that are delightful, in the strange way that dying to some abominable creation in Dark Souls can be amusing.

The Ringed City is a large area that will take you longer to explore than Ashes of Ariandel, with the attendant increase in the number of secrets to explore. It features one of the best boss fights in the series, which harkens back to the original Demon’s Souls.

But just getting to those boss fights will be tough. At the end times the world is crumbling, its land is decaying and it seems the remnant strength of the entire world has retreated to this trash heap of leftover worlds and ideas. At times the world approaches the level of unfairness, the delicate, thin red line that the series has so far largely managed to avoid.

While not directly a part of the DLC, The Ringed City and rebalancing patch brought an unlocked framerate on PS4 Pro. While it is a nice option, it generally sits at around 45FPS, so an option to lock at 30FPS would be welcome, and that may finally fix the frame pacing issues that have plagued Dark Souls III and Bloodborne since release.

In a sense, it’s a shame that the innovation, the boundary-pushing given such free reign in The Ringed City is limited to just this content drop, and wasn’t reflected throughout Dark Souls III more broadly. Yet it is more than welcome here. It is a fitting farewell, bringing together everything that has made the series great since Demon’s Souls was released for the PS3. And not only that, but in a final burst of creativity it gives long-term players a package that is almost perfect. 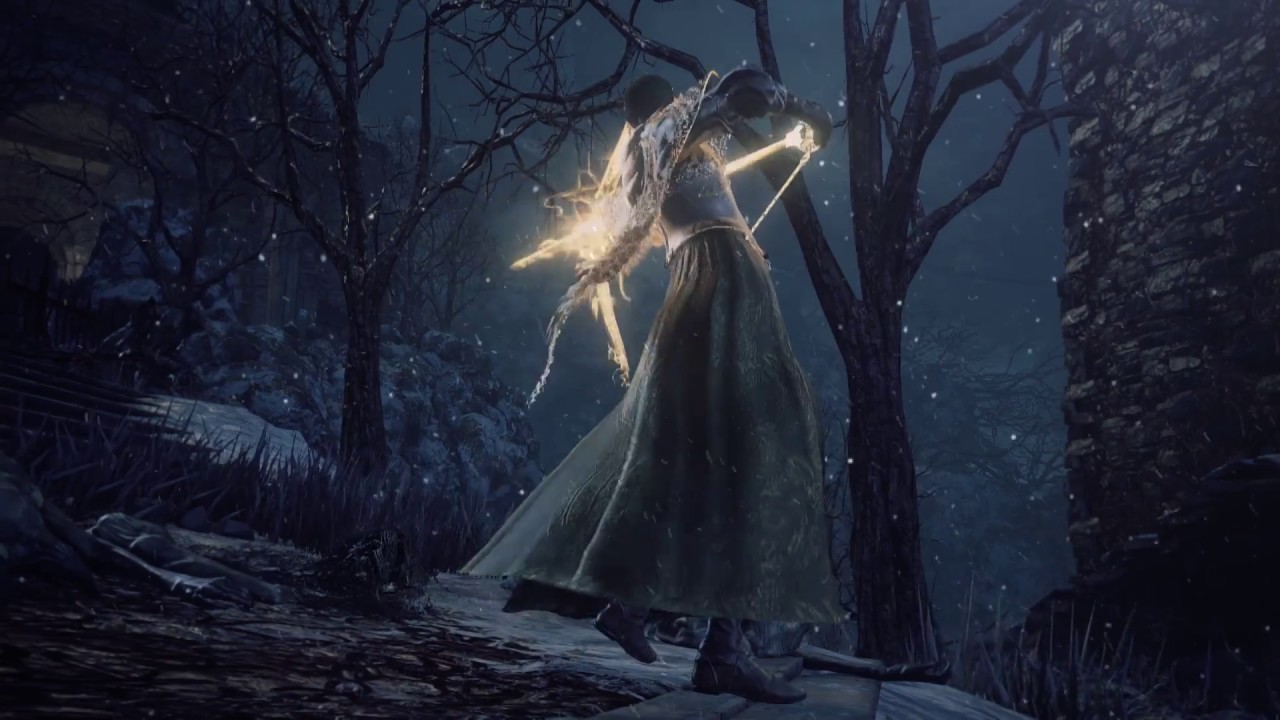 “Finishing” Dark Souls is emotional. For eight years the Souls series has stood alone. They have been sources of deep frustration, cheap kills, but also profound satisfaction, pride and relief. And while each Souls game will live on through speedruns, replays and a still-vibrant PvP scene, the knowledge that everything new is now old, that what was to come, is, must come as a disappointment to players.

And while this is true, I believe it is better to go out strong, with some of the best at the last, rather than the series crawling along in a series of limp sequels trading on the good name of its predecessors.

It is as if, at the end of a play with many acts, the cast has been brought out to bow before the crowd, be engulfed by their cheers and applause before disappearing again behind the red velvet curtain.

This is the end of Dark Souls. The journey of our Ashen Ones is over, their fire, now extinguished. 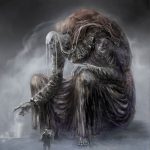 Gameplay
Graphics
Audio
Replayability
User Rating0 Votes
The Good
Hearkens back to the original Dark Souls, unlocked framerate for PS4 Pro. Immersive gameplay
The Not So Good
Not a good starting point for newcomers to the Dark Soul series
4.5
Final Verdict
Scroll Up