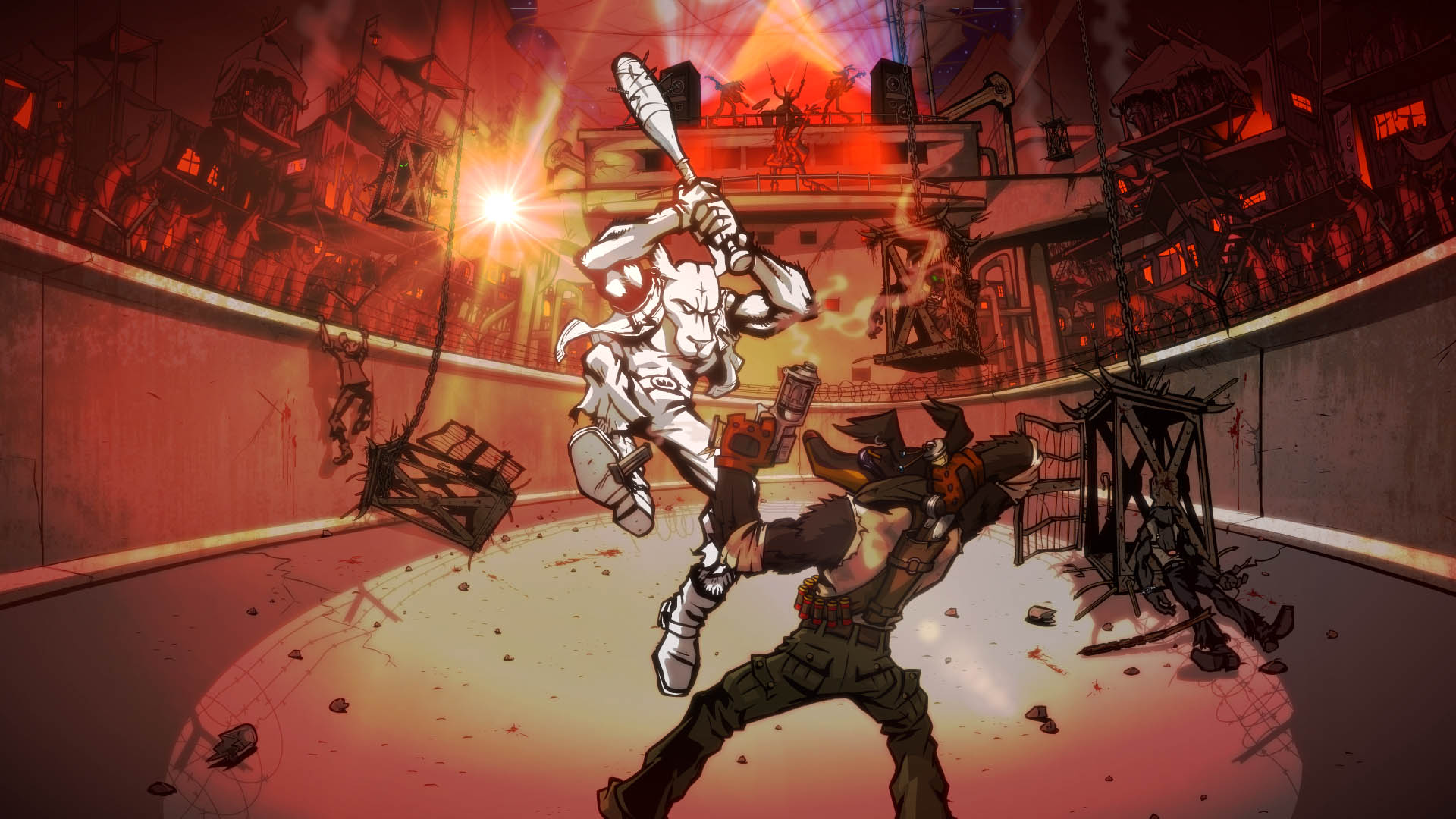 With about a year until the planned release date, Indie studio Wake Interactive has launched a Kickstarter to get Buck across the line.  Unlike many Kickstarters, Buck is not just in the drawing board phase, or just showing off a couple of short videos, instead it has released with a demo of the game in its current state to convince you why it is worth investing in Buck.

Digging into the demo I am not going to lie, I am quickly falling in love with this title.  The game is based in the rather cliche Mad Max-esque post apocalyptic setting and story of trying to find a missing girl which is far from original. However, framed in the beautiful cell shaded art style with a cast of anthropomorphic characters the old story is given a breath of fresh air. 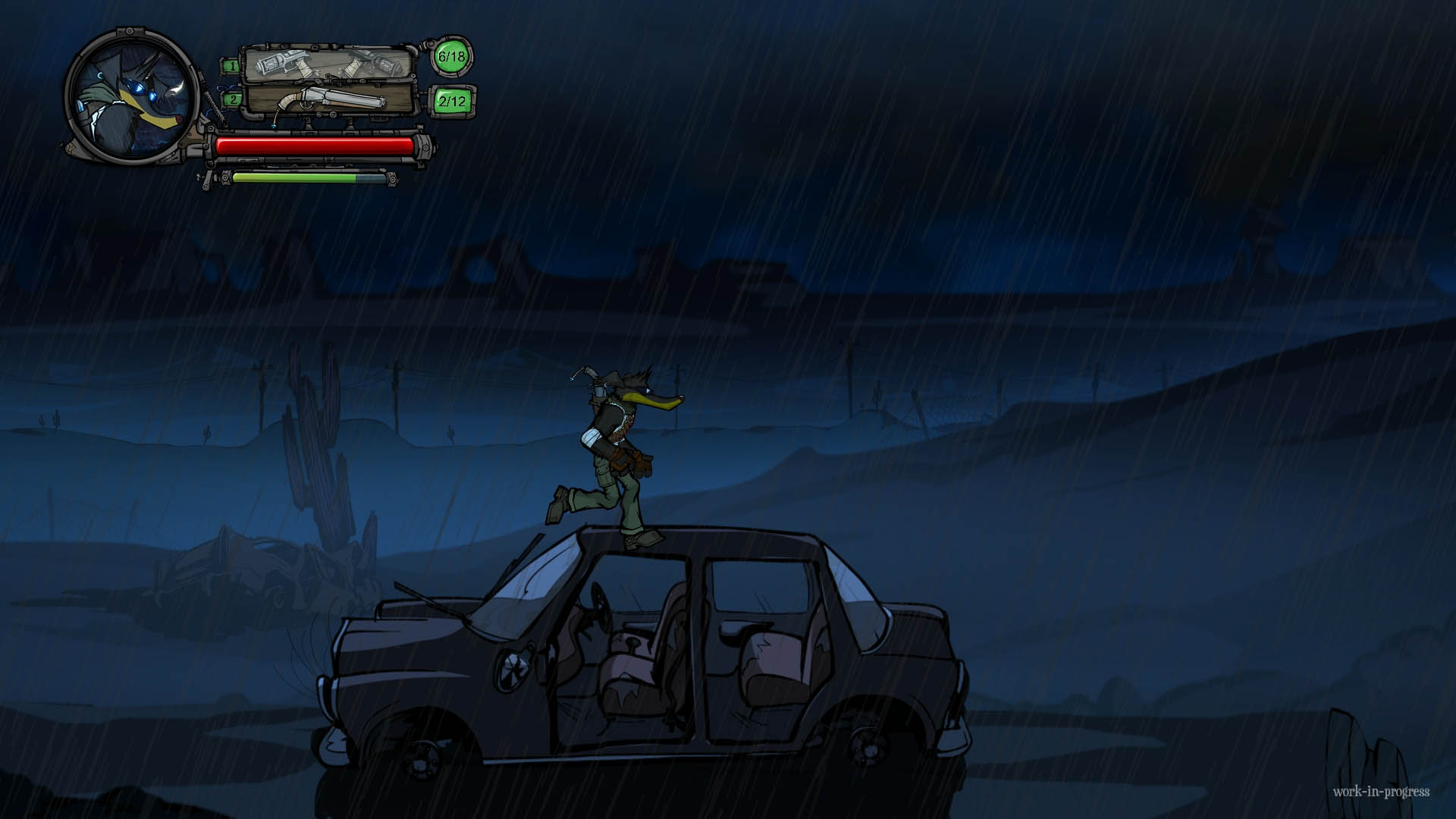 The art style I have fallen in absolute love with.  The characters are all anthropomorphic animals, mostly dogs and have been designed with a lot of care.  They genuinely look like it could have been pulled straight out of a early 2000s Saturday morning cartoon, but better refined.  On top of this the animations look really good just sealing how nice the game looks.

On top of this the soundtrack stood out to me, the use of the noir old western style music and sound effects are just fantastic and the voice overs were good enough to seal the package. 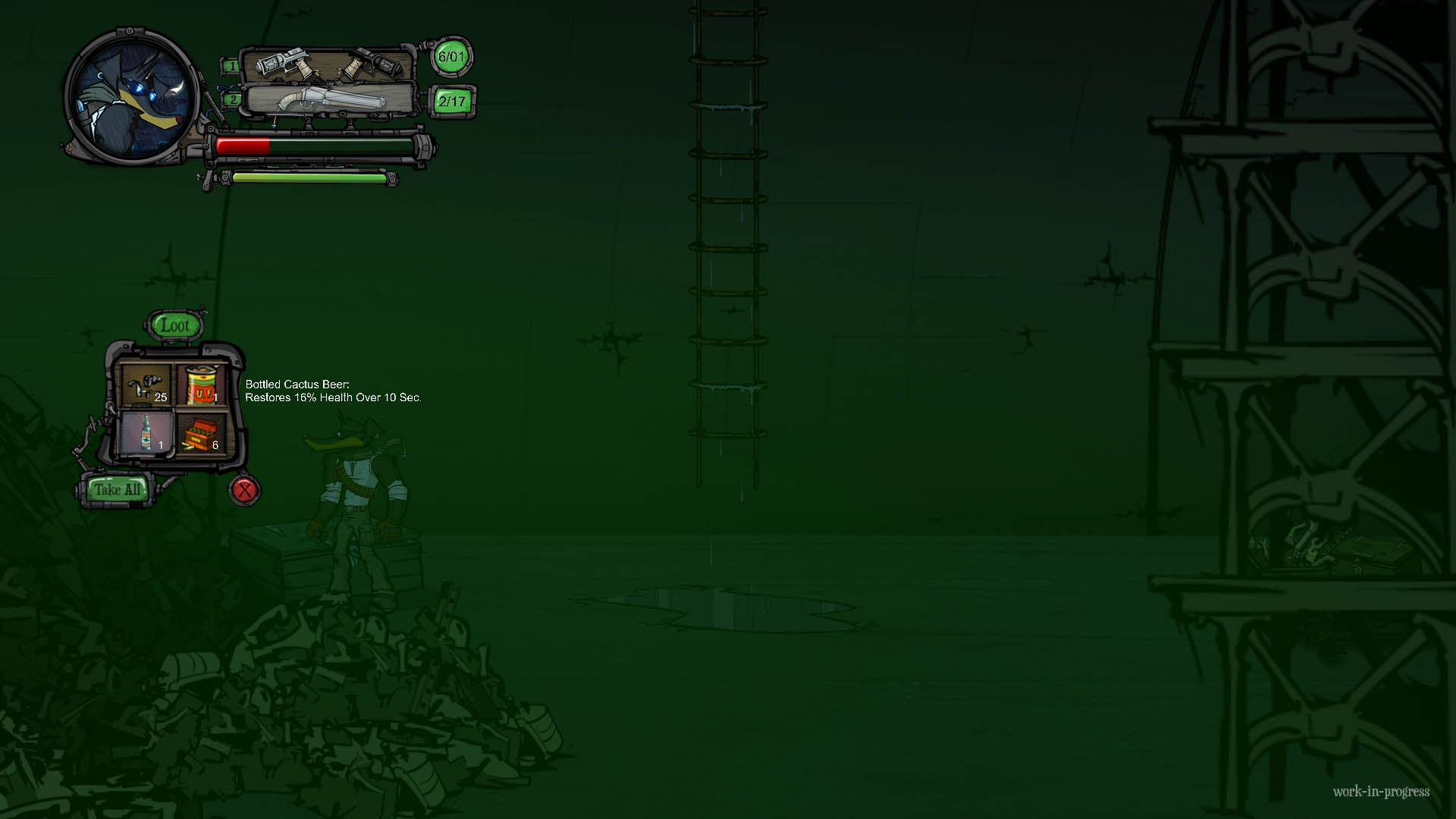 From a gameplay standpoint it is very much a 2D side scrolling brawler/shooter, but it also mixes in dialogue options to add depth to the story and characters, as well as plenty of questing.  The only issue at this point is the brawling portion is not there yet. When you look up the controls it says it is coming soon, which is fine but once you run out of ammo, you are stuffed with no melee options.

This is not ideal of course but at this point the game is still a year from release and it is just a yet to be added feature as opposed to a bug so I was willing to overlook that. 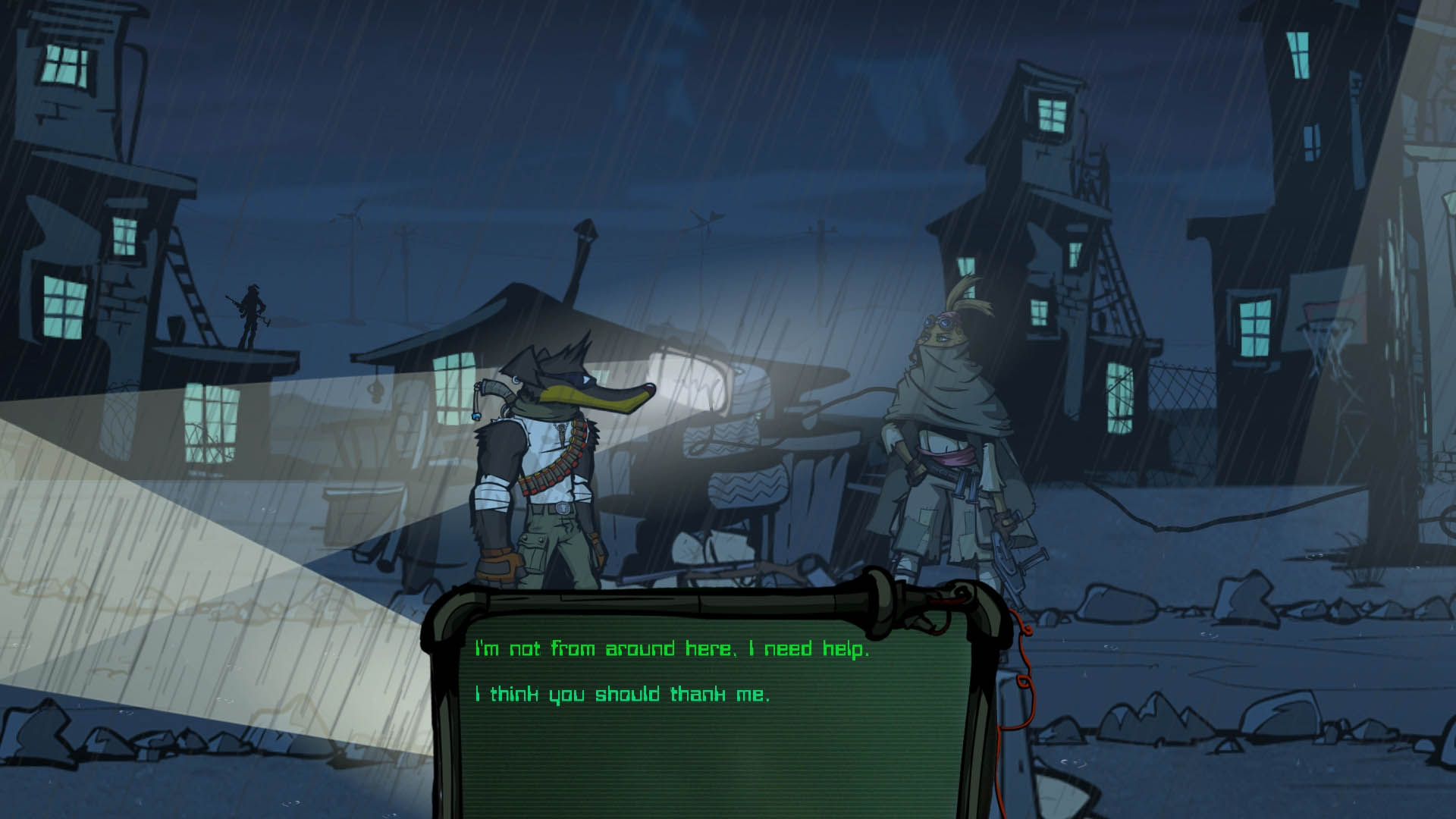 For the most part the game is not very buggy and keeping in mind it is still a year from release I was very surprised by that; let’s not forget how buggy games can be on release.  There were times that I would fire and the enemy was right in my firing range but did not get hit and times I would get killed because I could not reload without being hit which interrupted the reload process.  There was also a bug with the default arrow buttons using a controller, which instead of trying to fix I just used the keyboard’s arrows for the inventory or dialogue selection and happily carried on.  These are relatively minor and while I will criticise them at launch, I could not hit them too hard for a pre-release demo.

To be honest if more Kickstarters released a demo this elaborate with their campaigns they would be far more likely to get money out of tightwads like myself.  As it stands I am extremely excited for this time next year when we will hopefully have a full build of Buck as even in its current state I kind of love it, so feature complete and bug cleaned this game should be something truly special.