Born through Kickstarter, Battle Chasers is looking to transition from the comic book medium, to video games with Battle Chasers – Nightwar.  Having spent a few hours with a preview build of the game it seems this should be a more than successful transition.

It is worth noting that during the preview build it makes jokes about it being a demo, this indicates that it has been built for this purpose, and may not be a slice of the full game, as such may not totally reflect the final product, but it has certainly made me extremely excited for what is coming. 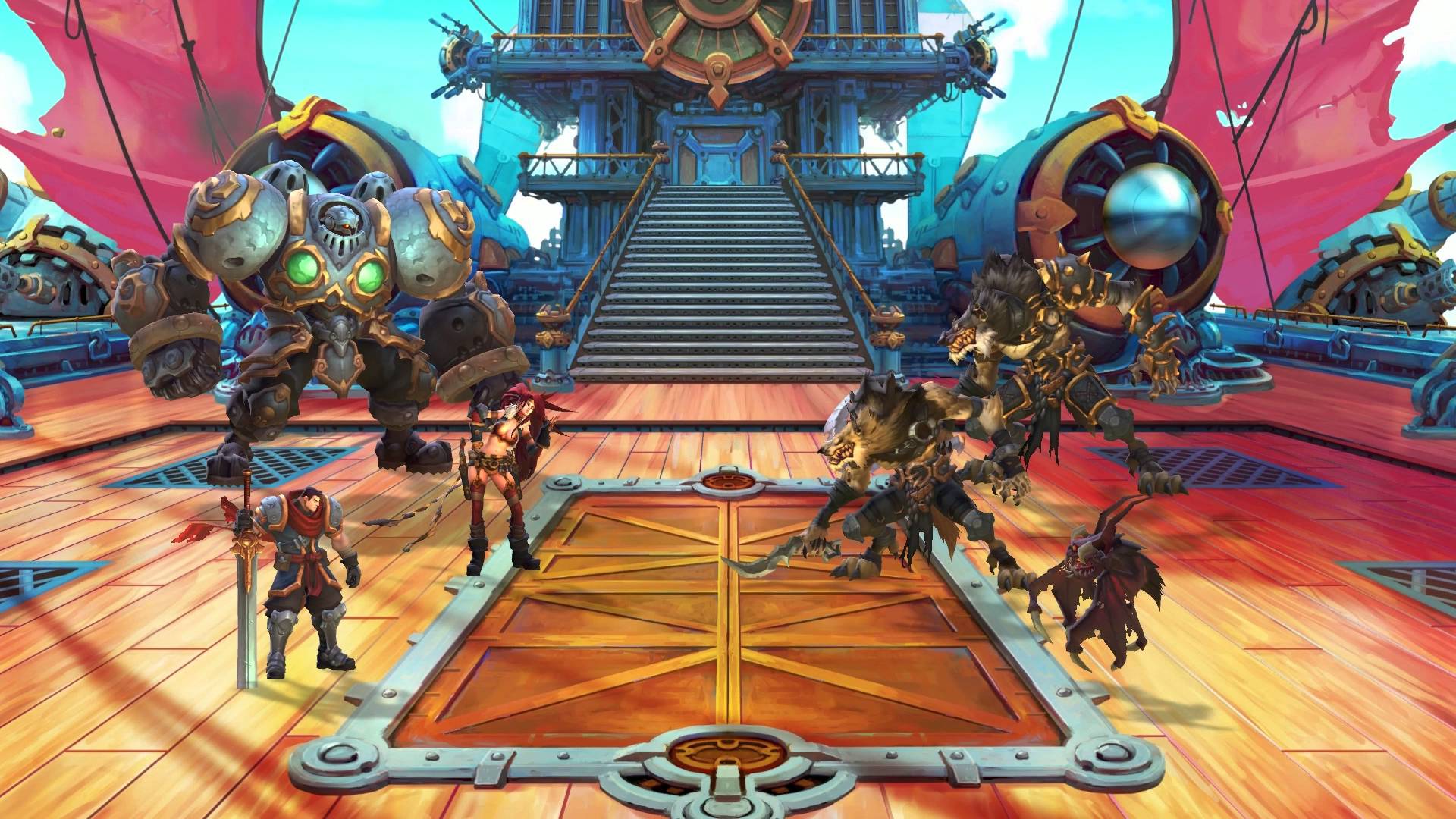 The game is heavily inspired by JRPGs and this is reflected most notably in its combat which is a strong classic turn based battle system.  Your characters on the left, your opponents on the right, a list of the turns to be had on the left with pictures of the enemy, not unlike Final Fantasy X’s turn based system.  Turns give you the classic options of attacks and using items, some of which use mana or other similar things, but as you battle a Burst Charge bar fills up. The Burst Charge bar stacks between battles and builds to different levels, with more attacks / buffs available at each level.  Interestingly the Burst Charge bar is shared between your party members, as such this means attacks by all your party members contribute to the bar, but one Burst move drains the bar for everyone.  While this is a small change, I found it added another layer of strategy to battles. 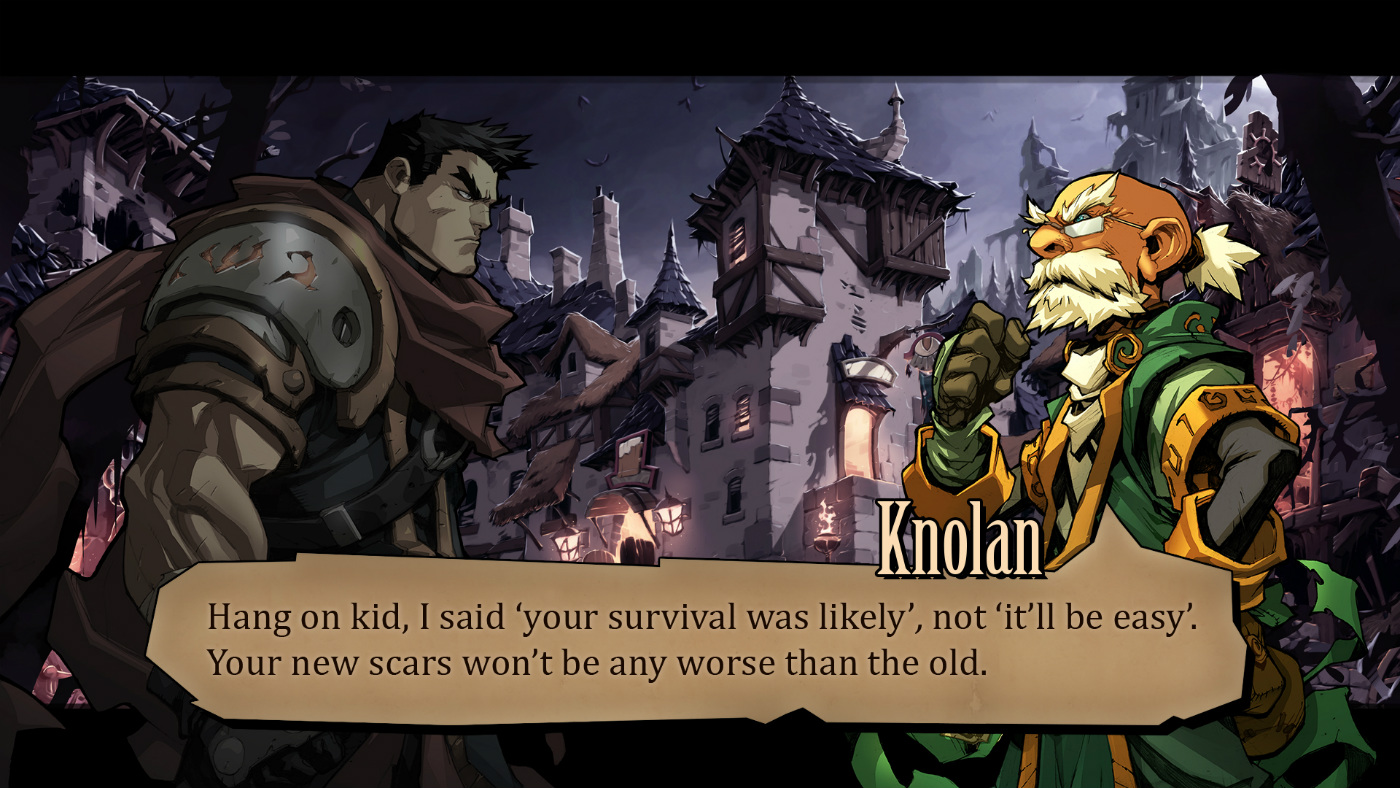 The world map is delineated with specific paths which operate more as rails between locations, in that while you are walking along the path, you are specifically held to a white line travelling between locations.  This first gave a feeling that the movement was off, but after realising this was how the world map worked it wasn’t such a big deal.  You will encounter enemies on the world map, which takes you to a standard fight, but the real fun is when you hit dungeons.

The first thing to note is that every time you hit a dungeon you can choose its difficulty, and as such the loot that will be dropped.  This is an awesome feature meaning if you are a bit low on health items you may tackle it easier to advance the story, or if you flip flop throughout the game on how hard you want it to be, that’s in your control.  The dungeons themselves are to a certain extent randomised which removes restrictions around your movement to act more normally as you explore and fight your way through them. 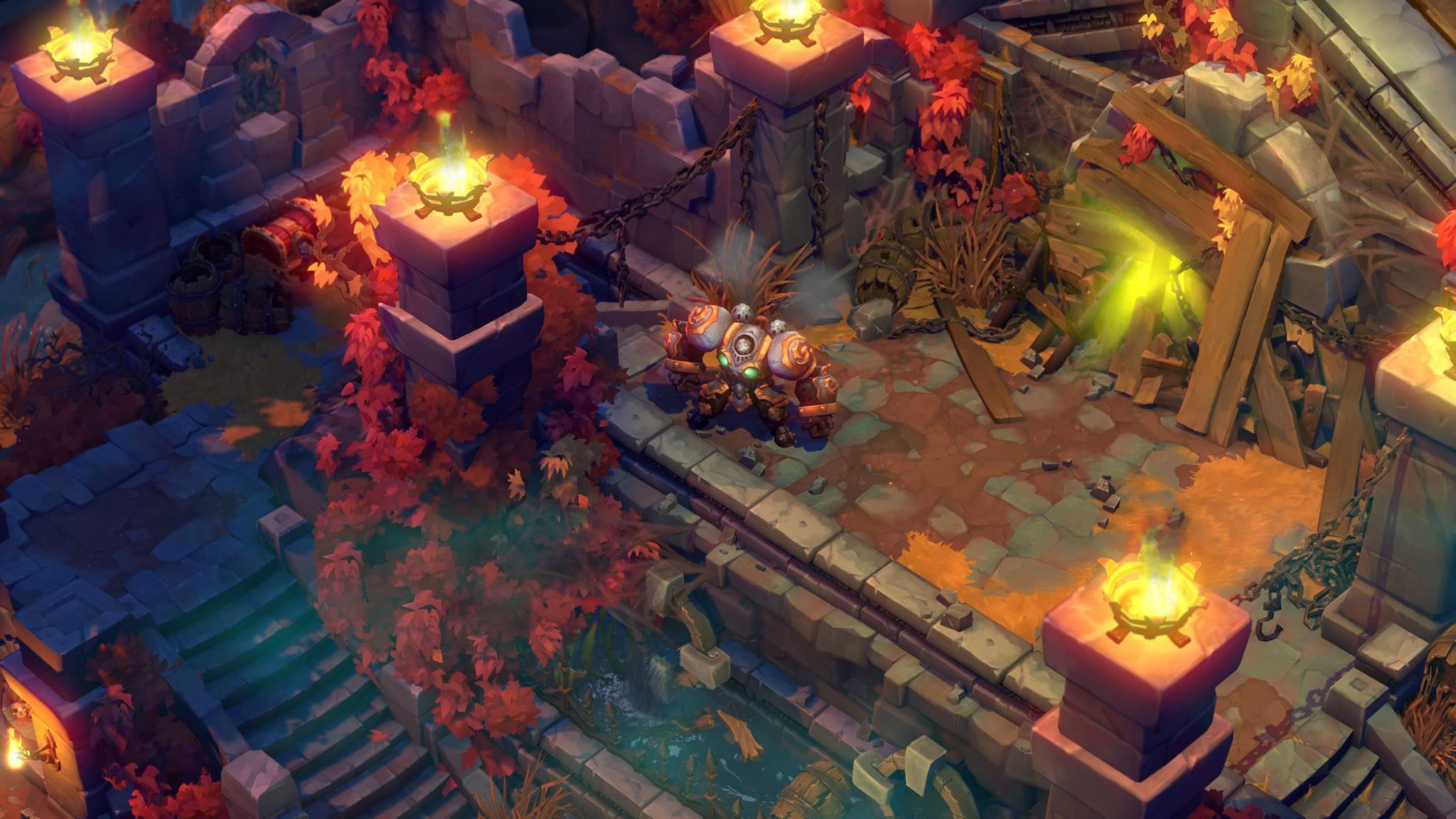 Then there is the visual style of the game, which looks fantastic.  Beautifully drawn battle backgrounds and dungeons look amazing, which contrasts against a beautiful, but stylistically different world map.  These have a distinctly anime or comic look, the characters are 3D modeled, but because they are small on the screen this isn’t immediately noticeable, yet somehow they all blend together to make a gorgeous game.

From the time spent on Battle Chasers – Nightwar there is much to be excited about from a smaller franchise.  It looks amazing, is fun to play, and it would be great to get deeper into the story.  If it keeps this up and adds some more variety, Battle Chasers – Nightwar could be something special, now it’s time to read the comics in preparation for the game’s release.