The Infestation is About to Begin 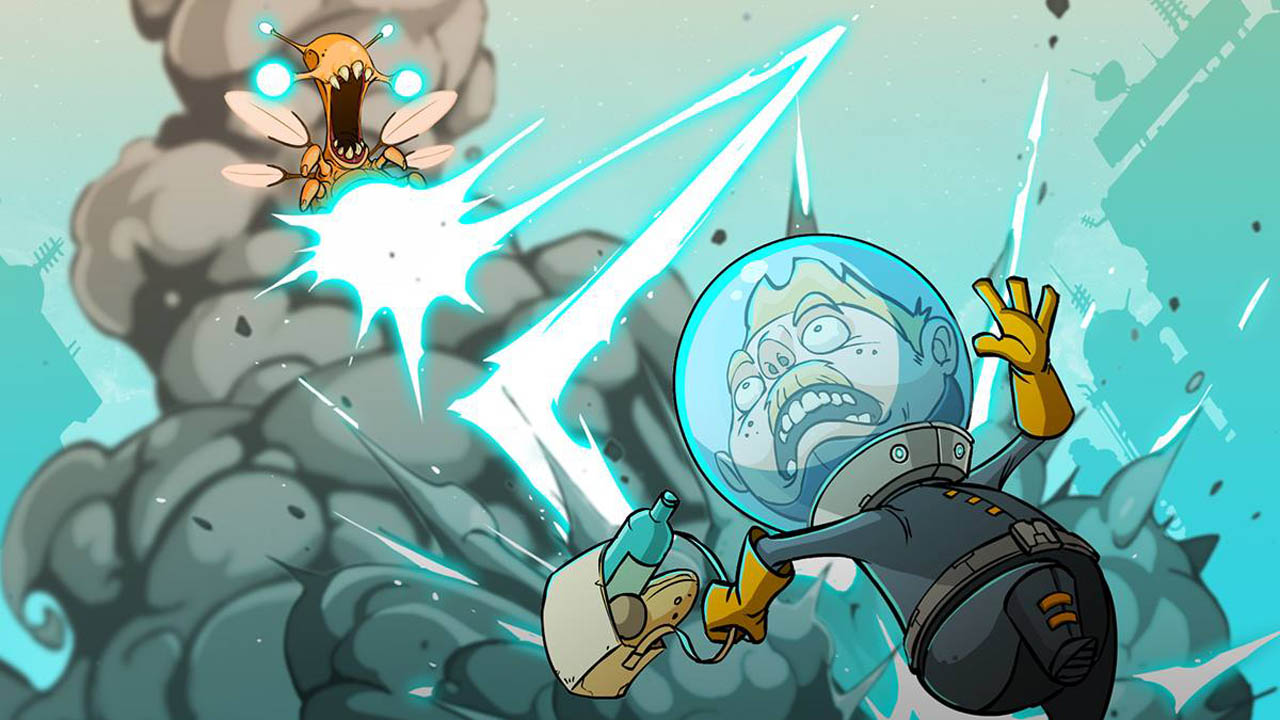 Meet Harry; laser junky, gluten addict, and exterminator extraordinaire. When a refrigerator-sized mass of slime and teeth is wriggling out of your drain, Harry is the best there is. He’s also the star of The Bug Butcher, coming to PC (Win/Mac/Linux) on January 19th, 2016.

Inspired by Super Pang, The Bug Butcher is a relentless shoot-’em-up with a simple rule; you can only fire straight up. Good thing your helmet comes with a visor.

It’s you versus merciless waves of bugs, blasting them into smaller and smaller chunks, splattering the ceiling with a hot mess of juicy entrails and avoiding whatever the heck just splurted out of that thing’s, erm… orifice. 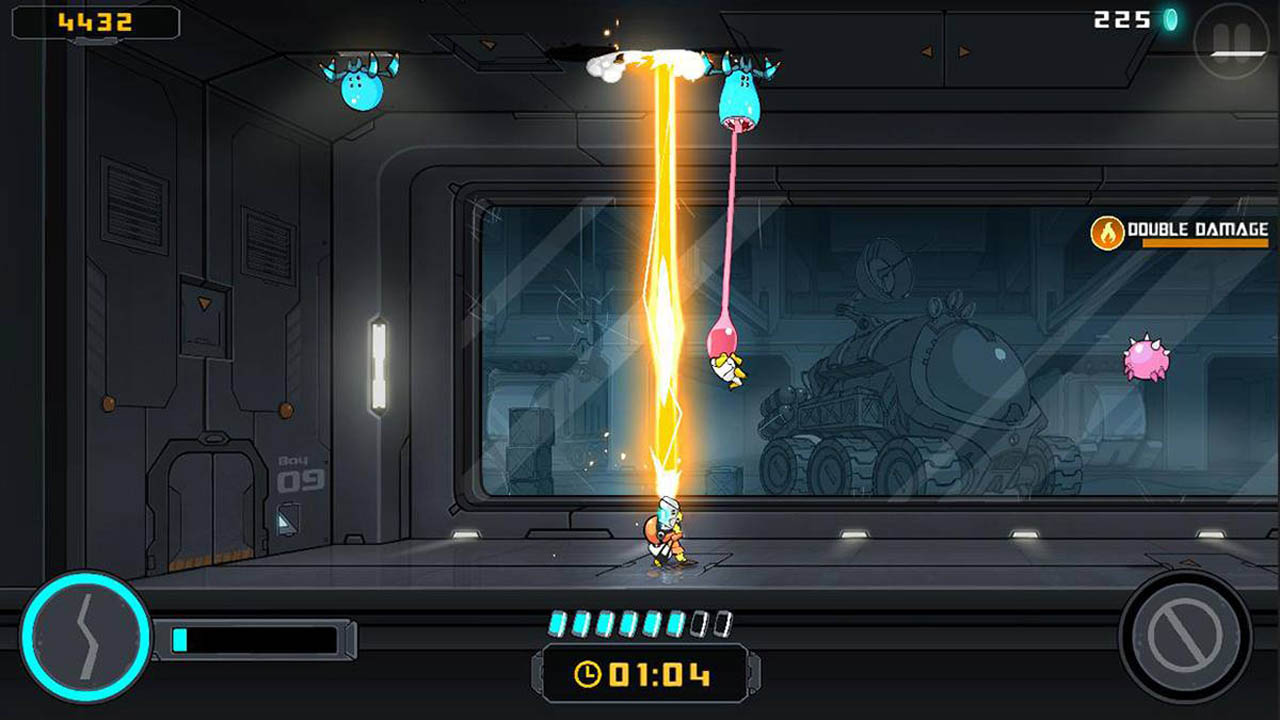 Take on 30 Levels of unyielding bug assaults, or feel the soft and fuzzy power of friendship in endless co-op.  Customize your duds and upgrade your arsenal to cut through bugs like soft, oh-so-deliciously warm butter.

Awfully Nice Studios might be new, but you have undoubtedly seen their work. A few of Rainer Zoettl’s VFX credits included District 9, The Hobbit, and The Avengers before moving to Blizzard Entertainment,  where he met Till Aschwanden, then a 3D modeler with Blizzard Entertainment’s cinematics team, and now, the Bug Butcher’s artistic visionary of questionable sanity.