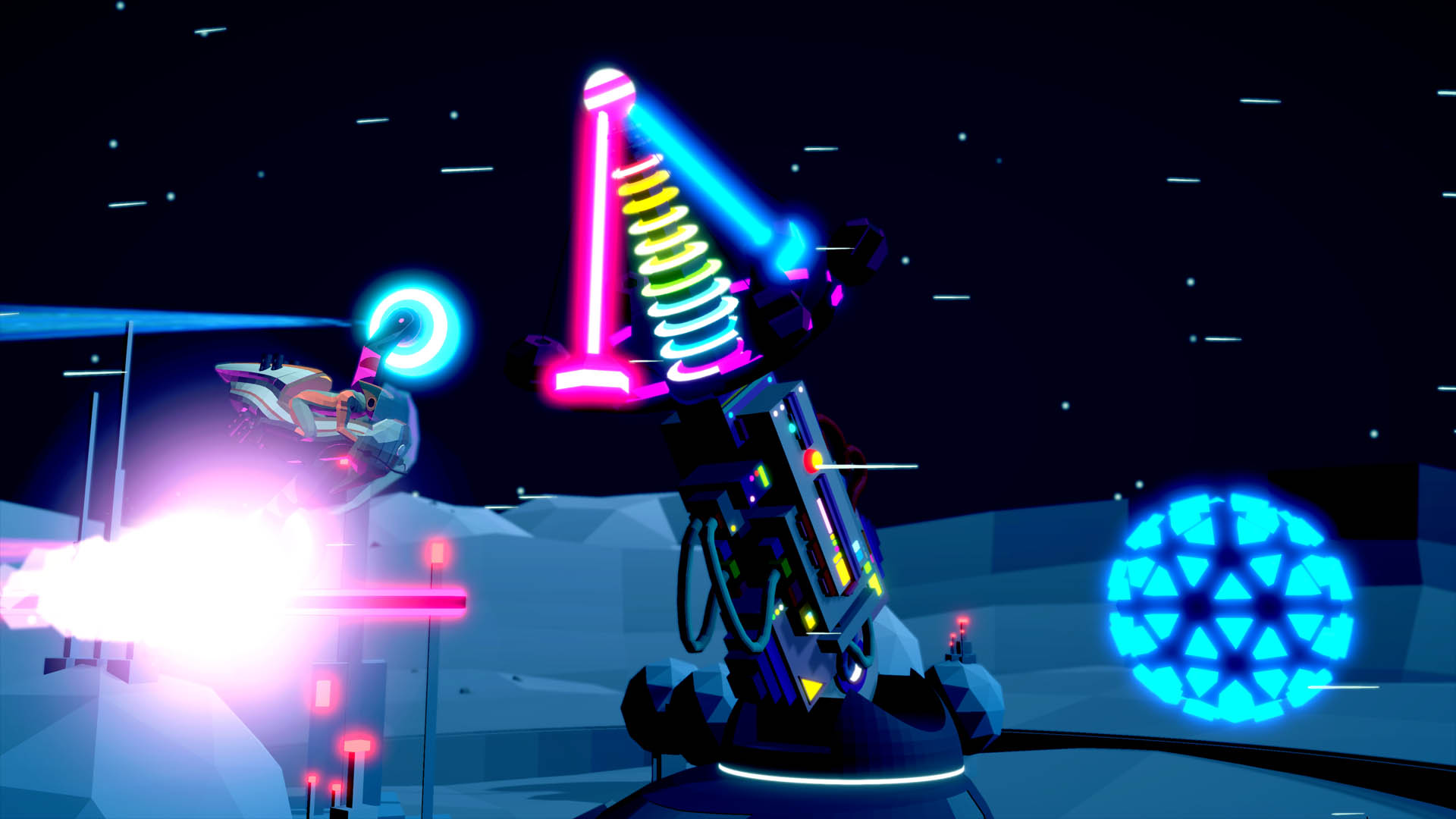 The future may not be now, but it sure is close.

Strap yourself in for a brand new breed of extreme sports, because FutureGrind is about to launch.

Taking the form of an arcade stunt-racer that’s all about tricks, skill, and speed, jump into a futuristic, two-wheeled bike and rack up huge combos as you hunt for the perfect line, matching your coloured wheels with each track’s fiendish layout of rails. 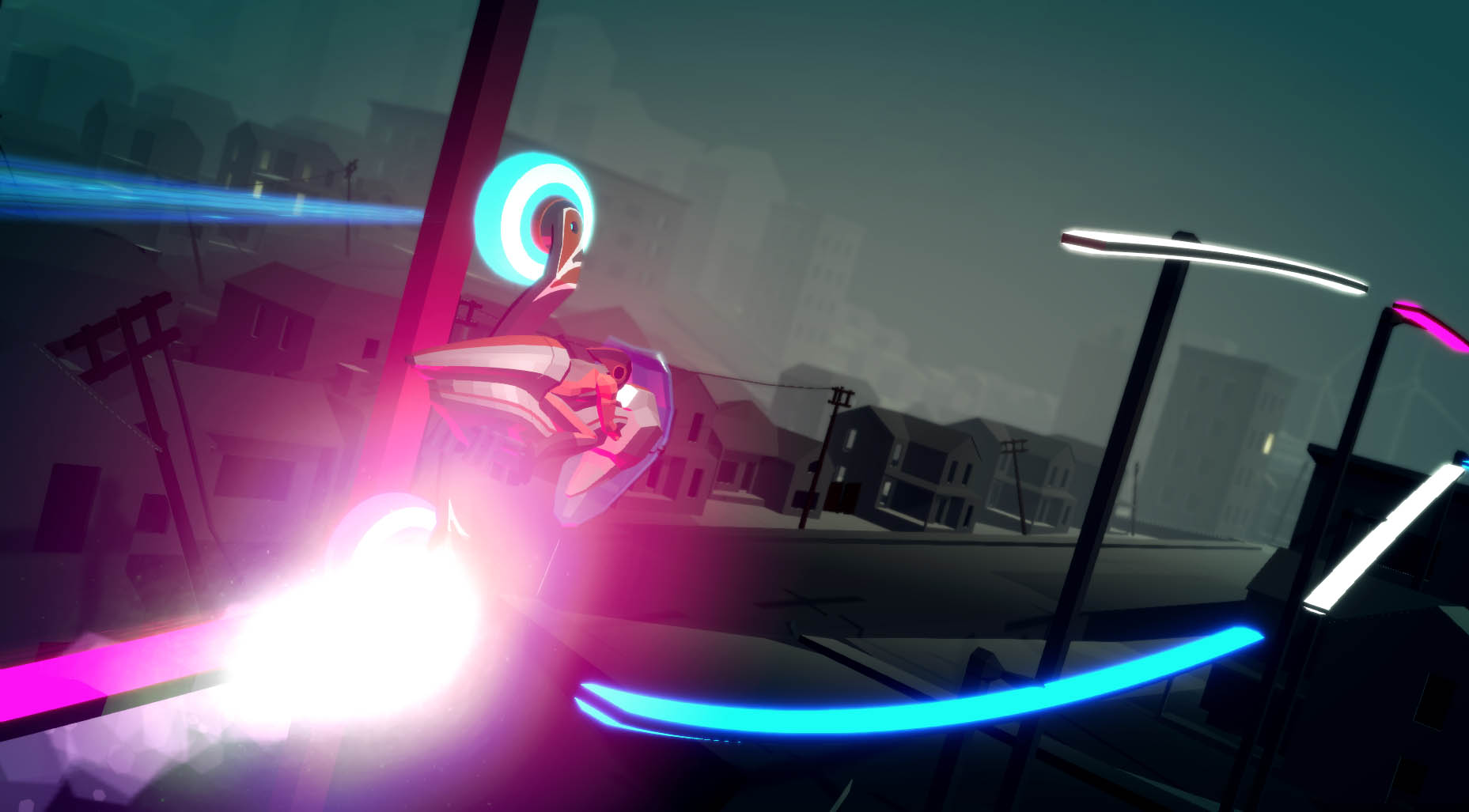 This isn’t just about highscores, though. It’s the future, and this extreme sport comes complete with a robust story mode (and potential plot twists)! Take on the role of a newly-sponsored rider, keen to make your mark on the pro circuit as you compete on some of the most mind-bending tracks known to man. As you continue to fight for your sponsor’s favour, discover the true nature or your new job and the implications it could have on the world around you…

Featuring a story mode with over 30 unique tracks that’ll have you testing the depths of your reflexes, 5 unlockable bikes offering multiple styles of play, and score attack mode, there’s no shortage of ways to show off your style. Compete for the highest score with a deep combo system that rewards creativity and will have you restarting tracks over and over to nail that perfect line. 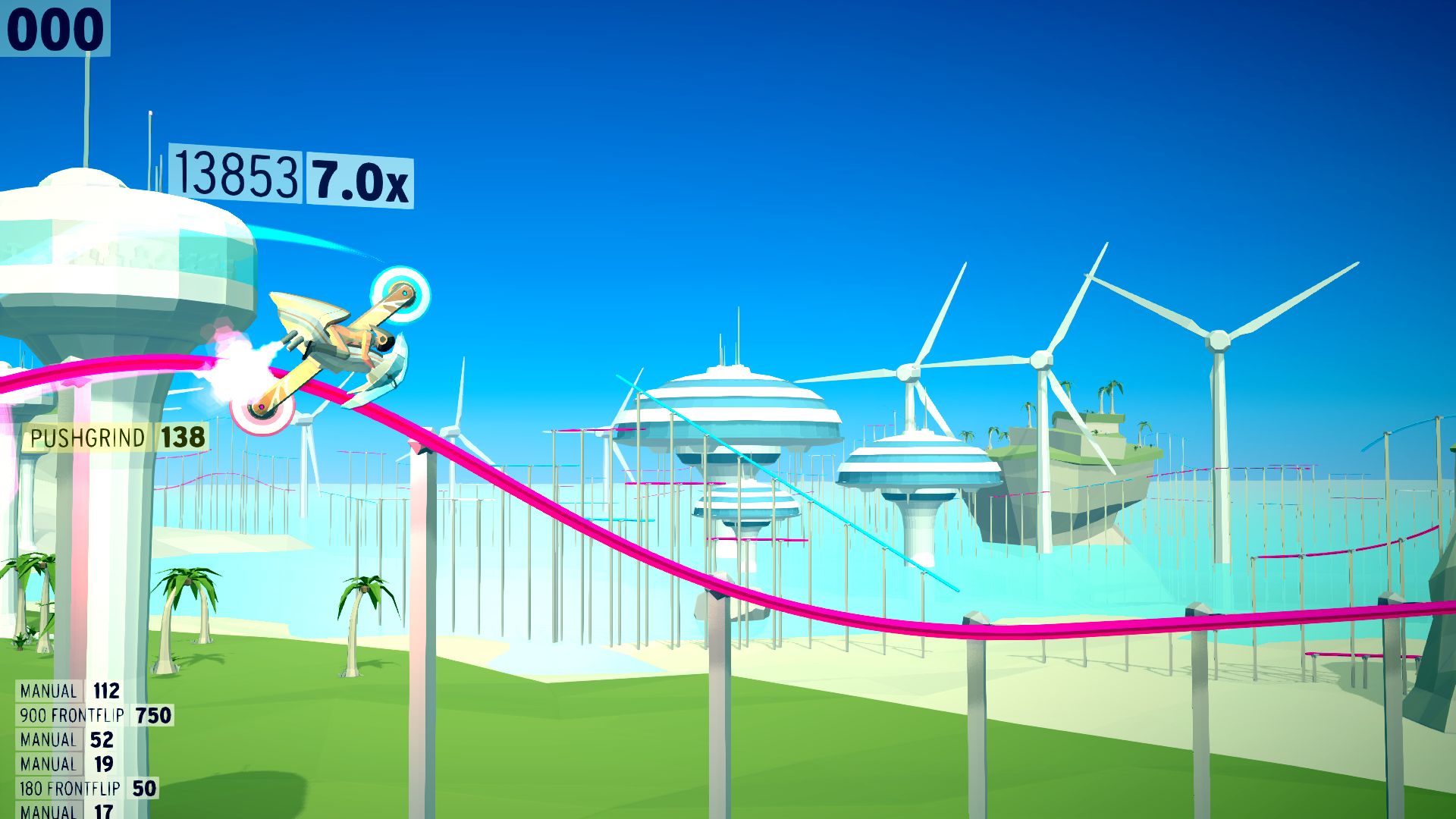 Tying this all together is a thumping original soundtrack full of synths and saw waves by bignic.