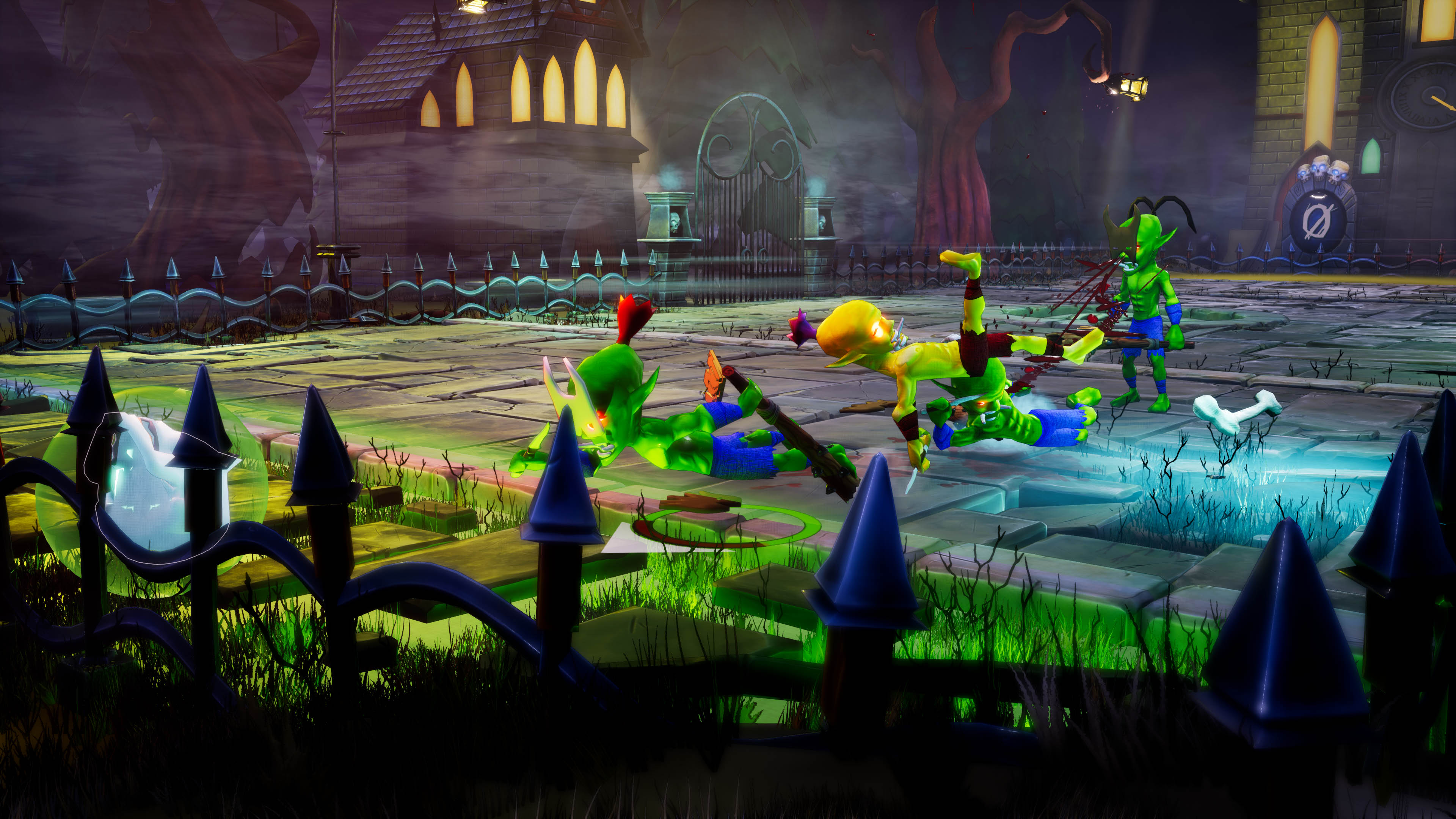 Graveball, the spooky and savage skill-based sport where goblins kill one another (and themselves!) from developer Goin’ Yumbo and publisher 3D Realms, will begin serving up three-on-three online matches on 31 July 2018.

At a local cemetery, sporting goblins have constructed a spooky “Graveball” court that hosts a madcap meld of football and basketball. On this playing field, depraved shovel-wielding creatures compete to maintain possession of the “skullball” and run it into the opposing end zone to score. Of course, there are other ways to get points in this bizarre blood sport, like shooting the skull into a hoop that appears every 30 seconds – or just killing the other team in quick succession.

The goblins’ shovels make useful tools for smacking the skull down the field or knocking it out of an end zone to prevent the other team from scoring before the three-second scoring timer ends. They’re also equally well-suited to cutting down the competition in more direct and brutal ways. Especially when one considers the rules allow shovels to be thrown and goblins aren’t much of a match for their blades, it’s easy to see why Graveball is played where it’s easy to bury bodies. 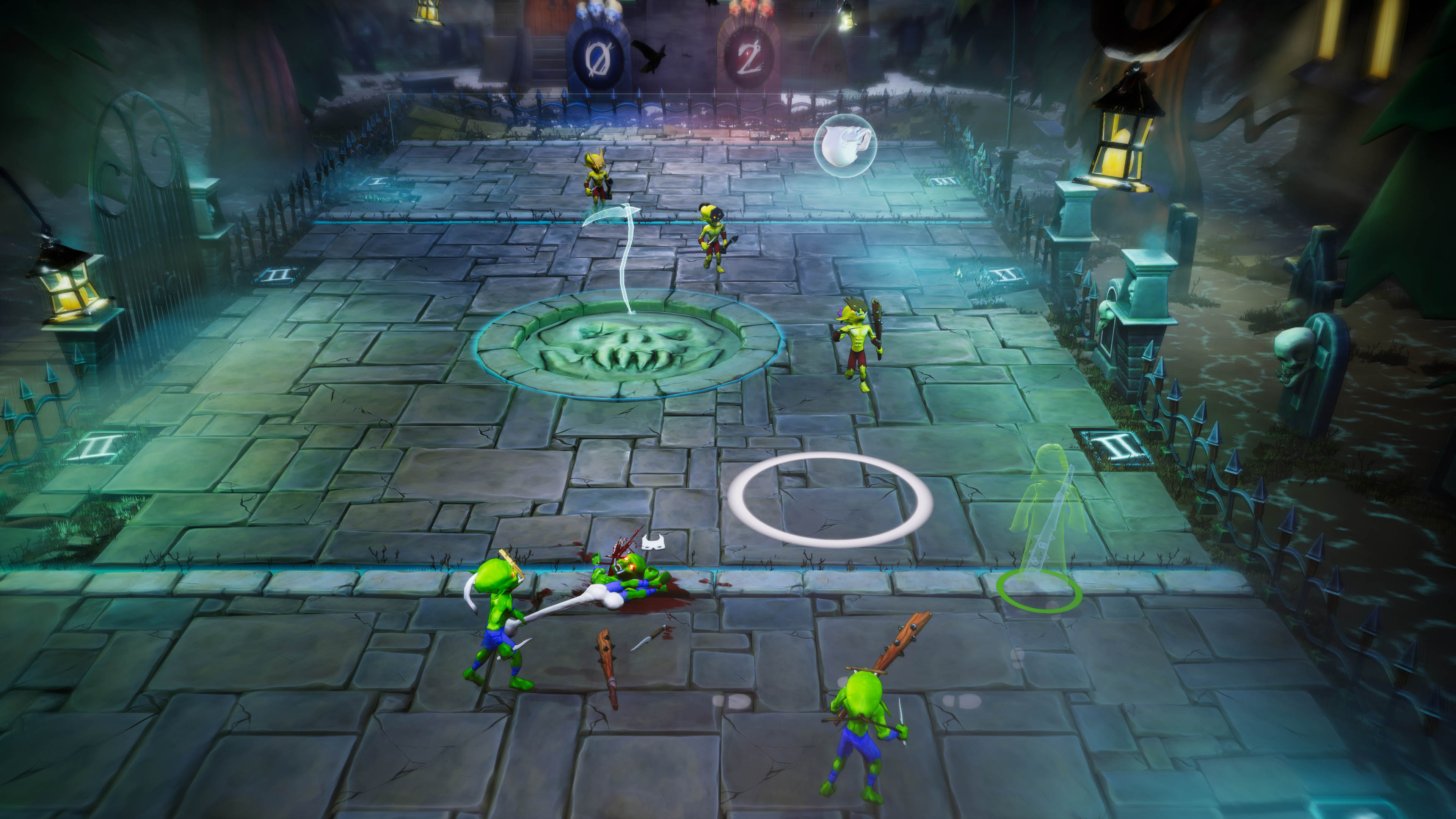 But don’t bury those goblins quite yet! Death is not the end in Graveball. After dying, goblins become ghosts that move twice as fast as their living counterparts. Death isn’t enough to stop the competition, and sometimes that ghostly mobility can even lead directly to victory. If that speed boost sounds mighty tempting, a handy little suicide button allows goblins to slit their own throats. But just remember that they can’t touch the skull while in phantom form.

All goblins have the same abilities, so the game remains completely dependent on skill –meaning no auto aim when tossing either the ball or shovels. This ensures an even playing field so the thrills and chills come from emergent moments, rather than any special paid-for powers. But that doesn’t mean these little jerks don’t like to play dress-up. Masks, weapons, hairstyles, and taunt animations do not affect gameplay: sometimes a Goblin just wants to feel pretty. 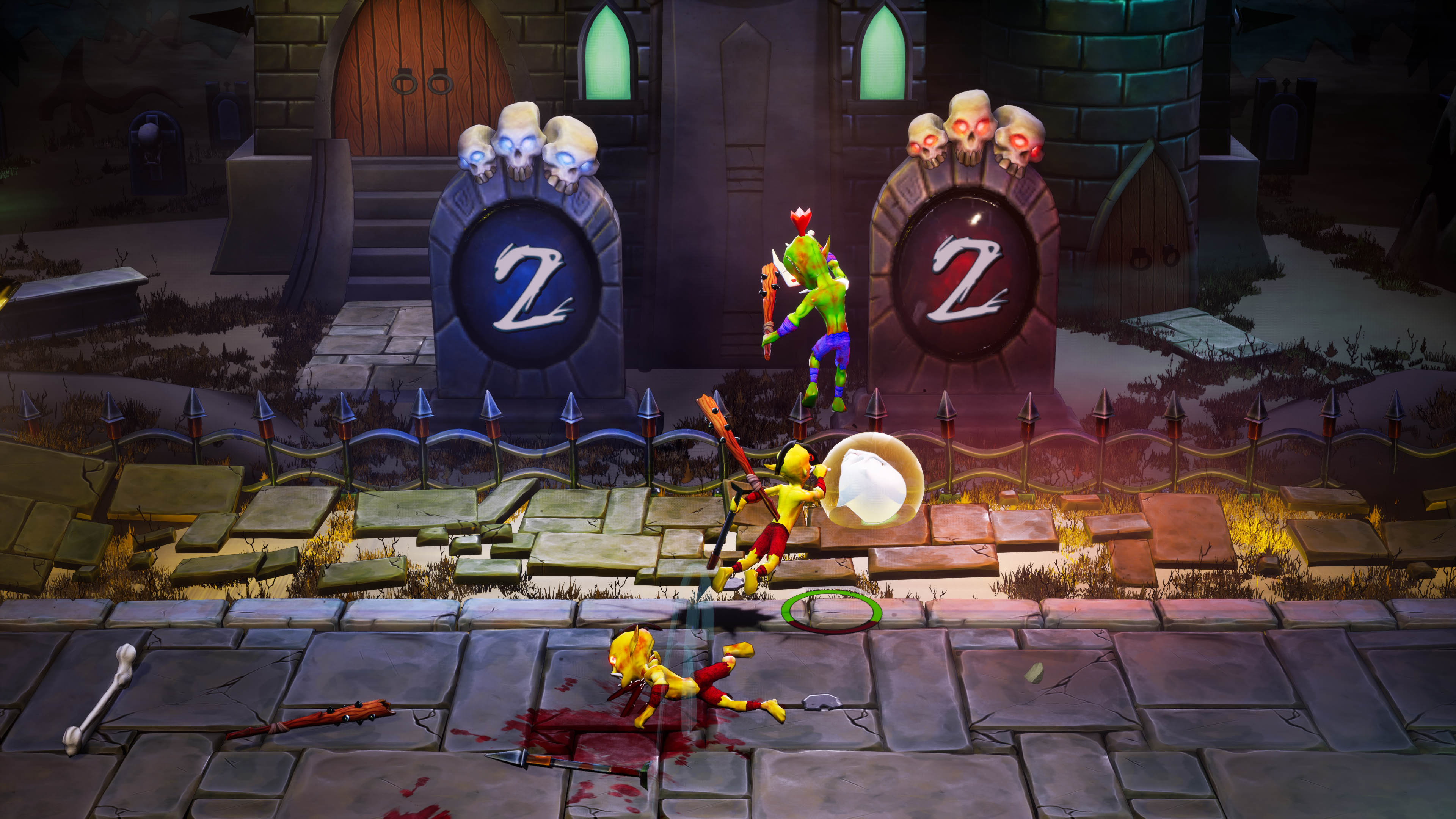 Ragdoll camera? Check. Hang-time and Goblin-body-distance trackers for when someone lands a nasty kill? Double-check. Watch clutch moments like catching opponents’ weapons and blocking their shots or even throwing the shovel to get that last bit of distance needed to reach the goal ring. Matches usually end about five minutes in so it’s always easy to watch or play a few quick games.

“It was important to me to make sure every Goblin had the same abilities, and you can’t just ‘level up’ to be better,” said Riley Dirksen, founder, Goin’ Yumbo. “Every moment of excitement feels earned, so I have a feeling players are going to love that aspect of the experience.”

Graveball will be available digitally in English on the PC