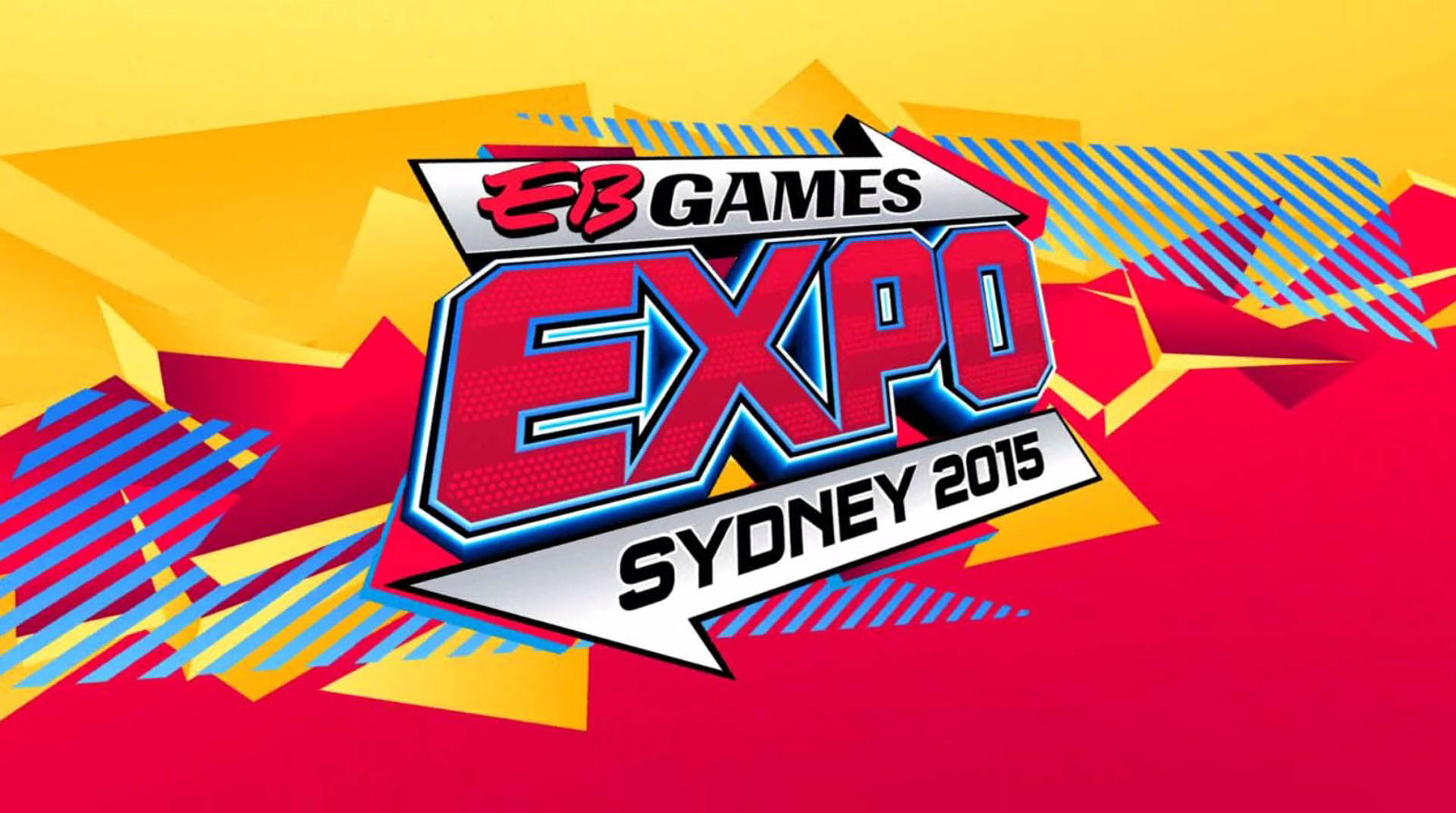 From October the 2nd to the 4th 2015, Sydney Olympic Park played host to Australasia’s biggest gaming event, The EB Expo 2015.

36,750 gamers attended the show over the three days, an even bigger turn out than last year.

The Exhibition Centre was alive with sights and sounds that wouldn’t have looked out of place at the video-gaming Mecca that is E3 in Los Angles. Some of the booths, notably the huge Xbox booth, looked as if they’d been dragged across the Pacific from the LA show back in June. 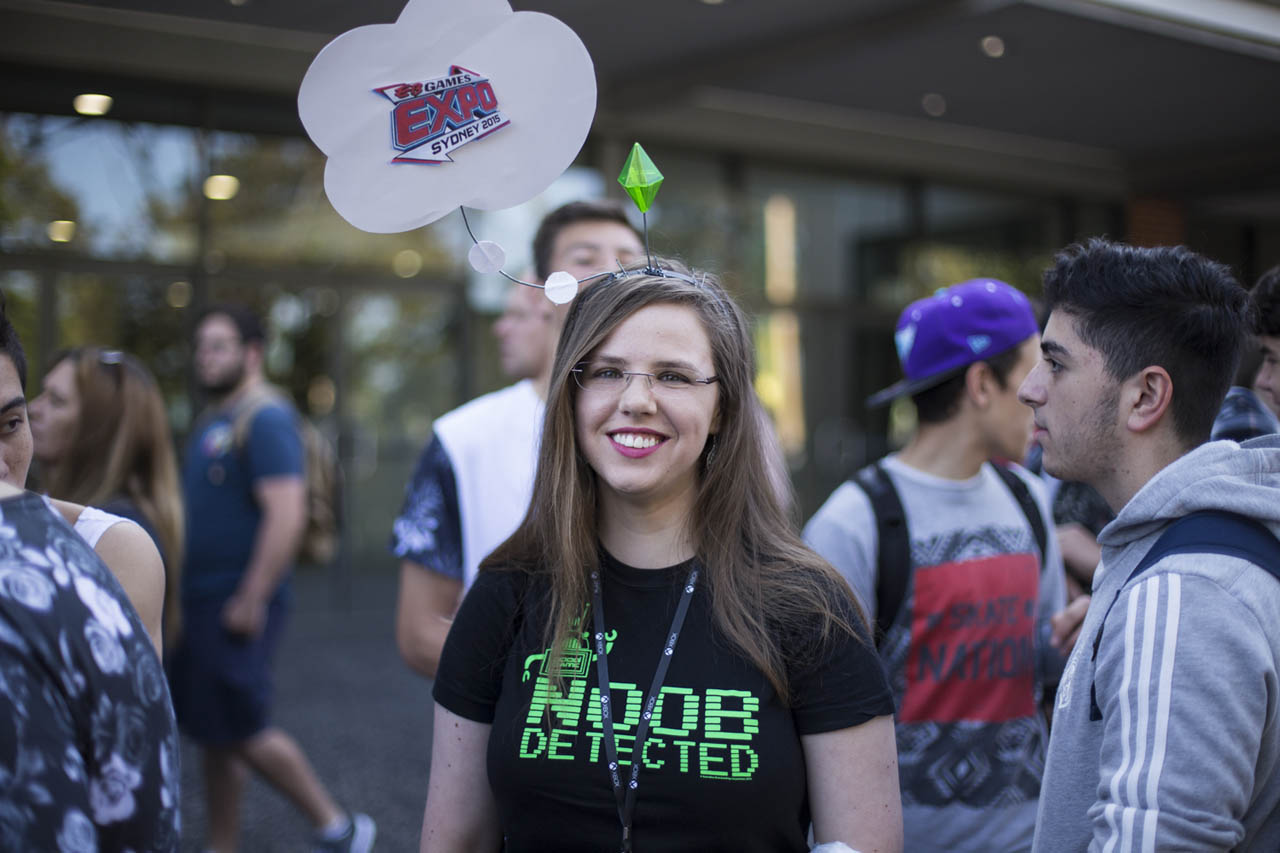 For this year’s event the organisers had improved the layout of the venue with the aisle-widths a lot wider than I remember from last year. This meant that traversing the halls was nice and breezy on the less busy Friday and completely crush-free with the Saturday crowds.

As you’d expect, the big three console hardware manufacturers were out in force, with Nintendo hosting big-screen game competitions all weekend. There were dozens of 3DS’s showing off the likes of Skylanders SuperChargers and Wii U demo pods running StarFox Zero and Mario Maker. 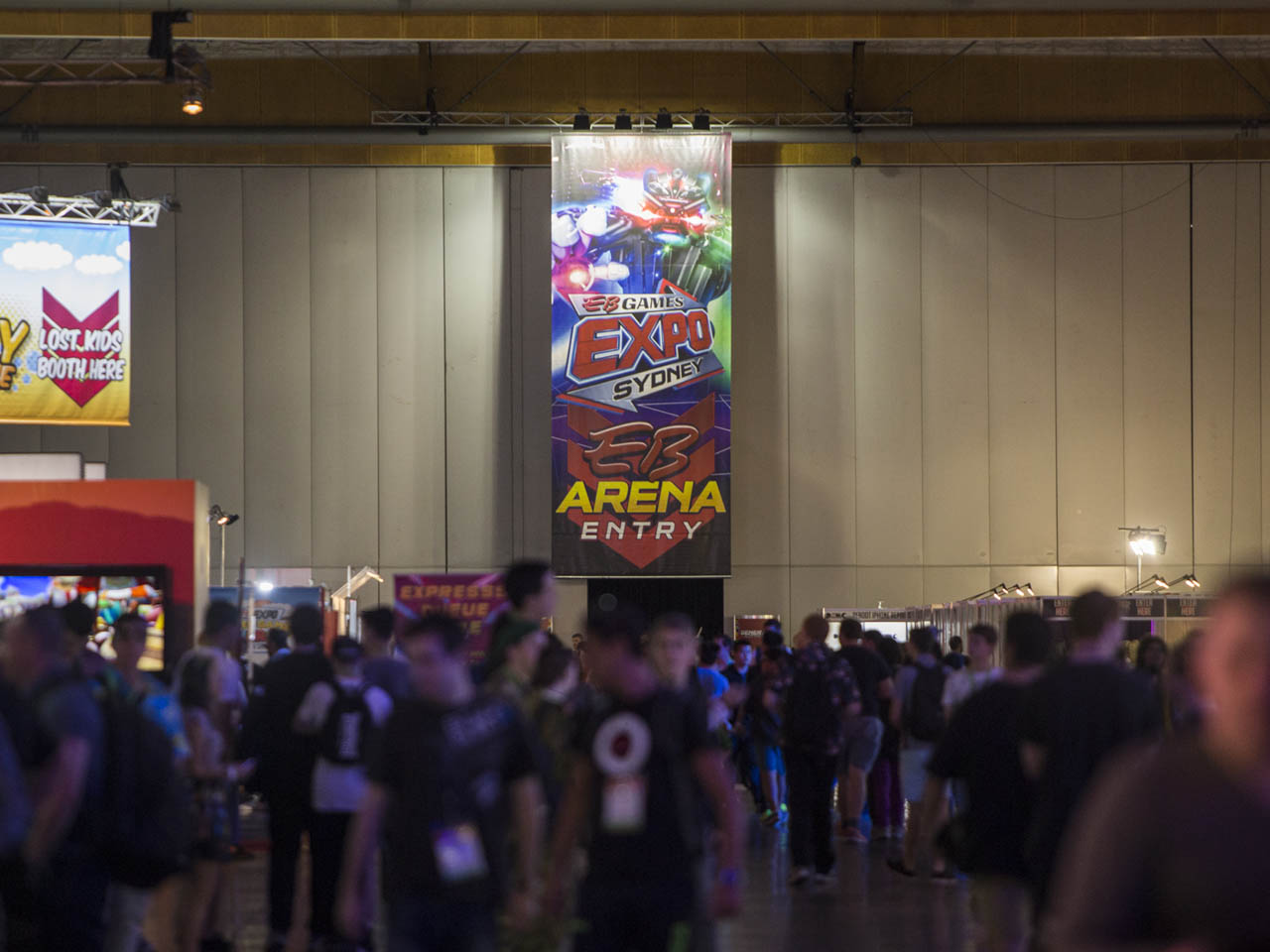 Over at Xbox, gamers were greeted by a Forza Motorsport 6 triple-screen set-up. Forza 6 and a host of recently released games were available to play in the main area. Tucked away around the sides of the booth (and at the end of some pretty long lines), the stunning Rise of the Tomb Raider and Halo 5 Guardians multiplayer were playable.

In the theatre fans could watch the Quantum Break presentation.

Whilst, I had played the Halo 5 multiplayer beta earlier in the year, it was good to finally get a go on Rise of the Tomb Raider. As a PC gamer that tends to lean towards PS4 for this generation, I was a bit disappointed with the Xbox One exclusivity when it was first announced. I’ve got to say, having played through one of the tombs (yep, Crystal Dynamics have listened to fans and apparently packed the game with tombs to raid), I’m VERY excited to play this game on my Xbox One when it comes out in November. 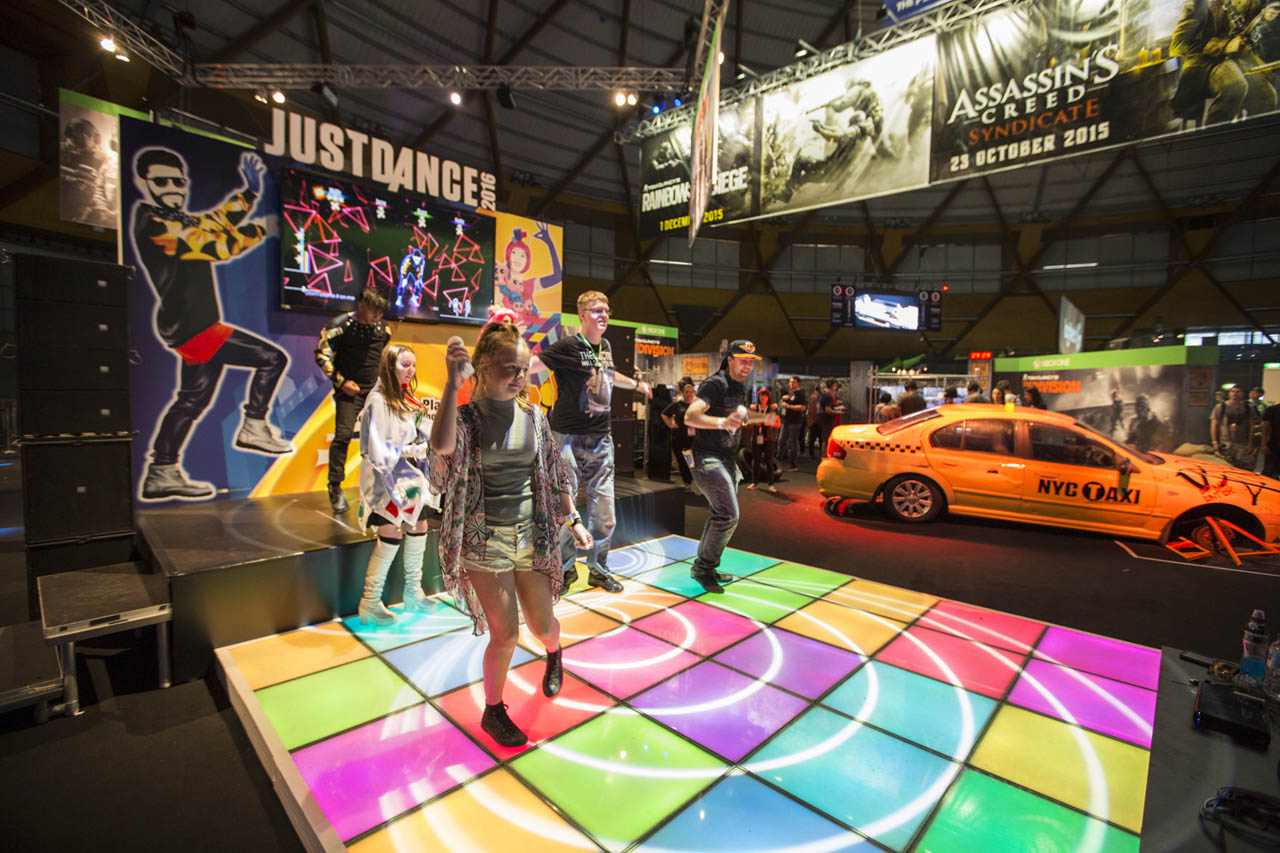 The PlayStation booth was all about Star Wars.

Sure they had an Uncharted 4 theatre and were previewing PlayStation VR to a select few, but the Force was obviously strong with PlayStation. PlayStation shared a lot of their real estate with EA who were demoing the long-awaited Star Wars Battlefront and Disney Interactive who were showing off the Star Wars themed sets from Disney Infinity 3.0.

The queues for Star Wars Battlefront were huge, with gamers happy to wait over an hour for a go on a game that wouldbe available in beta in week or so. Luckily,I was able to dodge the crowds at a special media-only event on the Thursday night before the show opened.

The Battlefront demo was the Hoth-based Walker Assault map with Imperials descending on the Rebel base. Whilst it felt like the Battlefront of old, the action this time was epic, with AT-ATs, AT-STs, X-wings, Tie-fighters, Y-Wings and Snowspeeders adding to the carnage on the ground.

All this was set to a back-drop that had huge Star Destroyers hanging in the sky. 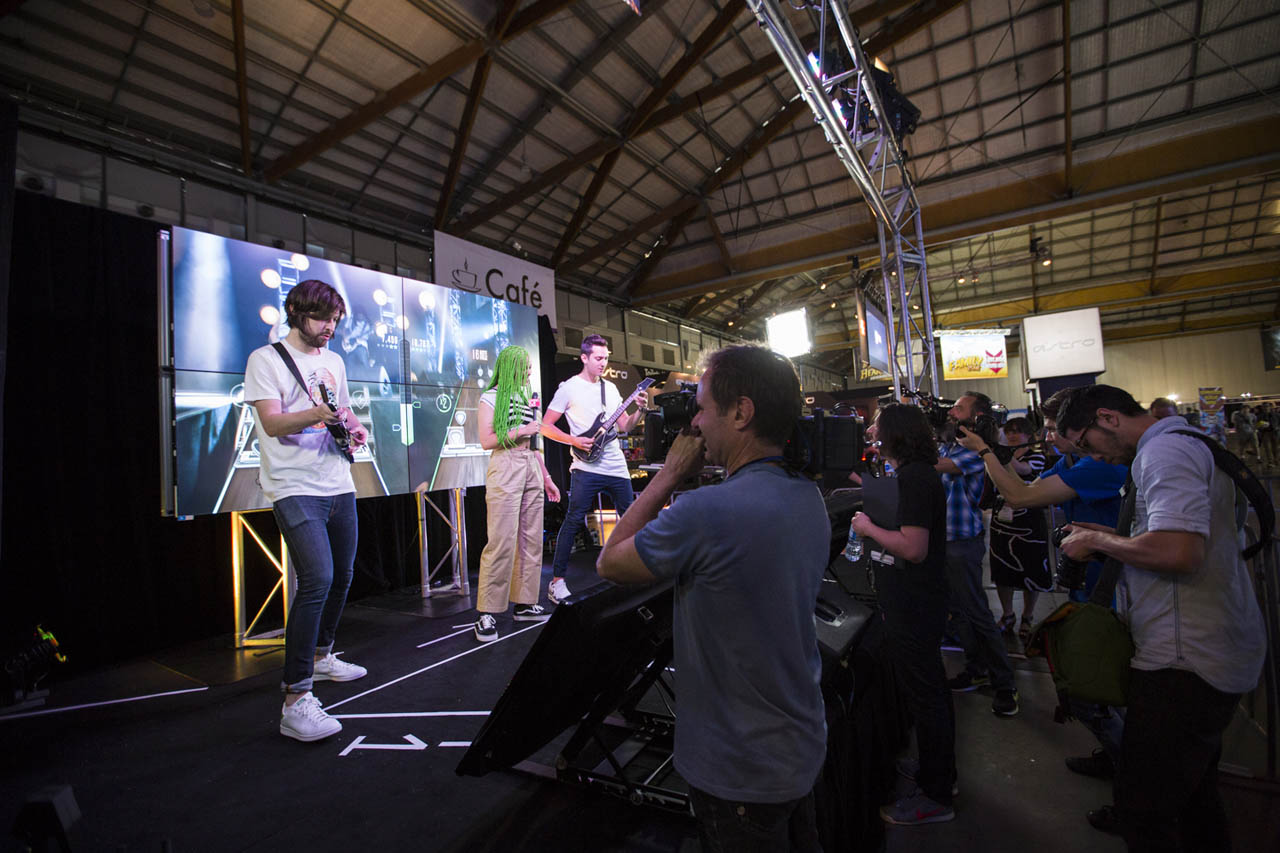 As well as Star Wars Battlefront, EA were also demoing the new Need for Speed, Plants vs. Zombies Garden Warfare 2 and FIFA 16, with Mirror’s Edge Catalyst on show in the theatre. The new Need for Speed looked particularly stunning with its near photoreal visuals.

EA Games were only one of a number of triple-AAA publishers showing off their upcoming blockbusters.

Activision’s Black Ops III demo area was bolted to the side of the PlayStation booth, showing just how invested in third-party games Sony is at the moment. Activision were also showing off Guitar Hero Live and Skylanders Superchargers at their own booth. Fans that played the Skylanders demo were treated to a free Skylander toy as they exited. 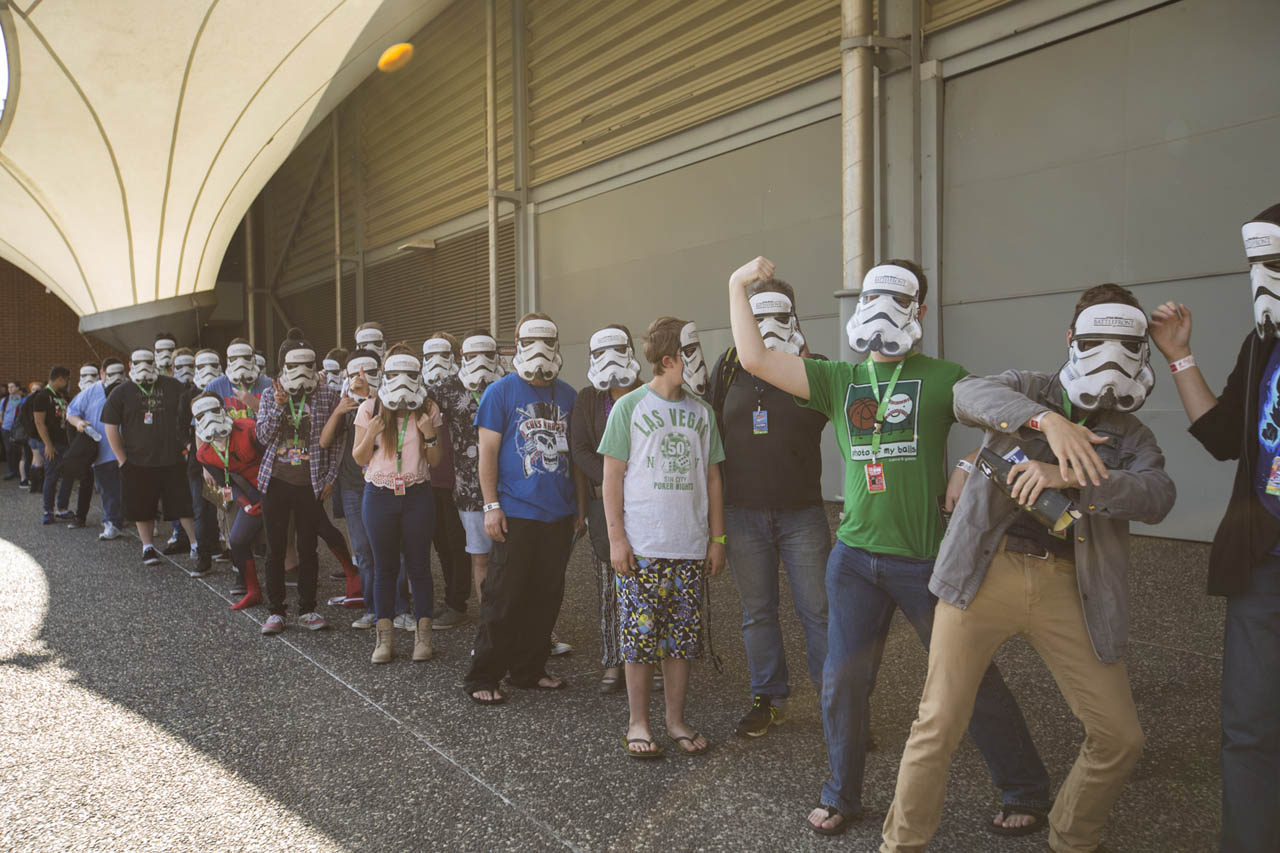 Seeing both Activision’s Guitar Hero Live and Mad Catz’s Rock Band 4 playable at the show made me very excited about the second coming of the rhythm music game. Both games had stages where fans could show off their guitar skills. Guitar Hero Live also had a backstage area with a dozen or so demo pods for gamers to try the game.

As usual, Ubisoft’s booth was dominated by their Just Dance stage. Rainbow Six Siege, Assassin’s Creed Syndicate and even The Division were all playable.

Bethesda were showing off their upcoming games, Fallout 4 and Doom in a theatre presentation. Outside the booth was a Vault-Boy statue and salvaged car from the wastelands providing an awesome backdrop for selfies. 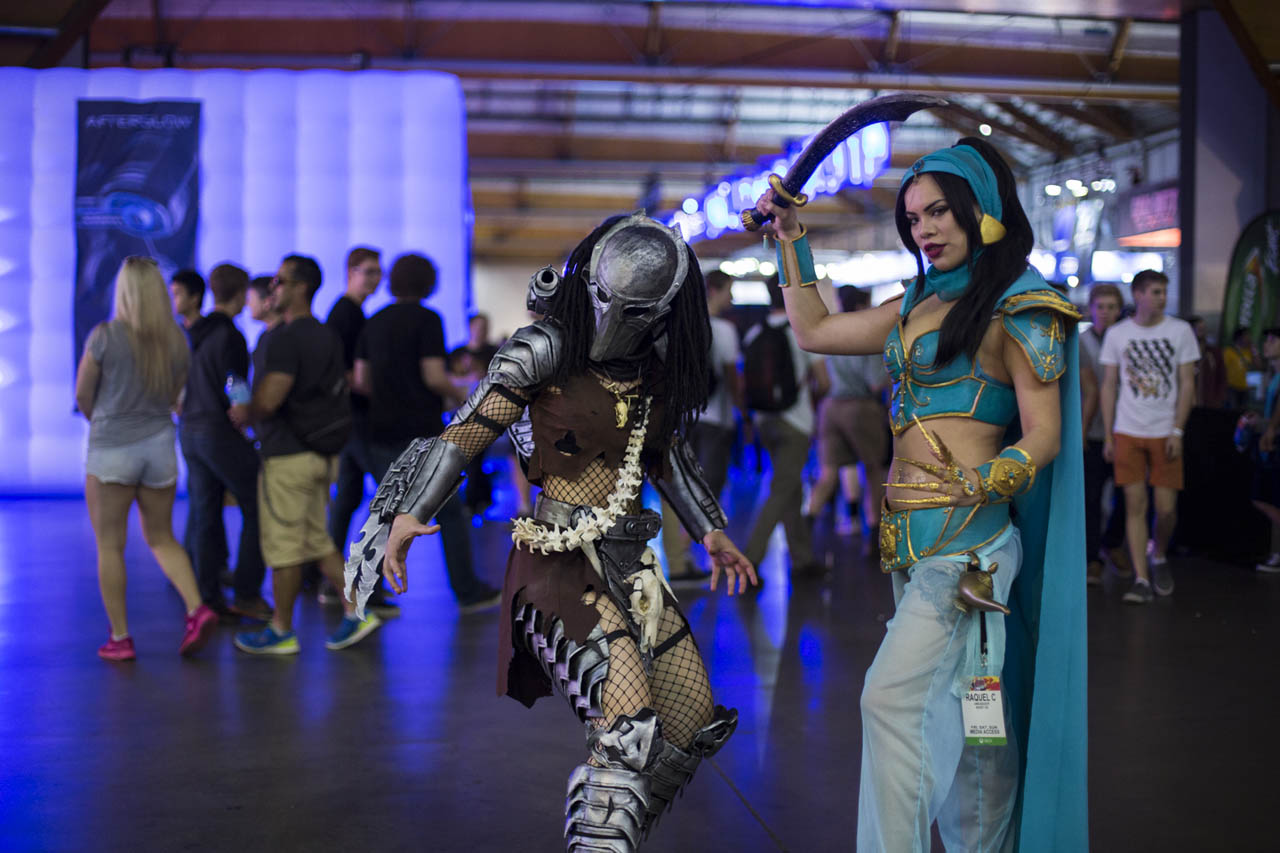 At the Bandai Namco booth the big hitters were playable demos of Dark Souls 3 and Just Cause 3. Whilst Dark Souls isn’t my cup of tea, it looked really good and fans were having a lot of fun with it. Just Cause 3 was an absolute delight, with the developers having taken everything that was right about the last one and turning it up to eleven.

2K Games had demo pods for the recently release NBA2K2016 as well as the upcoming WWE2K16. The star of the 2K booth was the Battleborn demo, which was very popular all weekend.

Whilst a glimpse of upcoming tent-pole games is the big draw to for the show, there was plenty of other things going on. 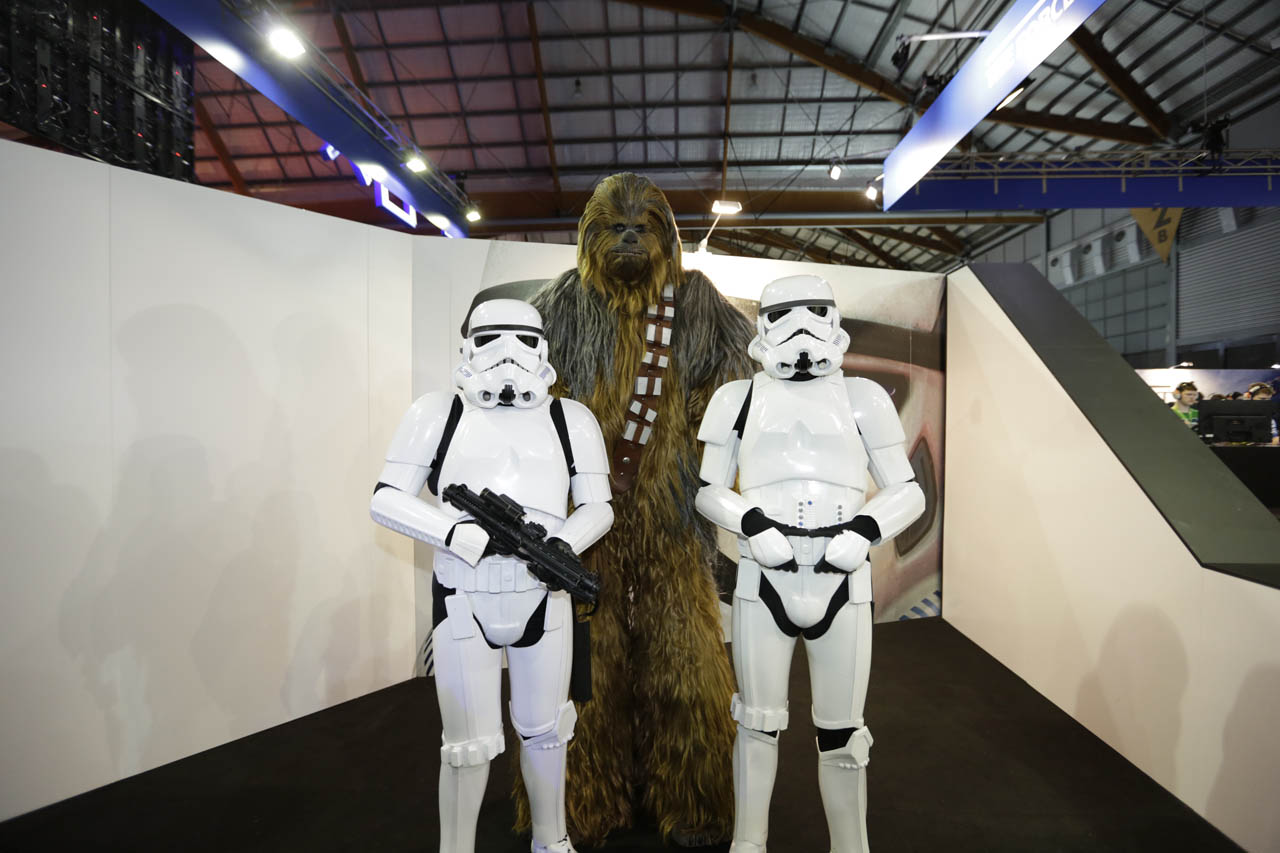 In the main arena publishers like Microsoft, Namco and Ubisoft all put on lavish presentations featuring live demos and guest developers. In Microsoft’s case they even had an appearance by Lara Croft.

Cosplay is a big part of the Expo experience for many attendees. As well as dressing up as their favourite characters for the hell of it, there was also the Just Cos’ cosplay competition. Dotted around the show floor there were a number of vendors selling costumes and props.

With retro games and the latest games in the freeplay area, as well as laser skirmish, this year’s show was a gamer’s paradise. 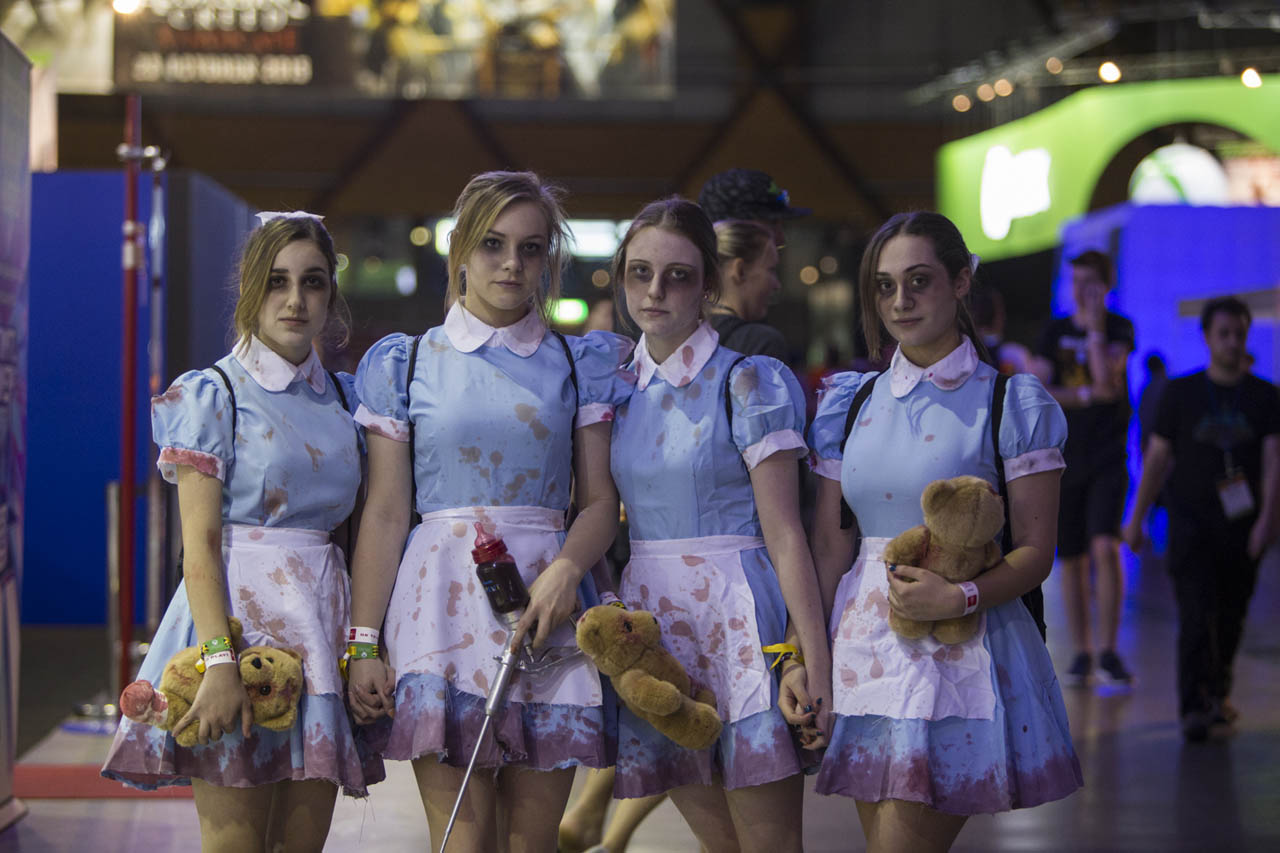 The EB Games store at the EB Expo, the biggest in the southern hemisphere, was a must-visit shop for hardcore gamers and casual fans, alike.

As well as t-shirts and their usual fayre, EB Games put out some long-unavailable collectors editions for sale at knock-down prices. Last year I picked up the awesome Titanfall Collector’s Edition with the huge Titan scale-model. This year I picked up the scarce Dragon Age Inquisition Inquisitor’s Edition, including the much sought-after tarot deck. There were also The Witcher 3 Collectors Editions, Mortal Kombat X Collectors Editions and some Gears of War 3 rifles for the knock-down price of AU$99.

Every year the EB Expo seems to go from strength to strength, giving Australasian gamers the sort of gaming extravaganza that you’d expect in the States or Europe. With hundreds of titles on show, most of which are yet to be released, it’s an essential part of the gaming calendar.