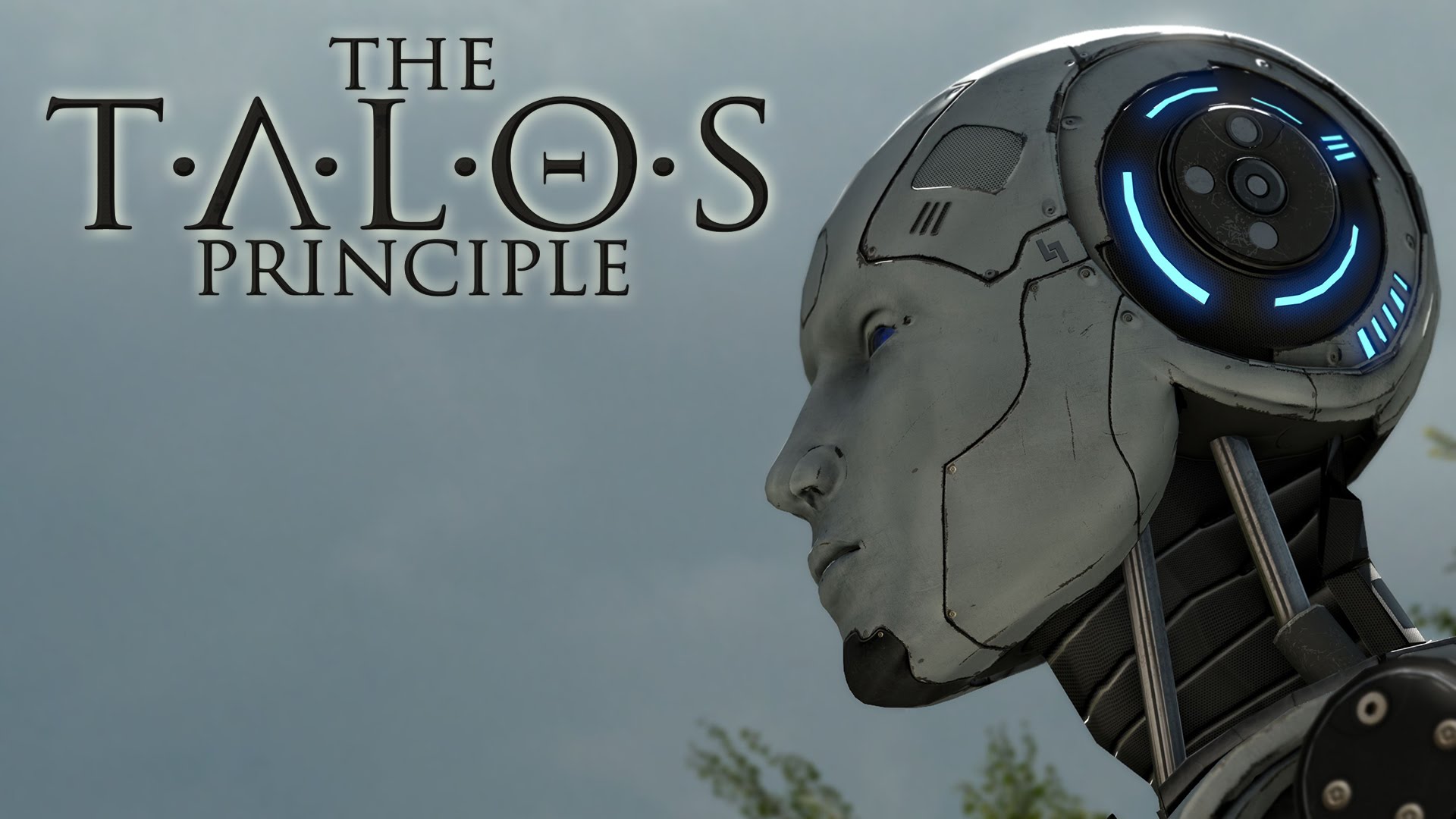 This review could be very short. Do you like Portal? Then play this game. It doesn’t reach the same heights as Valve’s revolutionary game, but it’s pretty good.

Okay, so you probably want some more information than that. The Talos Principle is a puzzle game developed by Croteam and published by Devolver. It’s a strange diversion from their Serious Sam series, though I’m not complaining. The Talos Principle was released on PC last year, and is making its move over to PS4 in October 2015. 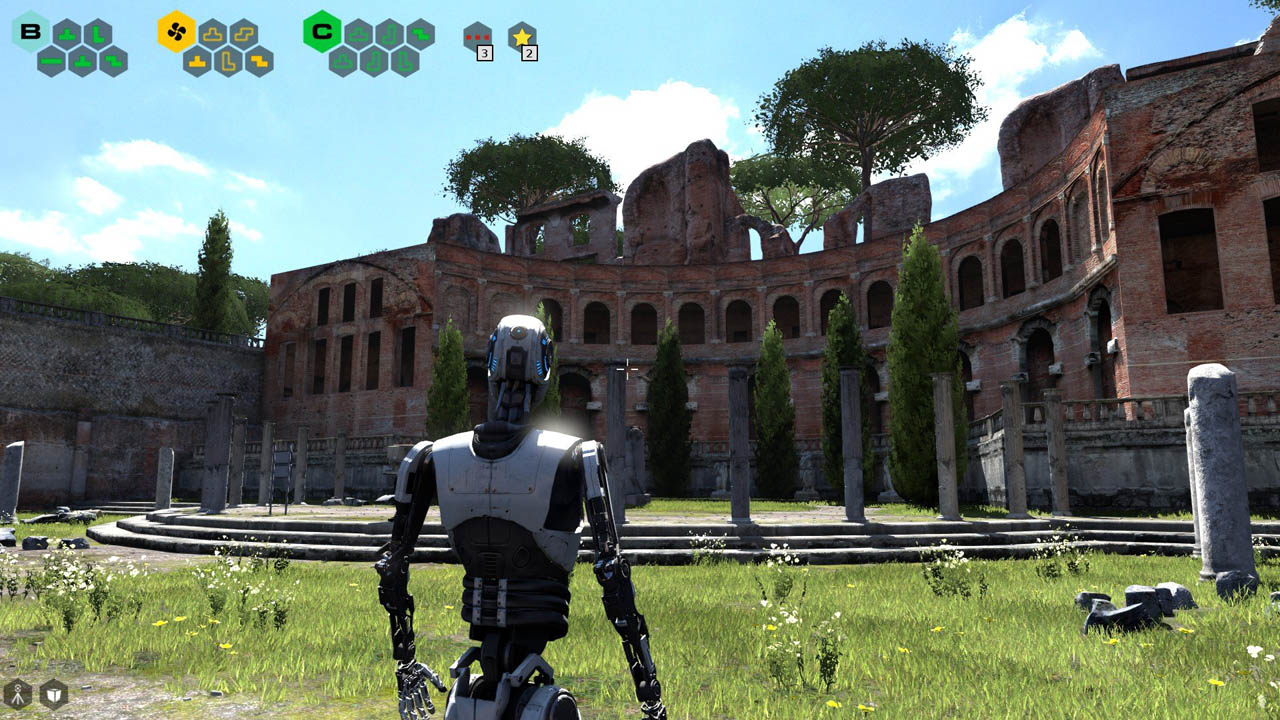 You, an unnamed and silent robot have been called by Elohim – or God – and He tasks you with collecting “sigils” from the world that He has supposedly created. These sigils look like Tetris blocks, locked behind a series of ever more complex puzzles spread across different worlds. The world act like mini theme sets, similar to Super Mario Bros 3 with about 10 areas that each contain about four puzzles.

As you progress you unlock an increasingly complex series of tools to use in the puzzle arena, from boxes (I did say it was similar to Portal didn’t I?) to reflectors and more. This leads to a game that is great for picking up, doing three of four quick puzzles and then being able to put down again.

This also gives you quite a high degree of freedom in which to tackle the puzzles, so if one is too hard, then you can always come back to them later. In particular I found the Red Levels hard, and the semi-secret stars harder still. 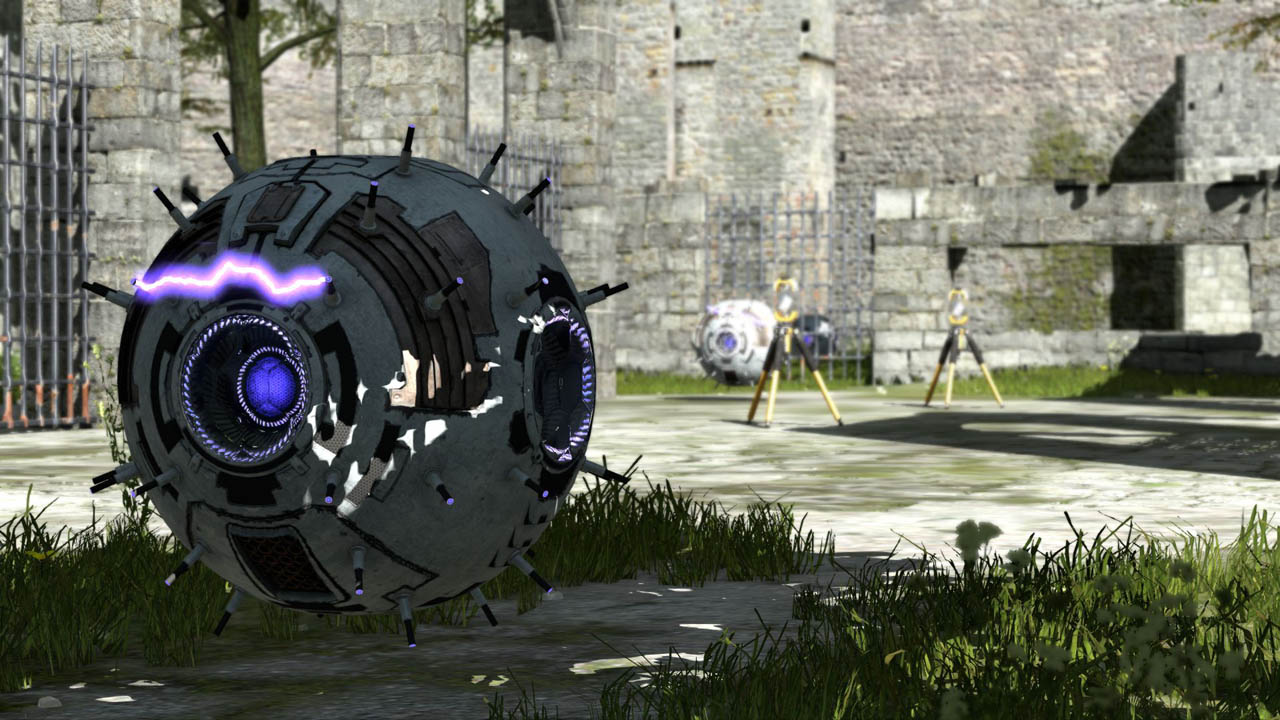 In developing its world and creating a meaningful backstory, Talos draws heavily on Hebrew and biblical history with mentions of Gehenna, Elohim, covenants and other Judeo-Christian references. This is meant to make the world interesting and “deep”, but I found that it all adds up to the developers taking themselves a bit too seriously.

It fancies itself as a bit of a philosophical type game, reminiscing on what it means to be human, but in the end it’s still a puzzle game.

Much of the story is told via terminals found throughout the game worlds. Reading emails off an Apple II style command prompt was never fun, especially on a large TV which is generally unsuited for blocks of text. I found the story and the game itself was too far apart and other games, such as Portal, did a better job of integrating the story into the gameplay itself, with a bit more humour and self-deprecation. 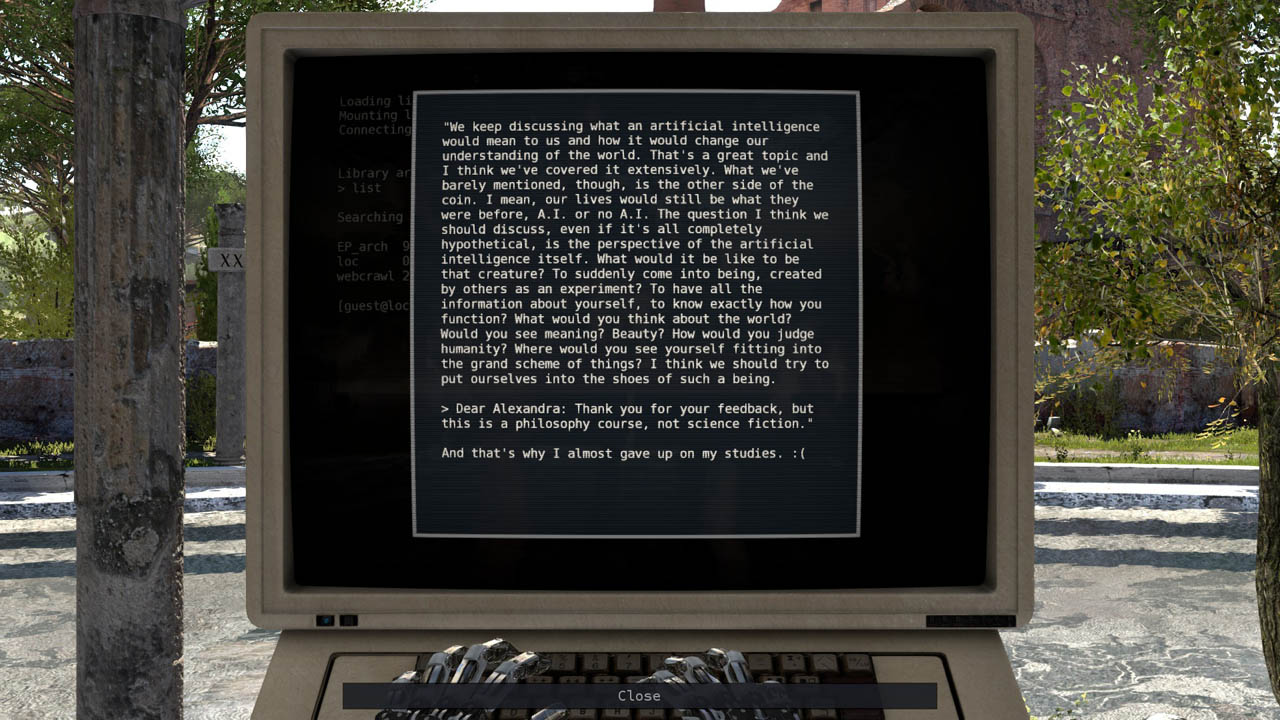 At least the worlds are gorgeous, with the surprisingly robust Croteam’s Serious Engine 4 technology looking stunning and in full effect. The worlds are a bit empty, but that’s part of the mystery of the game, one that is revealed later on.

Even better, it runs at a native 1080p and 60 frames per second, a feat that many other current gen console games haven’t been able to reach. It’s actually a bit overkill for a puzzle game but it’s nevertheless great to see.

You can decipher the puzzles in first person or in two modes of third person, which you are able to switch on the fly. Given that many of the puzzles are on a relatively 2D plane, getting some height above your character can be quite helpful in determining the lay of the land. Another small benefit is that your robot moves quite quickly, and the run button is more of a sprint which is useful for crossing between puzzle arenas and for repeating a puzzle you’ve stuffed up a few times. If you are truly stuck you can reset the entire puzzle too. 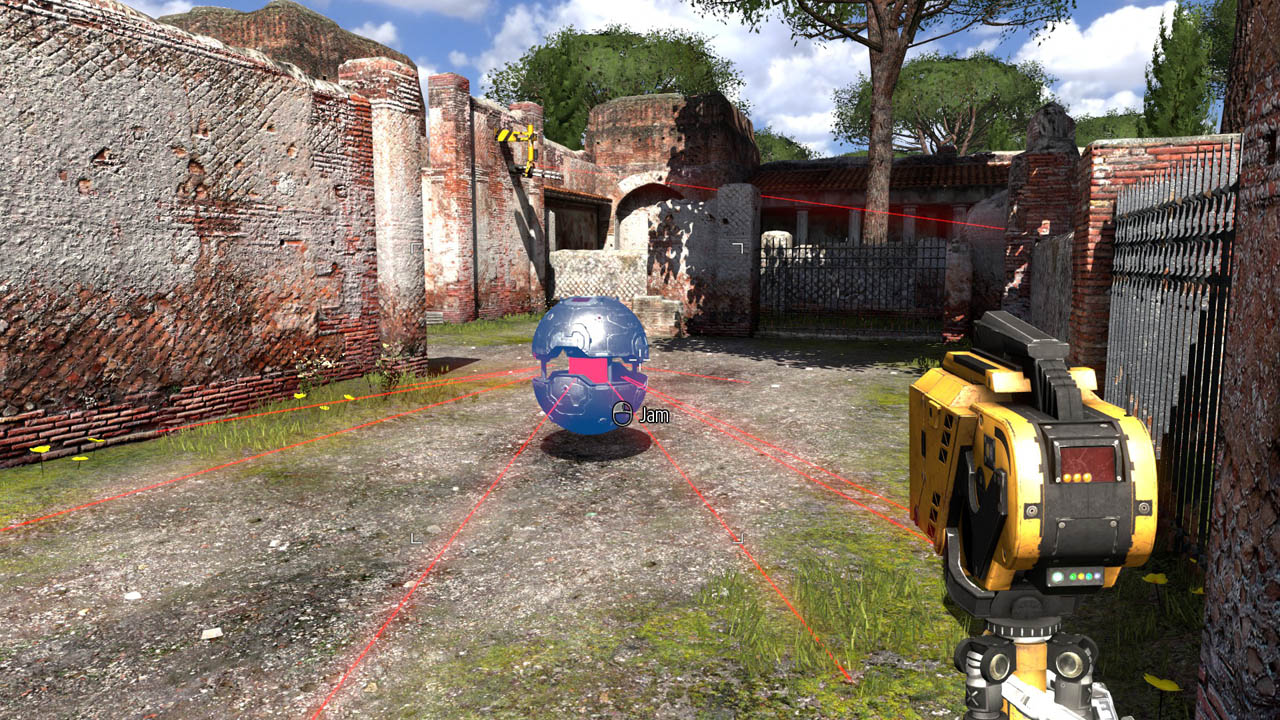 The Talos Principle is a smart, sometimes intriguing tale told through puzzles that will keep you on your toes for hours on end.

The PlayStation 4 version also includes the Road to Gehenna DLC, a series of more complex puzzles with a connected but separate story. For a puzzle game The Talos Principle is deceptively deep. While Portal was content to make its mark and then leave, The Talos Principle lingers longer, drink in hand and ruminating on what it has just done.

If you enjoyed Portal 1 and 2, then you will like this game. I would even suggest this is the type of game non-gamers can get into; I was able to intrigue my non-gaming housemate into helping me with the game. Now I can’t wait to see the Serious Sam themed sequel.