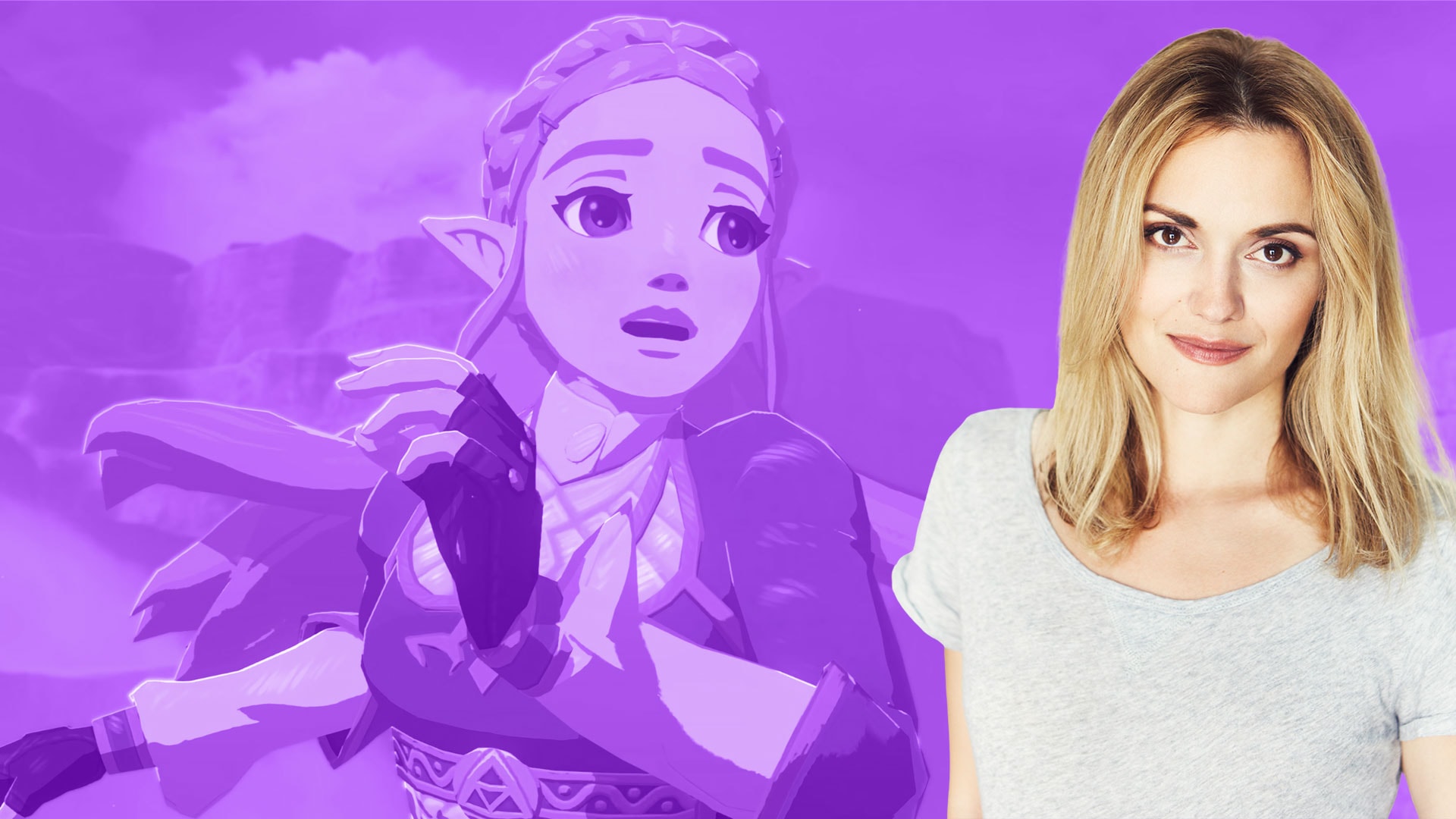 This annual event is coveted by many cosplayers and gamers as each year at the end of October the gates open to the hundreds of thousandfs of attendees and cosplayers that attend the three and a half day extravaganza.

Scifi, fantasy actors from TV and Film ready to do their signings, comic artists with pencils in hand, aptly themed merchandise vendors everywhere and the biggest video gaming floor ever seen in New Zealand.

While Xbox was not in attendance again this year – every other first and third party publisher had hands-on booths and gamer lighting on the go.

Nintendo making a large footprint had varying first and third party titles across an array of Nintendo Switches.

PlayStation kept up with their traditional theme, DJ music pumping out under the blue lighting with two features this year; Iron Man VR (PSVR) and Death Stranding Theatre. 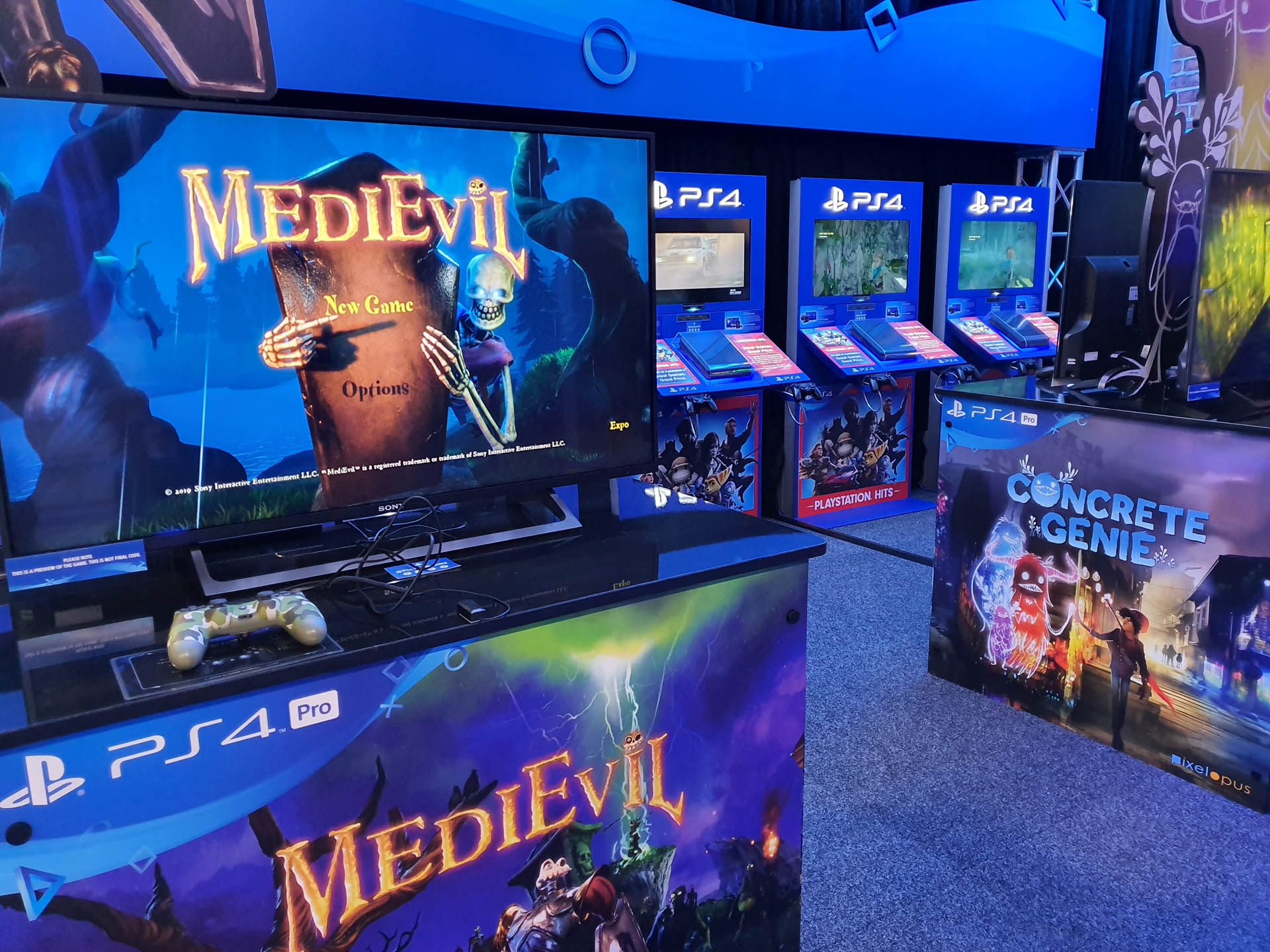 The Death Stranding was behind closed doors and those that were of the correct age to attend a screening were treated to around 20 minutes of intense gameplay footage for the JRPG / Action title that releases on the 8th of Novemvber 2019.

The reworked classic MediEvil also had a presence for gamers to play the full game, which by this stage had just released.PlayStation also offered up ‘PlayStation Friendlies’ in a partnership with eSports company LPL (Lets Play Live).

Would be champs took on friendly battles on the PS4 console live in the PlayStation stand. 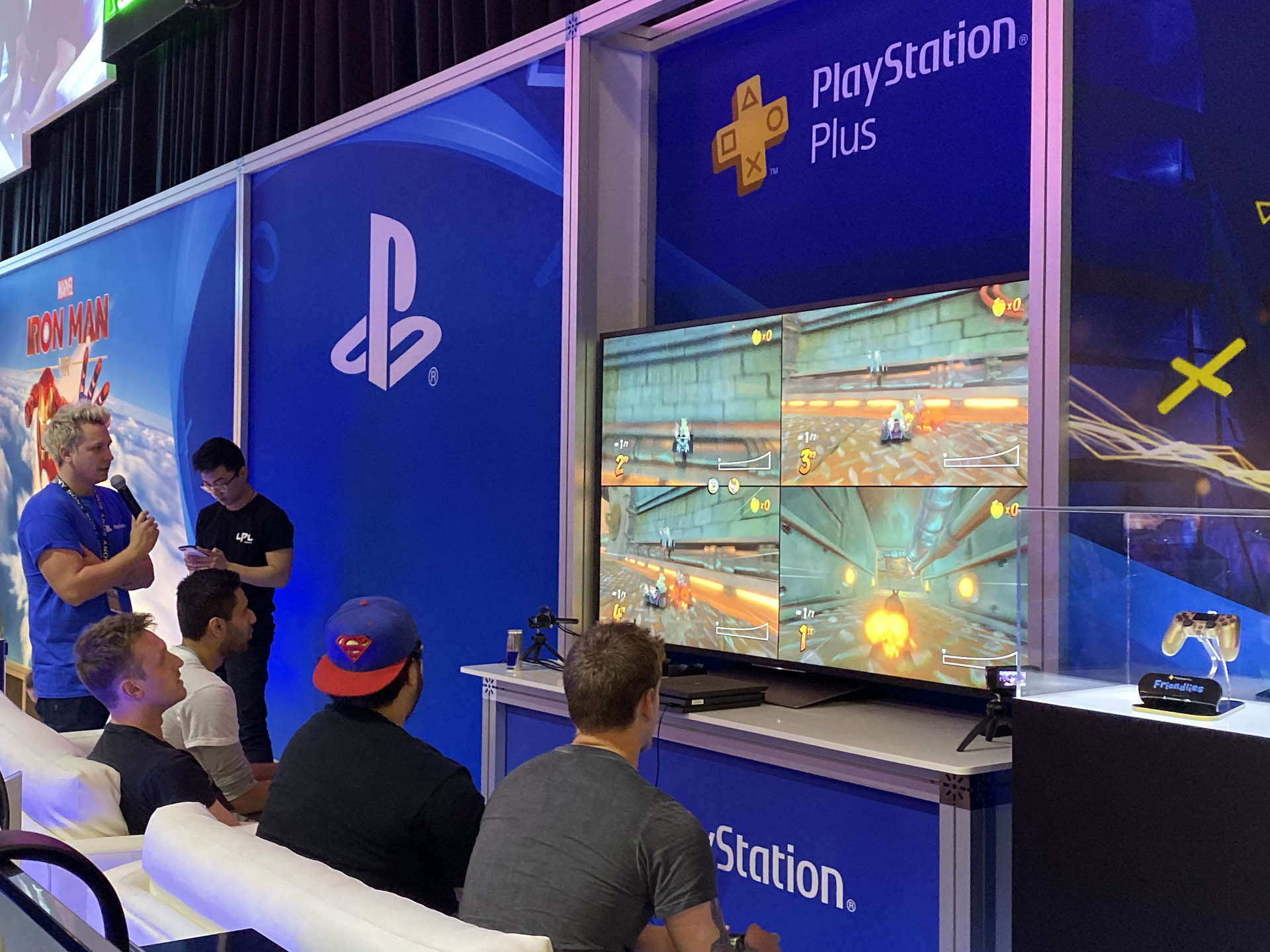 HP Omen showcased streamers and had a live stream going on while Activision and Ubisoft offered play time of Modern Warfare and Tom Clancy’s, while others opted to get their groove on on the Just Dance platform.

Armageddon 2019 also offered up something very very different this year in conjunction with Vodafone NZ who are poised to release the country’s first 5G mobile network – and that was Laughageddon.

Comedians and would-be comedians took to the flor in what at times were hilarious antics and it was refreshing to see something like this included. 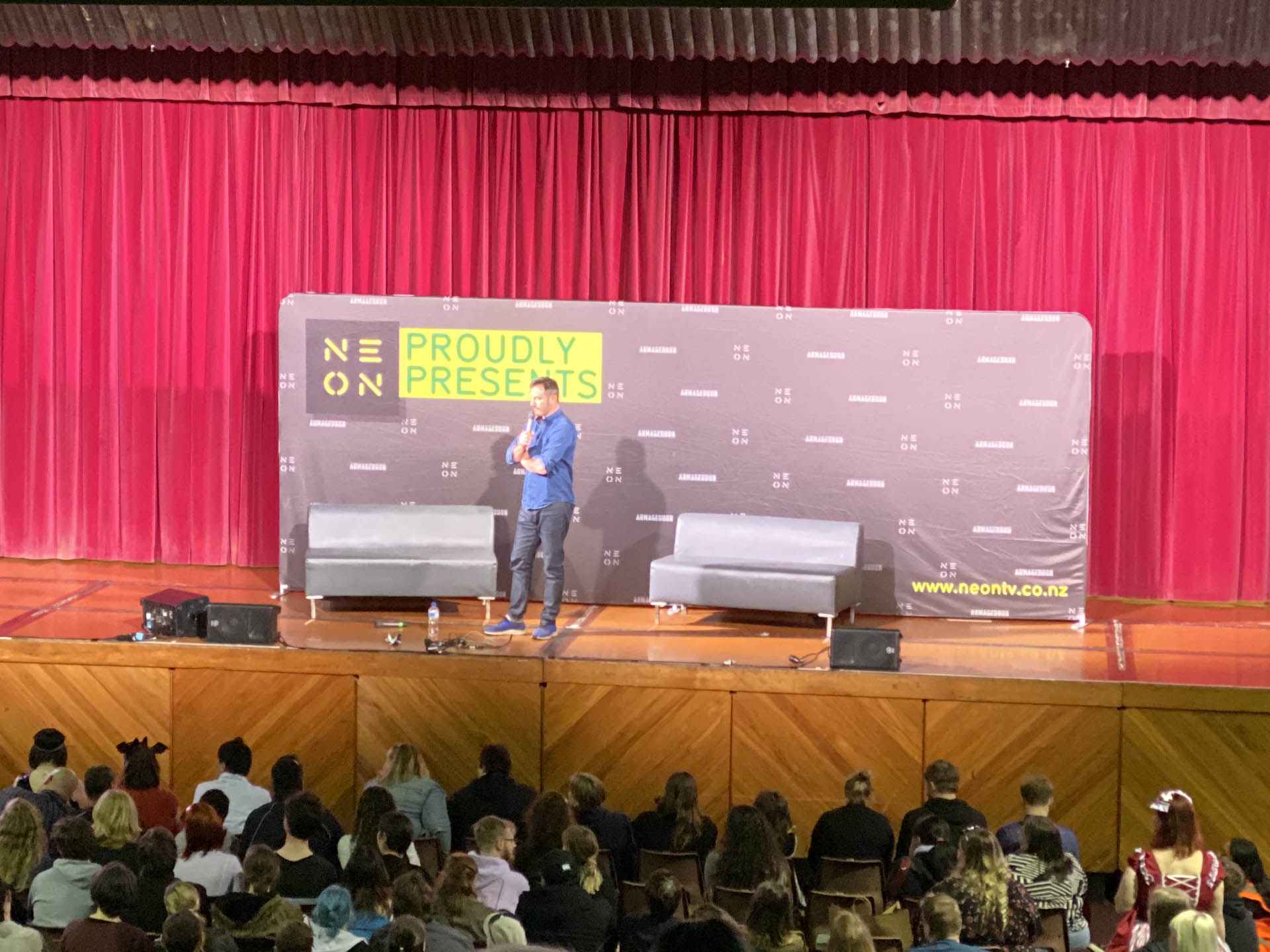 And it was here at the Expo of the year, otherwise known as Auckgeddon, that STG was able to sit down and chat to the actress, musician and voice over artist; Patricia Summersett.

Based in L.A. is Patricia, the voice of Zelda on Zelda: Breathe of the Wild and has a wide acting and voice over portfolio to the likes of the Smurfs movies, Ghost Recon Breakpoint and way, way more.

Not only is Patricia the master of video game and film character voices she also has her band’s second album about to release aswell. 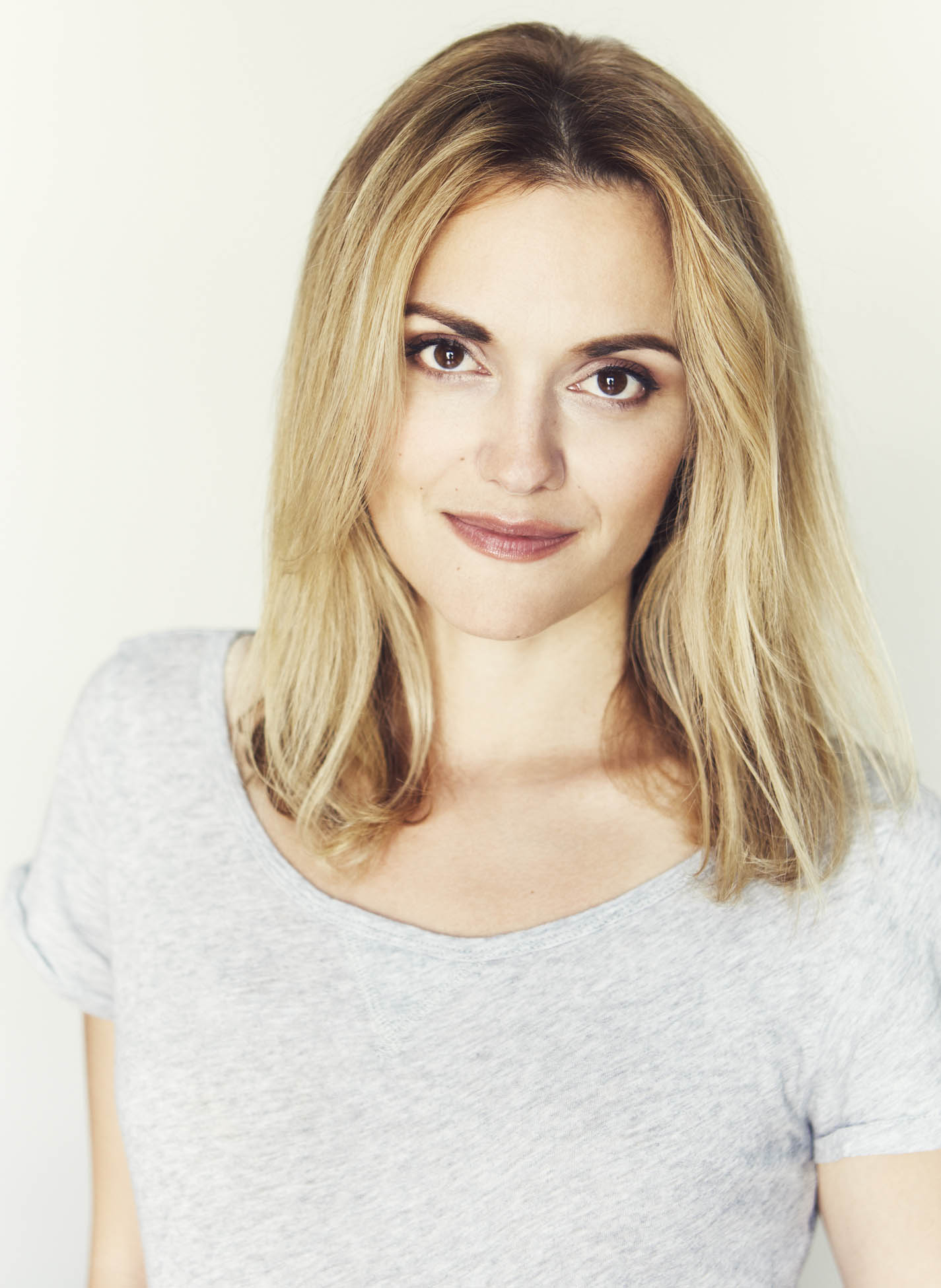 Shane: Hi Patricia, thank you for chatting to us here at STG. How are you finding the Armageddon Expo and being in New Zealand?

Patricia: I am absolutely loving New Zealand. It’s my first time here and Armageddon is fantastic. I have no complaints.

Shane: You have done voiceover for quite a few years now, and also an acting career as well. So, how you handle the flip from doing voice acting to live acting in front of a camera?

Patricia: It’s… interesting. I started to do them both simultaneously in school. And I mean, they are so closely linked, for lack of a better word, like, I find the flip not not awkward at all. Because for me, when I’m doing voice acting, it’s very character driven, especially with video games these days that are very sophisticated and you have a lot of the same writers that are writing for TV and film or writing now for games. And so there’s lots and lots of crossover and you’re often working with TV and film actors, and theatre actors. So I do a lot of that.

That hybrid switching over ends up happening in things like motion capture. But in terms of like a voiceover, I really enjoy that kind of work because the environment is really fantastic. And I’ve always enjoyed it. I’ve been a little bit obsessed with sound from young age. My training is actually to be in traditional acting theatre. And, well, years of theatre, before even TV and film, so I do sort of come from that base with anything that I do. 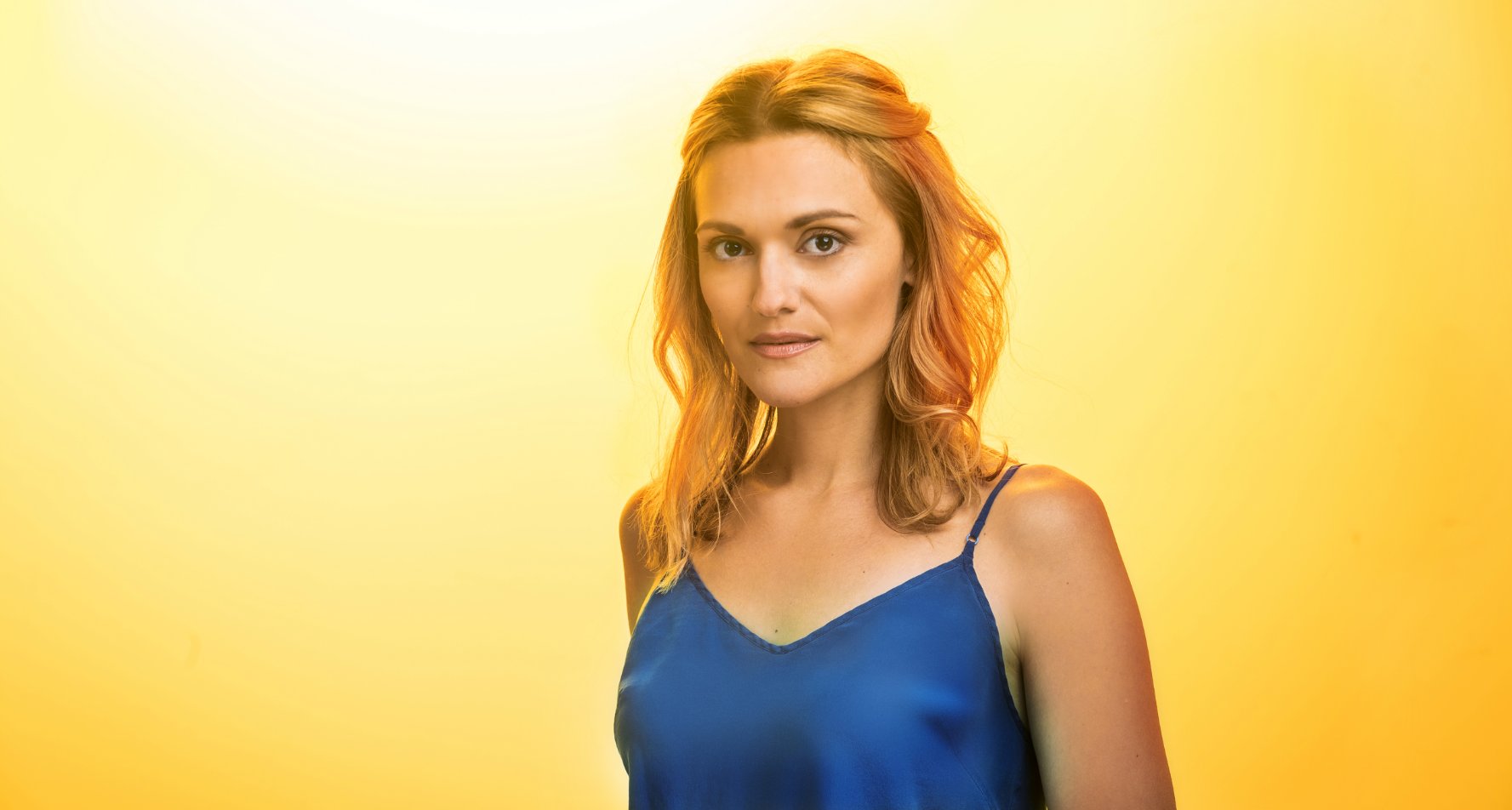 Shane: Great, so being the voice of Zelda, how did that come about? And, and how has that changed anything else that you’ve done since then?

Patricia: It’s a big question. Yeah. That came about a very interesting time for me.

I’ve been voice acting and acting for 10 years, a lot of it had been based out of Canada, bit in London, a little bit in the States, but I made a big career move to LA finally, to pursue more voice, and it was upon landing there that I actually audition for an unknown game. And it ended up being that game. So it was basically the first thing I auditioned for when I moved to Hollywood.

And that was my incredible reward. So, in a sense, it changed everything for me in one way, in that I am suddenly traveling the world now and have been for two and a half years since the game has been released, which is something that I always wanted to do. So I’m living a dream that I that I did want to, you know, complete, and I love it. I wouldn’t have it any other way.

I still have to audition and I still have to adjust, you know, for every new role that I’m doing. So it’s both of those things. I’m still just a working actor like everybody else. But it is a particularly interesting thing to carry around with me and to be able to have fans and meet them and it’s also elevated the other games that I’ve done, so those other games didn’t bring me to conventions in and of themselves. But now I have a nice body of games that I can offer when I come to conventions.

Shane: All right, and which do you prefer? Do you have a preference between voiceover acting or camera?

Patricia: I love them both equally. I really, really do.

They have such different working environments. It would be really hard to choose because it totally depends on the project and the team. And, as I mentioned before, like there’s that hybrid middle where you’re doing motion capture, which is a very interesting combination of both. And that’s maybe some of my favorite work. So I can literally say that 50 / 50 in those domains is some of my favorite work. So yeah, I don’t know. I can’t choose. 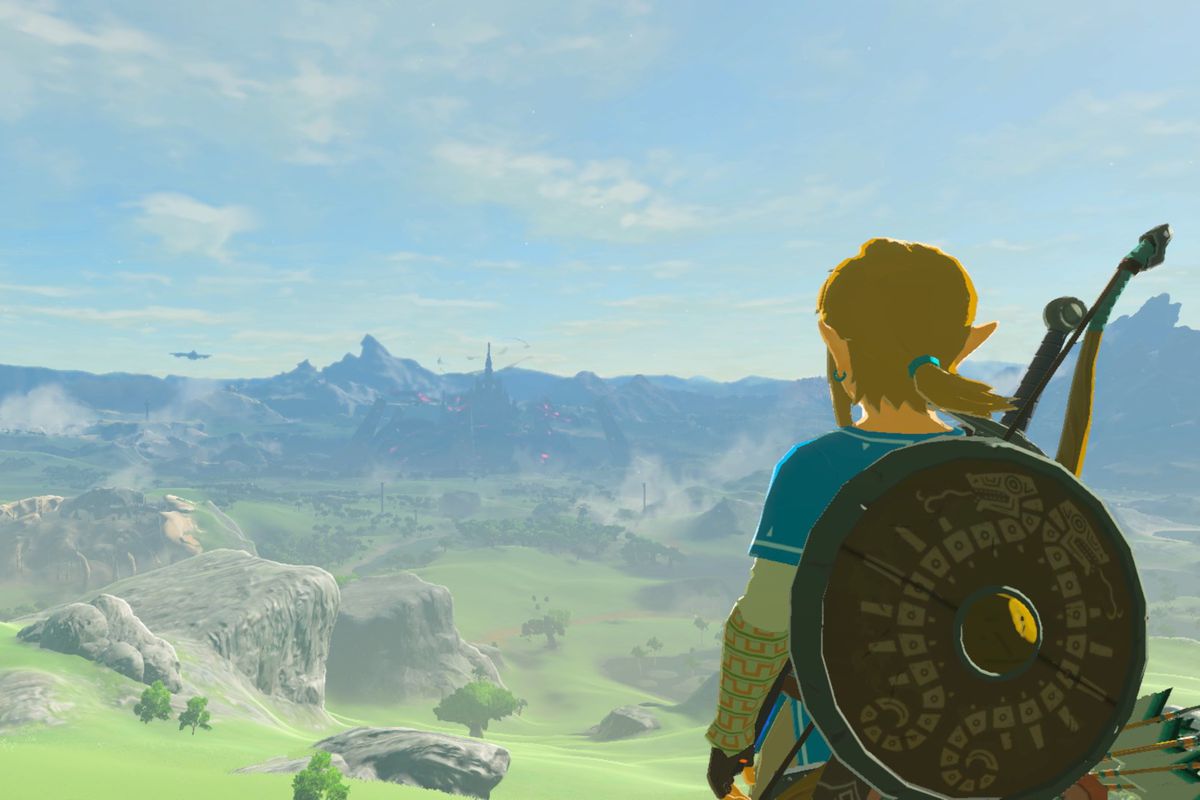 Zelda Breath of the Wild

Shane: Now you have a second album coming out. So you’ve got music, theatre, voice acting, live acting. Do you have any downtime, how do you manage all that?

Patricia: How does anybody manage their life, you know, this kind of entrepreneurial work or you know, contract work.

I don’t have a lot of downtime, but I, I do celebrate that I get to do something that I love while I’m working. And for example, when I do these conventions, that means I have no downtime and no weekends. But I’m also traveling, meeting amazing people eating the foods for different places. It’s just – it’s the best thing ever. Sometimes I think I cannot sustain the pace that I’ve been going yet.

It’s an amazing chapter that I’m honored to be in right now and this game has been, you know, Zelda has been such a big reason. So I’m just yeah, I’m thrilled to be overworked.

Shane: What is next for Patricia Summersett?

Patricia: Oh, well, I’m working on a few different games at the moment, which I cannot talk about right now.

But other than that, yes – my music, we’re releasing an album probably early winter. It’s been a bit delayed because we just want to get it just right. All the recording is done for it. So new album, new games, some more travel and hopefully some downtime, abit of Yoga.

Shane: Alright, cool. Well, thank you for talking to us today at Armageddon Expo 2019. We really appreciate it. It’s been great meeting with you.

Armageddon Expo or Auckgeddon occurs every Labour weekend in Auckland New Zealand aswell as various other Expo’s around the country. You can find out more on their Official website.