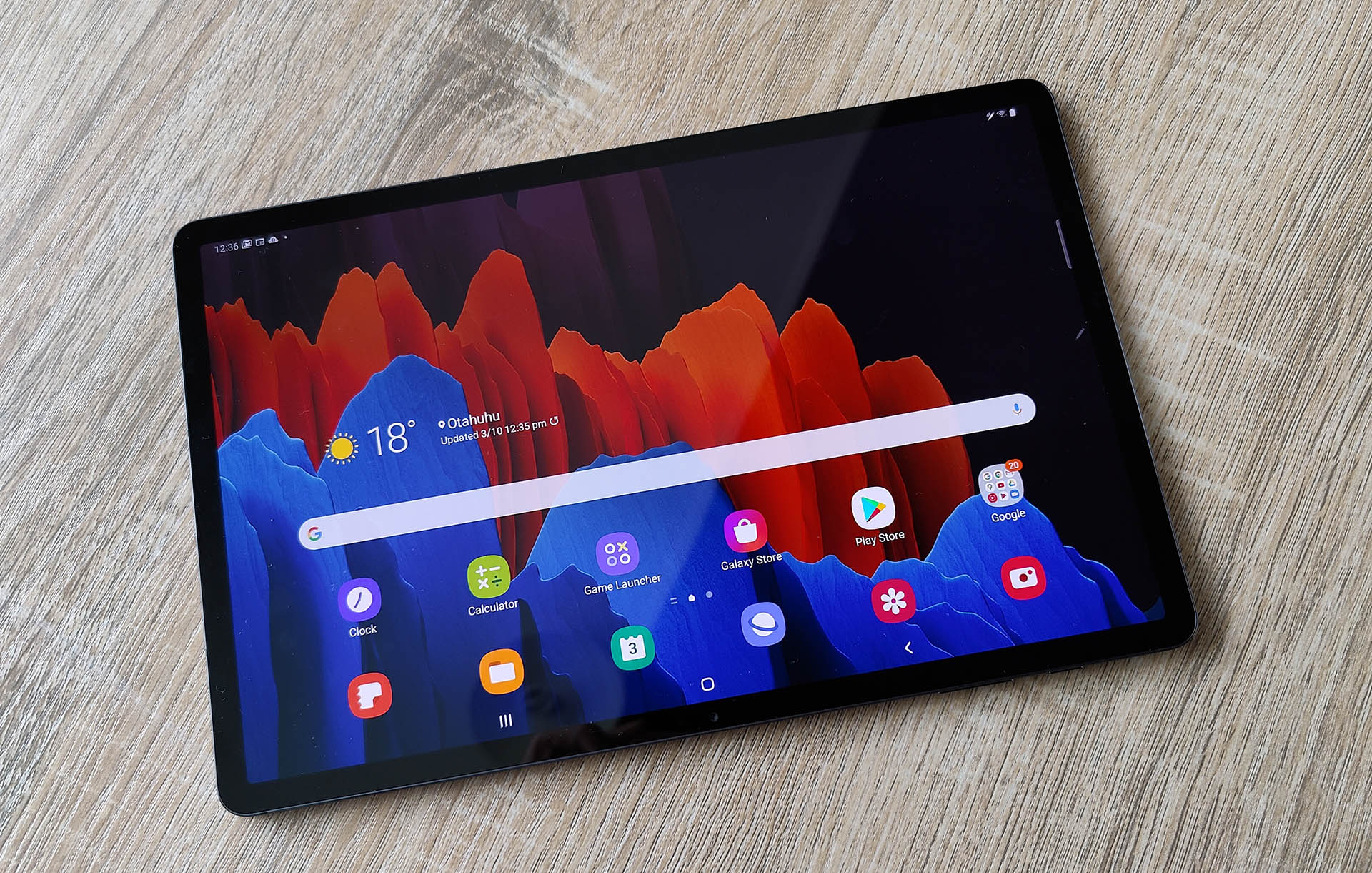 Introducing one hell of a super tablet.

Traditionally tablets have been a slightly watered down version of a flagship device, or at best on par with a mid range smartphone.

Bigger but not badder and most definitely not like the top shelf phone from the same manufacturer. Not so with Samsung’s just released Galaxy Tab S7+.

It has all the goods to keep you working, playing and content creating with the benefit of a low bezel 12.4 inch Super AMOLED screen. 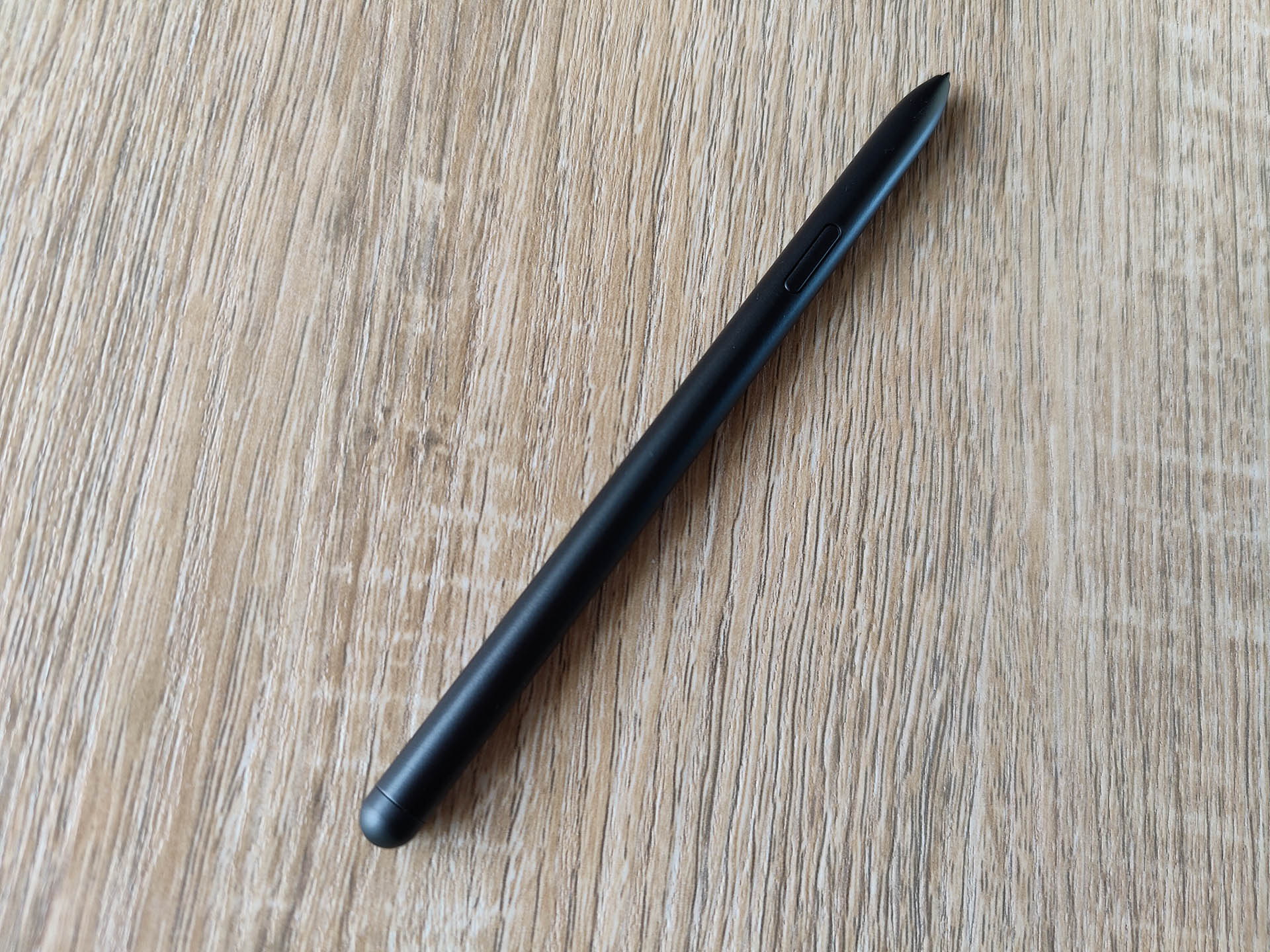 The included S Pen magnetically charges on the back of the tablet – this said I think placement could have been a wee bit better – if you are charging the S Pen on the tablet and using the Tab S7+ at the same time on a flat surface the tab will not sit flush.

I can also imagine alot of S Pen’s lost out there in the wild – unlike the Note series the S Pen is an external accessory that does not slot inside of the tablet.

Builtin you’ll have 256GB of storage, 8GB RAM and all is powered by a similar processor as Samsung’s flagships; Qualcomm Snapdragon 865. You can expand the storage with a microSD card (up to 1TB).

For the content creators out there – whether you vlog, stream or are a social media Queen the S Pen comes in handy if you need to do any touch ups or creative work. 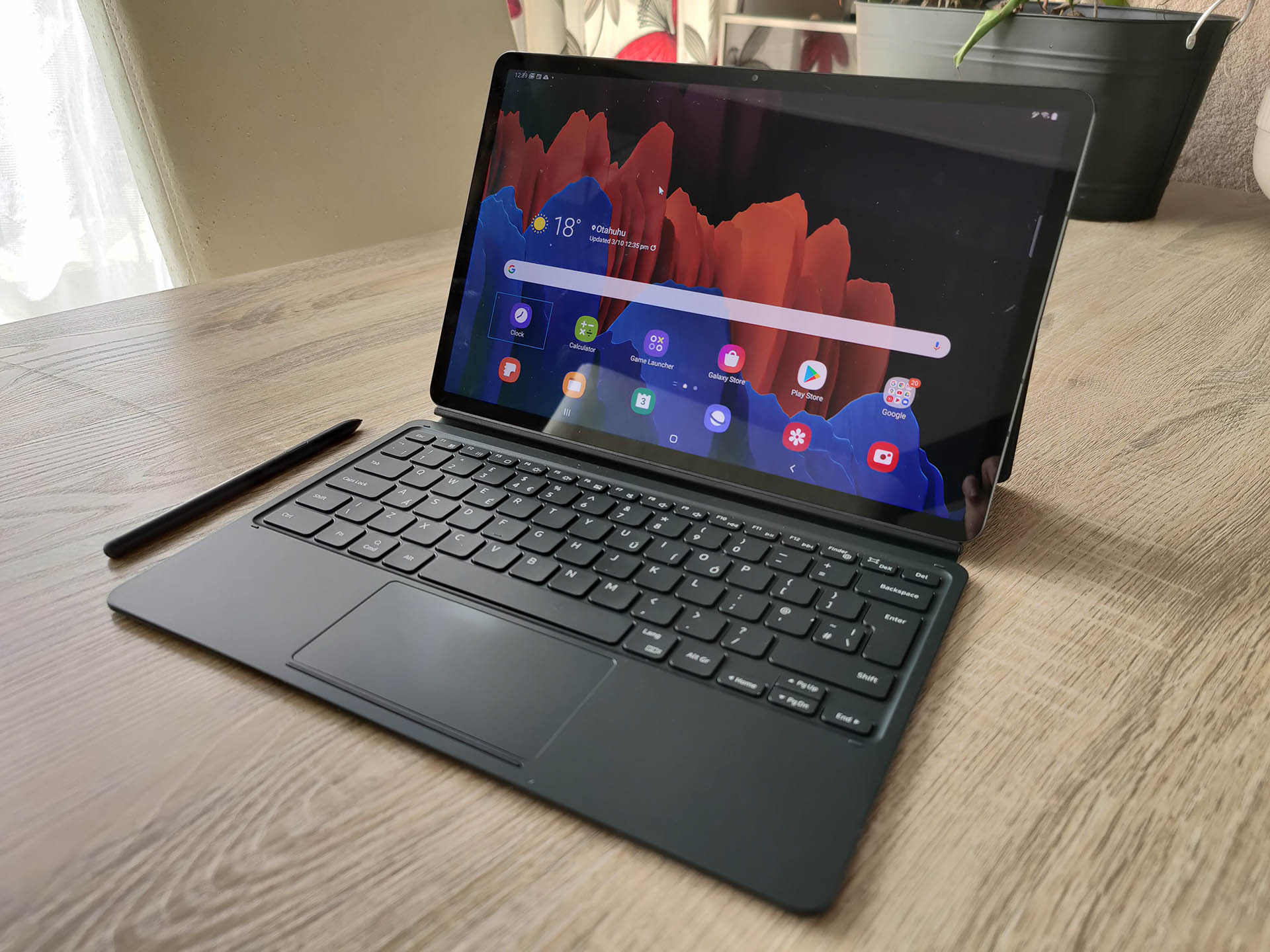 Multi-window and multitask like a pro – the larger screen enables you to watch media while replying to emails and checking up on your social feeds, without having to squint to see all of the app windows you have open in one go.

As I suspected the camera’s are not on par with the high end smartphone range – selfie clocks in at 5MP and the rear has dual lens coming in at 13MP.

Still, not too bad and pleased to see tat the camera spec for a tablet is getting a bit higher than it used to be. 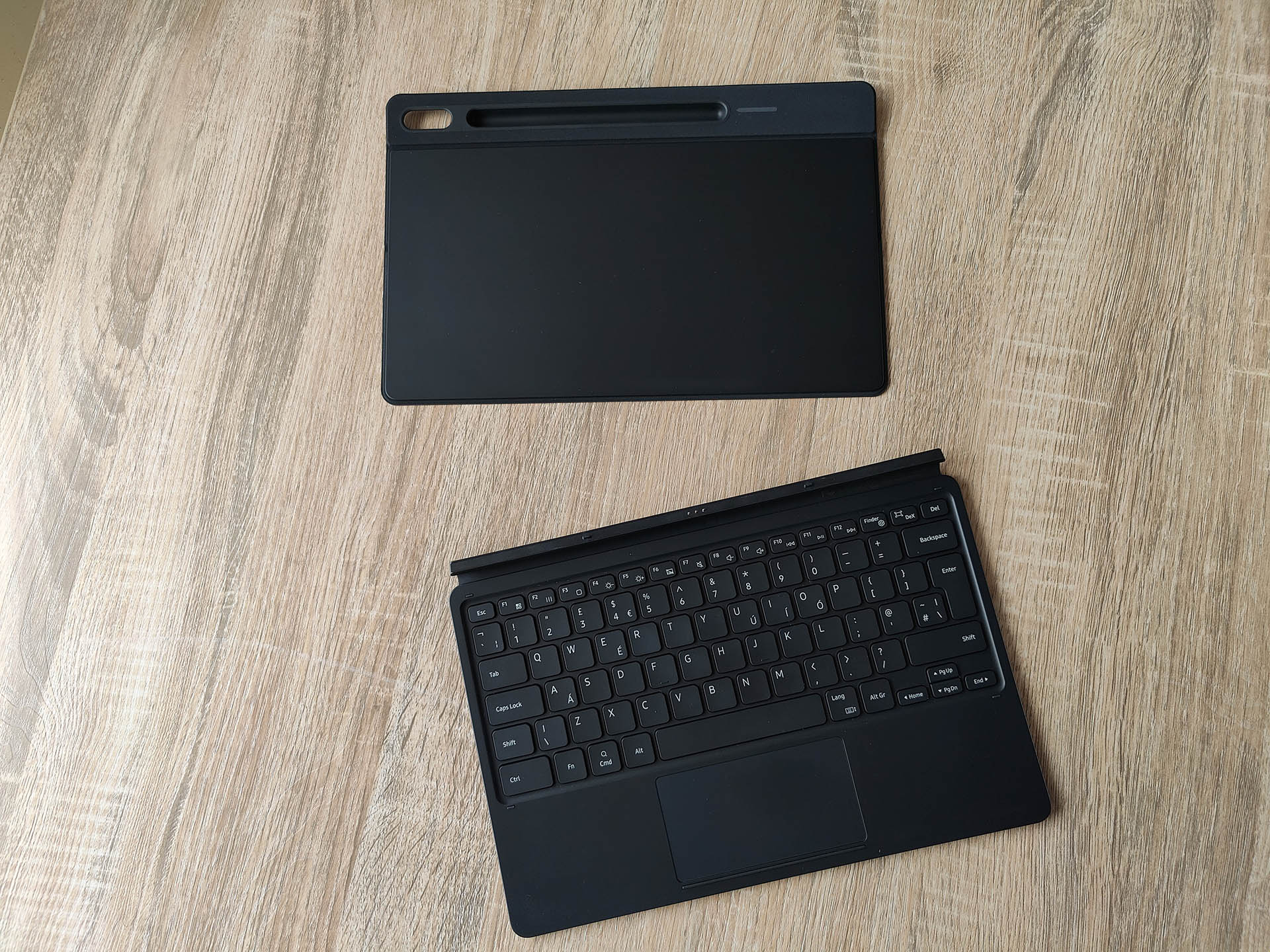 Watching media, streaming Spotify over bluetooth, or tapping out this review (with keyboard cover) on the Galaxy Tab S7+ almost blurs the lines between tablet vs. laptop.

The Book Cover as it’s called is in two parts. The back cover magnetically attaches itself to the rear of the Galaxy Tab S7+ with a cubby for the S Pen.

The keyboard, which is a fully functioning notebook keyboard also attaches magnetically to the Tab S7+ and has a trackpad – basically turning the tablet in to an Android 10 notebook.

The Galaxy Tab S7+ is also killer for gaming. 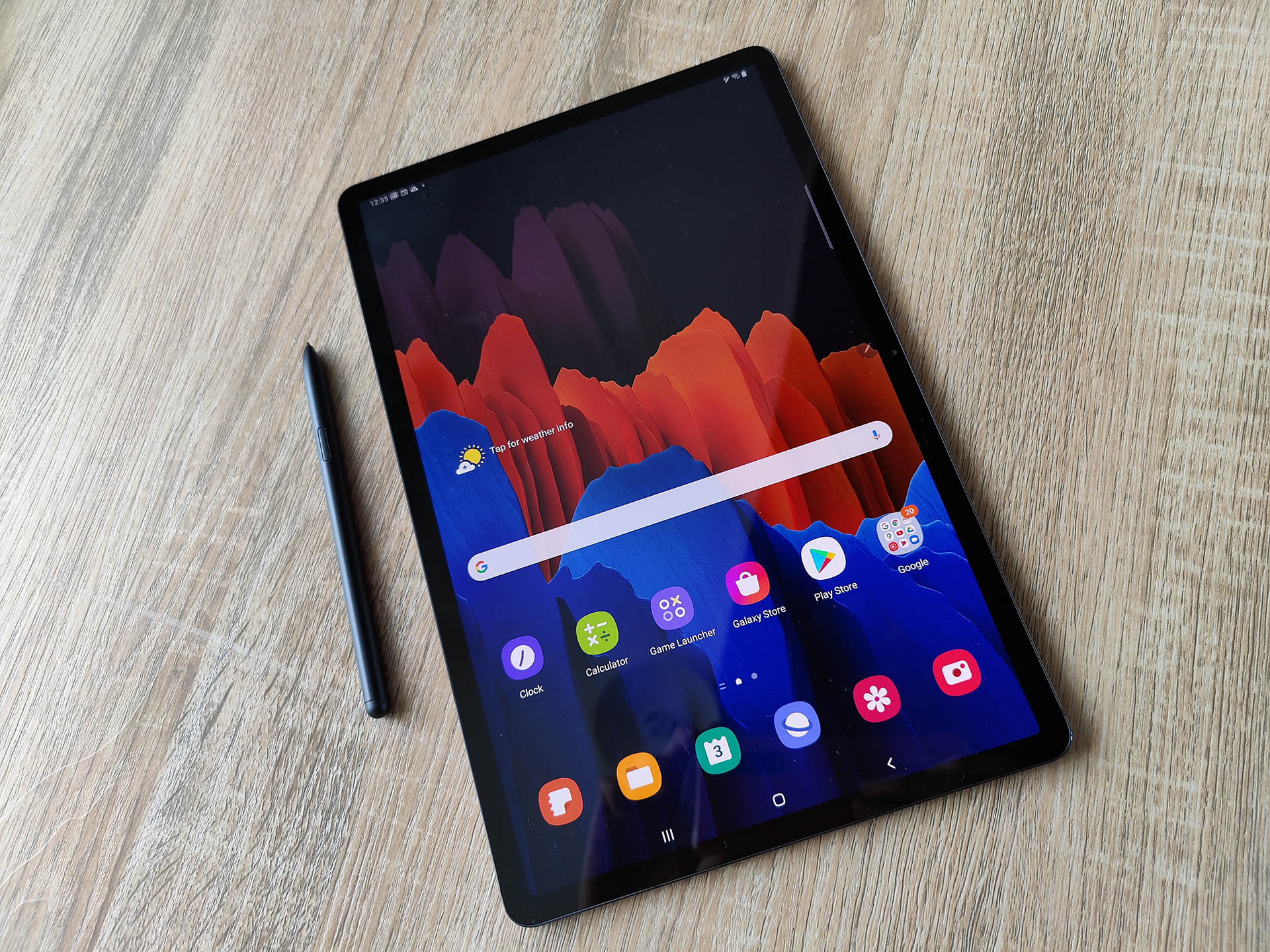 Serious or casual, connect up your Xbox or PS4 controller via bluetooth and take advantage of the larger crisp and detailed screen.

On-screen controls were a bit tricky though, simply due to the width of the display.

I really need to mention the longevity of the Tab S7+ battery – a whopping Li-Po 10090 mAh which does charge up the S Pen, sure, but also lasts nearly a week with moderate daily use. In the box you’ll get an impressively quick 45 watt USB to USB-C A/C charger. From dead to full usually takes around 30 to 40 minutes.

Pricey, but not as much as the top of the line smartphone and coming in two varieties – WIFI and 5G the Galaxy Tab S7+ is the best Android tablet I have yet to experience.

Super thin, lighter than flagship smartphones it is totally a pick up and go, work, create or play anywhere. 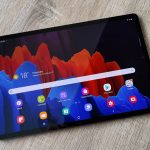 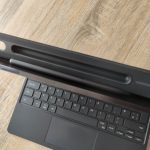 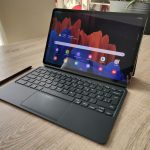 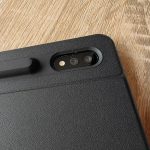 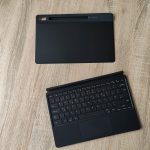 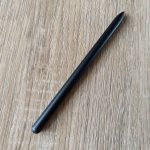 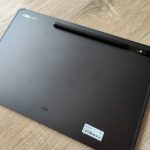 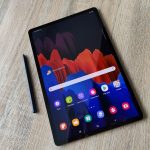 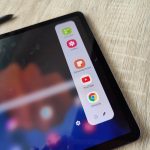