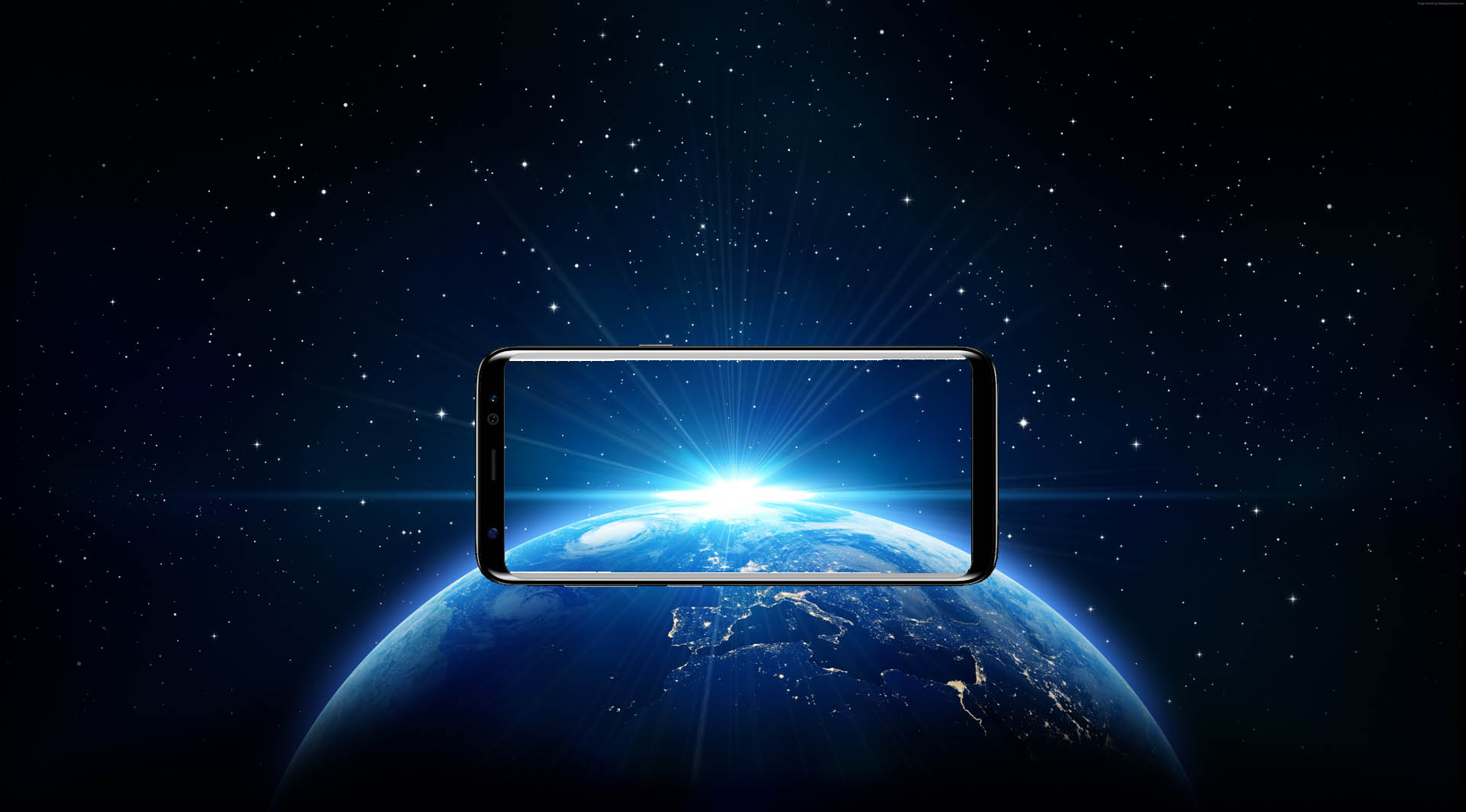 Back in April 2017 Samsung hosted an extravagant gala where for the first time tech media were able to have hands on time with the much awaited (and much rumored) Galaxy S8 and S8+.

StG were invited along to the unveiling of a smartphone from the tech giants, where we were greeted with a mobile device that is set to revolutionize the very definition of smartphone.

The most stand out feature of the S8 and S8+ is the Infinity screen. The smartphone is quite simply all screen. with no side bevel and a minuscule top and bottom border, having the signature Galaxy Home Button removed and replaced with an onscreen virtual version.

We were also introduced to Bixby. A personal assistant function which replaces S Voice with added features that can do what no other smartphone can.

Soon thereafter Samsung sent out a review unit of an S8+ for us to get up and close and have some personal time with their annual handset release. 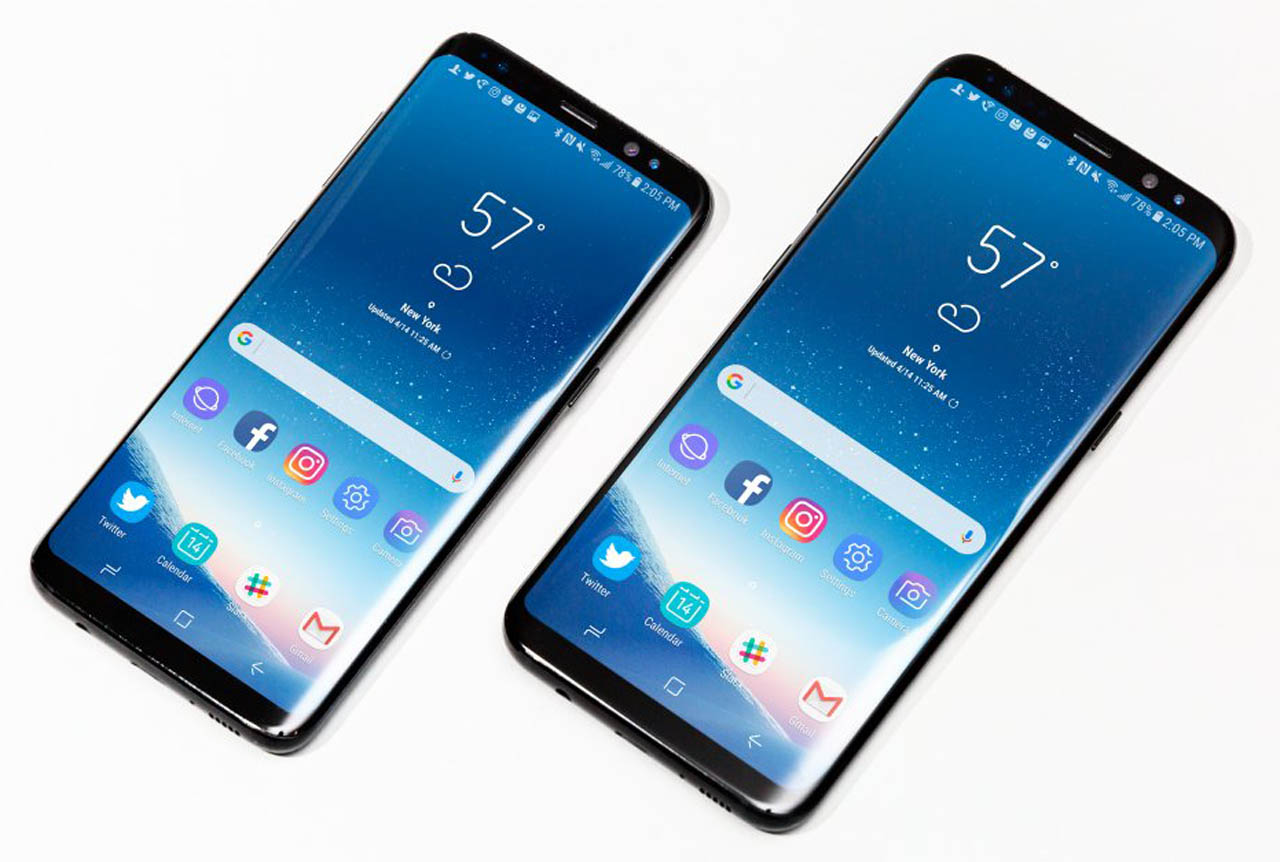 The Infinity screen, similar to the Edge that we experienced with the S6 and S7 removes the side borders, but unlike the Edge on prior models, it does not actually wrap all the way around the side. In a bold move Samsung removed their branding from the face of the phone to make way for the screen.

The S8 sits at 5.8 inch whereas the S8+ being only slightly bigger at 6.2, which is a fraction larger than the previous Note series.

Retaining the Edge functions, you will still have the Edge bar, which is a pin tool for placing quick and easy shortcuts or snippets of information to. Those that were not fond of the Edge need not worry here either, while it does have similarities the Infinity screen is not as touchy or fiddly when using the device. 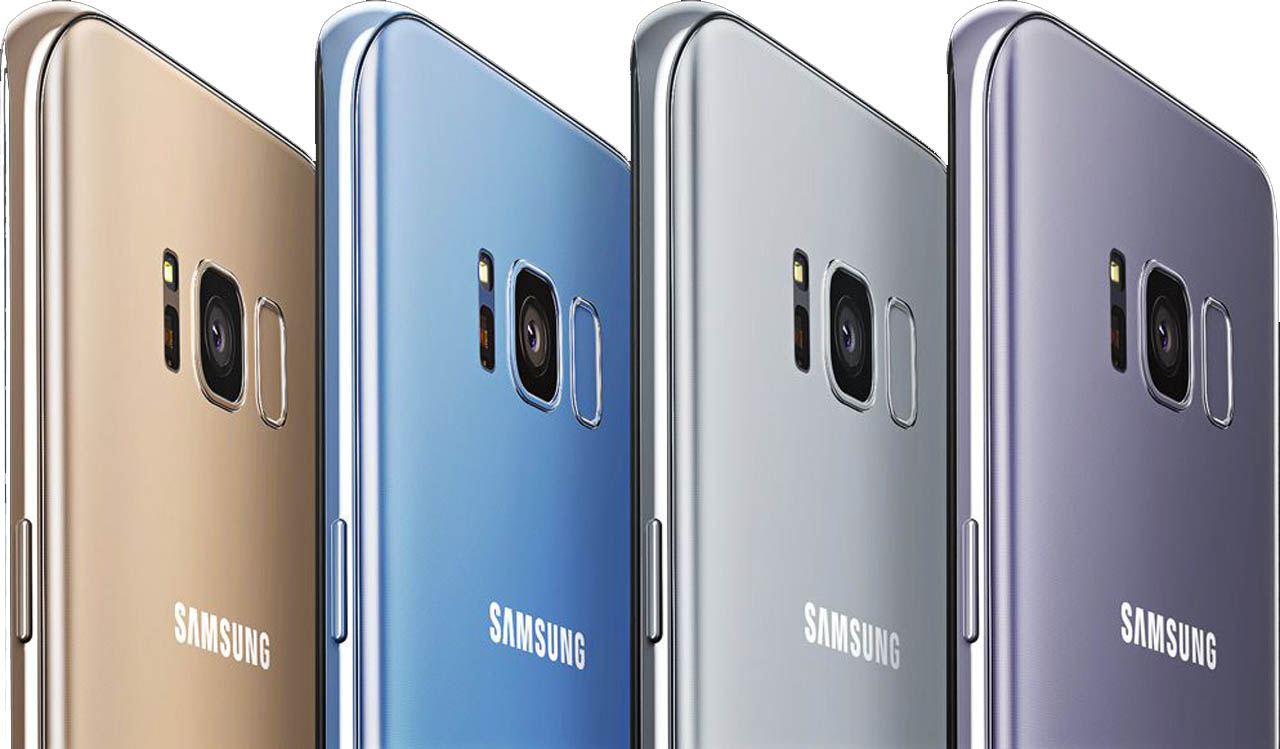 Both models are a powerhouse of functionality.

As smartphones evolve to a pocket personal computer the onboard 64BIT Octa-core 2.35GHz Quad processor is going to have you multi-functioning like a Pro and will see you right for VR play (Gear VR) without the device heating up. 4GB RAM keeps any lag or crashes in check and the device standard 64GB storage still retains the microSD expansion option.

The S8 and S8+ see the high end Galaxy smartphones having been completely reborn. Asides from the aesthetic changes and the adoption of a beautifully reskinned Android 7.0, there are some other additions and rejigs that have taken place.

As smartphone users this is something that we are all accustomed to now. Traditionally the Finger Print Sensor to unlock your Galaxy device has been on the front of the phone and a multipurpose of the tactile Home Button.

With the hardware Home Button now removed, the Finger Print Sensor is placed at the rear, next to the camera lens.

Myself preferring that the Finger Print Sensor is at the rear of a handset, I do question the placement of it. Quite often I found myself turning the phone over to make sure I was touching the Sensor and not the camera lens. Once you memorize where the sensor is, you’ll be right, but until you do you could end up with a very smudgy finger printed lens.

This said, using that sensor is not mandatory, you can still use the tried and true PIN or Pattern, even Face Recognition – but the Sensor is there as a dedicated hardware feature. 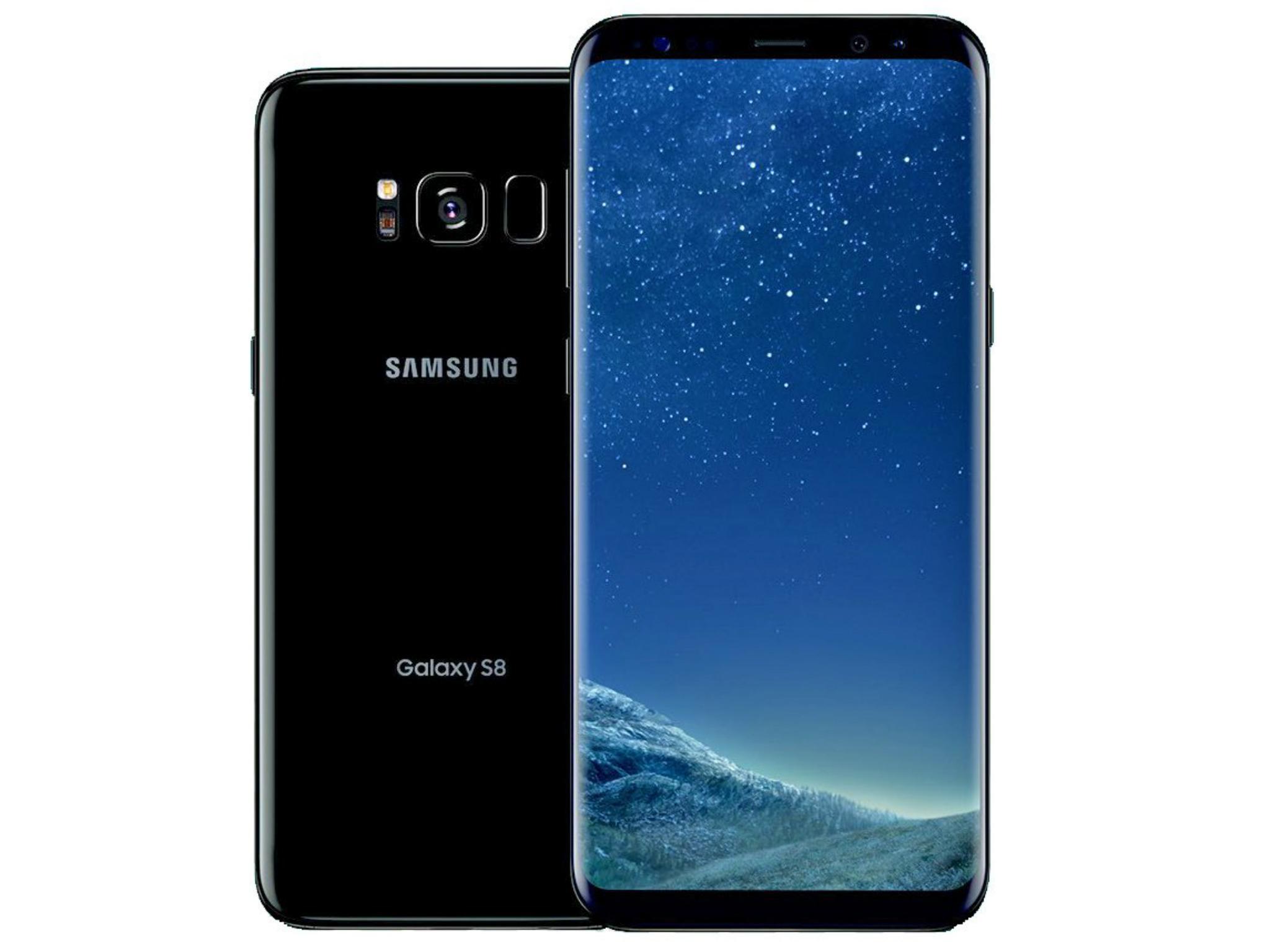 To the lower left side of the phone is a dedicated Bixby button.

Now, when I saw the preview of Bixby I was totally blown away by its wizardry. Bixby can keep track of everything, your appointments through to your online reading habits. Bixby will also utilise the rear 12MP 4K Camera by translating snaps in to information.

For example, if you are in a store and are about to make a purchase, use Bixby’s camera function to take a photo of the product and get instant information by way of similar images on the product. Bixby has a dedicated Wine attribution where snapping a pic of a Wine product will give you the ingredients, nutritional information and so much more.

There is also the functionality of text extraction from the image (it actually did that real well).

Some have stated that Bixby is a mere novelty. I do not believe it is and think it has a bright future. I feel that it still needs some work and updating, but is definitely set to be an extremely useful tool. Samsung believe in it so much that they have the dedicated hardware button, which makes me think that we will see future improvements to functionality.

To the nay-sayers of Bixby, I say be patient and allow it to evolve.

The camera on the S8 and S8+ are a little on the low pixel side than I would have hoped.

The front camera is 8MP and as already mentioned the rear is 12MP. As always though both models of the S8 do extremely well in low light, and I was happy to see the inclusion of the Virtual 360 Shot among others in its varying shooting modes. The recording is in 4K.

For those Snap chatters out there who like to use those annoyingly amusing cartoonish filters, well, the S8 comes with a few of those builtin. 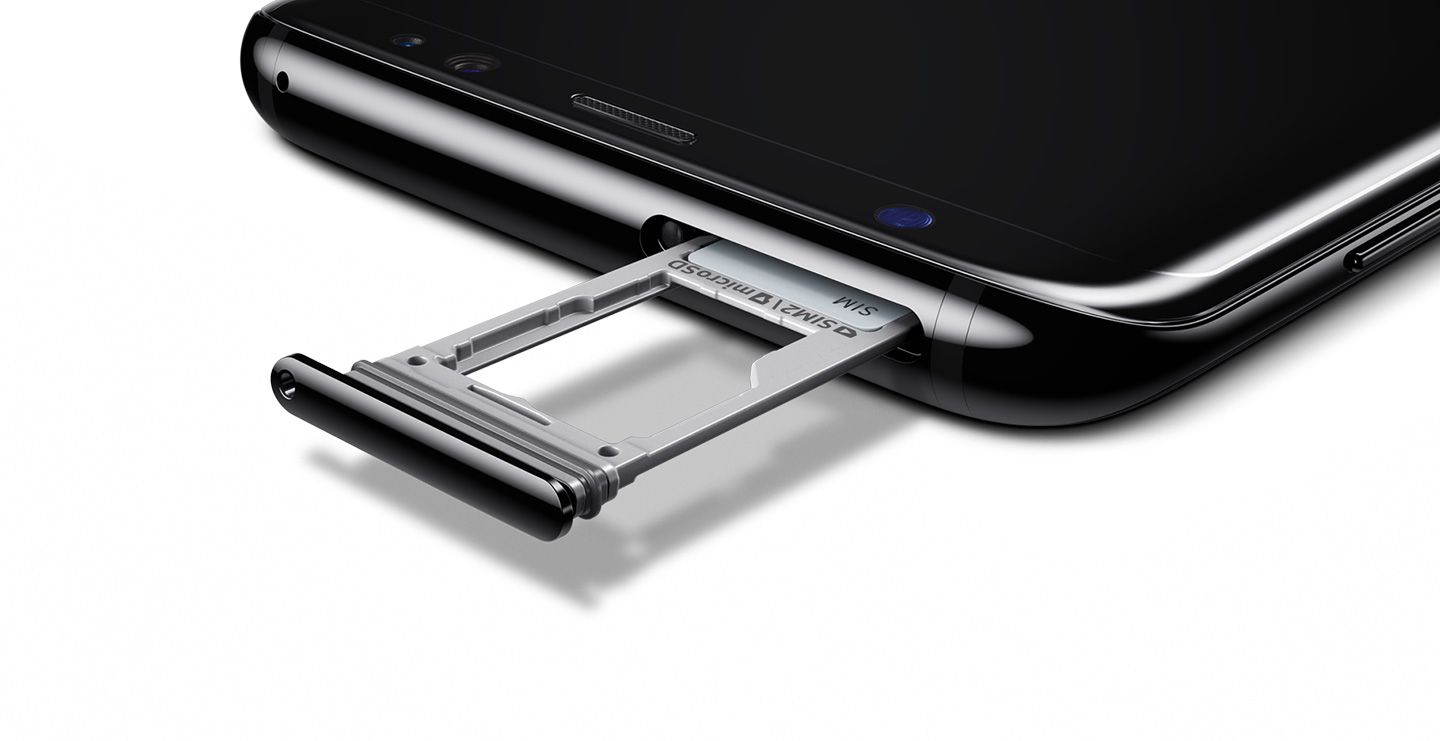 The S8’s audio is top shelf.

I remember whining a few years back that the Galaxy phones were superb, but let down by audio. Since the S6 Samsung made quality audio a priority by encompassing UHQ (Ultra high Quality) Audio with the SoundAlive enhancer.

Whether it be through the devices’ internal speakers or the industry performance AKG earplugs included, the sound quality is superb for your music, gaming, streaming and so on.

The Galaxy S8 with all of it’s functionality, its extremely handy Always On screen display and innovation is a technical marvel aswell as gadget artistry. Team your handset up with a Dex cradle and you end up with a fully fledged Android PC.

Battery performance will see you up and going for around a couple of days at moderate to light use and boasting a Quick charge function, 10 minutes (roughly) to 50% in our test. Not forgetting the water resistance for up to 1.5 meters for a max time of 30 minutes.

The S8 and S8+ are more then future proofed, they raise the bar for the future of mobile devices. 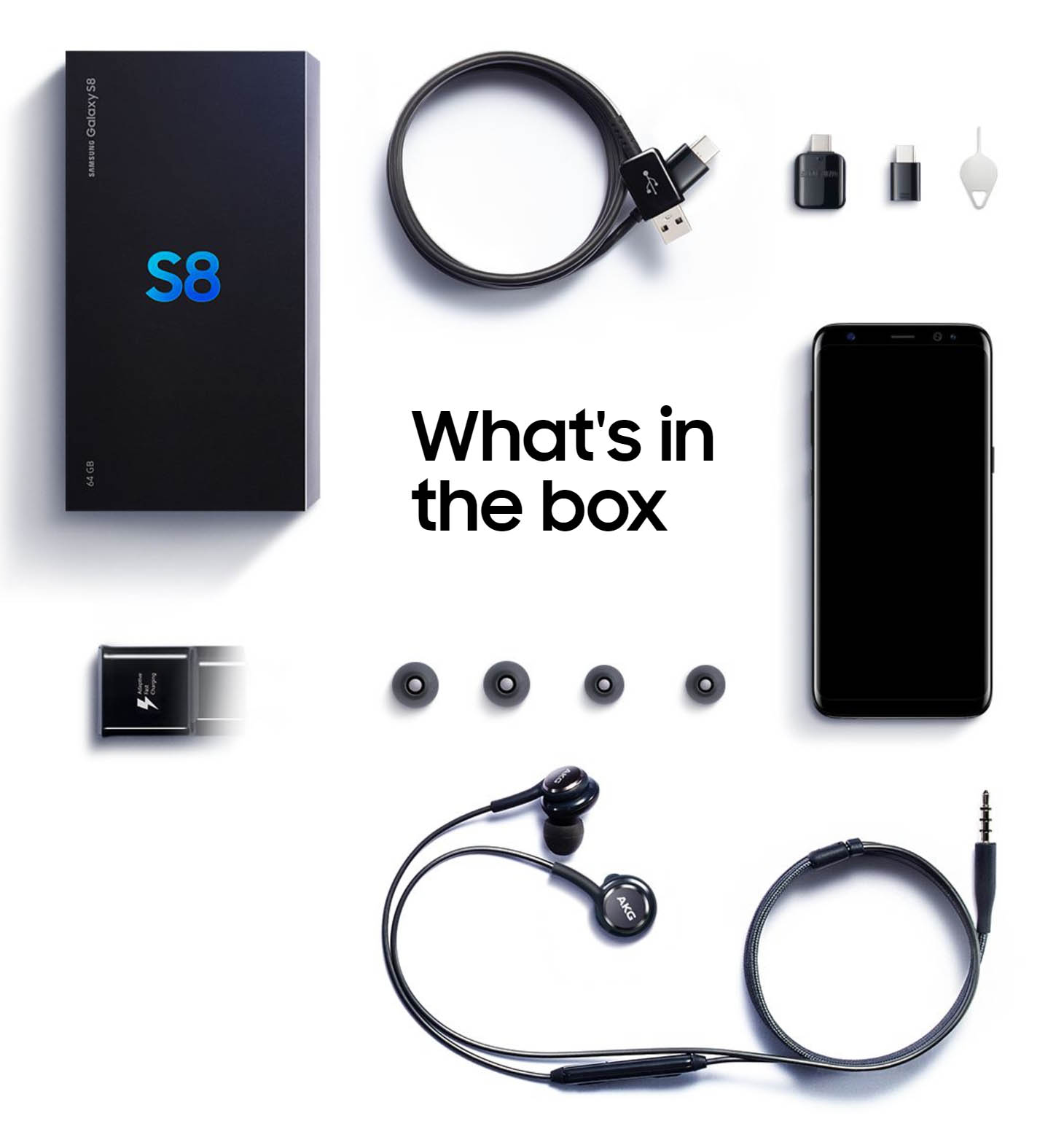 If you have been sitting on the fence as to whether to make the move to the new gen of Galaxy’s, I say that the S8 is not only a mere upgrade to the next version, it is a total rethink of what an Android based smartphone can achieve. Having been fully redesigned, there is no rehash of last years model with a couple of sweetners thrown in there. The Galaxy S8 is a totally fresh and new handset.

For screen size, nether the S8 or S8+ typically felt too big in the hand and I’d recommend the S8+ to make the most of the Infinity screen.

The S8 and S8+ released Globally in the first week of May this year (2017) and for those that did not line up outside their Telco’s for a day one device, or those that pre-ordered the S8 or S8+ it is a necessary upgrade in to the realm of what a smartphone can be and potentially should be and opens the path to Samsung experiences of Virtual Relality, 360 Photography, Android desktop computing and so much more. 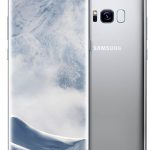