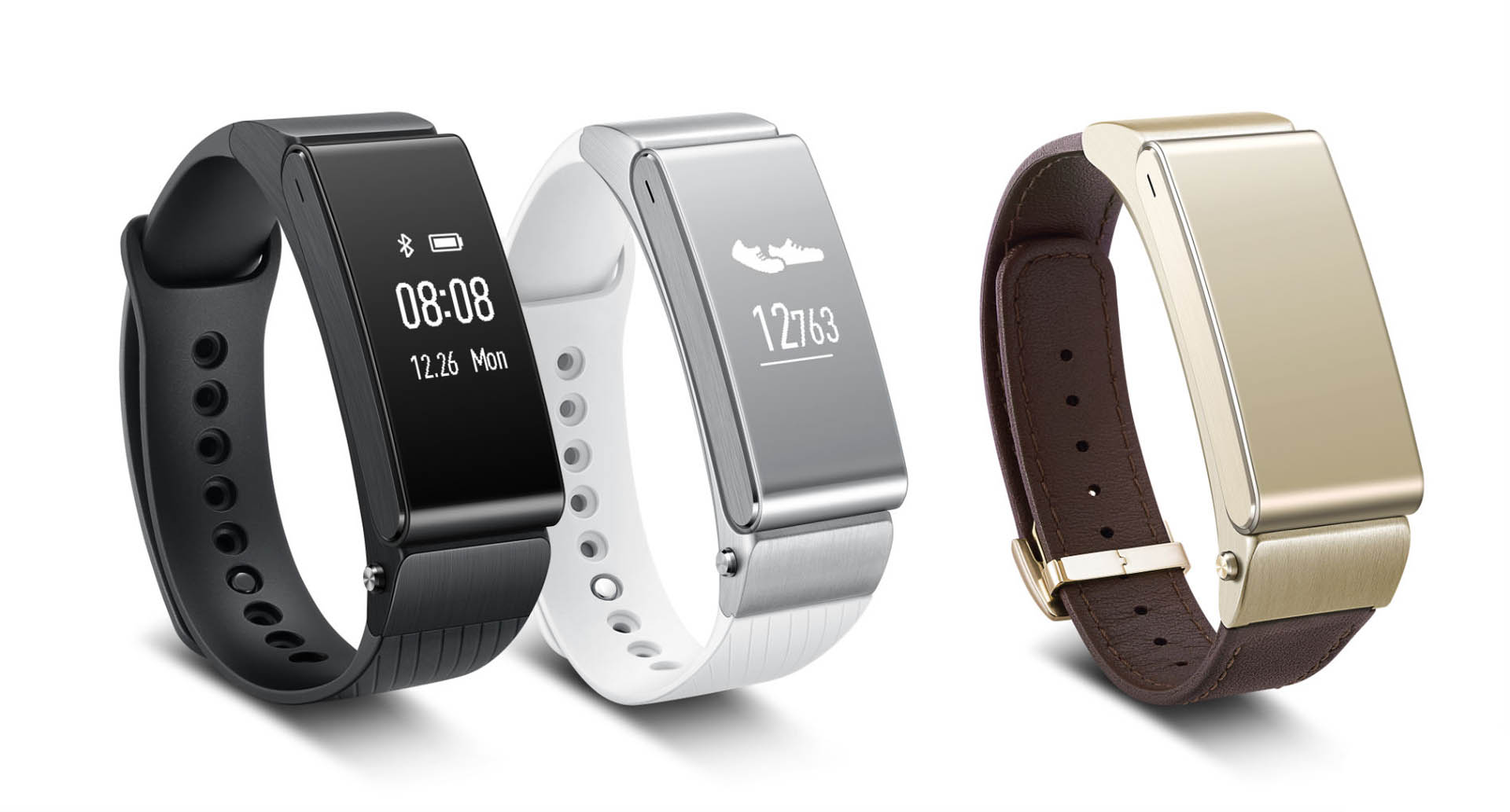 Huawei are out to tick all of the boxes and they are proving this with their lineup of smartphones for 2015.

But it wouldn’t be complete without a wearable device, and so we have the TalkBand 2.

A no nonsense smartwatch it is designed, ultimately for fitness guru’s, or those that would prefer to own a smartwatch without the clunkiness of a larger display watch with more functions then you’ll ever use.

The TalkBand2 is a slim fit with a swappable rubber strap and while, yes it does tell the time, it will sync with your Mate 7 or P8 (infact any smartphone) via the Fit Bit App which you need to have on your handset. If you do pair up to a Huawei P8 phone, you are able to use the unlock feature, which will see you swiping or creating a pattern n the TalkBand B2 to unlock your handset. Oh and if you lose your phone, your TalkBand B2 has the feature to be able to find it and will call out to your Huawei which in turn responds audibly.

It is designed to, well yes, tell the time, but it will also keep track of your fitness regime with its 6 axis motion sensor it can actually tell, or try to translate what exercise you are doing. On top of that it will monitor your sleeping patterns and you can pair it up with a bluetooth earpiece (not included) so that you can take calls by swiping the touch screen interface on the TalkBand.

The TalkBand B2 does not have a built in speaker or microphone, so this may put some off who do not have a penchant for wearing a blinking bluetooth earpiece all day on a daily basis. But for those that do like to look a bit techie and have no qualms about adorning their ear with a bluetooth set – this is perfect.

The TalkBand B2 also houses the functionality for On-screen notifications, Alarms and Reminders which we found to be extremely handy (note the pun).

We tested the remote camera functionality a bit too. Where you can place your phone in a perfect spot to get that one in a million snap and use the camera button on the TalkBand B2 to remotely take the pic. Nice.

The battery life is astounding. We have tested a few smartwatches throughout this year and found that generally they need to be charged after a day or two use – not so for the TalkBand B2, which has lasted almost an entire week before needing to be recharged!

The TalkBand B2 admittedly does not look like much out of the box but its functionality is paramount.

If you have been curious about owning a smartwatch but scared off by too many features or the complicated usability of others, the TalkBand B2 will see you right.

*For more info on the Huawei TalkBand B2 go HERE.