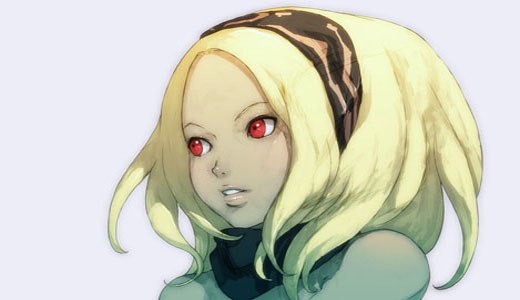 What does a strange, blonde Asian looking girl, a black mystical cat and anime have in common?

Well pretty much everything! 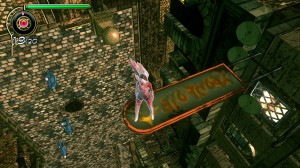 Throw in gravity defiance and a hoard of dark evil characters with a bit of magical powers and you have Gravity Rush, exclusive to Vita.

Four years in the making and originally being developed for the PS3, Gravity Rush defies gaming logic and physics by making everything and everywhere a playable environment, including mid-air.

You begin centre stage in a floating town of Hekseville as the blonde innocent looking girl called ‘Kat’.

Suffering from memory loss and not knowing where you are, you meet a stray cat who gives you the Gravity manipulating powers.

After a brief but semi-emotional run in with the law (a Police officer who the game hints as being a love interest, or, is he more than he seems?), a fierce Gravity Storm erupts from the skies, sucking the town, brick by brick, civilians and buildings upward into a swirling vortex. At the same time Gravitational Beasts known as the Nevi begin to emerge from the storm.

Before you can say Anime cliché (didn’t mean for that to rhyme) you’re into a cut scene and then away onto your first Mission to save a young boy, whose Father is crying out for your help, from being taken into the storm.

This is your basic tutorial too.

Using the R Shoulder button you launch yourself into a mid air float. Then either by tilting the Vita console (using the gyro) or aiming with the Right Joystick you hone in on your next available ‘hop’ target.

In this case it is from rock to rock, building to rock as you scale at all angles the floating debris to get higher and higher.

Eventually you will get rather 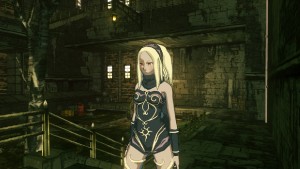 good at this that it will simply be a quick succession of button tapping, levitating, soaring and falling.

Soon you will be combining your newly found anti-gravitational abilities with mega high kicks to take out Nevi throughout your environments. Combat is definitely a beat-em up style and takes full advantage of non gravity play.

Whilst the game is Mission driven and you do meet more characters that keep the narrative in check, all of your environments are totally free roam.

Alot of collectables are around, so always explore and keep an eye out. Kat will increase her skills and abilities by way of Levelling Up and there is, just to keep a pseudo RPG element to it, optional side Missions and Battles that are not necessarily a part of the Main Story.

Also early into play, you meet a dark female character who has the same abilities as you. Is she friend or foe…? 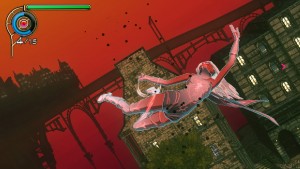 Cut scenes are iconic to the style and are told through comic cells. Not overly unique but with GR, I couldn’t see any other way that would have been fitting.

The gameplay initiatives and insane amount of physics that have been built into this game are astounding.

Gravity Rush is truly original and one that I first played as a demo (but was forbidden to write about) months before the Vita was released.

To be honest, it was the only Demo on the pre-release console I played and replayed, over and over.

Gravity Rush is a clear winner.