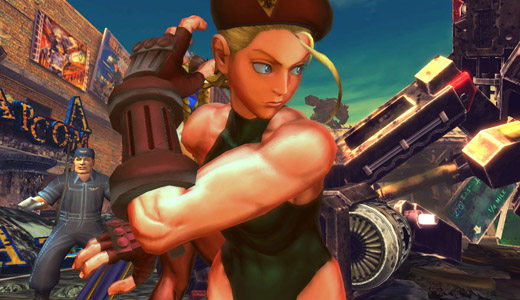 What happens when the two juggernauts of the fighting genre come together as one title?

A cell shaded cartoon-esque tag team brawler that is signature to only one of the franchises it incorporates. 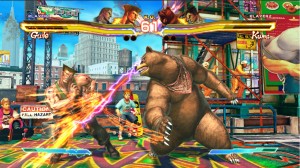 A plentiful menu of over 50 characters (plus Bonus ones) is on offer from both Street Fighter and Tekken, to the likes of; Ryu, Ken, Guile, Abel, and Chun-Li from Street Fighter and Kazuya, Nina, King, Marduk, and Bob from Tekken.

You choose your side and then two characters from there. It is then upto you to switch characters during gameplay, strategically to ensure a win.

Utilize Super Combos and your power up meter, which is three sectioned and referred to as the Cross Gauge for a killer bonus move to the likes of EX Attacks, Cancels and more.

All combat and pretty much all fighting moves are revamped from the previous SF (Street Fighter) title.

Arcade in style, your dual foes will get harder as you progress, naturally. Customizable options within the Menu’s allow you to have Time Limited bouts, or Zero out any Time Limits, adjust the amount of rounds per fight and so on.

And then there’s the gem system. You can equip up to three gems to your character(s) which gives differing boosts or enhancements to selected stats of your character.

There are 6 varieties of Gems that 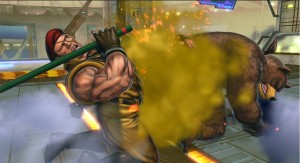 you can get; Speed, Defence, Attack, Assist, Vitality and Cross Gauge, all recognizable by their designated colours.

If one of your characters is in a pinch and has only about a quarter of their life bar remaining, what better than to sacrifice him or her for the sake of Pandora Mode!

Annihilating your own dying fighter will give your remaining one not only increased strength but also fills up your Cross Gauge Bar. There is a catch, of course…. you need to beat your opponent before the Pandora time runs out.

Once you have mastered the main mode of gameplay, switch over to online play. Four player matches allow two co-op tag teams bouts. So you and a mate choose a character each and then your opponent and his or her buddy choose theirs. Scramble Mode is just a fistful of fun where all four can go at it at once. Online competitive training and a fight request feature, only expands the options of this veteran franchise. 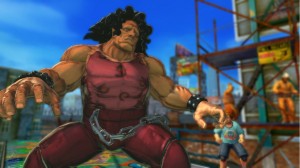 This is VERY much a ‘Street Fighter’ title, with Tekken characters thrown in.

Unofficial reports are that Namco (makers of Tekken) are working on their very own x-breed; Tekken x Street Fighter, which will be in gloriously 3D rendered deliciousness.

SF fans will love this one, but Tekken diehards maybe left out in the cold. 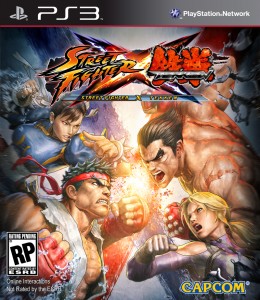