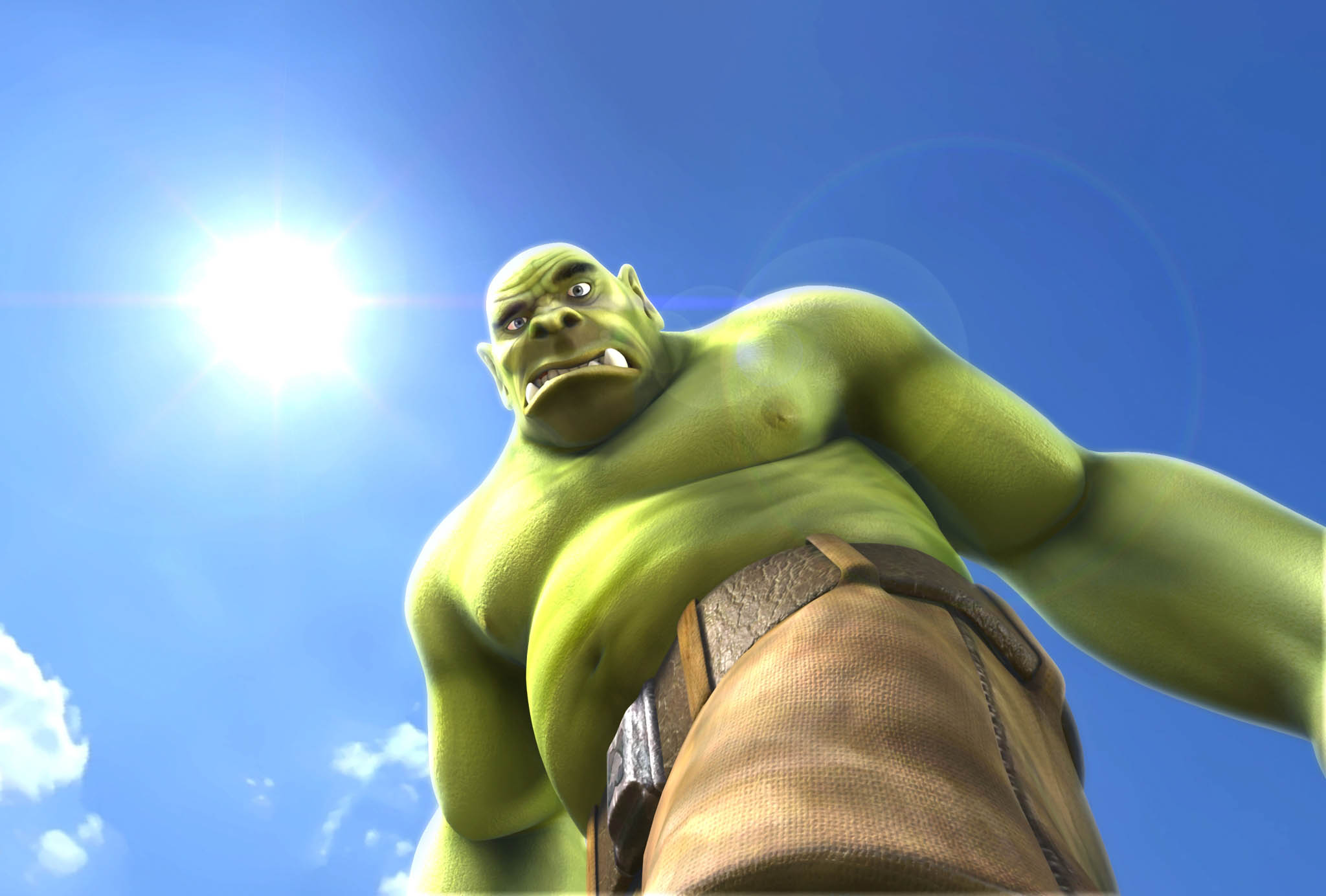 There are many small and interesting games out on steam. One Troll Army is one of them. A small yet fun game that offers us combination of horde and tower defense game with its own charm.

As the name might imply, you are a troll, and for uncertain reasons you decided to defend a goblin village from raiders and whatever other adversaries that seem to come at them. This is as far as it goes for possible story. There rest is just you keeping the hordes at bay.

The game has quite simple mechanics. There is the goblin village and you need to defend it. I did initially find this to be a bit dull and even irksome. Thankfully the game does get slightly more complex. As the you play the game you are able to send the goblins to collect resources and build defenses so they can eventually defend themselves. The village has walls, towers, barracks, taverns and storage facilities all of which can be up graded at a cost to help against the pending hordes. 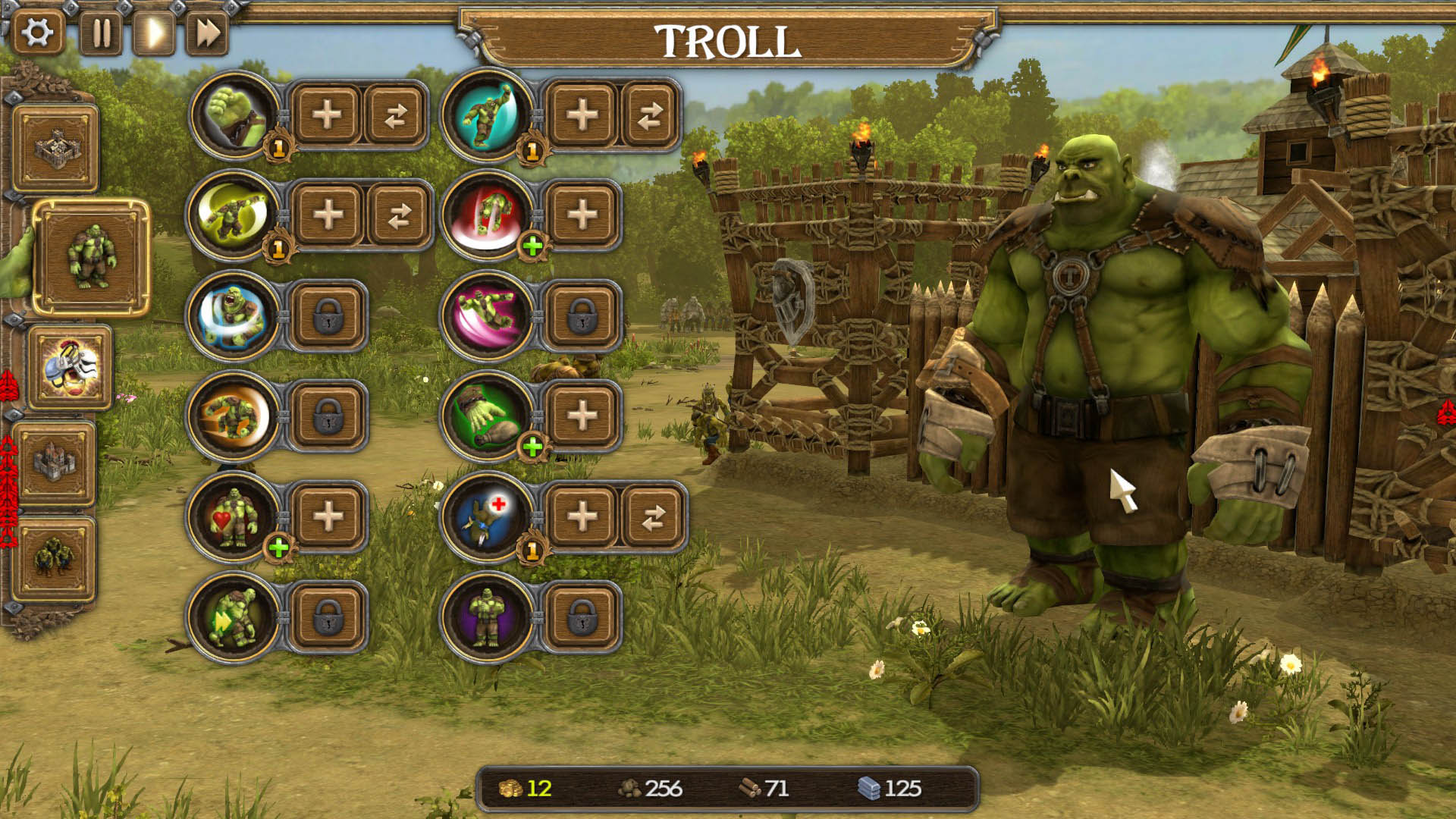 Collected resources are also used to upgrade your troll. As you progress within the game new attacks and ability upgrades become available for purchase. This does make the fighting aspect of the game a bit more interesting despite its simplistic nature.

You are given a certain amount of time to build and rebuild until the horde has gathered and then attacks. Strategically building the defenses also helps you out in battle and so it makes things a bit more interesting and engaging when you have limited time to build or collect things between hordes.

You can instigate the attack against the horde which will have the enemy less organized but this takes away precious building or repair time. As you successfully finish constructing all possible defenses for a village you move up to new goblin village where new resources and upgrades become available. This helps keep the game interesting as new things are always exciting. 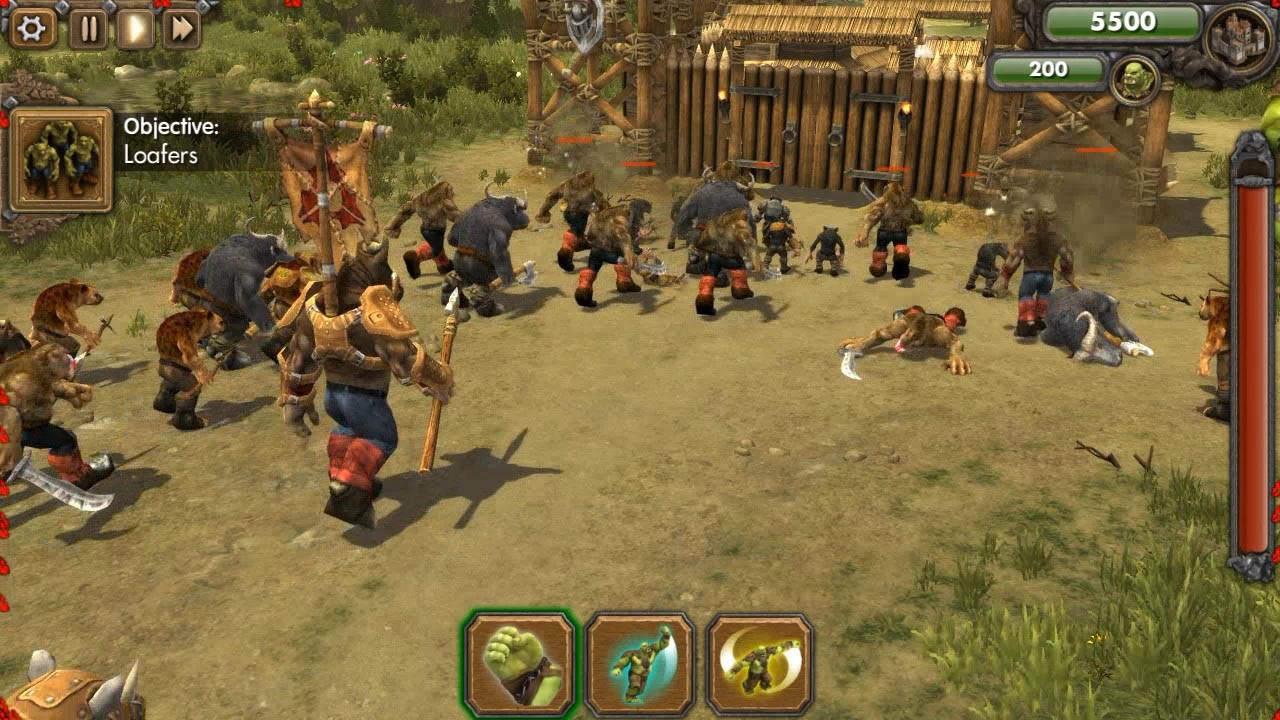 You soon get into a rhythm, a slightly repetitive but enjoyable rhythm of building, upgrading and then defeating the horde. The game does have a degree of difficulty to it so some strategy is involved.

It is quite a simple game at heart yet manages to be quite enjoyable and even addicting. I always intended to stop after the next horde but then just wanted to build this or upgrade that and then the next wave was upon me. So of course I just needed to finish that horde off first.

The graphics aren’t going to win any awards but they do the job and are almost quaint. Music was less than notable but at least it didn’t get on my nerves.

One Troll Army takes simple yet fun components and does a good job of combining them to make an entertaining game. It won’t last long as the game itself is short but you’ll have a good time getting there.