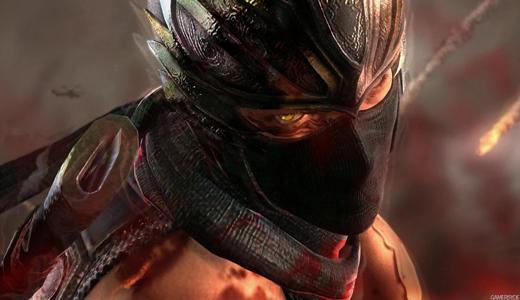 Grip the Dragon Sword for the third time, infact, become one with the blade.

Of all Ninja franchises on home console, Ninja Gaiden by Team Ninja has always been one of the most legendary since its beginning; Ninja Gaiden: Shadow in 1991, both gameplay and visually. 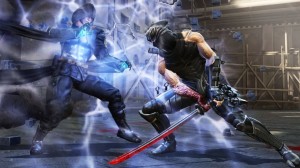 The new iteration keeps up that expected appeal.

You take on the role of Ryu Hayabusa, in third person, as the game plays out a story that could be likened to a Resident Evil/Assassin’s Creed mashup.

When British Parliament is taken hostage, Hayabusa is called upon to rescue the hostages.

Questioning why they need him to come all the way from Japan, you learn that Hayabusa’s presence was the only demand from the hostage takers.

After taking out many waves of henchmen around central London in the familiar hack’n’slash style with the much coveted and well used Dragon Sword you reach the interior of the Parliament Chambers.

A mysterious red cloaked and hooded Ninja is awaiting your expected arrival and this queues up one of many Boss battles that you will encounter.

Introducing himself as an Alchemist he gives some clue as to his intentions, he also places a curse on Hayabusa, that he feel the pain of those that he has killed with his Sword, fusing the sword into his arm.

This eventually impedes and heightens your combat and battling ability as you learn to harness the energy that was within the Sword.

It does cause your arm to be 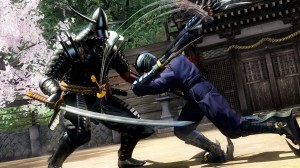 infected and at game specific intervals you will lose all stamina as the world around you becomes slow and hazy.

You also have the family favourite Ninpo ability and this is affective to clear an area in one go if you are getting abit swamped. Throwing Daggers and the usual ability of wall running and leaping has remained, albeit, ramped up a few notches.

For the first time in the franchise you will learn more about Hayabusa himself, some of his backstory and you’ll see him more as a humanitarian than a Ninja-tastic slicer and dicer.

Hayabusa is not alone in this quest, he is given directives from a specialist team, who maybe friend or foe. And just for emotional value, a family theme is also thrown into the mix. 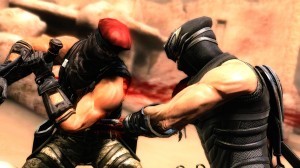 The signature mega Boss fights are there, from Mech to Machines and, well, resurrected Dinosaurs and more.

Your environments are not particularly destructive or interactive unless the game requires it to be. Enemies tend to come in waves as an endless onslaught and usually you need to clear them all before you can move further.

While they do repeat they are a varied bunch, from terrorist henchmen through to humanoid monsters, strange cave dwelling insects and biotech creations.

What starts out as a one man assault against a proverbial army of bad guys turns into SciFi as Hayabusa gets abducted into a virtual realm.

The transition between this world and the ‘real’ one is never very clear, unless otherwise stipulated, and to be honest, throughout the entire game, there are hints that you may infact have been in a virtual world all the way through, if you have a keen eye for detail.

You begin to wonder if this is all an experiment…? You also learn of a global conglomerate called L.O.A. which makes everything from toothbrushes to war machines and are surprised to discover that this Mega Corp, which has the rights to almost everything, everywhere has a part to play in all of this. 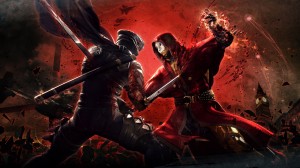 Epic scenes are played out by the singular onscreen button action commands and make sure you warm your thumbs up before taking on this game, as man, they are going to be doing some heavy button mashing!

Some enemies will beg for their lives, and at one part you need to make a decision to let a terrorist live or not. I liked this.

Online Multiplayer both co-op and competitive aswell as differing game Modes to the likes of HERO Mode, where the game will auto assist with blocks and evasions from time to time and NINJA Mode, where assist is turned off.

Both these Modes can be used in any Level of difficulty. The Playstation version is also Move Compatible.

Painfully short, about 8 hours of non-stop gaming and control-pad bashing through the main story, and it draws itself out by using waves upon waves upon waves of enemies, especially towards the end.

This is where it lost half a point for me, otherwise, I would’ve been brave enough to give it the full pass mark. 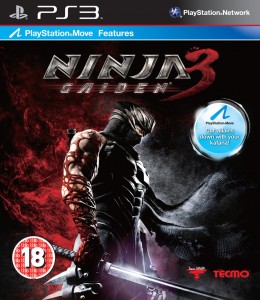