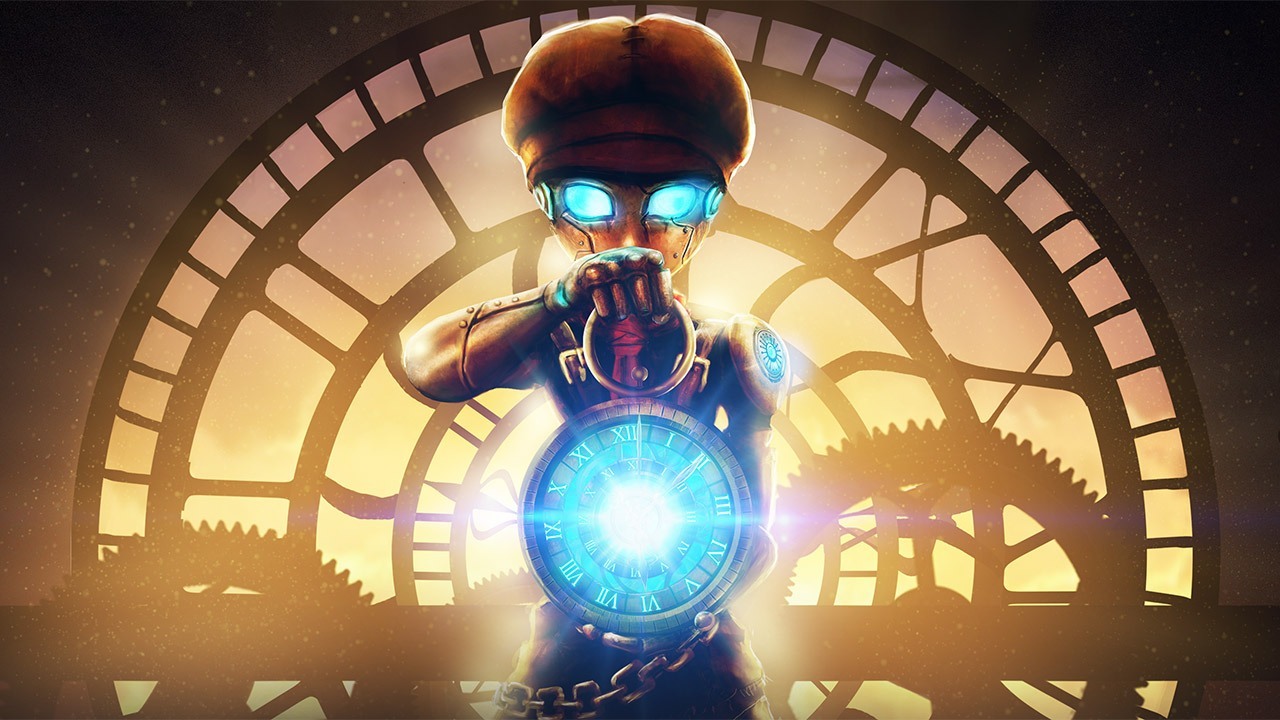 There are times when you cannot help but sit back and think, Australia really can be awesome, for me the most recent of those times was about 20 minutes into Clockwork.  Made by the Australian indie studio Gamesoft, Clockwork follows the story of a robot boy named Atto as he discovers his stopwatch is alive and can materialise as a ghostly looking being, Milli.  Milli then proceeds to tell Atto what to do in an effort save the robotic city of Watchtower.

The gameplay itself is relatively straightforward.  It is a side scrolling platforming game with some cleverly designed puzzles which involve time manipulation.  This is achieved as you pass a portal which lights up and from that point you can do actions, then return any time to the portal through a gateway or an ability you gain later.  When you return to the portal a blue version of yourself goes ahead and does what you just did, while you are free to do other things.  This means you can jump down a hole to pull a lever then return to the portal to then walk across a bridge that the button activated, to get to the end of the Level.  This mechanic gets far more complex as you wind up with half a dozen blue versions of Atto walking around opening things up for you to get to the end of a stage. 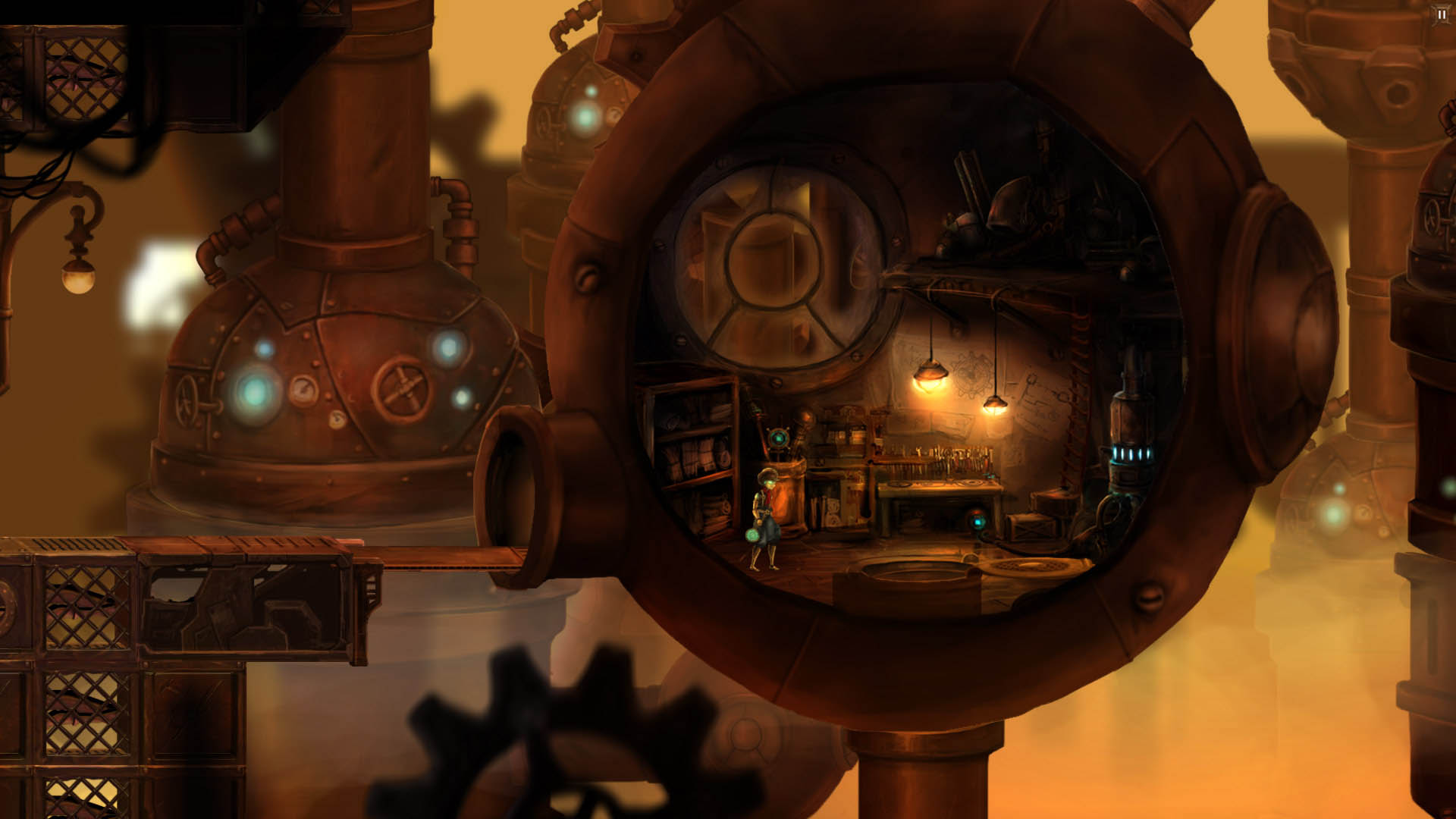 As the puzzles get more advanced you need to do things like waiting a certain amount of time before pulling switches, or run on a treadmill for long enough so that you will have the chance to duck through a door.  It is the factor of having to try to do things at the right time to allow yourself later to go through or utilize its benefits that really make the game unique. It also makes it hard to describe.

Clockwork is aesthetically stunning. The hand drawn art looks nice and mechanical and on top of that the glowing blues used for eyes, lights and Milli really pops against the mechanical look of the rest of the scenery.  In contrast the music is quite subtle and adds a nice tone to the game that does not intrude but is very present. 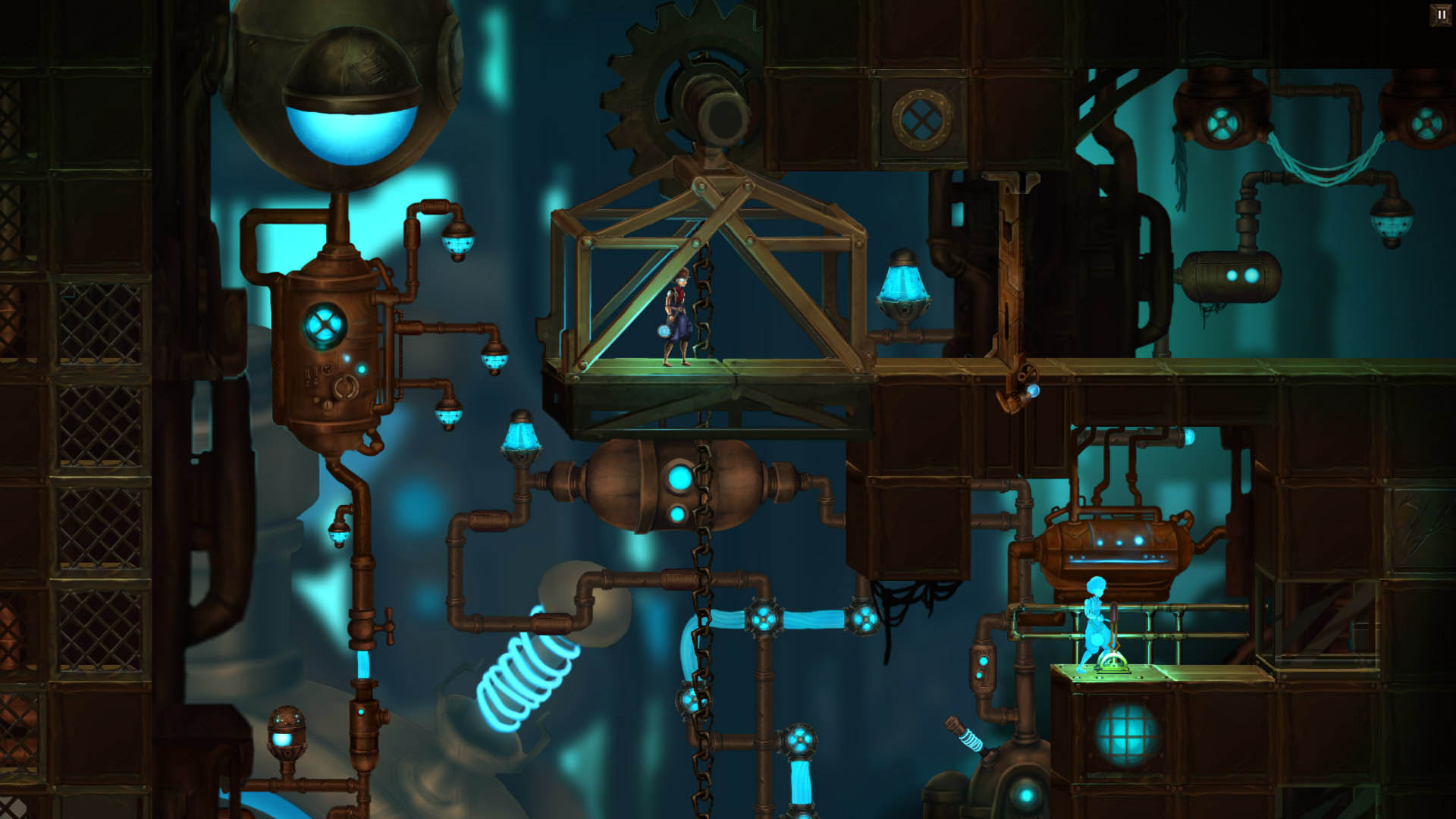 Now unfortunately in its current state there is not a lack of bugs and some are not insignificant.  The first bug I hit was the voice sound effects looping.  The speaking is done in a weird robotic noise which is quite cool, but when I was first playing I noticed it was the same voice track for each person just repeating itself for different lengths of time.  While I thought this was a poor shortcut taken in the game design, I discovered it was a bug when I closed and reopened the game.

After that the voice tracks varied more and was far less annoying.

The far more significant bug I hit was right before the first acts boss where the game glitched and would not let me advance.  The games borders reduced and Atto was stuck in the screen.  When I paused the game Atto and Milli started repeating the dialogue from the start of the game and then coming to a stop, after pausing the game again the same thing happened.  I tried repeating the previous Level and the game again from scratch a couple of times and the bug hit me all three times. 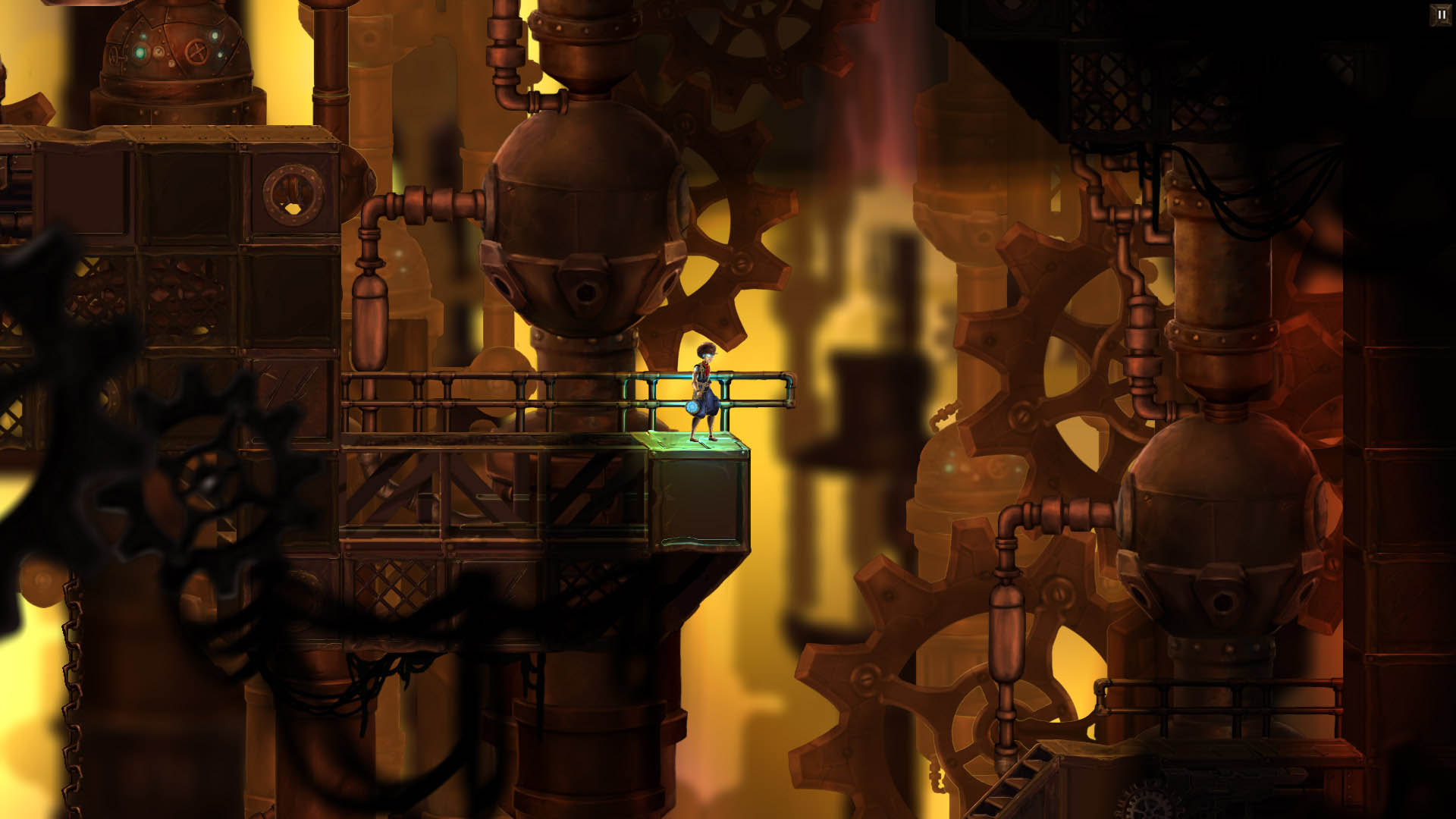 Being a beta build of Clockwork I decided to not repeat it a fourth time as I did not want to sour my views on the game over a bug I expect will be ironed out by release.  It truly is unfortunate this major bug hit at the end of my time with the game as up to that frustrating point I was quite enamoured with it and I am truly looking forward to seeing how the game comes together come release date.