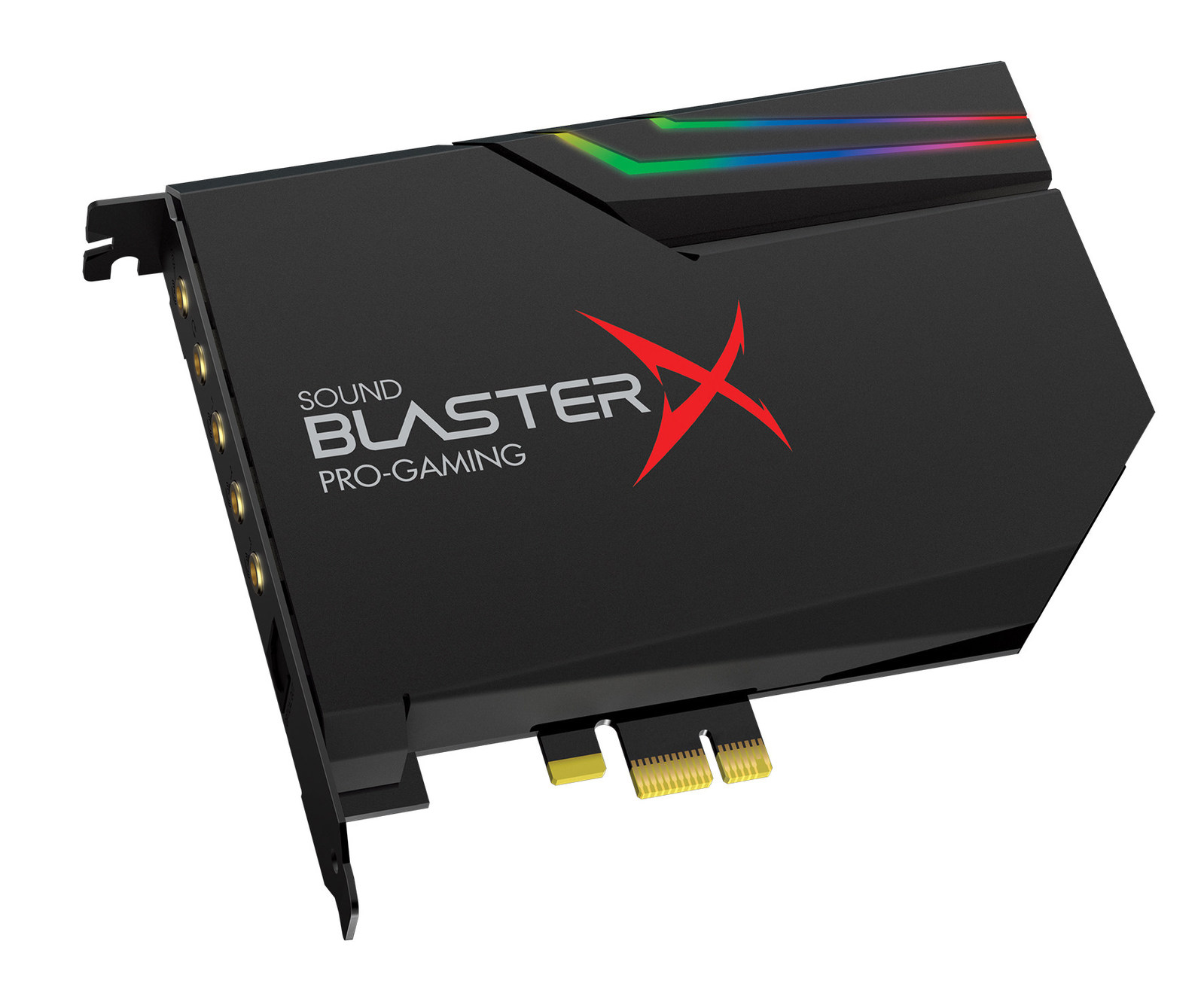 Creative Technology Ltd today announced at E3 2017 the latest addition to its Sound BlasterX Pro-Gaming Series, the Sound BlasterX AE-5. E3 is the world’s premier event for computer, video and mobile games and related products, making it the perfect place to debut the next era of PC audio.

Delivering an industry-leading gaming headphone amplification experience, the on-board headphone amplifier is custom-built using discrete transistors and audiophile-grade WIMA film/foil capacitors in a dual-amp design to satisfy the most demanding needs of today’s intense games and high-resolution audio. Experience the difference of a discrete dual-amp design as each audio channel is individually amplified to deliver pristine, uncompromised audio. Plus, the high heat resistance of the German-made WIMA capacitors greatly reduces noise and audio interference. The Xamp’s ultra low 1Ω output impedance also makes it perfectly capable of driving sensitive in-ear monitors as well as studio-grade headphones from 16Ω to 600Ω. 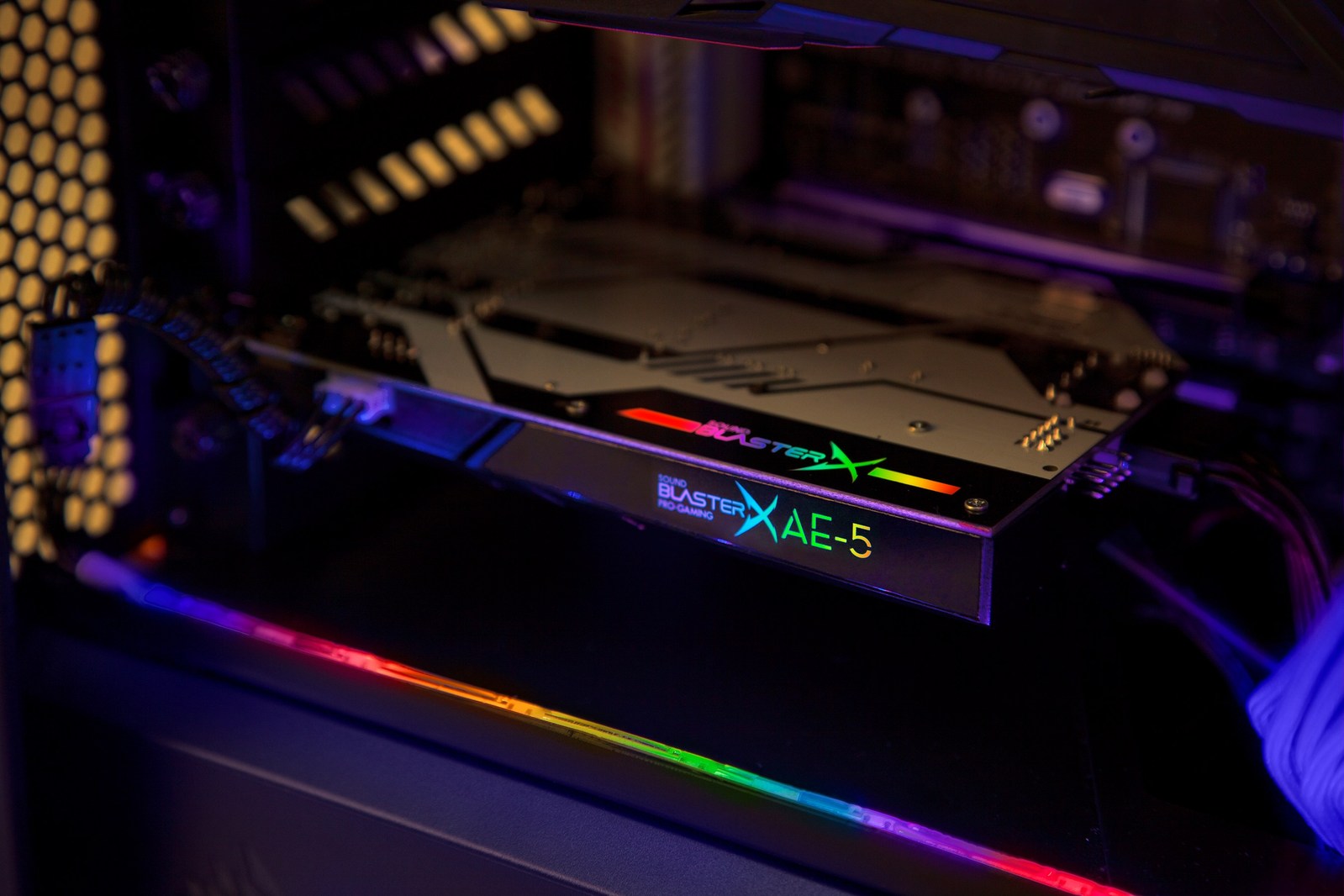 At the heart of the Sound BlasterX AE-5 sound card is the quad-core Sound Core3D audio DSP and a 122dB ESS Sabre-Class DAC that instantly boosts regular motherboard audio with up to 32 times more clarity. The premium audiophile-grade DAC with its high dynamic range indulges users with up to 32-bit / 384kHz lossless playback and true audio fidelity for high-definition audio in games, movies, and music. 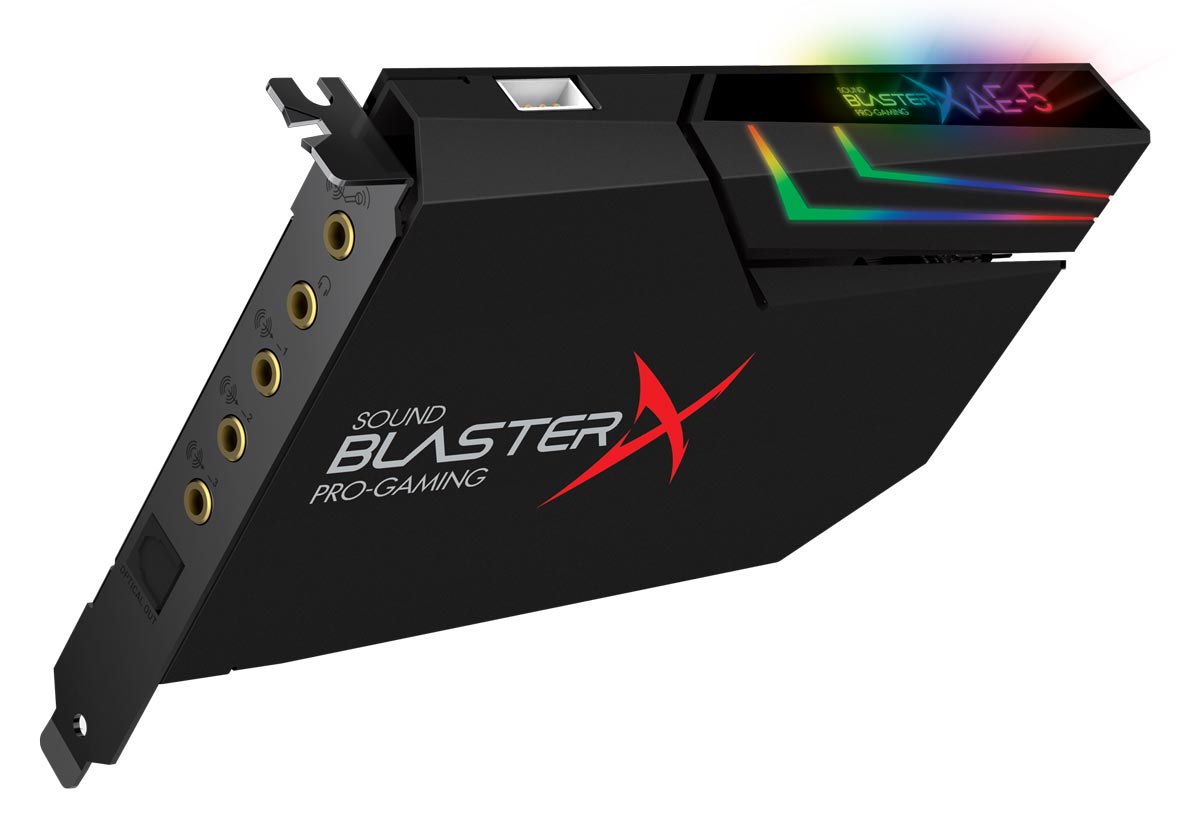 The Sound BlasterX AE-5 card is the first sound card to feature a built-in RGB controller that comes with the Aurora Reactive Lighting System. A separate RGB lighting system could set a user back by at least USD 50, but now this is built into the card itself with the AE-5, giving users amazing value and performance for their system. This also means that valuable space within a gamer’s desktop can be saved for other components.

The RGB controller, powered by Creative’s very own Aurora Reactive Lighting System, not only lights up the card through the PCB, but also gives gamers the flexibility to build their dream gaming rig by connecting up to four LED strips to match the awesome sound with an awesome light show. The fully customizable Aurora Reactive Lighting System allows users to choose from multiple presets or program it with up to 16.8 million colors and various rhythms to choose from, using the Sound Blaster Connect PC software.

Scout Radar is a smart companion that enables gamers to visualize and pinpoint their enemy’s position on a Scout Radar app with the user’s smart device, while Scout Mode lets gamers hear their enemies before they are seen. The all new Scout 2.0 feature is sure to give gamers that added winning edge. 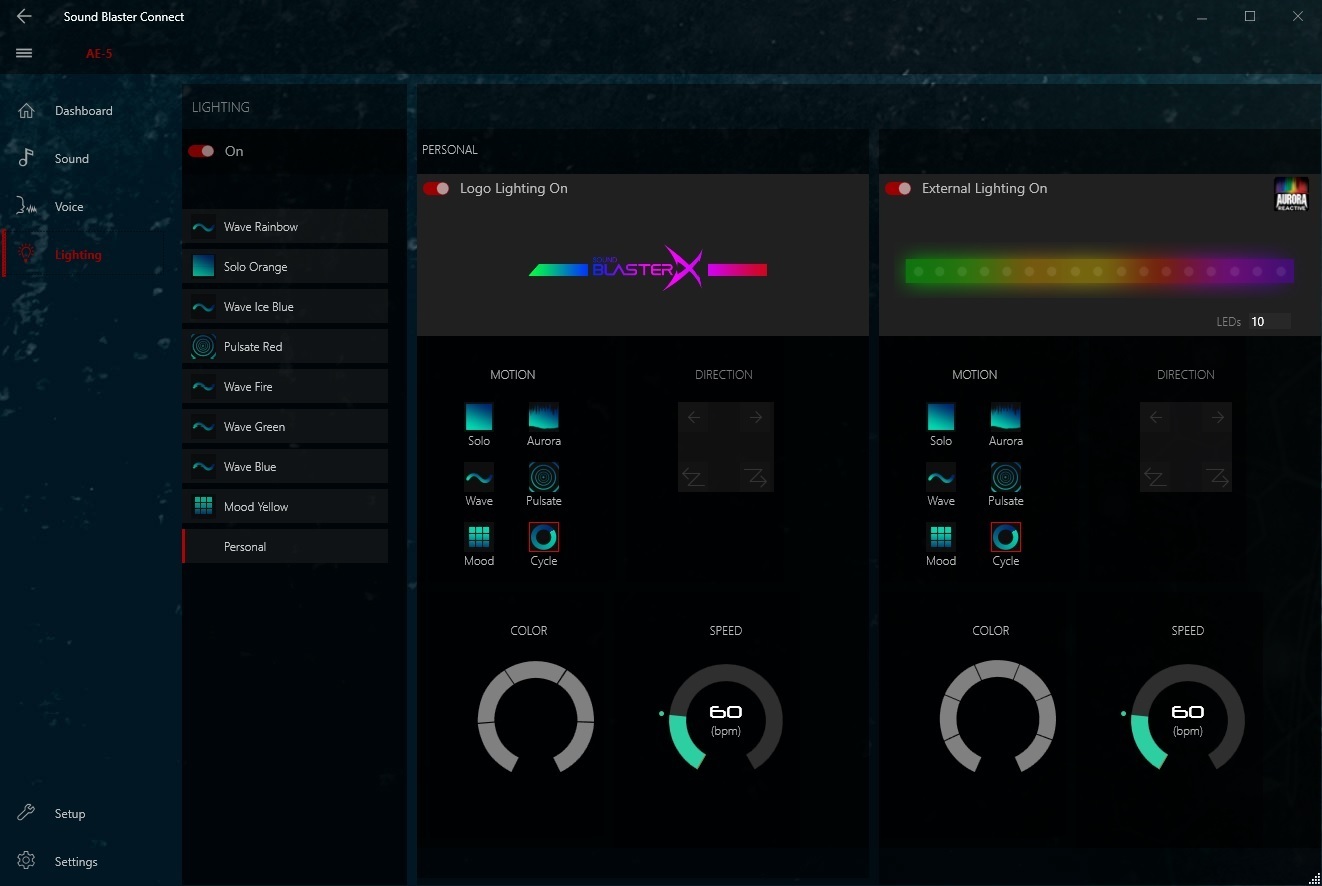 “The Sound BlasterX AE-5 represents the best amplification experience for gaming headphones that a sound card can offer. Since our very first sound card 30 years ago, we’ve always been passionate about sound when it comes to entertainment and gaming. The AE-5 embodies our continuing dedication in giving gamers the absolute best. This is an amazing way to celebrate the 30th anniversary of our gift of sound to the PC world: the Sound BlasterX AE-5,” said Low Long Chye, general manager of Creative.

“Discrete circuitry designs using components such as transistors and capacitors deliver audio with warmth and nuance that is seldom found in today’s commoditized audio products. With the AE-5, we have preserved the rich legacy of these quality components and combined it with world-class engineering and audio processing technology to deliver the absolute best audio experience for the PC. And that’s not all, the AE-5 also takes the sensory experience beyond sound with a 16.8 million color light show.”