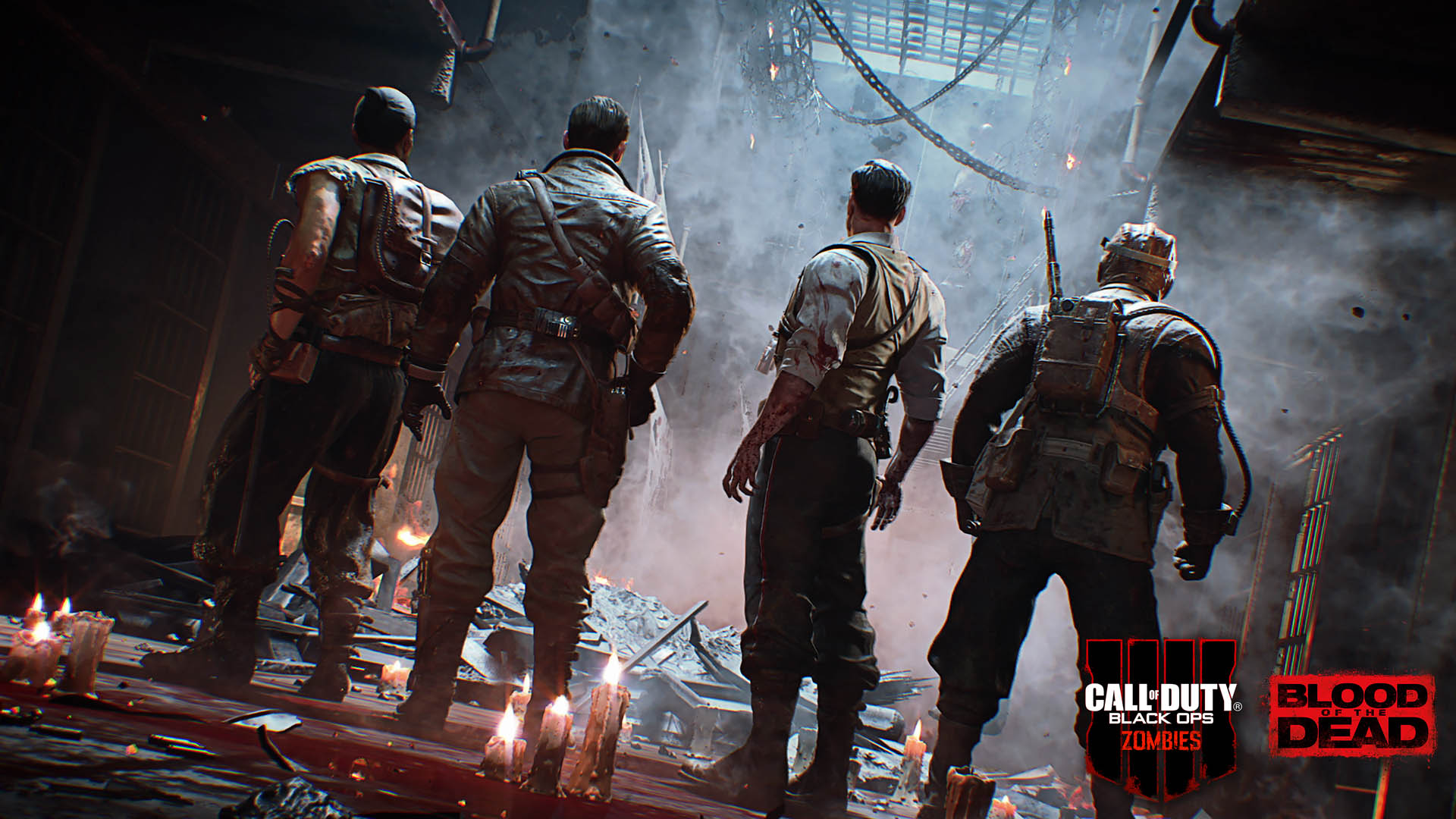 It’s time to soldier up because Black Ops is back!

The series which has become the most played in Call of Duty history as well as a cultural phenomenon around the globe returns October 12th, 2018 with the release of Call of Duty: Black Ops 4, a gritty, grounded, all-out combat experience.

Black Ops 4 raises the bar for Multiplayer mode that increases tactical gameplay and player choice, along with the biggest Zombies offering ever with three full experiences at launch, and Blackout, where the Black Ops universe comes to life in a massive battle royale experience featuring iconic characters and locations from all four Black Ops games in a one-of-a-kind offering that is uniquely Black Ops. Published by Activision and developed by award-winning studio Treyarch, Call of Duty: Black Ops 4 transforms the established universe played by hundreds of millions of fans with the largest gameplay experience ever created in the series.

“Black Ops 4 gives our community more ways to have fun with their friends than anything Treyarch has ever created and introduces meaningful innovations to every element of the game, including next level tactical team-based multiplayer, the biggest zombies offering yet and Blackout, where the largest map in Call of Duty history brings together the rich universe of Black Ops,” said Rob Kostich, EVP and GM, Call of Duty. “More than 200 million players have called Black Ops home, and they’ve played for more than 15 billion hours. This is an incredible community that has inspired the development team to take their innovative gameplay design to new heights.” 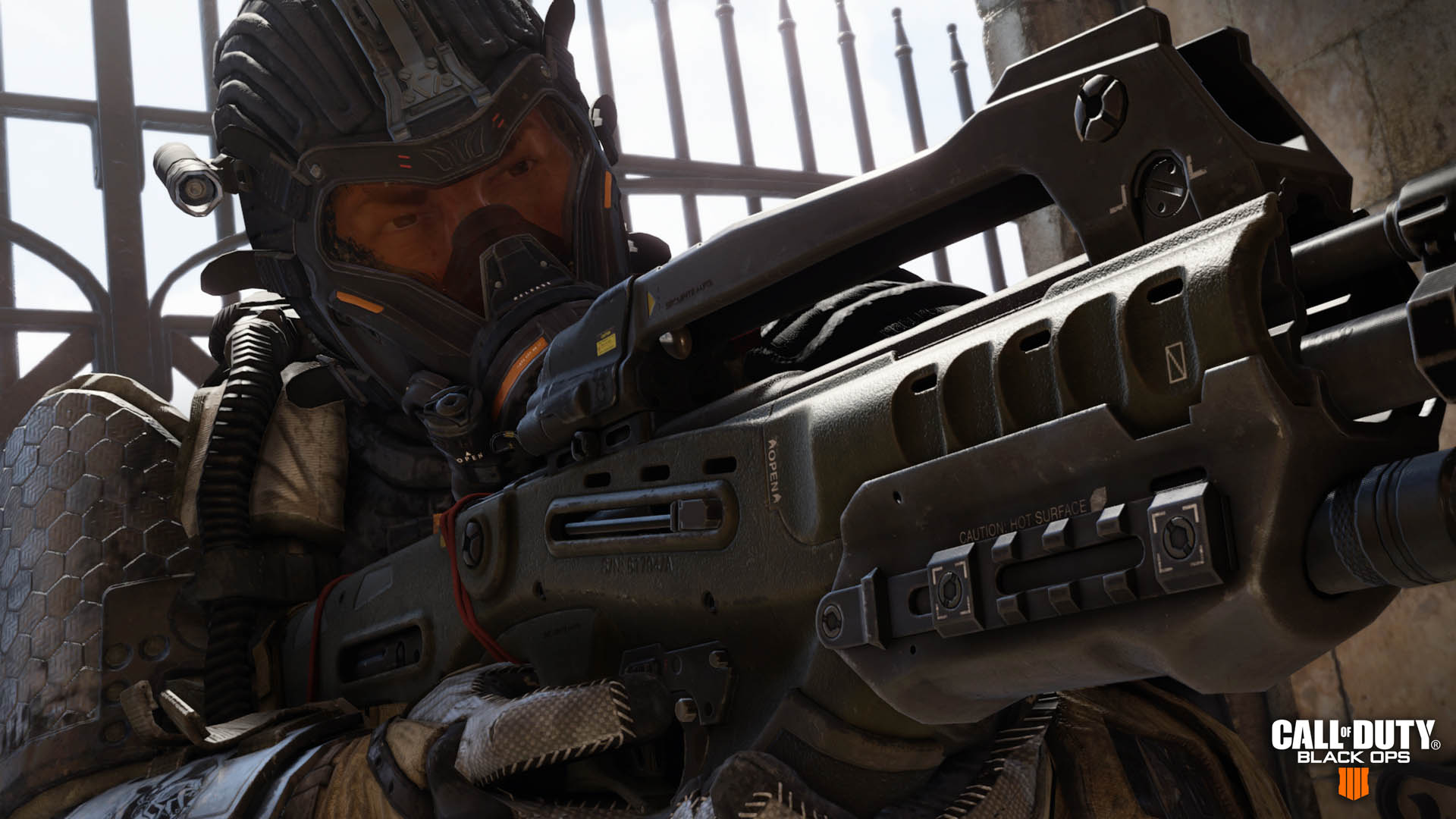 Call of Duty: Black Ops 4 features gritty, grounded, combat, along with new levels of customisation and tactical gameplay, and a variety of new weaponry, maps and modes for the ultimate Black Ops multiplayer experience. The game features the return of the iconic Pick 10 system, along with a series of innovations in weapon controls, combat flow, health regeneration, and player movement. Black Ops 4 goes deeper than ever before into the fiction of multiplayer, where players will explore the world of Specialists – who they are, why they exist, and what battles they fight together – while mastering their gameplay through solo and multiplayer combat experiences. Black Ops 4 features a combination of new and returning Specialists, each with their own unique weapons, equipment and playstyles. Players will be powerful alone, but devastating as a team working together.

“Black Ops 4 is by far the most ambitious title our team has ever created,” said Dan Bunting, Co-Studio Head, Treyarch. “At its core Black Ops has always been about challenging convention and boldly taking our gameplay in new directions. With Black Ops 4, we’ve designed an experience for all play styles and skill levels from casual to competitive. It brings a layer of tactical depth that rewards players for mastery, and just feels so good to play.” 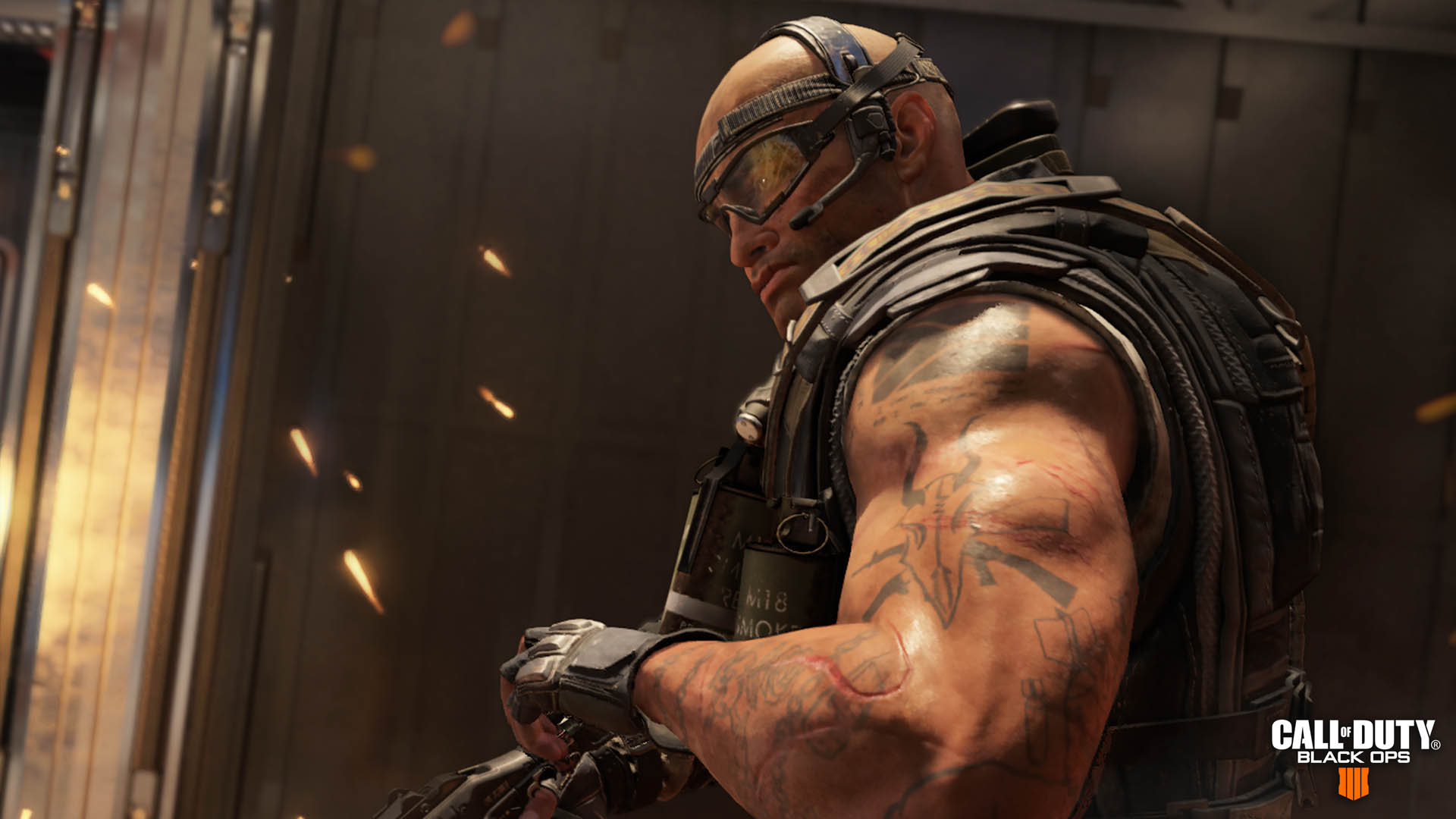 Celebrating the 10-year anniversary of the original Call of Duty Zombies, Black Ops 4 also debuts an entirely new and unprecedented Zombies experience that’s the biggest Day One offering in franchise history – with three fully-featured Zombies experiences at launch – IX, Voyage of Despair and Blood of the Dead. With immersive new adventures, a brand-new cast of characters and a nefarious new enemy, Black Ops 4 Zombies will feature the deep gameplay and easter eggs that the rabid community of fans devours. It also includes the most customisable action to-date, new systems for creating and completing community challenges, and social systems designed to connect players.

Black Ops 4 also reintroduces difficulty levels and an in-game tutorial to onboard new players to the Zombies universe, while giving hardcore players the option of ratcheting up the challenge. Additionally, Zombie Rush is a brand new mode that streamlines the gameplay experience, introducing enticing new challenges to grizzled veterans, while creating a whole new tempo of gameplay for newcomers. 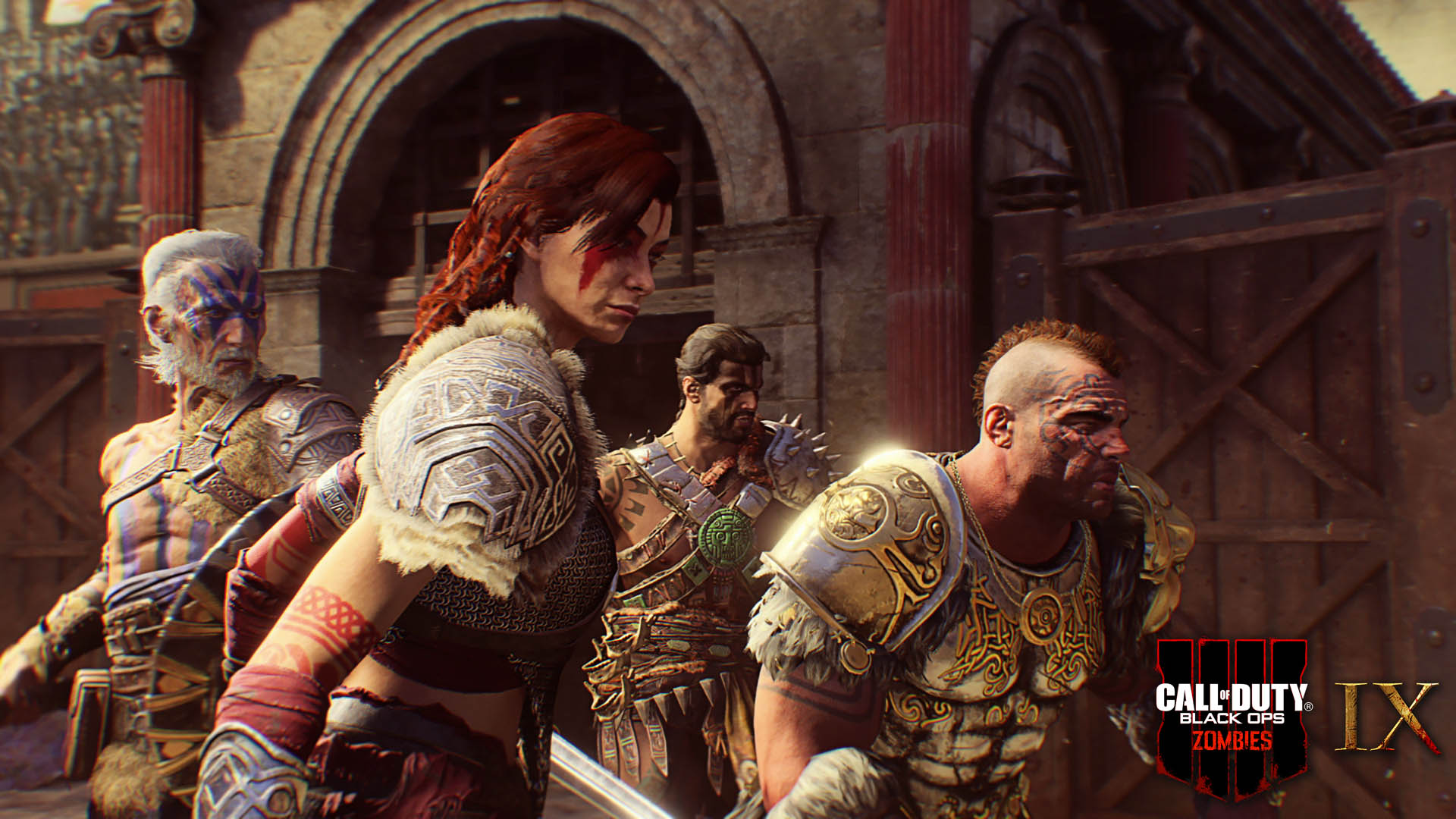 In addition to unveiling Multiplayer and Zombies in today’s world premiere, the team also introduced Blackout – the new battle royale-style experience that combines Black Ops’ signature fast, fluid, guns-up combat, with fierce new levels of survival competition across iconic Black Ops settings re-imagined at a colossal scale. Blackout is an experience unlike any other game or mode in Call of Duty history, where players will have to scavenge, strategise, compete and survive to win. Featuring the largest map ever built in Call of Duty – 1,500 times bigger than Nuketown – Blackout thrusts players into a collision course as they play as classic characters spanning the history of the Black Ops series including the original Call of Duty Zombies Origins cast.

Battling solo or in teams, players will engage in diverse combat complete with ground, air and sea vehicles across a gamespace unlike anything ever in Call of Duty. Players will encounter fan-favourite Black Ops map locations and call upon a massive arsenal of Black Ops weaponry and equipment as the winner-takes-all action creates a new way to play Call of Duty. 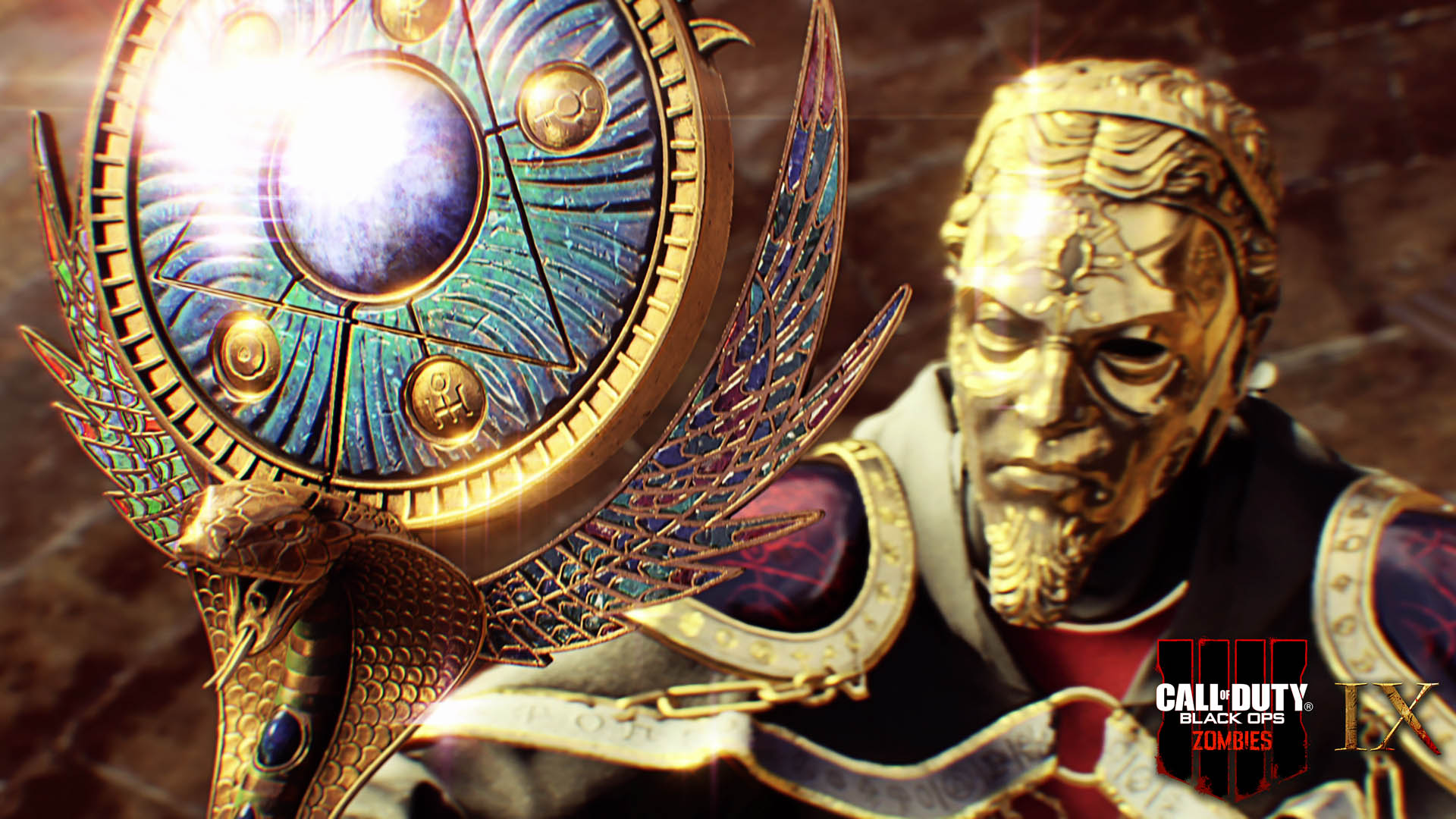 “The Black Ops community means everything to us, so we knew in order to deliver something really special for our fans like Blackout, with the biggest map we’ve ever created in Call of Duty, we had to push ourselves and our tech to the absolute limits,” said Mark Gordon, Co-Studio Head, Treyarch. “The same goes for our PC community. They have inspired and fueled us to set a new standard on PC across every aspect from dedicated servers and security to full optimisation and polish that’s worthy of both Black Ops and Battle.net.”

For the PC, Treyarch is co-developing with Beenox, who together are working closely with Blizzard to optimise Black Ops 4 for Battle.net. Black Ops 4 represents the largest development team assembled for a PC title in the series. Black Ops 4 on PC will have uncapped framerate, 4K resolution and HDR, support for ultra-wide monitors and the ability for players to extensively customise the performance and visual quality for their specific hardware. In addition, players will be able to select from pre-set control options, including options for left-handed players, or fully customise the keyboard and mouse controls to their preference.

In addition, Treyarch and Beenox worked closely with the team at Blizzard to incorporate Battle.net’s social systems, security, and server stability into Black Ops 4, to prepare for the release on Battle.net on October 12th, 2018.