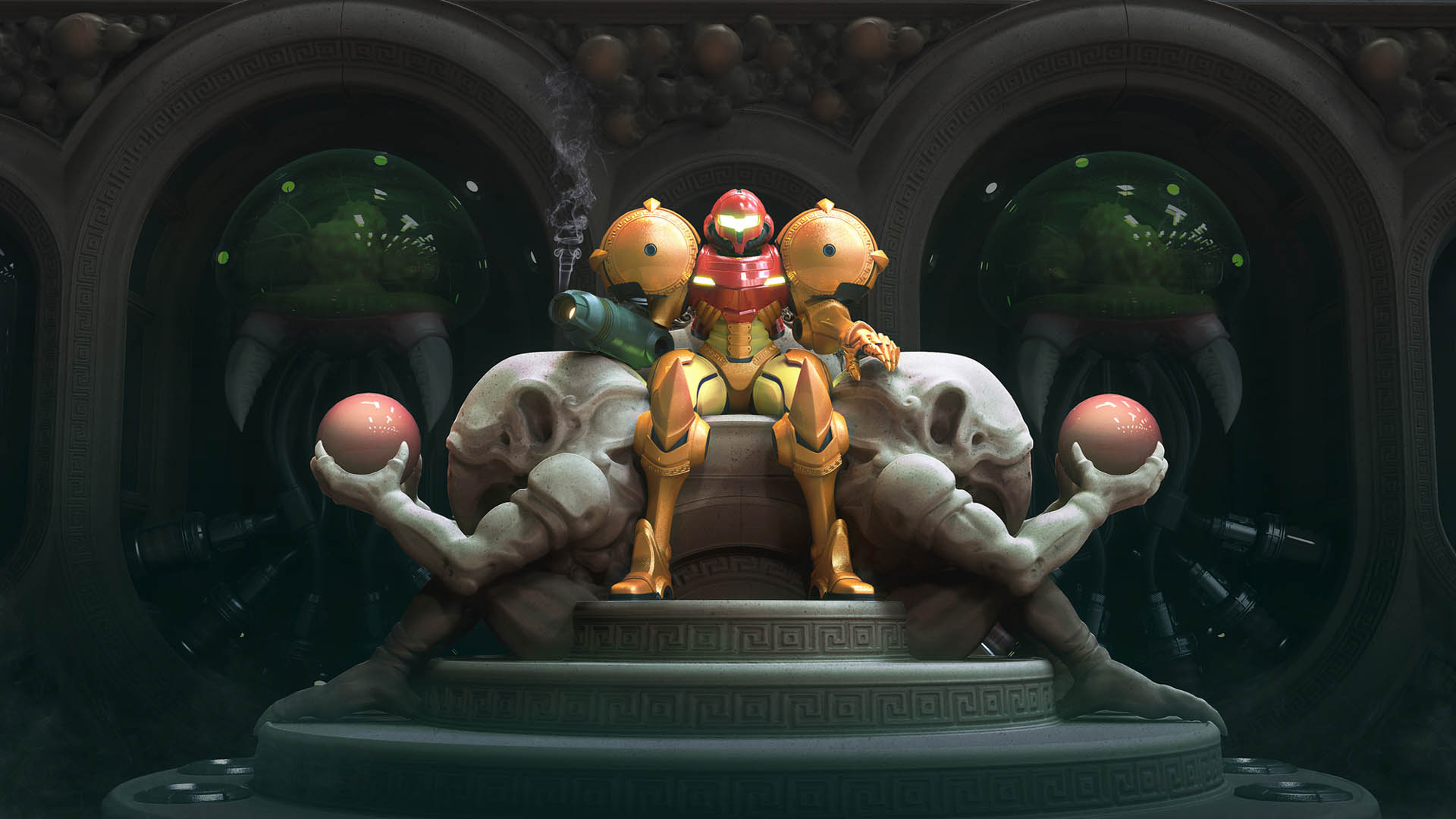 It’s been many years since a new Metroid game has been released, especially for a classic 2D adventure. “Metroidvania” games, as they’re known, have become a vibrant genre with entries, such as Hollow Knight and Ori and the Blind Forest taking up the mantle left behind by Nintendo. In many cases they’re improved upon the formula, adding in modern-day niceties and sensibilities. Having abandoned the 2D side-scroller metroidvania for so long then, how will publisher Nintendo and developer MercurySteam fare when they attempt the same with 3DS exclusive Metroid: Samus Returns?

In a way it should be easy. Metroid: Samus Returns is a remake of Metroid II for the original Game Boy. Take the old game, slap on a new coat of paint and release it, right? We already know the core of the game is what we all want, a Metroid game. But to say that Samus Returns is simply a port of the Game Boy game doesn’t cover the extensive redesign and thought that has gone into every aspect of the experience. It’s an incredible feat of re-imagination, while maintaining what makes Metroid such an iconic Nintendo franchise, even years after the last release. 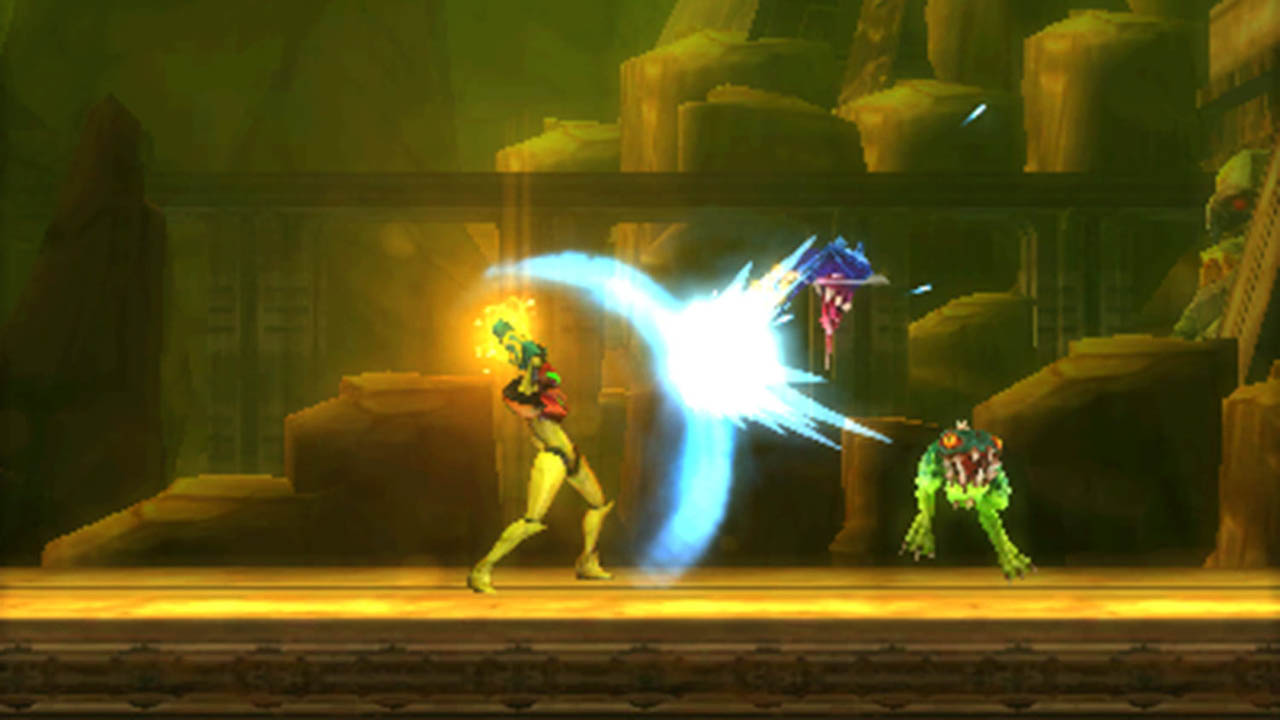 The best that can be said about Samus Returns is that it feels like a Metroid game, it’s familiar tones, systems and world all feeling as familiar as other entries in the franchise. You’ll be doing all the usual Metroid things, exploring labyrinthine worlds and discovering new and returning abilities, which allows you to explore further and find even more abilities. In that sense nothing has changed, but everything else has.

MercurySteam and Nintendo have re-examined every part of the original Metroid II and brought it into modern era. From the polygonal graphics, the addition of a melee counter, free-aiming and perhaps one of the best uses of the Nintendo 3DS’ 3D functionality, this is as modern a metroidvania as anything else in the franchise. It also allows the franchise to move forward and out of the shadow of Super Metroid without leaving behind what made that game the progenitor of the genre.

This is the first 2D side-scroller Metroid to use polygonal graphics, which could have been a controversial choice. Fortunately, the developers have been able to translate the world and eerie mystery captured so perfectly in pixel art into a polygonal representation. Backgrounds give a fantastic sense of scale, and enemies zoom in and out between the different layers. This sense of depth helps to give you an idea of how alone Samus is and how great of a threat she faces. 3D only adds to this, and I would recommend playing with the 3D up as far as you can handle. Using 3D, backgrounds stretch into the distance and Samus herself seems like a more realistic character. The extra resolution of the 3D layer also helps to sand off some of the shortcomings of the 3DS’ low resolution screen. 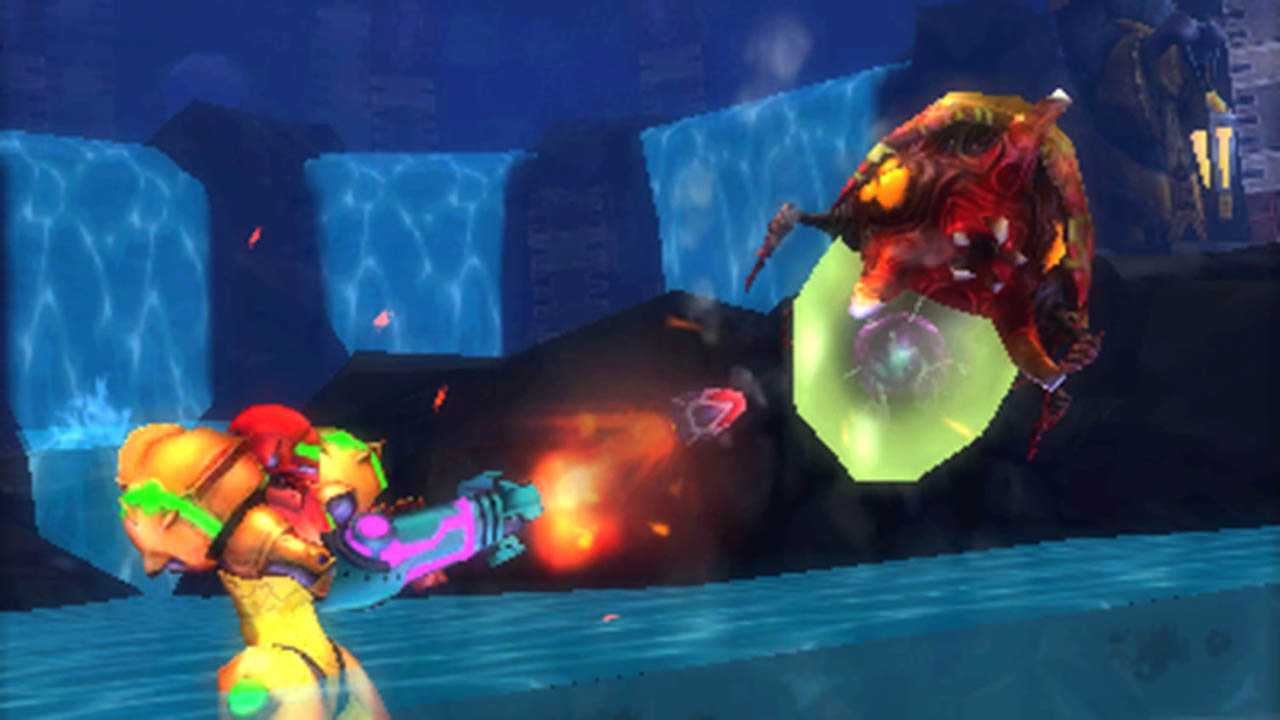 Controls have also been overhauled. Instead of eight directional points, Samus can now free aim by holding down a button. This alone makes combat feel much more fluid, freed from the tyranny of the D-Pad’s limitations. It makes the game feel easier, but only in the sense that older games now feel unnecessarily limited. Another significant change to combat is the melee counter. By pressing the button at just the right time, Samus performs a counter attack, pushing back your enemy and temporarily stunning them. Boss fights in particular are centred around countering at just the right time, then pressing the advantage when your enemy is down. You’ll be using the counter often, particularly as enemies attack as soon as you’re on screen. This can seem unfair at times. If an enemy is right above what’s visible on screen, even a small jump, bringing them into view, will make them attack. Being attacked by something you can’t see, or can only see for microseconds is frustrating, especially in an exploration-focused game. That said, energy to restore health is relatively easy to come by, so being attacked by offscreen enemies won’t generally get in the way, but I wish I had just a couple of seconds more time to counter enemies.

One area where Samus Returns hasn’t messed with is the soundtrack. Kenji Yamamoto and Minako Hamano, composers on Super Metroid, have returned to score Metroid Returns, and their impact is obvious. Ominous synths abound, weapons have that just-right sound, and enemy cries are all distinct. It also makes fantastic use of stereo, something 2DS owners will unfortunately miss out on unless they use headphones. The soundscape helps both to establish and ground the atmosphere, keeping the game from space-opera chintz and as vital telegraphs for combat. I found playing the game on mute (such as when I forgot my headphones for the bus) made the game substantially harder. 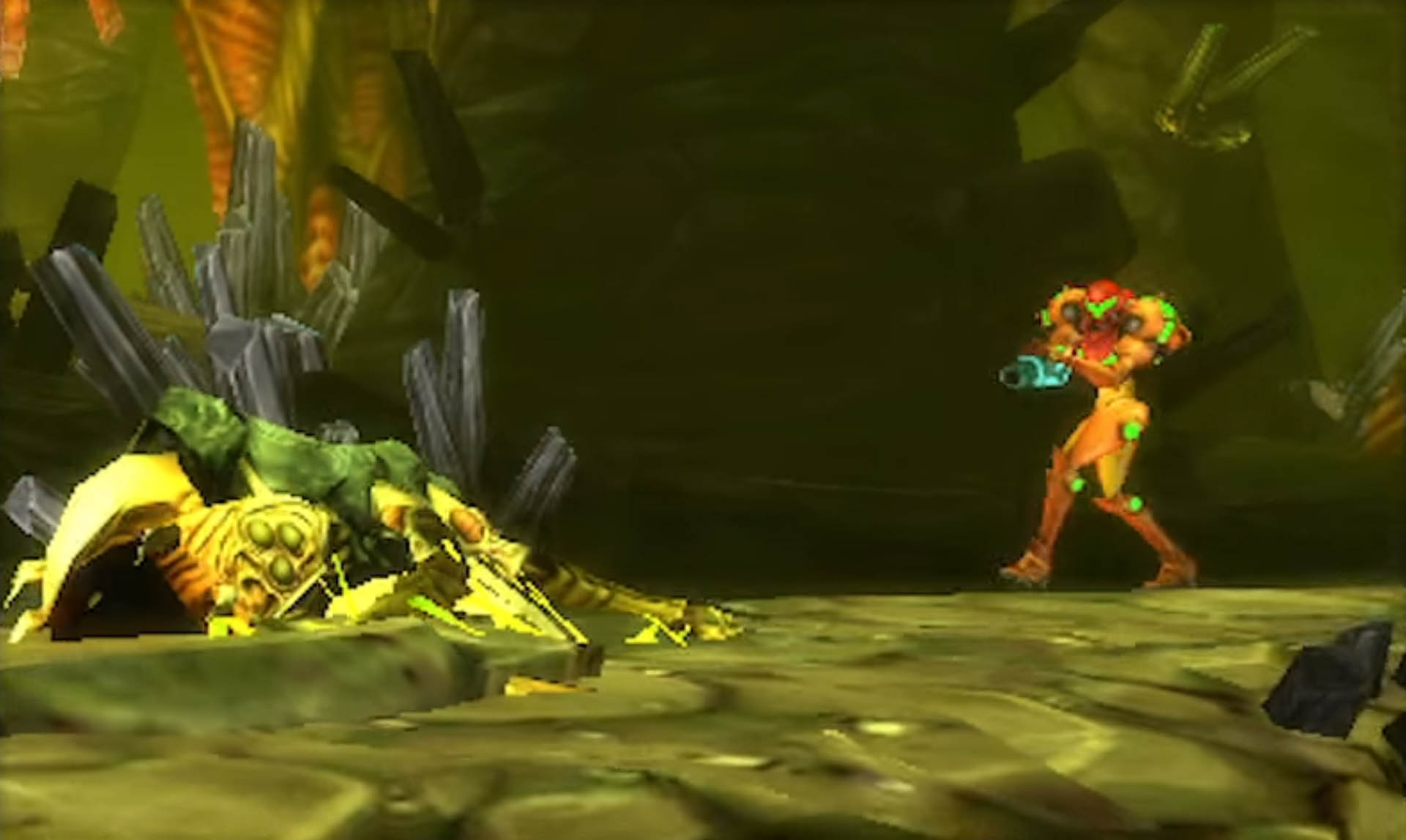 As with all modern Nintendo games, amiibo support is included in Samus Returns. This has proven somewhat controversial, as the Metroid amiibo does unlock an extra-hard fusion mode played in Samus’ fusion suit. Once you beat the game a harder mode is unlocked, but locking away a whole mode behind an amiibo can be frustrating, mostly given the scarcity of certain amiibo – try finding a Guardian amiibo, months after Breath of the Wild’s release. I think Nintendo should include a way to unlock it that doesn’t require the amiibo, even if it were (reasonably-priced) paid DLC.

And as with all this winter’s 3DS releases, the question remains why isn’t this on the Switch? I understand that development began years ago, before the Switch was announced, but with such a slate of high-quality games on both of Nintendo’s portable consoles, having to decide which one to bring (or making room for both) is not an optimal solution. That’s without mentioning the potential benefits of a much higher resolution, giving the beautiful visual design of the game a chance to shine on modern hardware.

But Samus Returns makes an extremely strong case for lugging your 3DS with you, alongside or even instead of your Switch. It’s fantastic to see such a high-quality game released this late into the 3DS’ life, one that has had so much care poured into it on every level. For those who have been urging Nintendo to make a new 2DS Metroid, you will not be let down. Metroid: Samus Returns is perfectly titled: Samus has returned, better than ever. 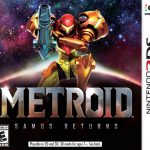