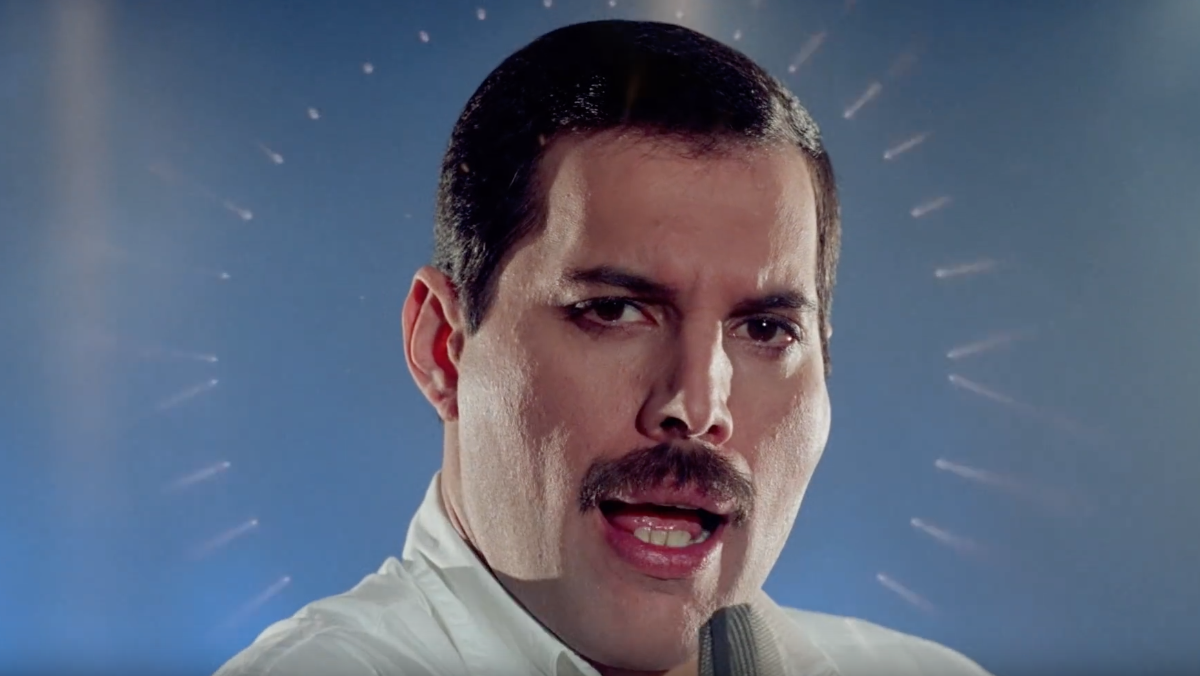 Freddie Mercury’s spirit is every bit as central to the fabric of popular music today as it was during his unforgettable lifetime. The spectacular global success of the biopic Bohemian Rhapsody, with global box office takings now close to one billion US dollars, was a powerful testament to Freddie’s presence as the ultimate rock frontman with Queen. But now comes a unique release to showcase the full range of his musical talents and passions, and their indelible imprint on the worlds of pop, opera and far beyond.

Set for release by Hollywood Records in North America and Mercury Records in the rest of the world on October 11 2019, the Never Boring box set brings together for the first time a specially-curated selection of Freddie Mercury’s music, visuals and written and spoken words. It is a collection to jog the memory of fans, old and new, as to why Freddie remains such a beloved figure, nearly 30 years after his death. The set reminds us that Freddie was an exceptional singer, songwriter, performer and human being whose special kind of magic is captured in this exceptional collection of his solo work.

The package is meticulously compiled and produced by Queen’s long time sound team Justin Shirley-Smith, Kris Fredriksson and Joshua J Macrae who also co-produced the Bohemian Rhapsody film official soundtrack album which became one of the biggest selling albums of 2018 / 2019. The album has remained high the UK charts since its release in November 2018 and in the US became Queen’s biggest selling album in 38 years. 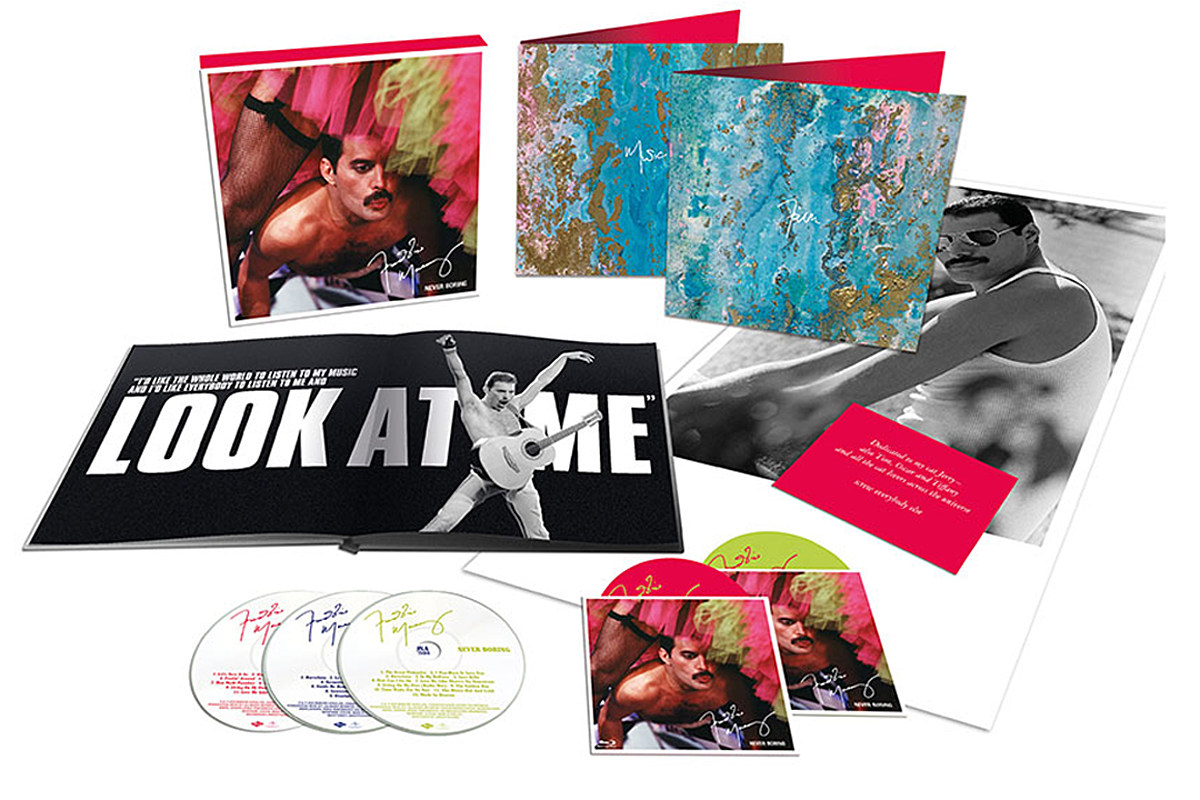 Taken from the very best original source material available, the full Never Boring collection contains three CDs with 32 tracks; a Blu-ray and DVD featuring 13 promo videos and interview; a 120-page 10”x10” hardback book full photos, many of them rare and unpublished, as well as thoughts and choice quotes from Freddie himself, and an introduction from Rami Malek, who earned an Oscar for his portrayal of Freddie in Twentieth Century Fox Film Corporation’s Bohemian Rhapsody.  Specially created insert packaging includes a double-sided poster containing an image of Freddie and an original work from synesthetic artist Jack Coulter inspired by the song ‘Mr Bad Guy’.

The three CDs include a new 12-track compilation of many of Freddie’s greatest solo performances; a newly mixed 11-track special edition of Mr Bad Guy; and the nine-track 2012 special edition of ‘Barcelona’ featuring full orchestra. The Blu-ray and DVD of Freddie’s promos and his stage performances with Montserrat Caballé include eight that have been painstakingly reassembled from the original 35mm film rushes to give them the best-ever visual and sound quality.

It will also be possible to buy and listen to the albums individually on CD, vinyl and on digital and streaming services. 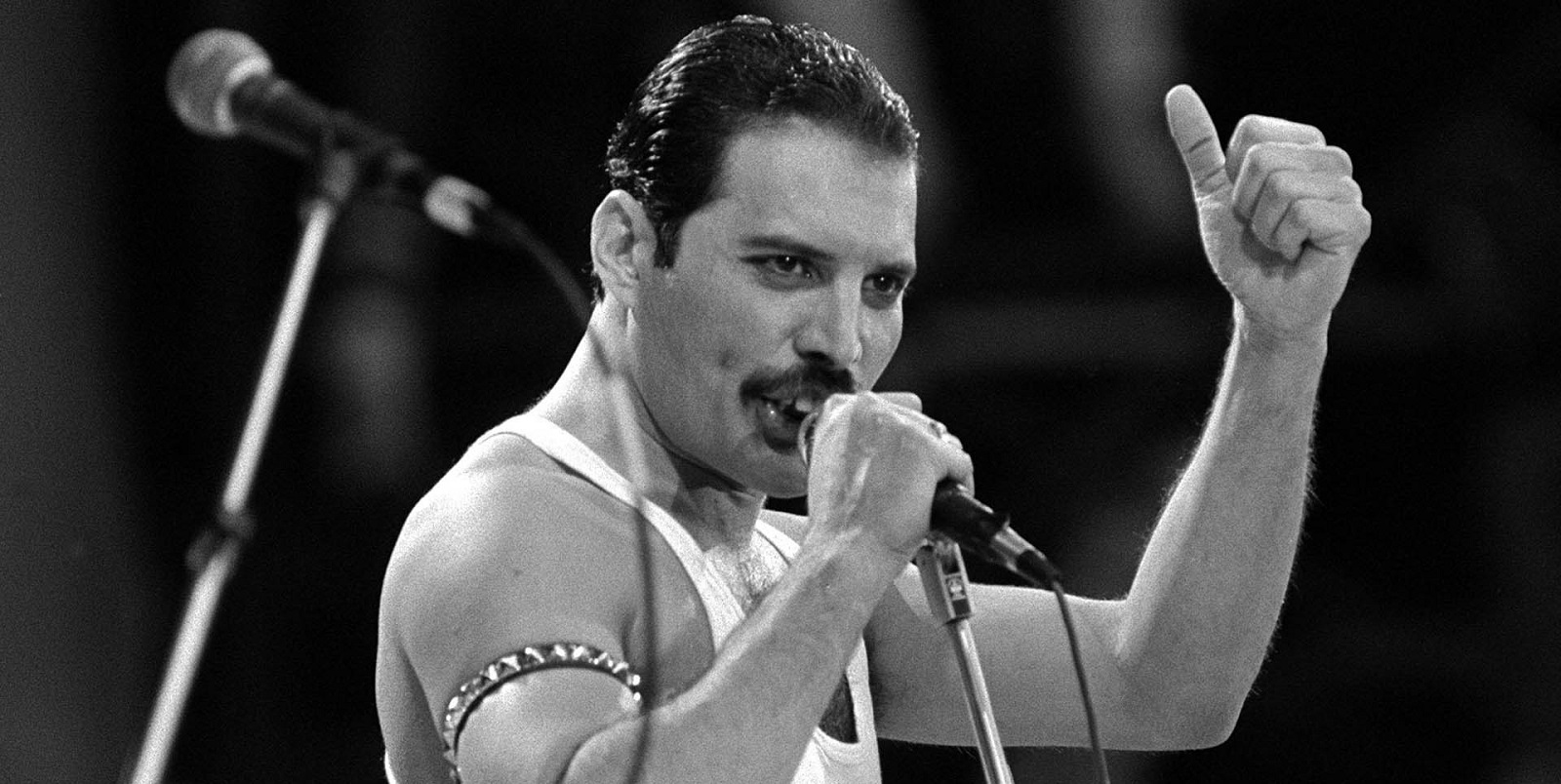 Much of the music and the promo videos featured in the Never Boring collection date from the period from late 1984, when Mr Bad Guy was recorded in Munich through to Freddie’s last ever on stage performance, at a special festival on the steps of Montjuïc in Barcelona on October 8 1988. It was a festival specially staged in the presence of the King and Queen of Spain to welcome the Olympic flag to Barcelona.

“I had a lot of ideas bursting to get out,” Freddie once explained, “and there were a lot of musical territories I wanted to explore which I really couldn’t do within Queen. I wanted to cover such things as reggae rhythms and I did a couple of tracks with an orchestra.”

The set includes the recently discovered track ‘Time Waits For No One’ produced by Dave Clark which has recently taken the internet by storm and a haunting little-known track ‘Love Me Like There’s No Tomorrow’ immortalised in a new animated video by award winning duo Beth David and Esteban Bravo.

For all the 2019 ‘special edition’ tracks on Never Boring and the Mr Bad Guy album, sound team Justin Shirley-Smith, Joshua J Macrae and Kris Fredriksson have taken the very best original source material available. They went back not to previously remastered and mixed tapes, but to the original source multi-track tapes, so that they could build a new mix true to Freddie’s original versions, now taking advantage of the time, resources and technology that Freddie may not have originally had available to him in the 1980s. All offer ultimate quality, first generation vocals showing off Freddie’s incredible vocal range. 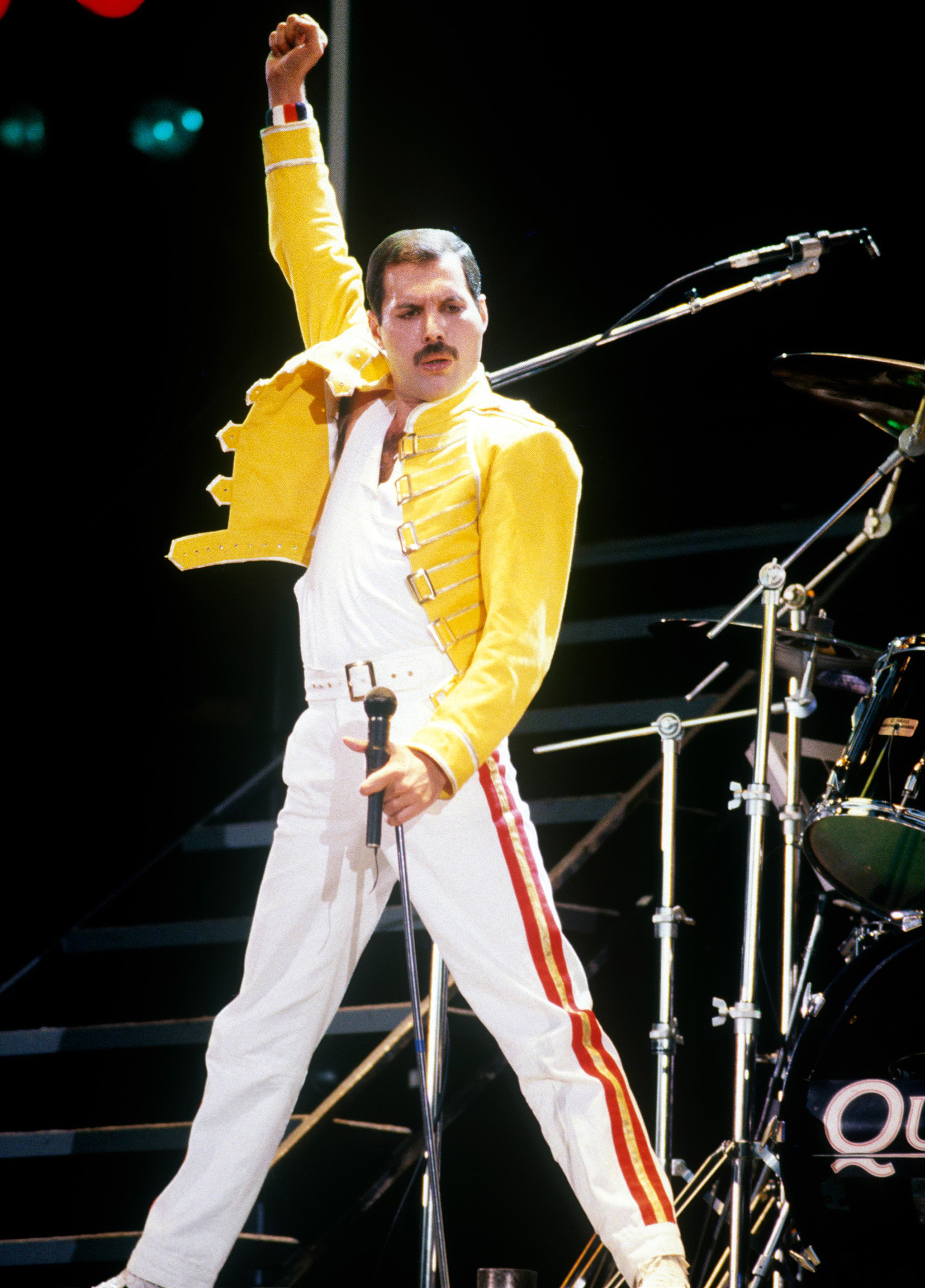 The special edition of the Barcelona album had been reworked in 2012 using similar methods, but what was missed by many at the time was that the 2012 edition replaced the previous instrumental tracks with new, live symphonic orchestration and percussion, rather than synthesisers and drum machines used on the original album.

Specially arranged by Queen orchestral arranger Stuart Morley, the 80-piece Prague FILMharmonic Orchestra now performs the symphonic score, while Rufus Taylor — the son of Queen’s Roger Taylor — plays drums on ‘The Golden Boy’ and ‘How Can I Go On’, a track that also features John Deacon’s bass guitar. The special edition of the “Barcelona” album is now waiting to be rediscovered by fans of Freddie and Montserrat. The same painstaking care in rebuilding the audio tracks has been used to bring all of Freddie’s original video promos to life again.

To recreate the new promos from Freddie’s original storyboards, eight of the promos have been totally reassembled from the original 35mm film rushes to give them the best resolution and sound quality possible. This required the team to go through all the film rushes to find those that exactly matched the footage originally chosen and used by Freddie, and then to recreate any special effects used at the time. Some of the promos have needed substantial restoration, with artists manually restoring frames that were damaged or missing.

Bonus videos include the first performance of ‘Barcelona’ by Freddie and Montserrat Caballé in front of a live audience at the Ku Klub (now Privilege Ibiza) in May 1987; the extended version of ‘The Great Pretender’, which includes backstage footage of Freddie’s very special backing singers preparing, they being Roger Taylor, Peter Straker and Freddie in drag; and a rare “Time” interview with Freddie and Dave Clark. 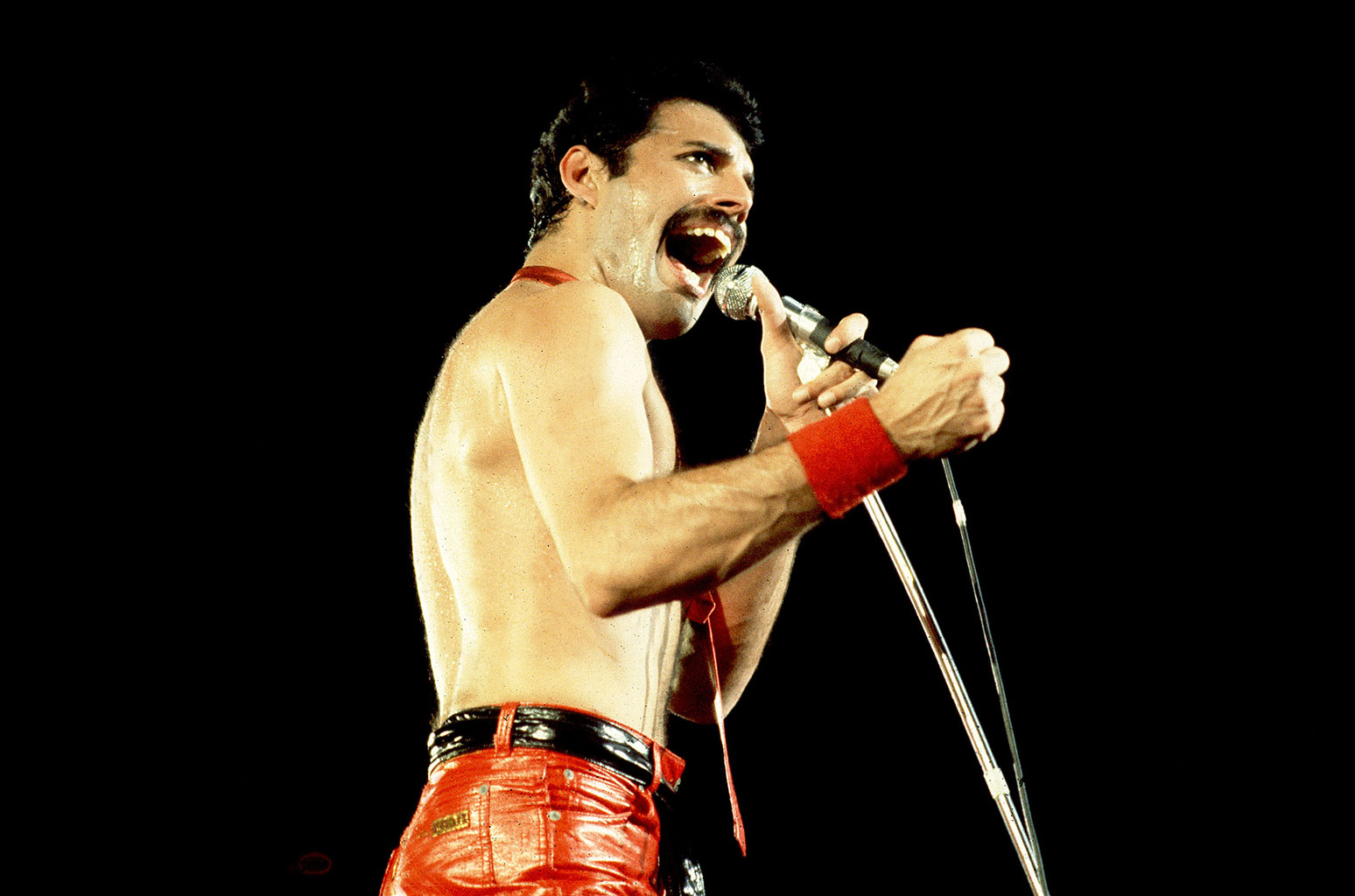 Roger Taylor’s contribution as a backing singer on ‘The Great Pretender’ is not the only link to Queen on Never Boring. Roger also plays percussion on ‘Love Kills’ which also features Brian May on lead guitar and John Deacon on rhythm guitar. As mentioned, John also plays bass on ‘How Can I Go On’ and Brian contributes guitar to ‘She Blows Hot and Cold’.

The entire Never Boring package reflects Freddie’s eclectic tastes and love for life. As he himself said: “Some people can take second best, but I can’t. I look upon it as defeat. If you’ve got the taste of being number one, then number two isn’t good enough.”

Rami Malek, who won best actor at all the major global award ceremonies for his performance as Freddie in Bohemian Rhapsody says: “’Never Boring’ brings to your life a piece of Freddie. I hope you’re able to sit with this collection and let the music, images and excerpts of Freddie Mercury’s life inspire you, like it did me. I hope you remember that your uniqueness is a gift, and what you do with it is your gift to the world. I hope like Freddie, you’re able to smile in the eye of a storm, focus on life’s silver linings, live boldly, and most importantly, live a life which is Never Boring.”