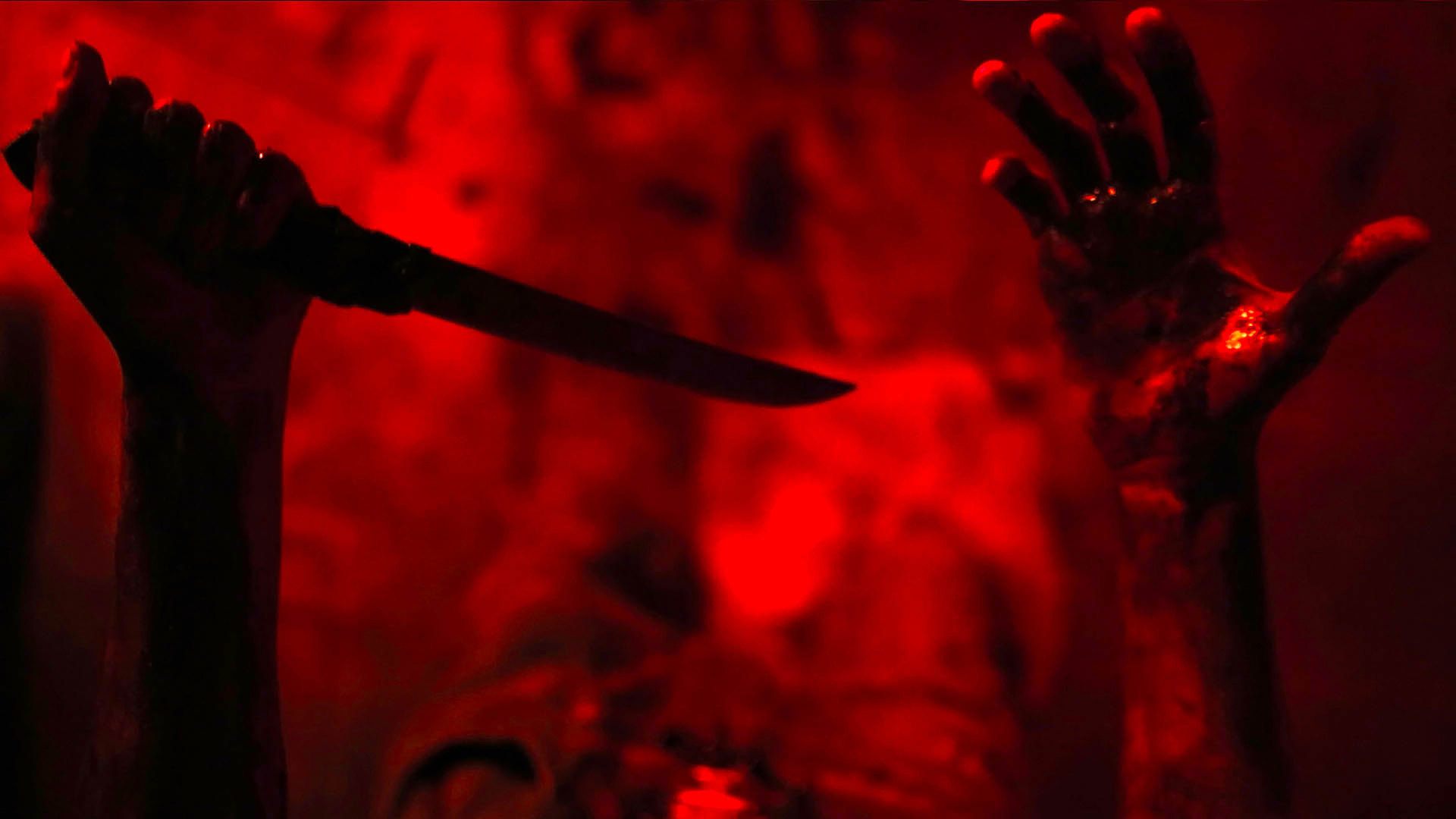 A pandemic, zombie apocalypse and a drug crazed serial killer.

Necropath by director Joshua Reale Is very much styled to Grindhouse films.

A pandemic has brought civilisation to a point nearing an apocalypse. The infected turning into flesh eating zombies. Throw in to this mix a very insane serial killer who has two addictions that are dependant of each other – shooting up with drugs and killing anyone he sees. 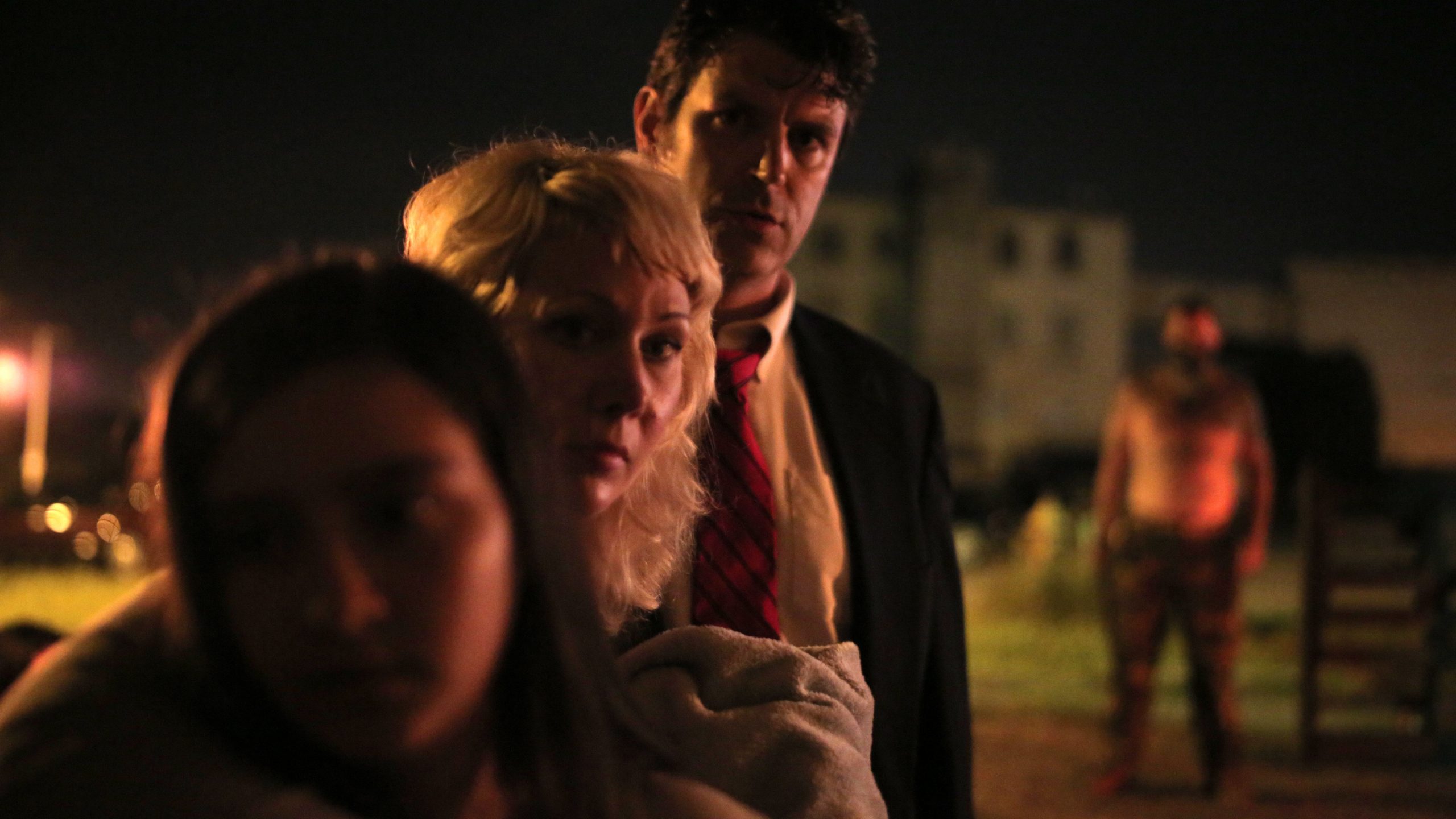 After tangling with a zombie on the street and getting bitten the killer comes across a lone mother with her young son hiding out from the zombie plague in a store.

Before he can kill them both, a policeman saves the mother and son and takes them in to the stores basement. But is the child and cop really safe down there?

The killer soon focuses on the pursuit of a teenage girl he discovers on the street. A girl who rescues a baby. 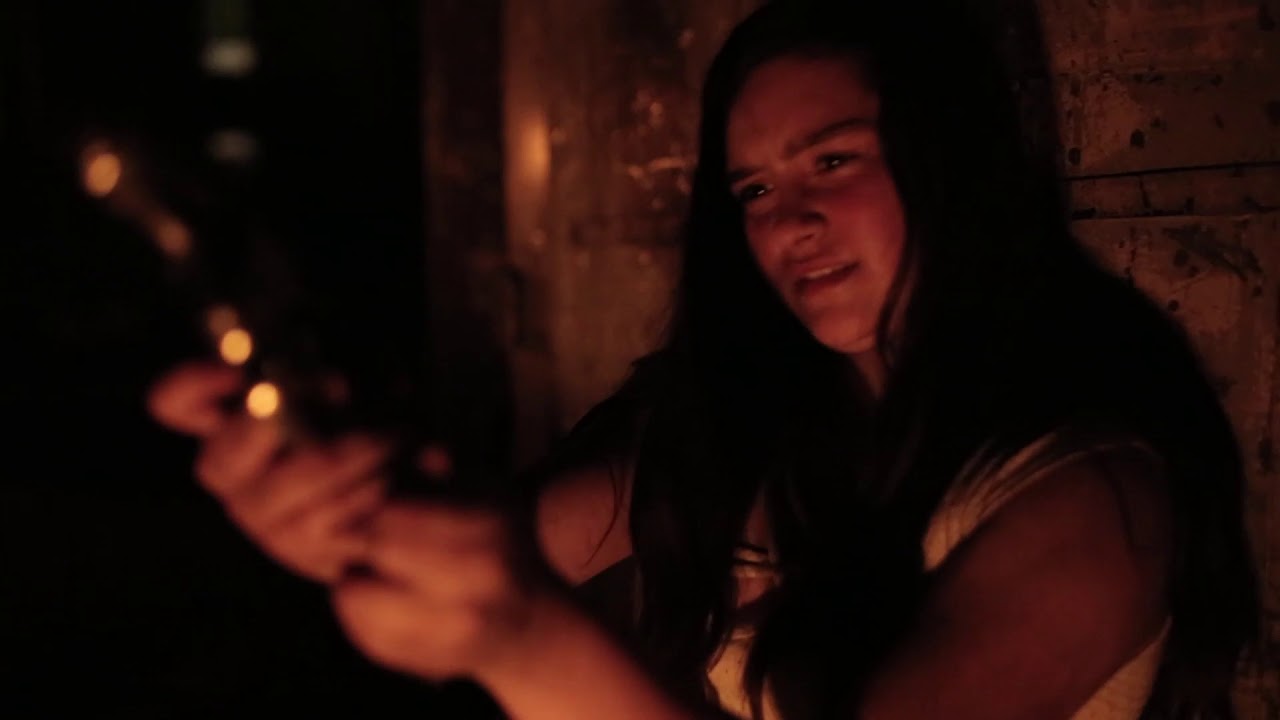 The cast is small, generally we only see the same few zombies, but this shouldn’t distract from what Necropath has to offer.

If you’re a fan of Grindhouse, a lot of blood and gore then Necropath is a film you really need to see.

Dark, gruesome and loaded with backing audio that adds to the twisted madness, Necropath. Loved it. 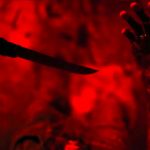